Mediterranean and Black sea very warm: up to 4 °C warmer than average for now

The Mediterranean sea and the Black sea are both much warmer than is usual for this time of the year. 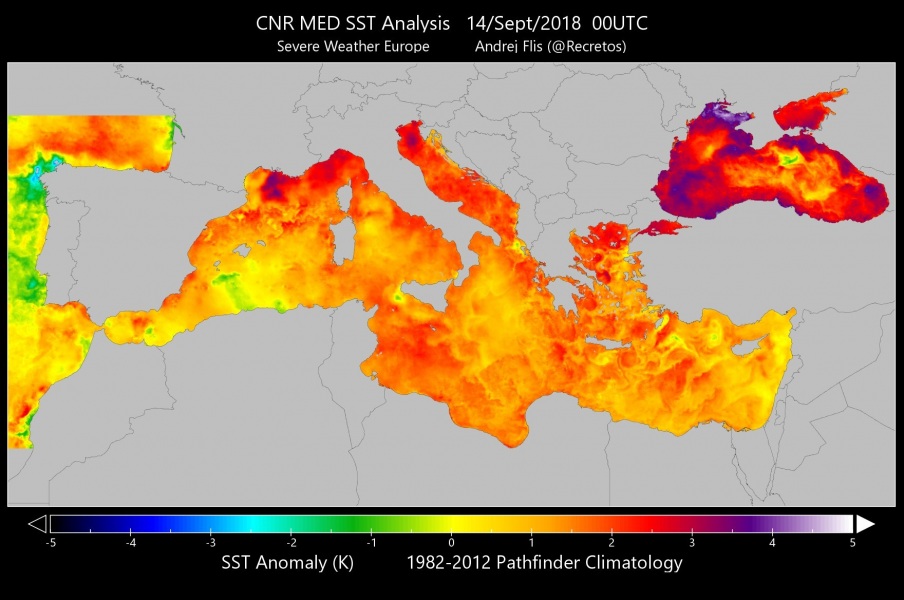 Sea surface temperature anomaly (difference between current and average temperature) over the Mediterranean and Black seas on September 14. Map: our co-admin Andrej Flis.

Above average sea surface temperatures increase moisture content in the airmass over the sea, increasing convective instability and fueling thunderstorms. It also provides more precipitable water for late autumn flood setups along the coastal areas of the Mediterranean. 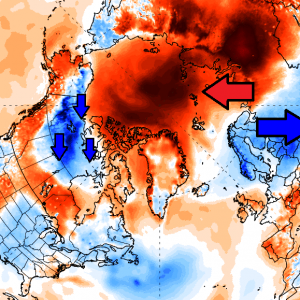