A very intense rainfall with major flash floods in still on going across parts of North Carolina, a day after landfall of hurricane Florence. Now the center of Florence is weakened and inland over the eastern South Carolina, but a pronounced moisture flux convergence is maintaining a robust convective line/band from the warm Atlantic ashore into North Carolina. Locally more than 25-30 inches (600-750 mm) of rainfall has already been reported. As well as major flooding on going. Additional rainfall is expected as models are suggesting convective bands will be maintaining for another 36 hours.

Satellite imagery of Florence revealing an impressive structure of the vortex with intense convective lines maintaining across North Carolina. 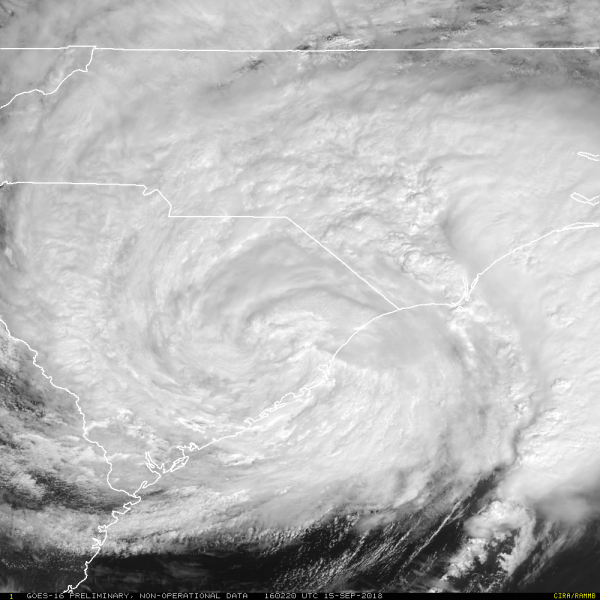 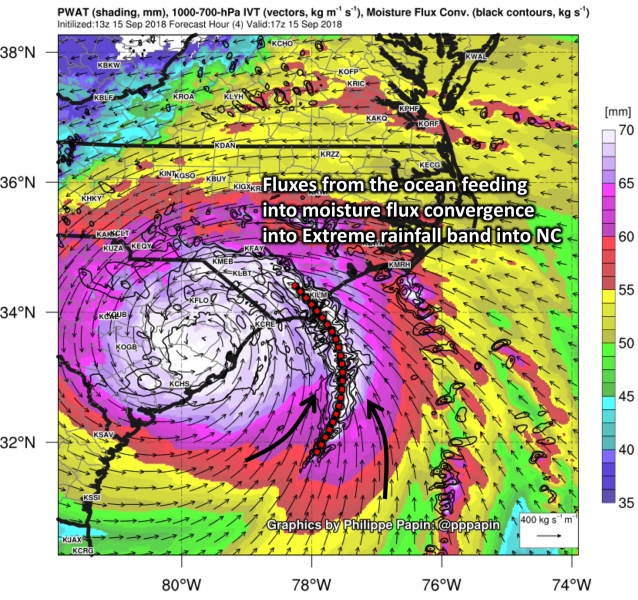 An estimated rainfall totals based on the radar, while better analysis has been made by the NOAA, combining rain gauges as well: 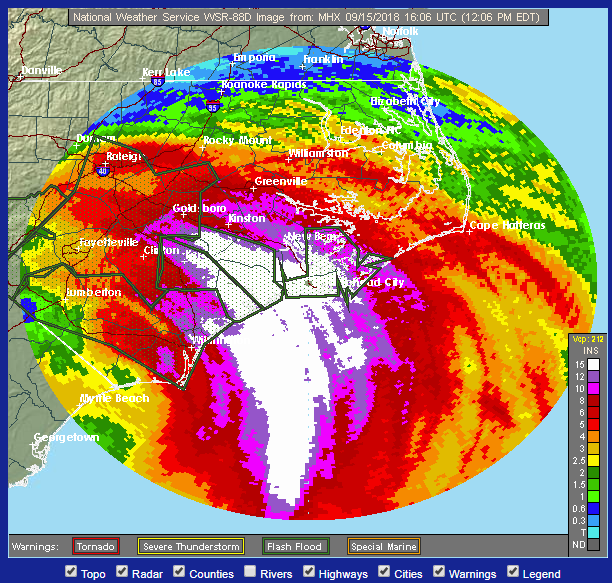 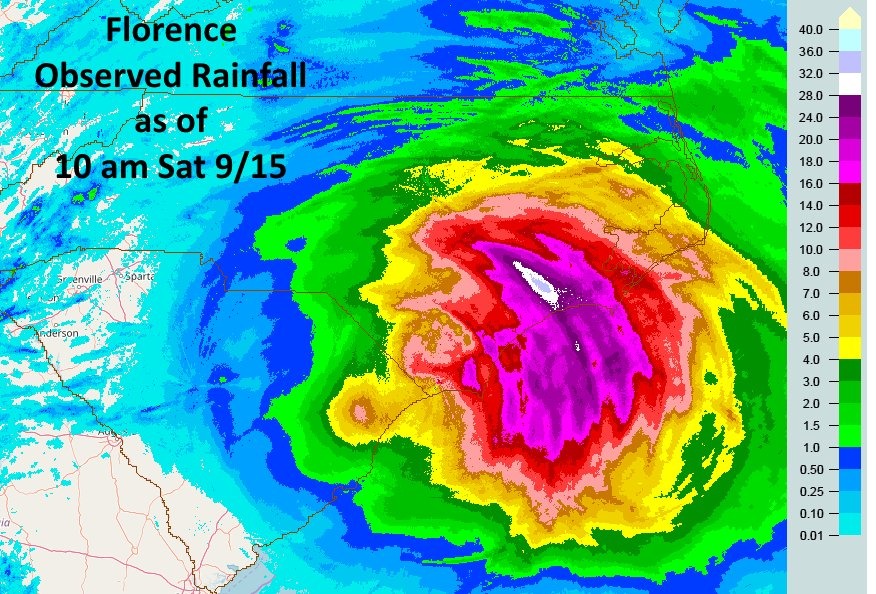 Rainfall totals for many stations across North and South Carolina – locally more than 25 inches or 600 mm has been reported so far. More is expected! 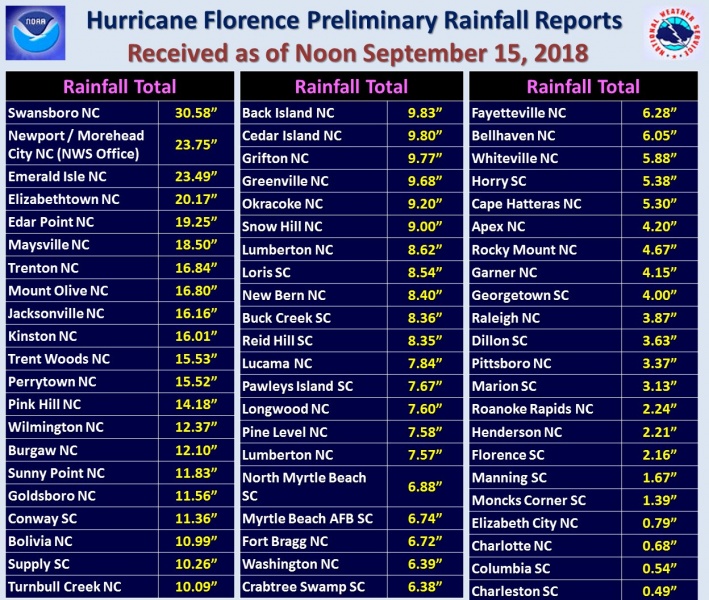 NAM model simulation for additional rainfall until Monday morning local time. Total rainfall sums for the whole event could be near 50 inches in some areas. Similar what happened with hurricane Harvey across Houston, Texas area last year. 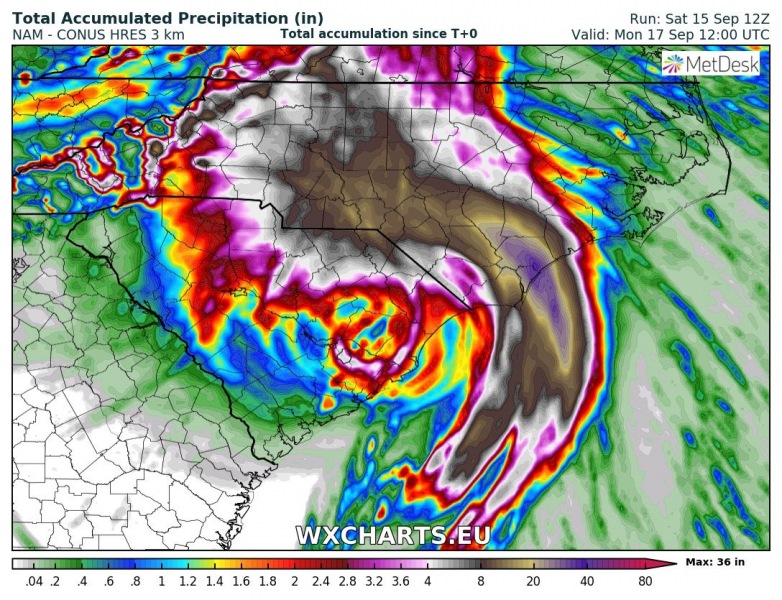