The NAO index continues being in positive values, meaning the North Atlantic cyclone activity is not going to stop anytime soon. Yet another relatively large cyclone has formed and matured north of Azores last night, gradually heading towards western Europe. It will deliver high waves and swell towards the UK and Ireland, also severe winds across Scotland on Monday.

Morning surface analysis over the North Atlantic today revealed the cyclone had around 976 mbar, fully matured and near its peak. It continues moving northeast. We can also see a frontal zone along the US East Coast which will lead into a rapid cyclogenesis over Newfoundland tomorrow, on Sunday – more on this later.

Here is an impressive visible satellite image this afternon, cyclone is actually quite large compared to Iberian peninsula and western Europe!

The pattern supporting this evolution indicated a very deep trough over the North Atlantic, drifting east-northeast while wekeaning. It will be moving on the nose of the strengthening upper-level ridge further south and cross the northern UK on Monday. In the wave a this trough, cold air spreads from the North Atlantic.

The cyclone will be nearing the UK and Ireland on Sunday while slowly moving along their northwest, turning east and cross Scotland on Monday and continue into the North Sea towards Tuesday.

Peak gusts will likely push into 100-130 km/h range (= 60-80 mph) over Scotland and higher elevations of Ireland, Wales and northern England. 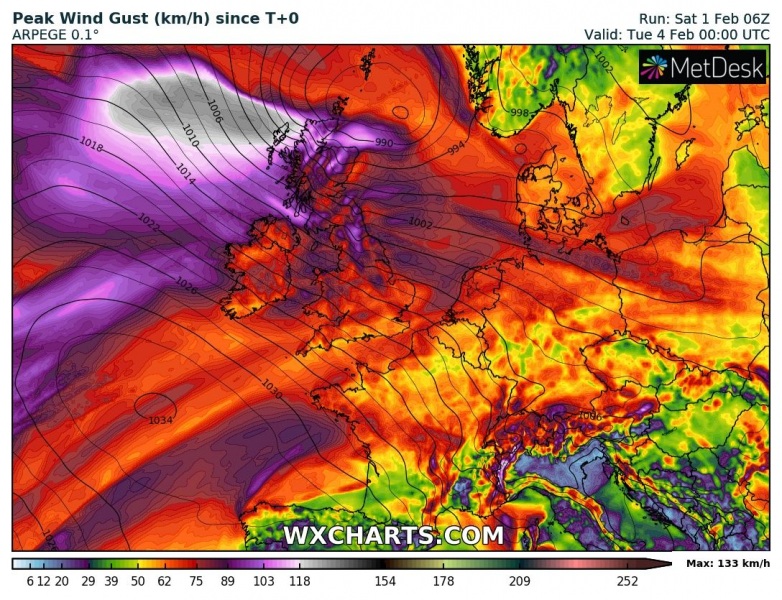 High waves and swell will be associated with this large cyclone, gradually spreading towards the western Europe. One can also see a rapidly developing major waves across the Norrtwest Atlantic: 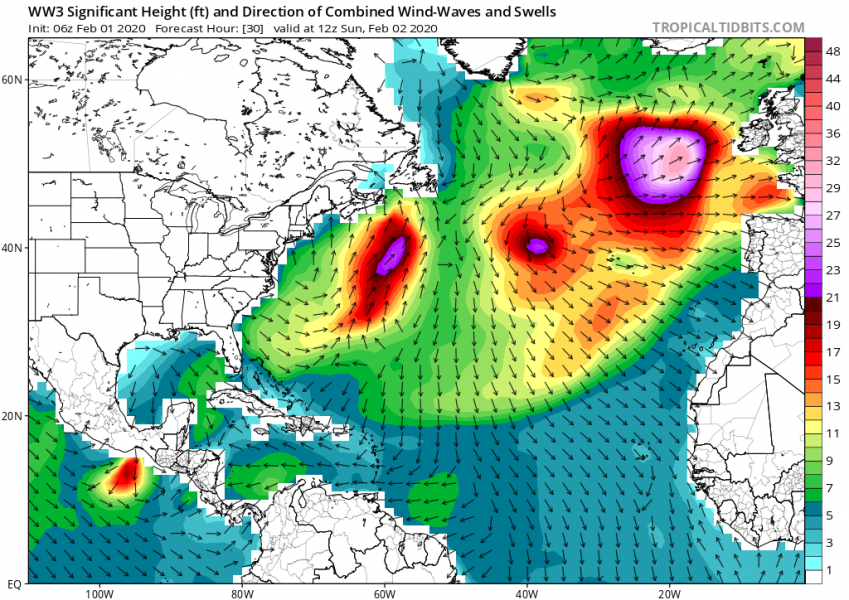 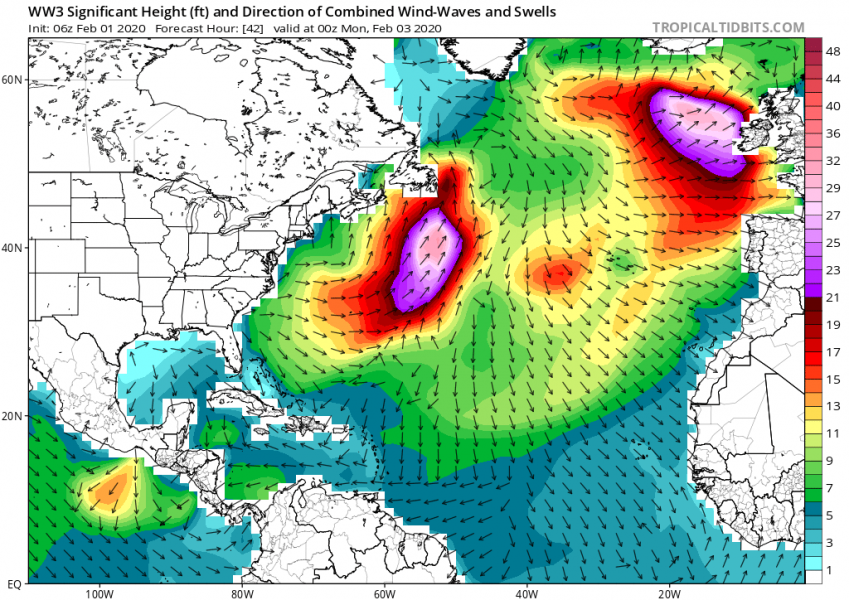 Some snow will also result across Scottish Highlands until Tuesday, locally 15-30 cm is possible.

See also – a very large and violent cyclone is also ongoing across the North Pacific: