Newfoundland that has been badly hit with a violent winter storm in January is now facing another intense cyclone on Sunday. The rapidly deepening cyclone will cross the island from the south and bring heavy snowfall, blizzard conditions and also heavy rain squalls due to sharp pressure gradient and severe winds.

An upper wave that ejects from Canada into the Northwest Atlantic leads into a development of a surface cyclone. Upper trough also deepens significantly as very cold upper levels enter the good (warmer) conditions over the Atlantic. This results in a rapid deepening of the surface low. 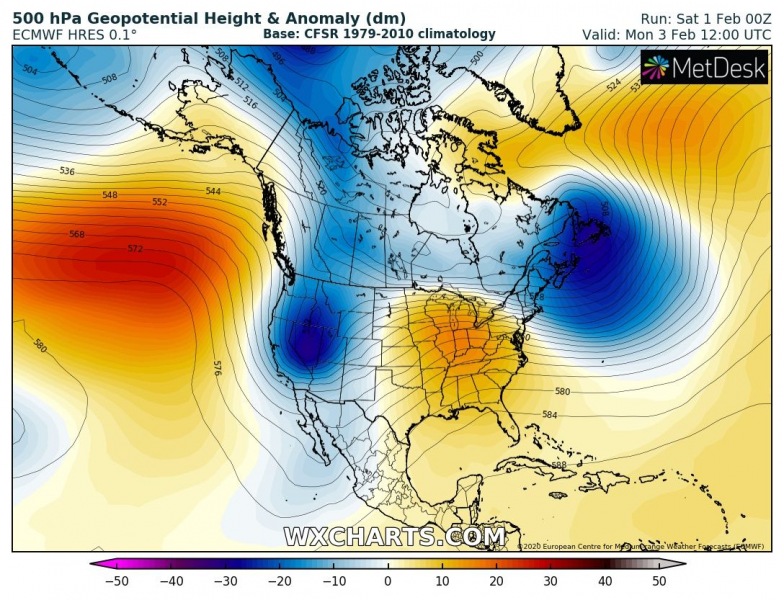 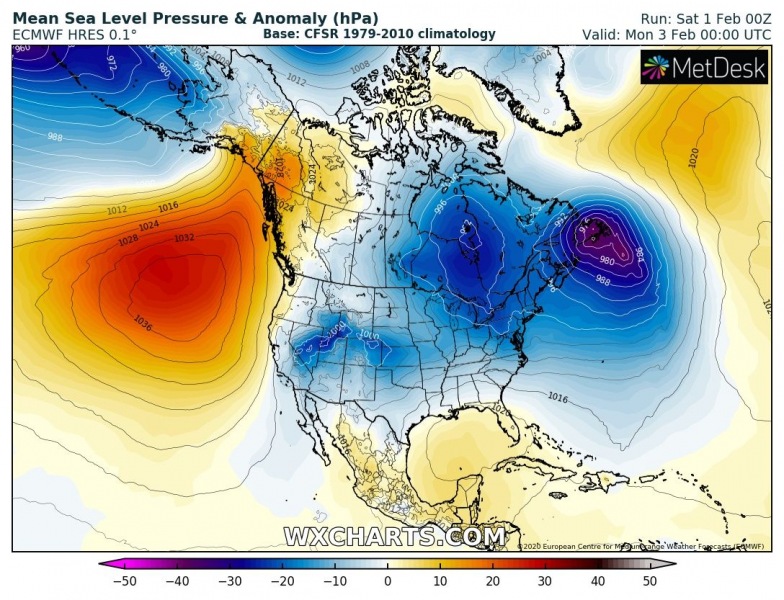 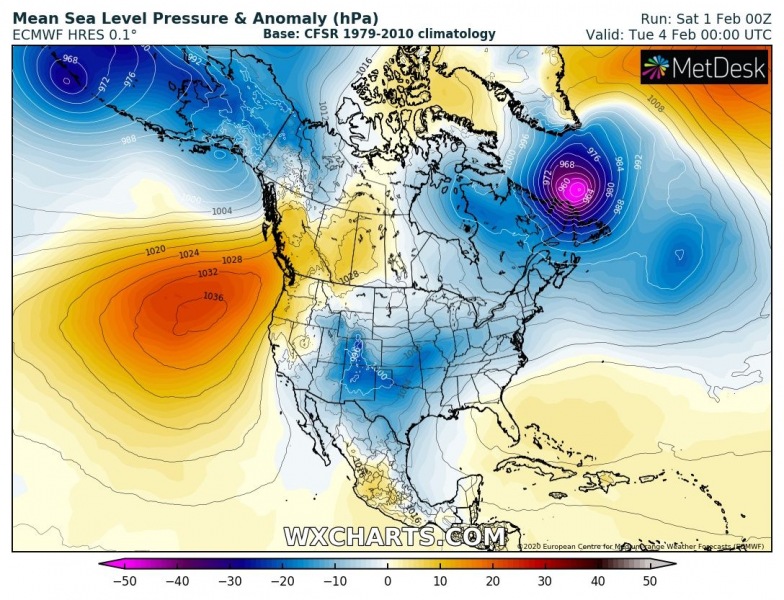 The surface cyclone will begin organizing fast and gain a rapid intensification phase as soon as the upper trough arrives over the Northwest Atlantic. The central pressure will likely drop for 20-30 mbar in the 24-hour period starting Sunday afternoon. Attached are North Atlantic and southeast Canada zoom maps for surface pressure and precipitation type. At the beginning it will be snowing, then a strong warm advection changes precipitation into heavy rainfall when cyclone crosses the island. 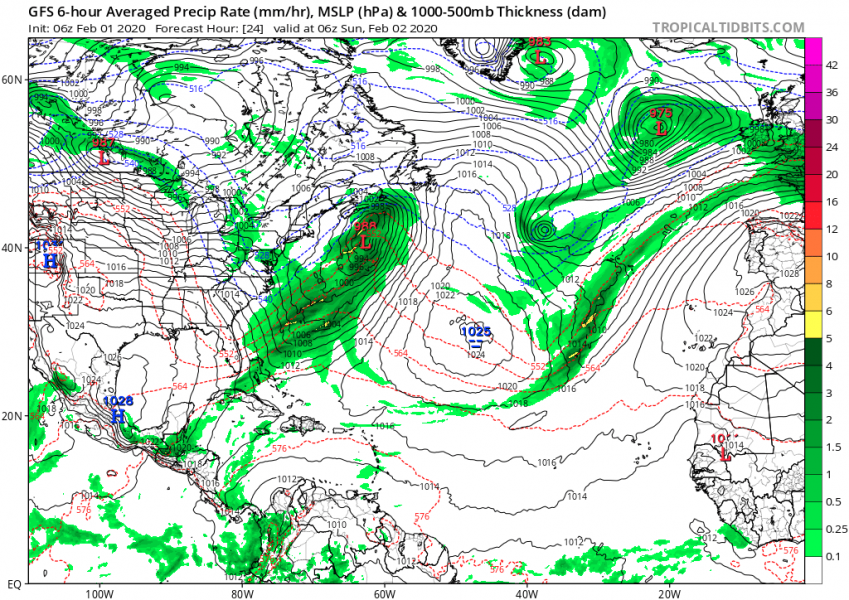 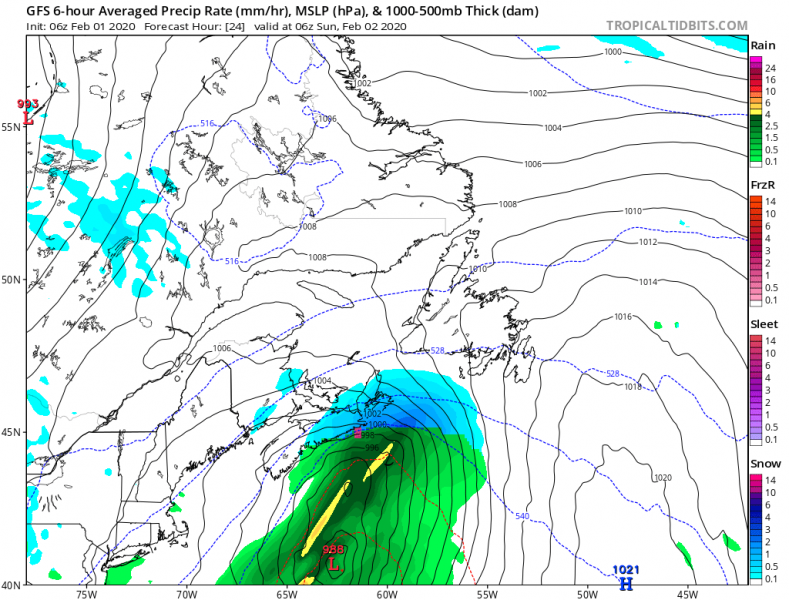 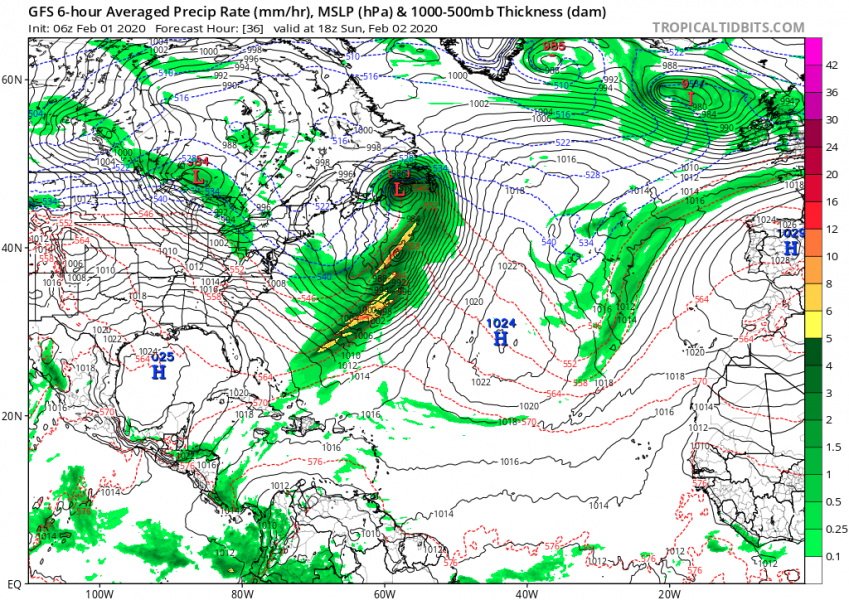 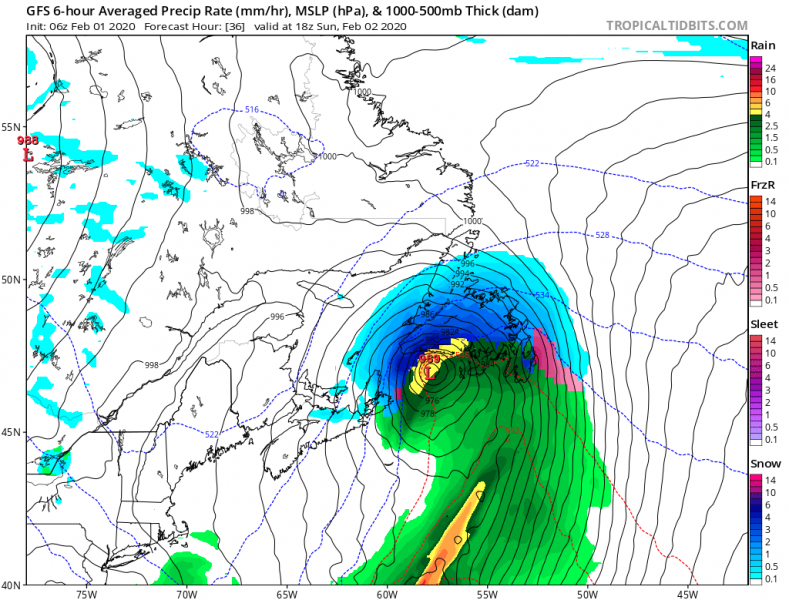 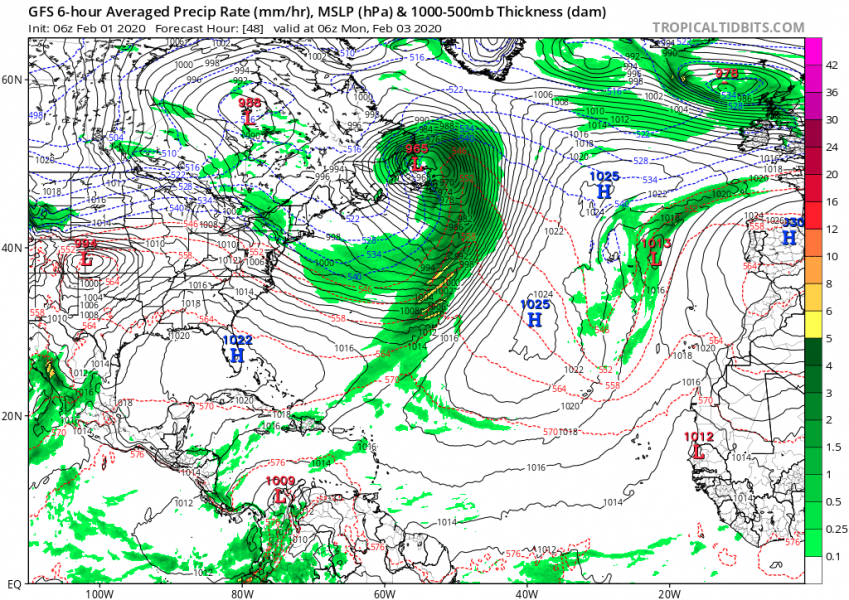 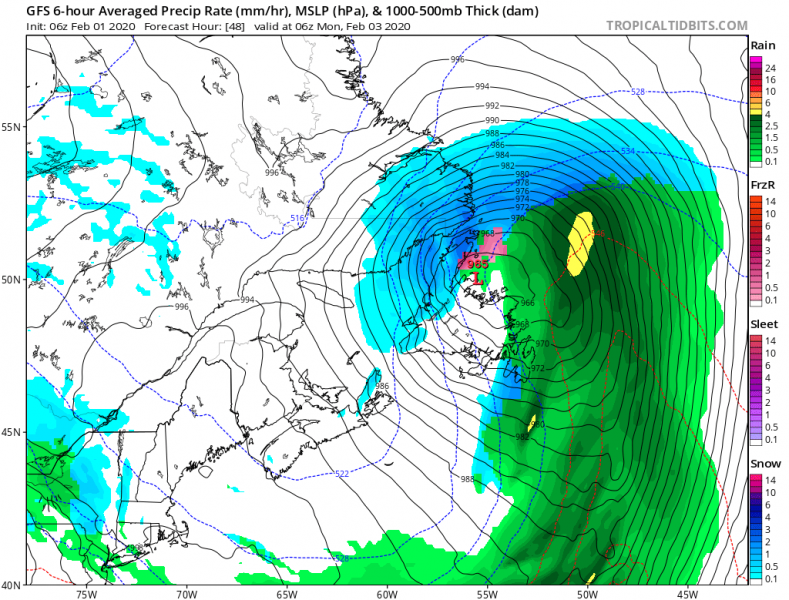 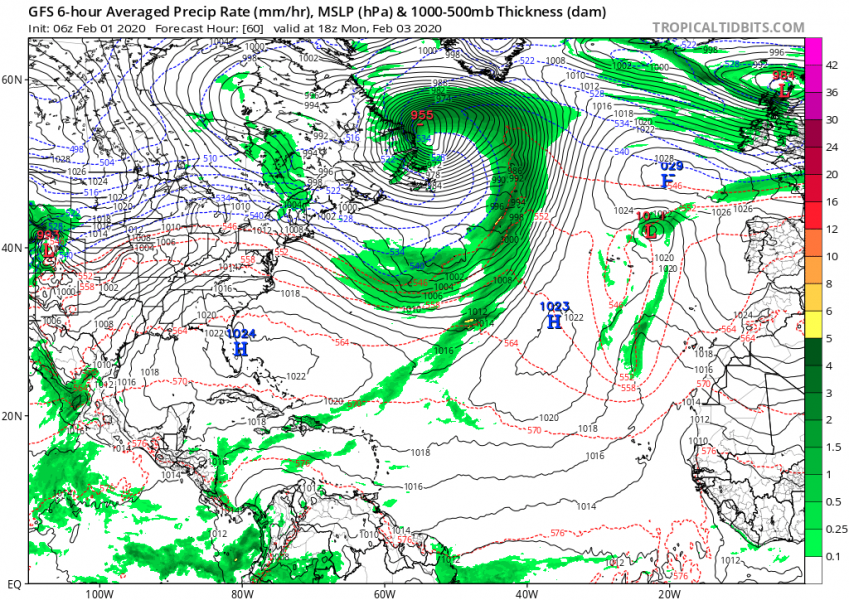 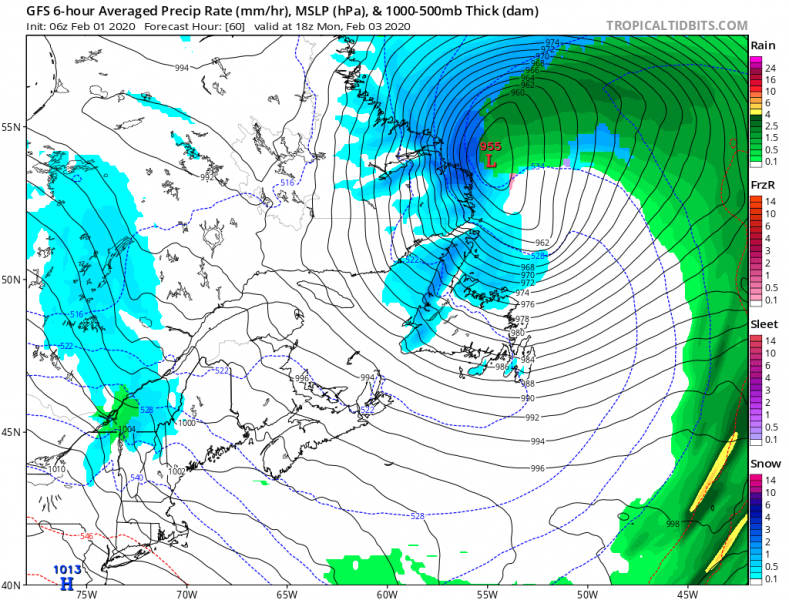 The system will result in quite a good amount of rainfall and snowfall along its parts, likely bringing 50-70 mm of rain and 30-50 cm of snow locally. Violent blizzard conditions will occur on Sunday while the cyclone will be still approaching from the south. 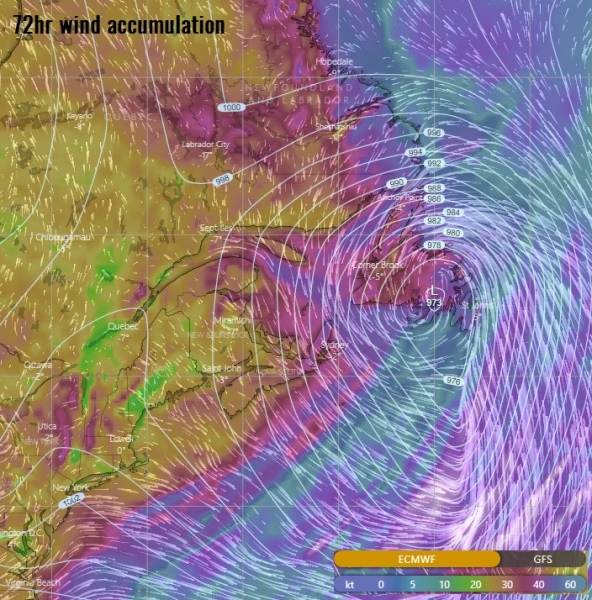 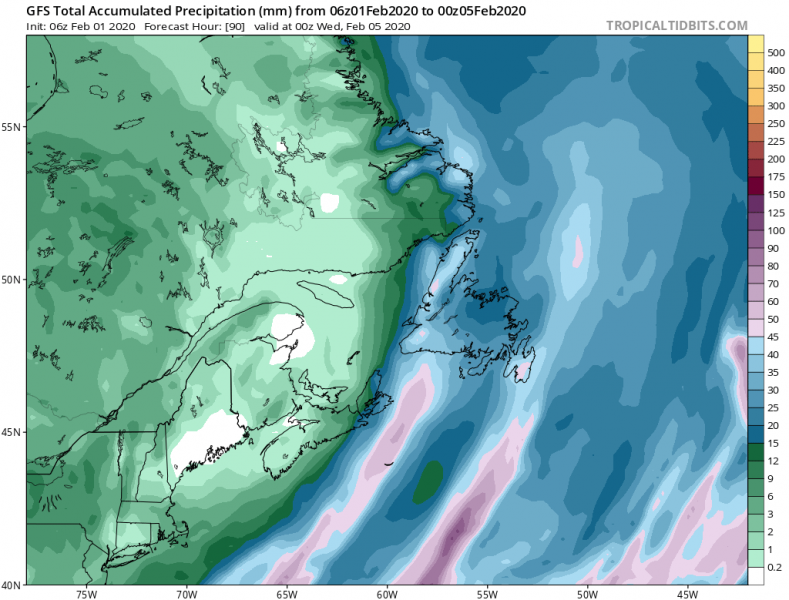 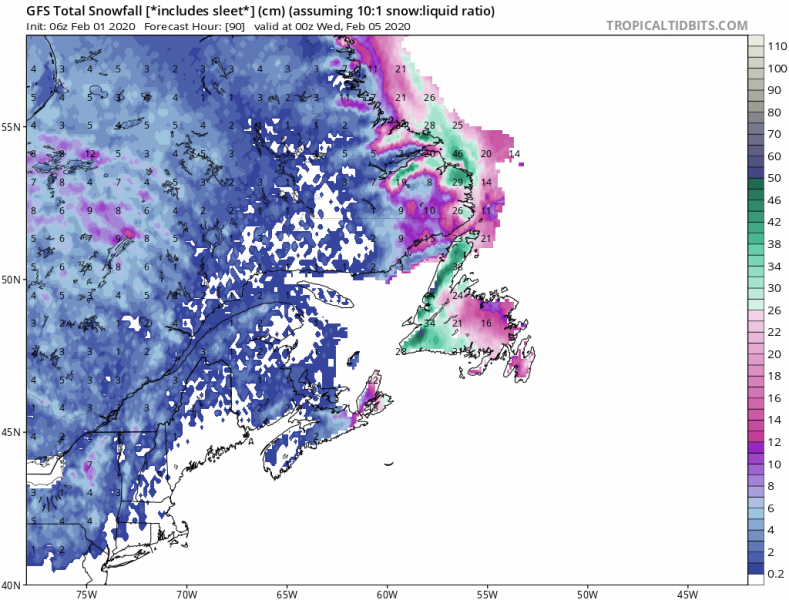 Once the cyclone moves across the Newfoundlands, it will continue deepening while moving into the Labrador Sea until late Tuesday. Then it begins gradually weakening while drifting northwest and dissipates. Stay alert for dangerous conditions!

Meanwhile, there is a large cyclone already ongoing over the North Atlantic today:

Remembering – The ‘bomb cyclone’ over the Northwest Atlantic brought the most powerful snowstorm on record across Newfoundland, Jan 17th