Like we didn’t see many of North Atlantic deep cyclones this year, there is more. Right now, a deepening cyclone is ongoing over the Northwest Atlantic, expected to grow into a very large North Atlantic storm tomorrow. It will develop a broad severe wind field and high waves towards northwest Europe, but also into northern parts of western Europe from Sunday through Wednesday.

The system had a central pressure of 989 mbar at 18 UTC today, March 14th. It is expected to become much bigger over the next two days while moving into the North Atlantic and deepening, likely reaching the central pressure around 960 mbar: 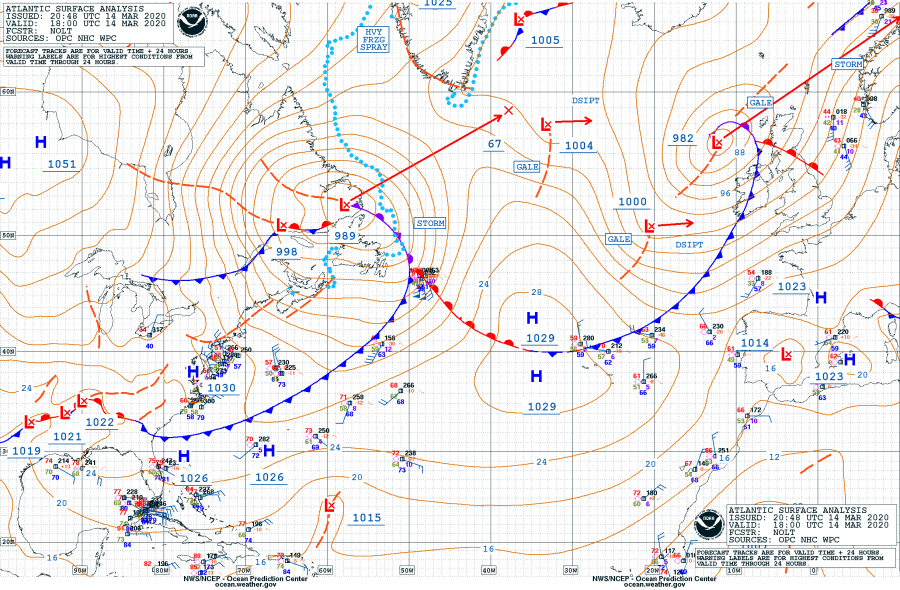 Here are satellite images in water vapor and airmass channels, indicating the storm is quite rapidly developing. A strong dry conveyor belt is wrapping around the large core of the low: 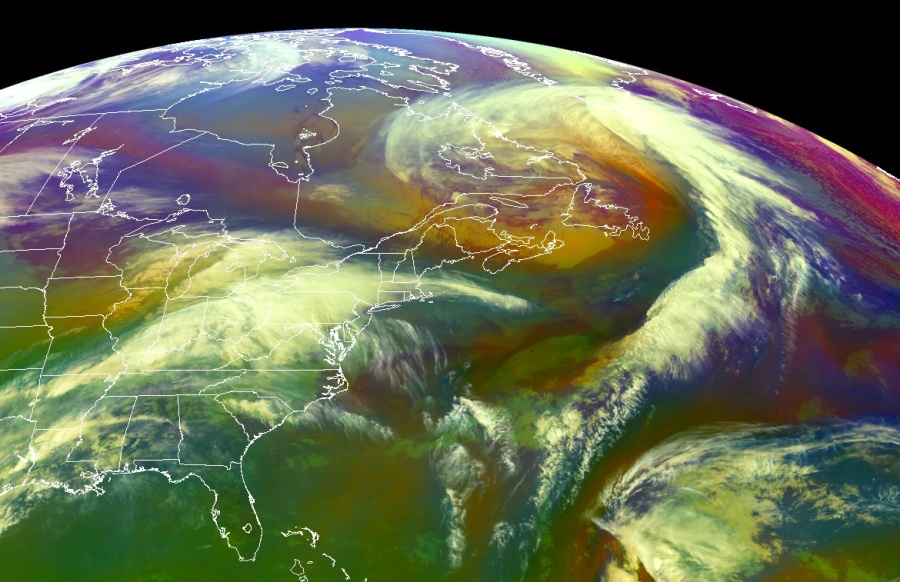 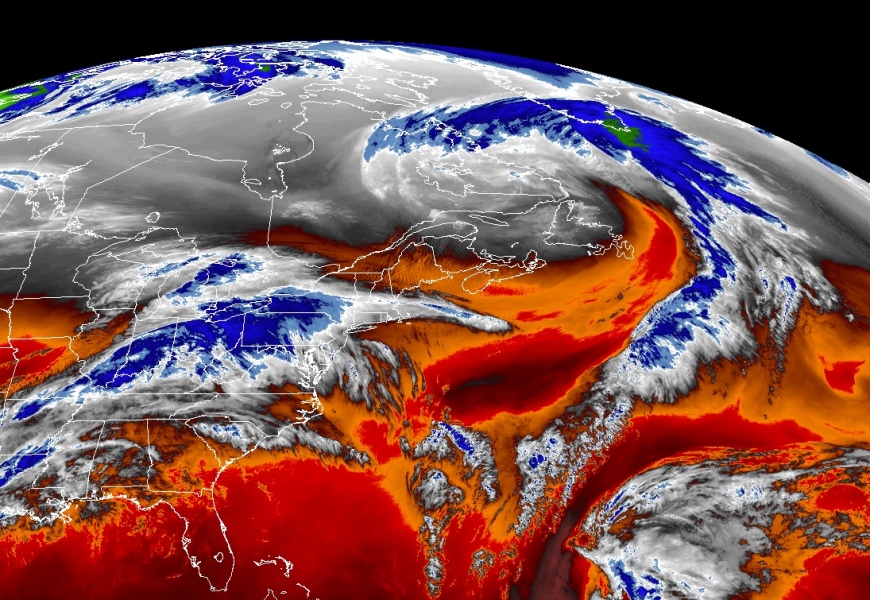 The low is now deepening while drifting across the Northwest Atlantic towards the northeast. It will be growing very large tomorrow (Sunday) and deepen into near 960 mbar by Sunday night. It then slows down while approaching Iceland with its core becoming almost stationary there on Monday. 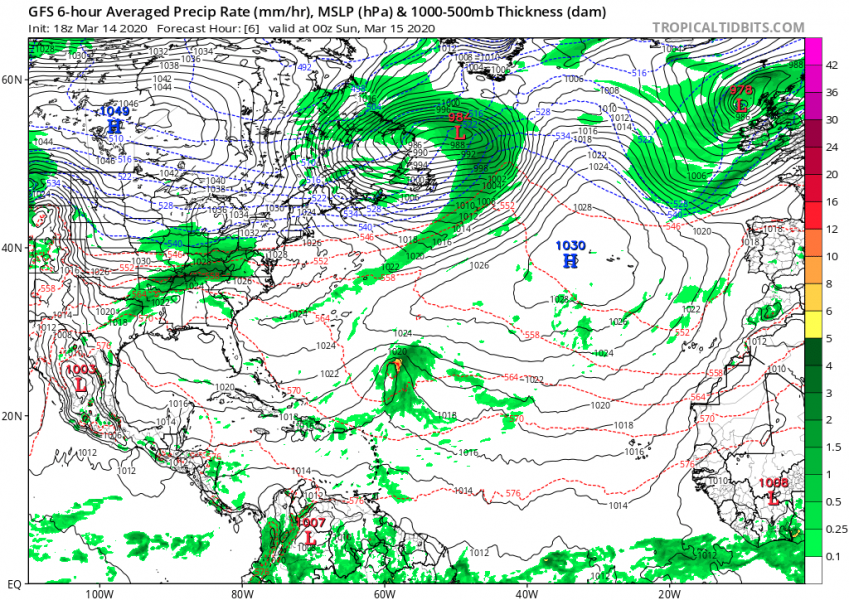 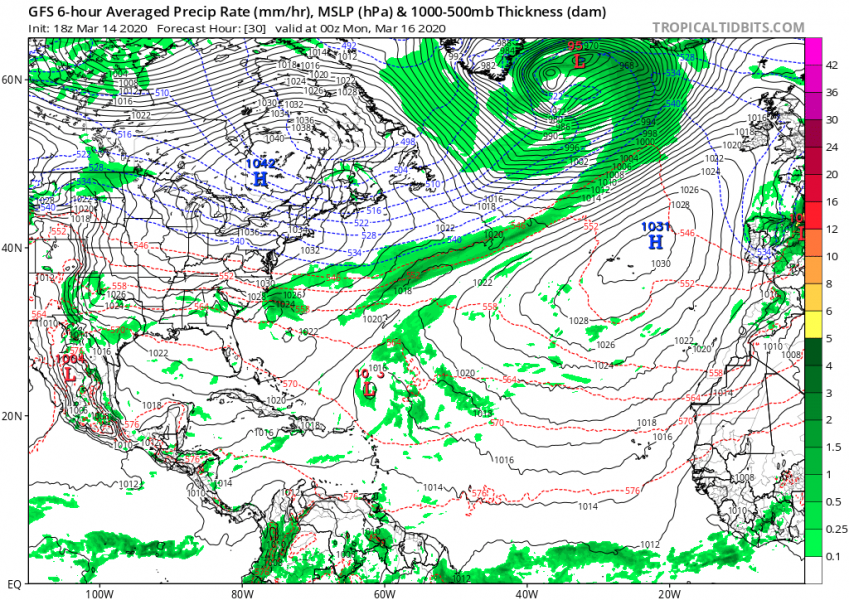 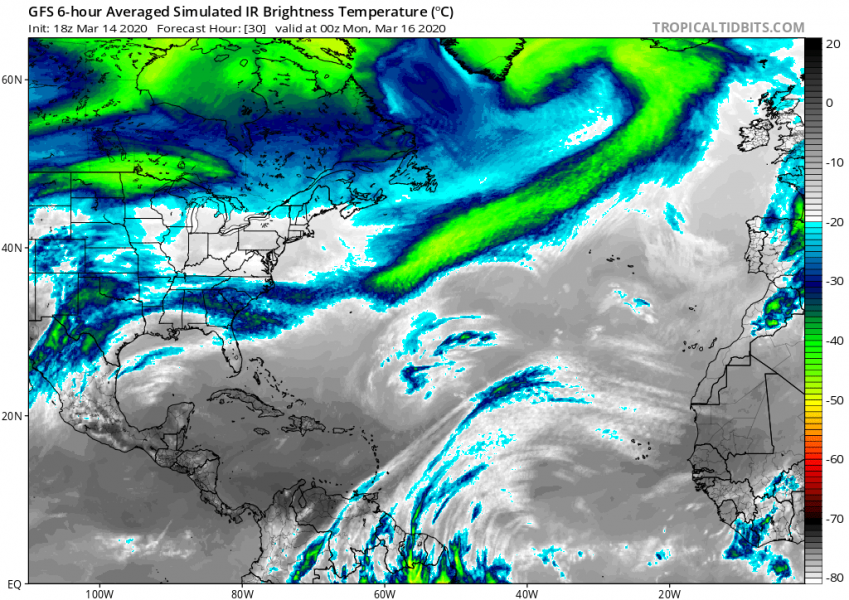 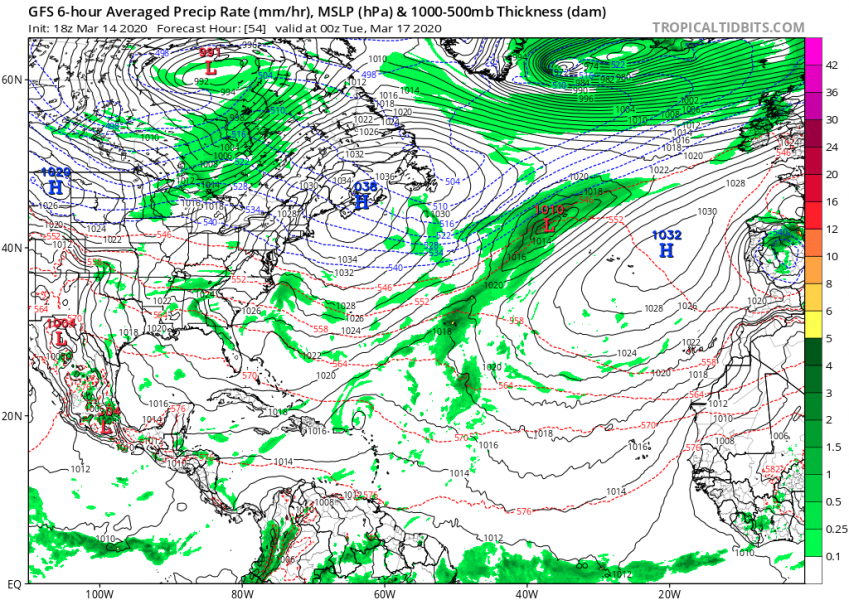 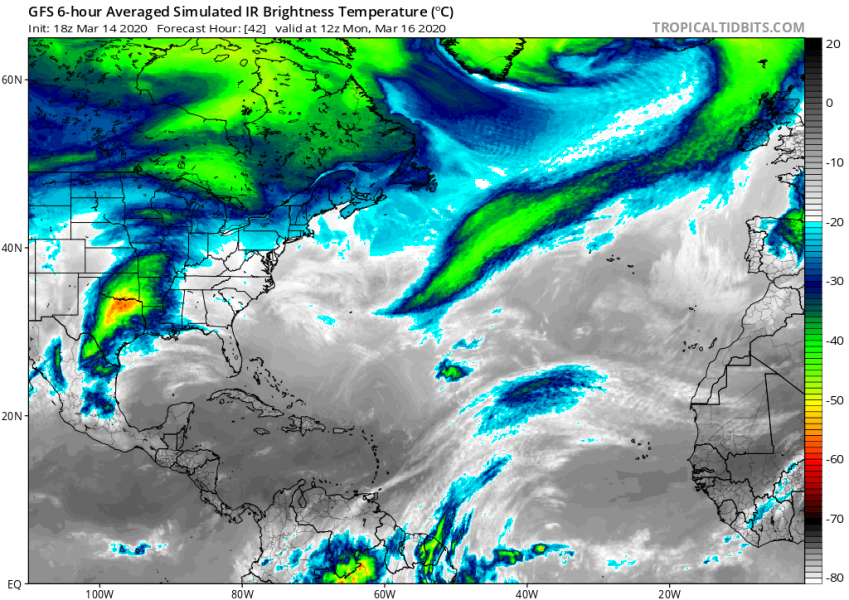 When the large core of the low approaches Iceland and southern Greenland on Monday, it introduces violent hurricane-force winds on its northern side where very strong pressure gradient develops against the high-pressure system over Greenland. The peak gusts should exceed 150 km/h along the southeast Greenland coast. Attached is also the wind gusts accumulation from Sunday through Wednesday across the North Atlantic: 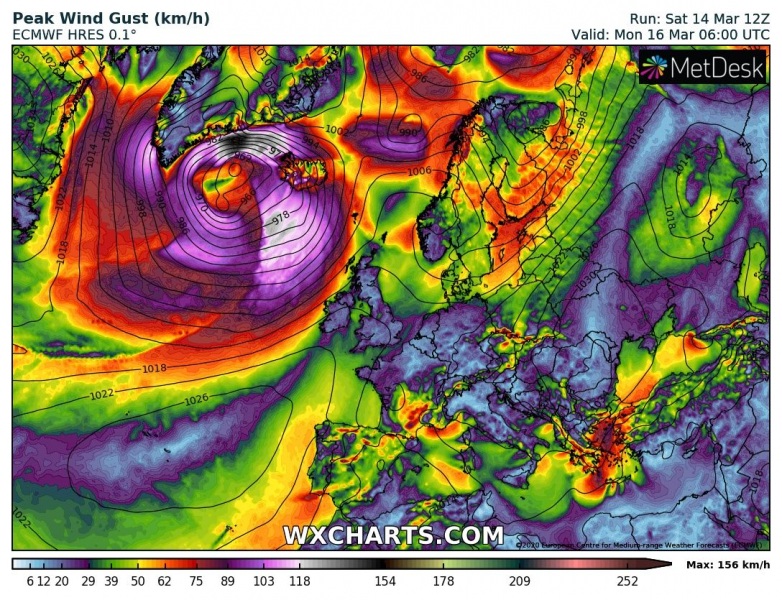 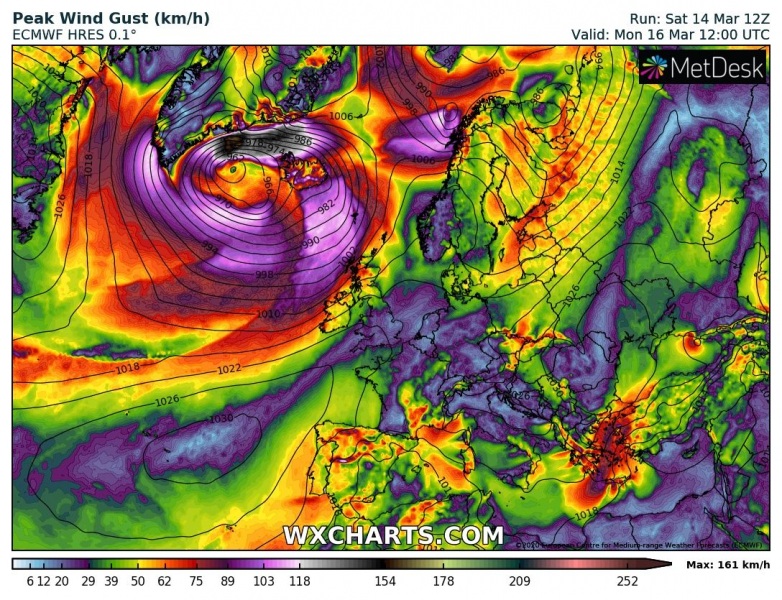 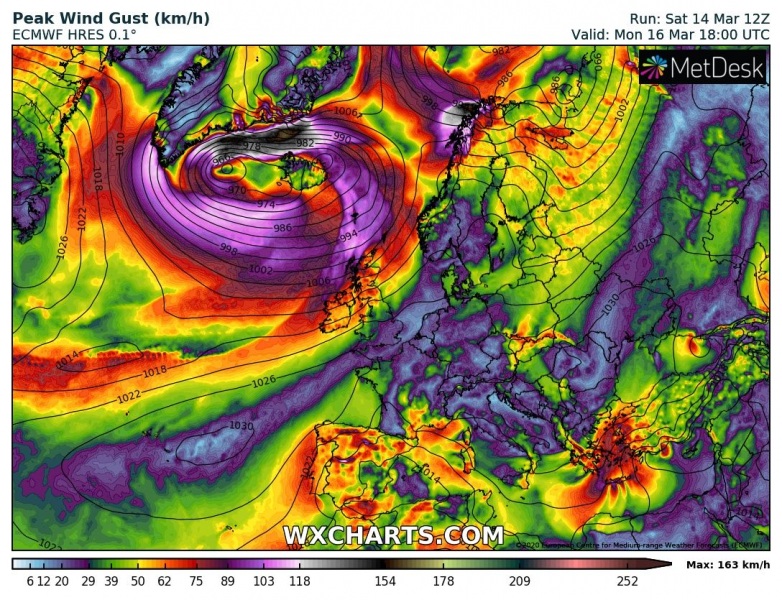 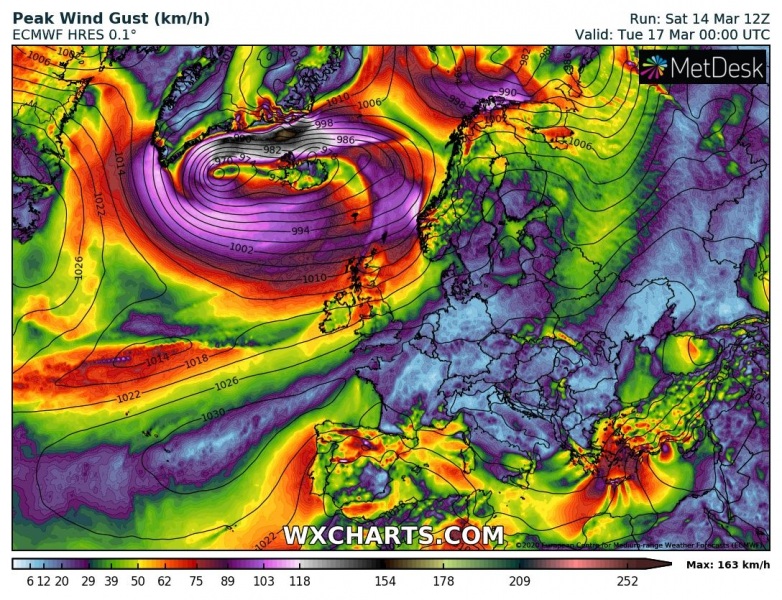 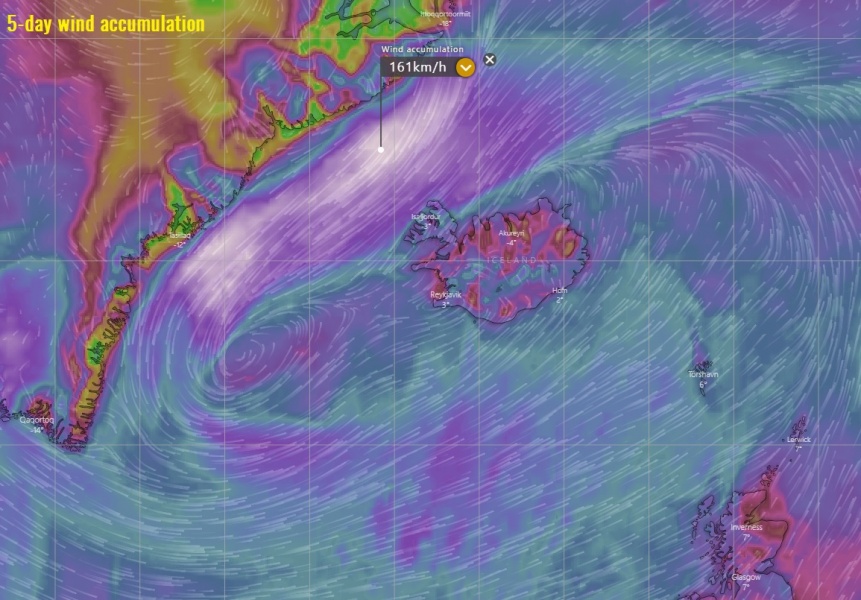 The system will also generate high waves, given its large size and a broad wind field. High waves will gradually spread into northwest Europe on Monday, moving towards northern UK, Faroes and southern Iceland on Tuesday: 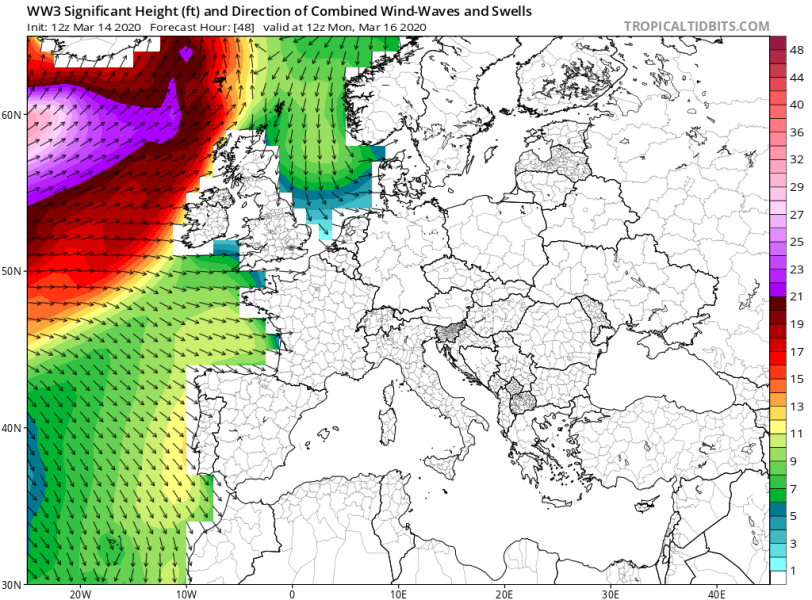 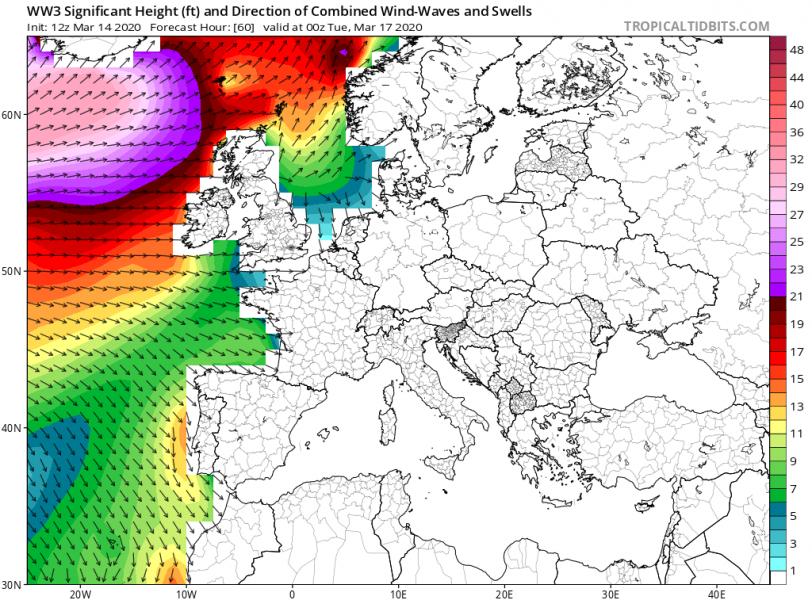 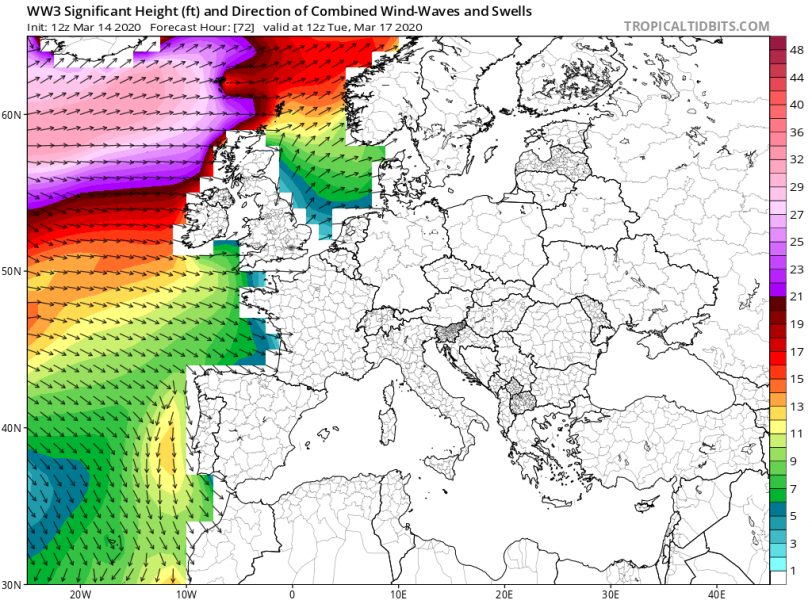 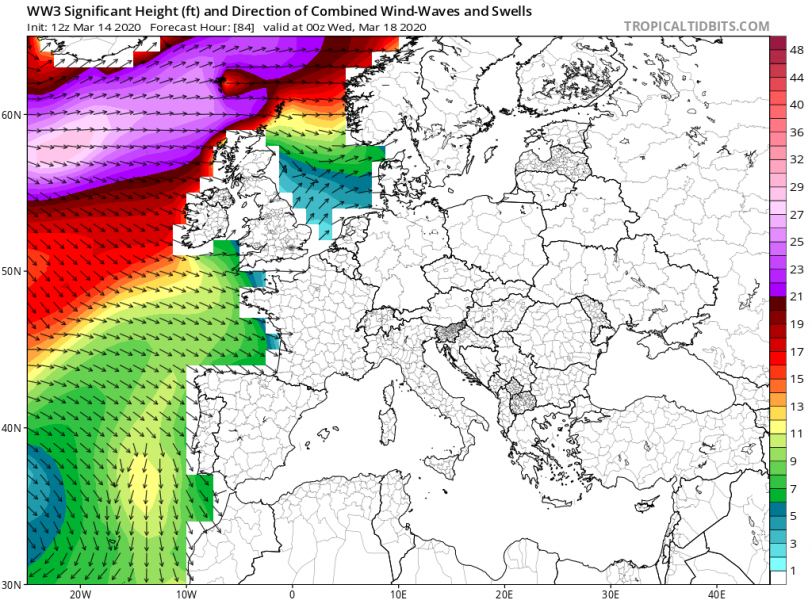 Stay tuned for updates when the system will mature over the North Atlantic on Sunday night, we can expect its satellite presentation becoming impressive again.