A round of intense snowfall is ahead for parts of the Balkans in the next few days. Up to 50 cm of fresh snow is expected in the Dinarides of Croatia and Bosnia and Herzegovina, similar amounts of snow are also expected in parts of Serbia and Romania. 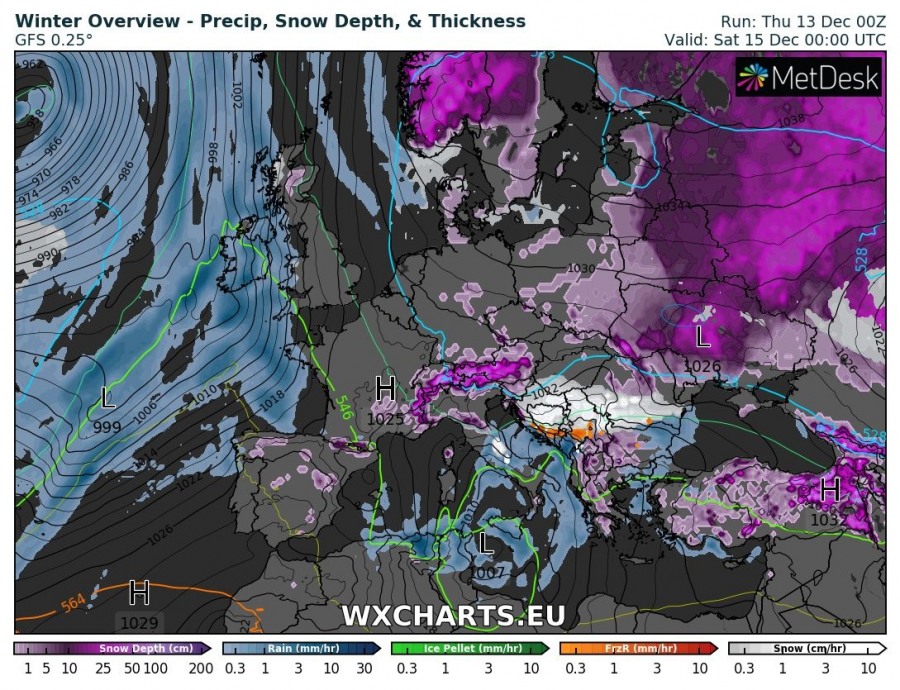 Position of the cutoff low early on Saturday. The low is centered on central-southern Mediterranean between Sicily and Tunisia. GFS model guidance. Map: Wxcharts.

A deep cutoff low will be moving across western and central Mediterranean into eastern Mediterranean in the next 3-4 days. It brings intense snowfall to parts of the Balkans. In particular for the Dinarides of western Croatia, Bosnia and Herzegovina and parts of Montenegro and extreme north Albania. Locally over 50 cm of snow is expected. Also expect significant snowfall across lower areas of eastern Croatia, northern Serbia and parts of Romania with up to 15-25 cm of snow. Also expect some slight to moderate snowfall across parts of Slovenia (in particular the Dinarides of southern Slovenia) and parts of Hungary. Also some snowfall across the northern and central Apennines. 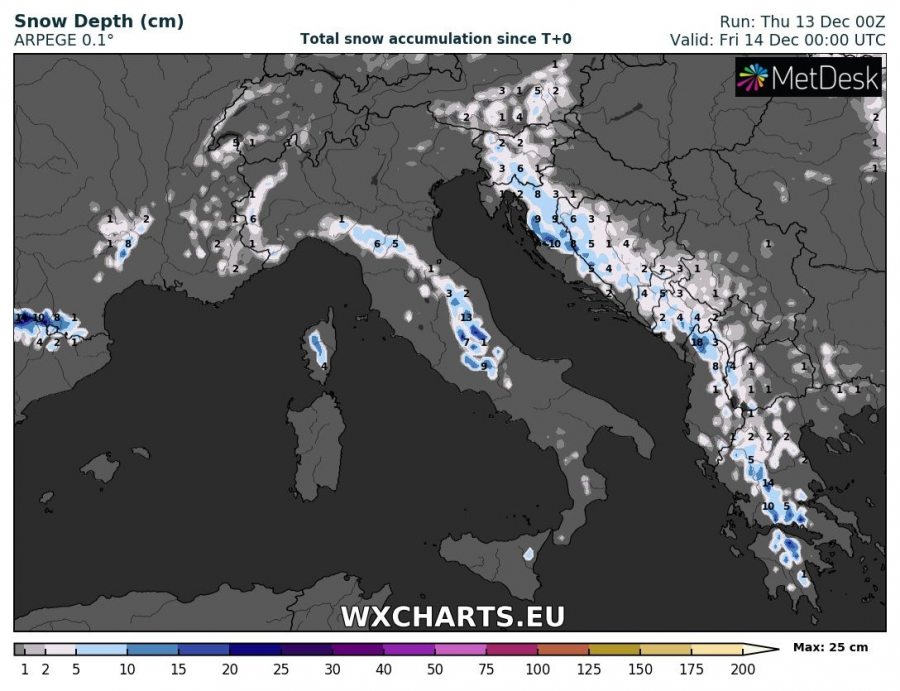 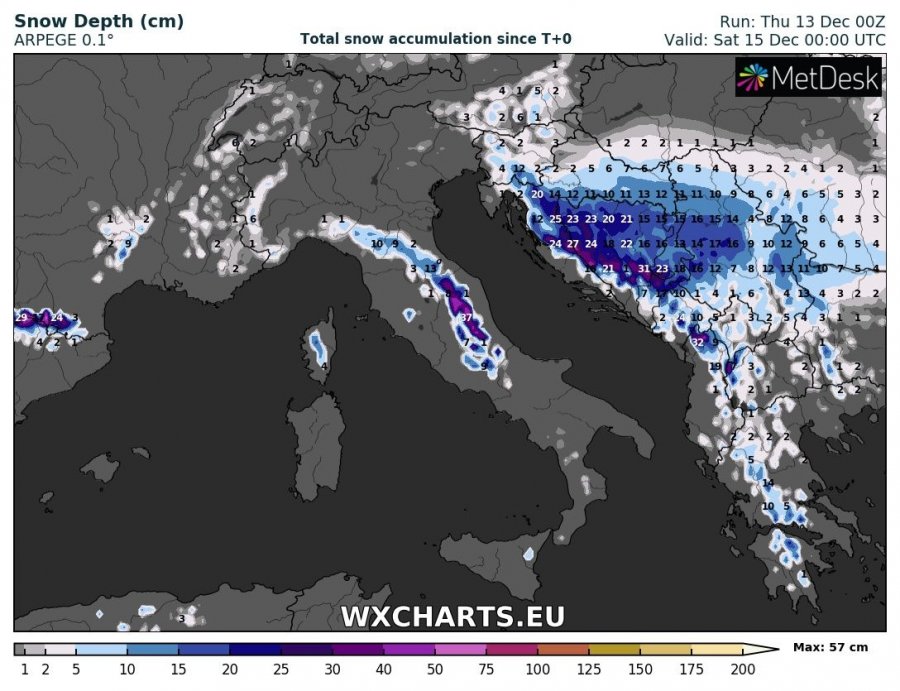 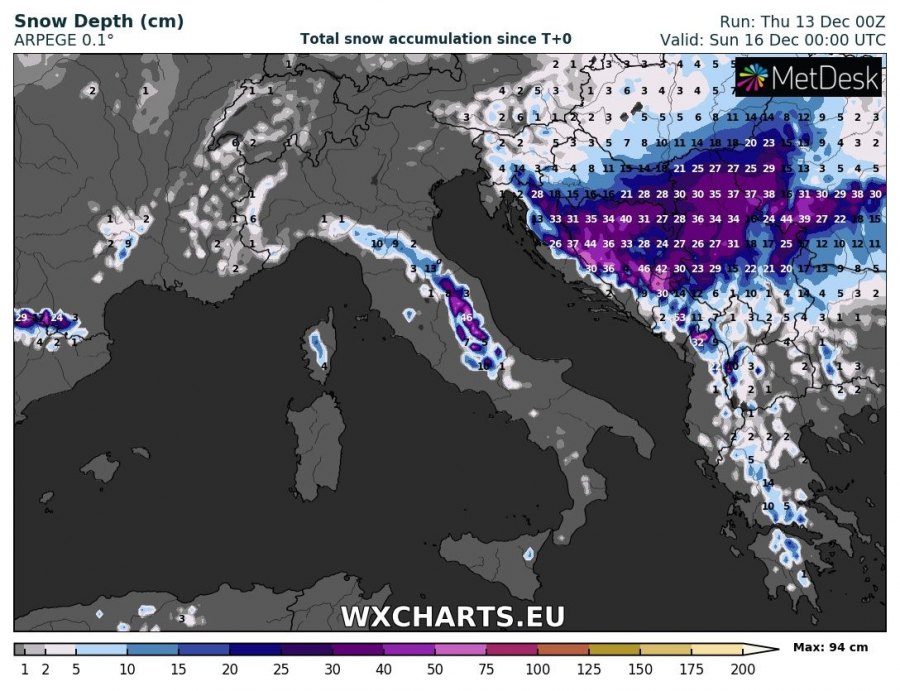 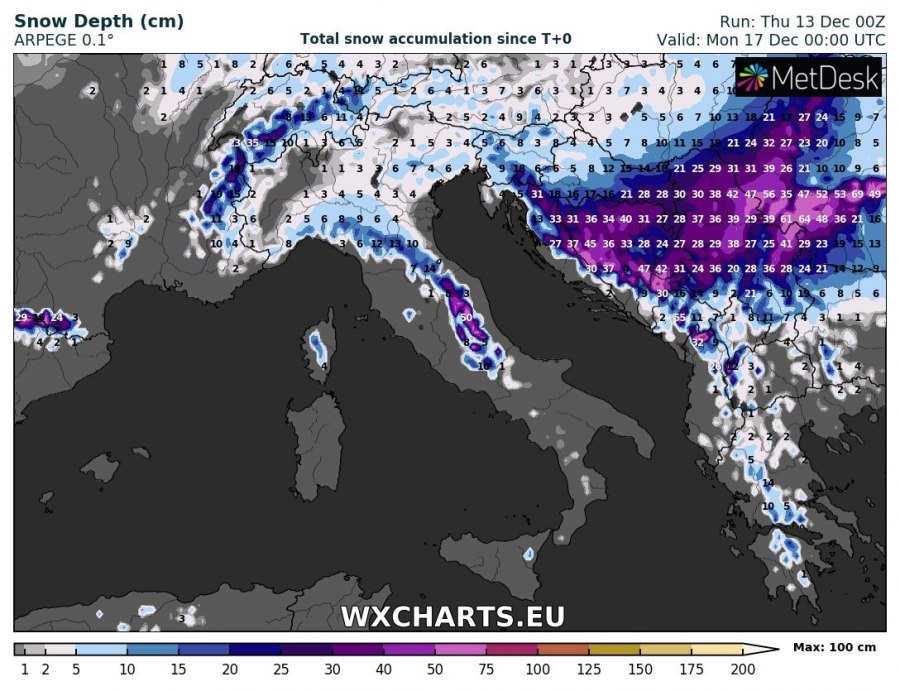 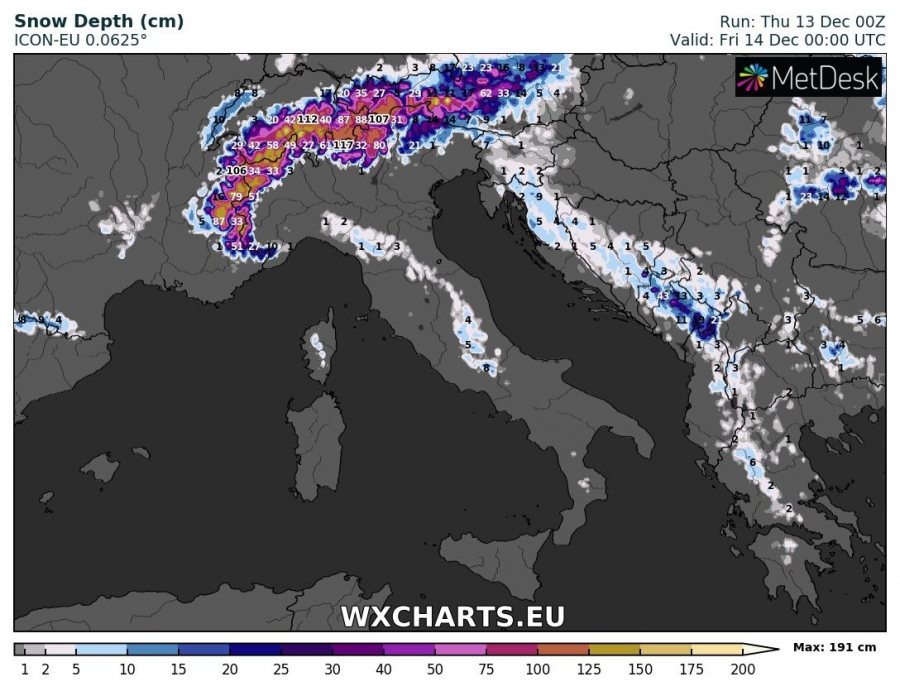 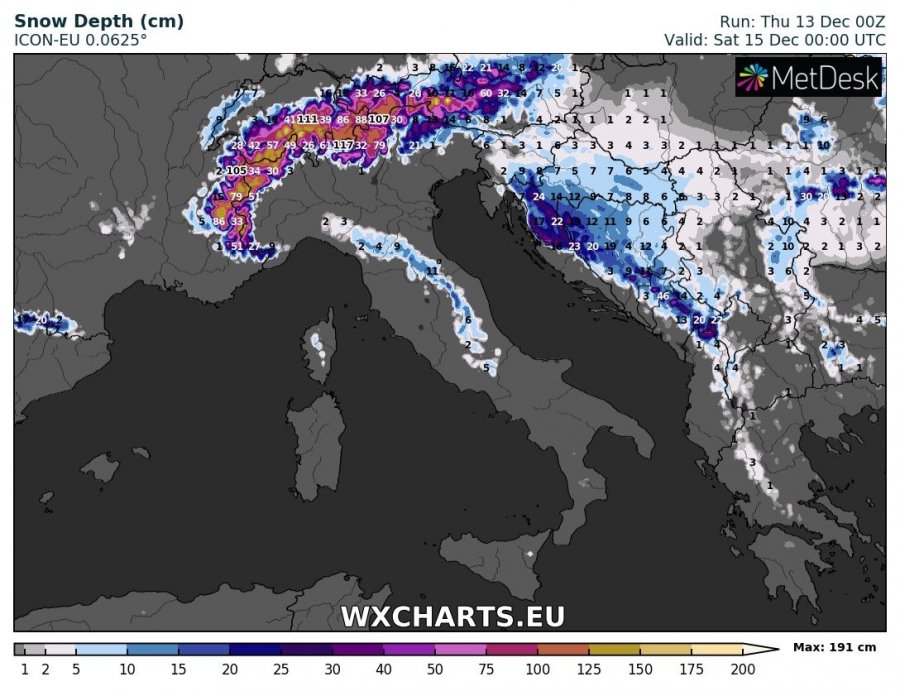 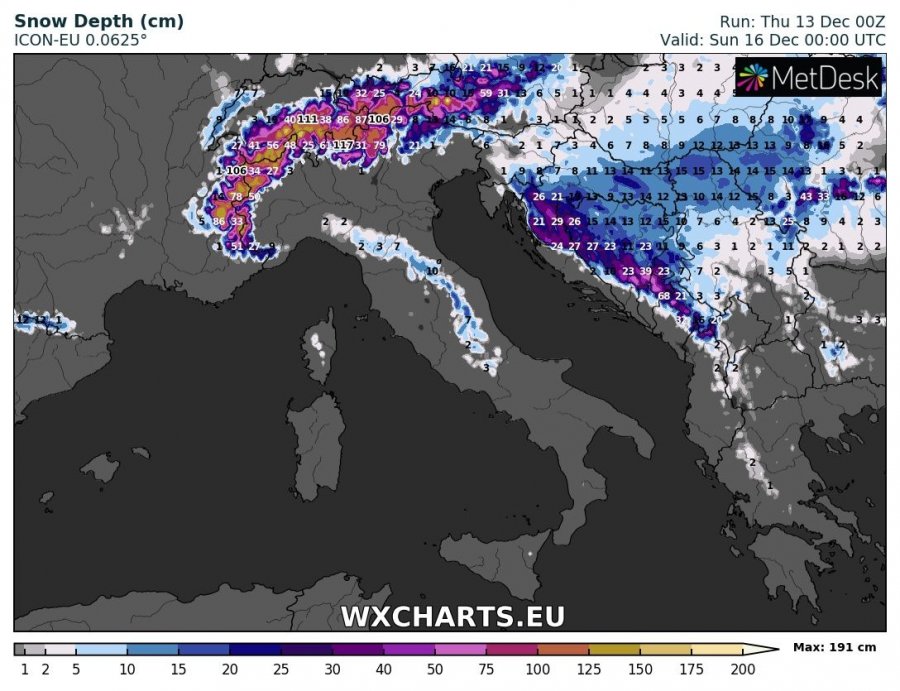 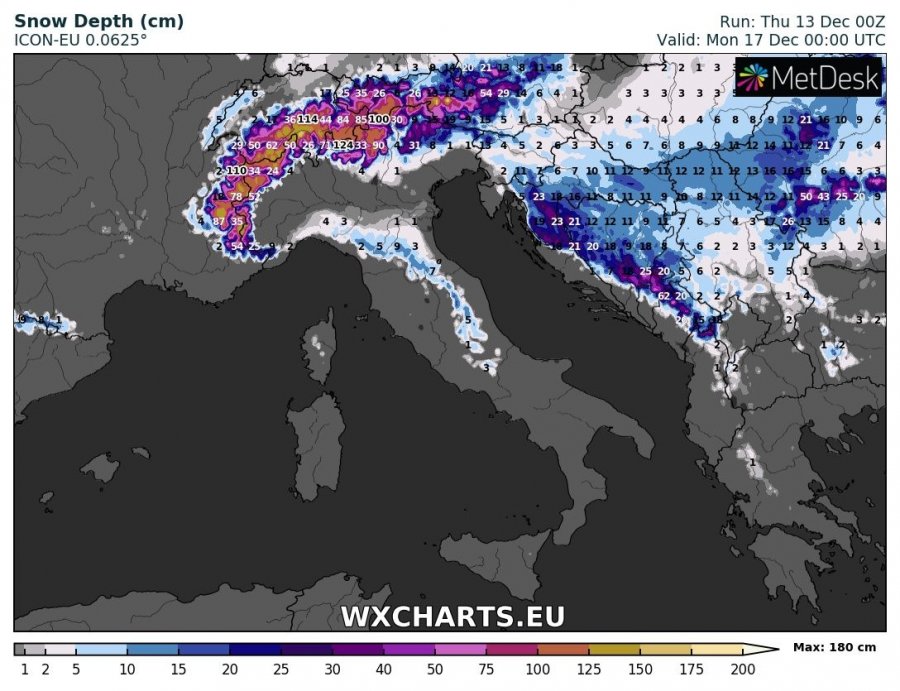