A round of locally quite significant snowfall is coming to the British Isles this weekend. Scotland will receive the most snow, locally up to 10-20 cm at higher elevations. Other parts of the British Isles may receive some snow too, including parts of northern and central England and Wales. We take a closer look. 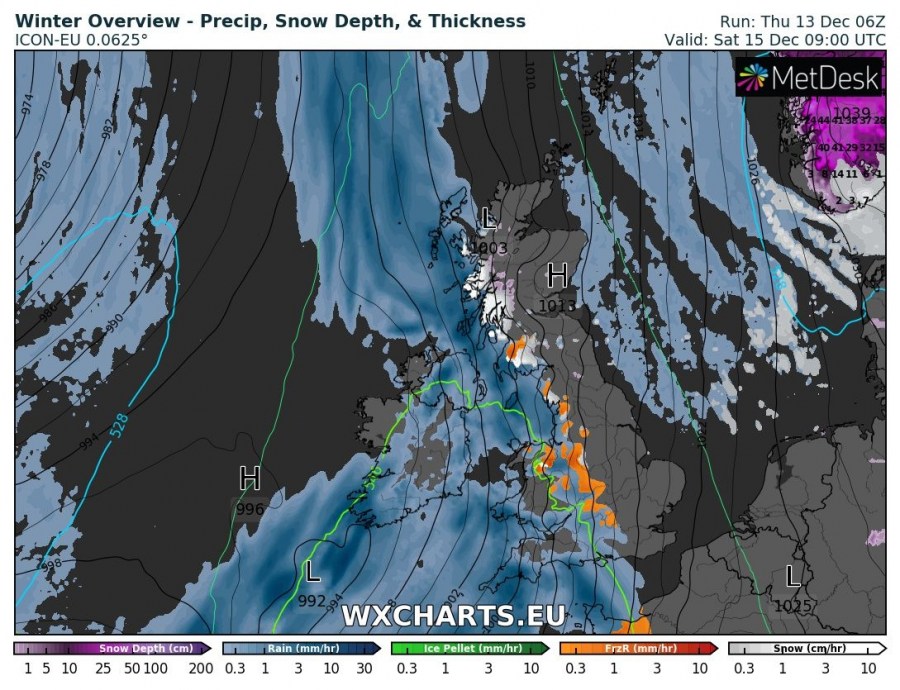 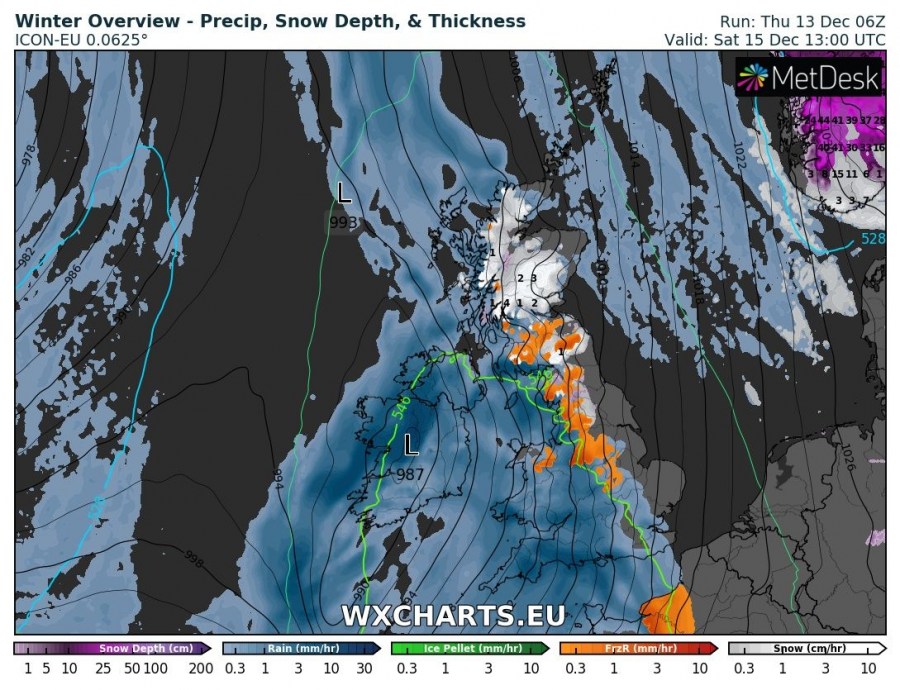 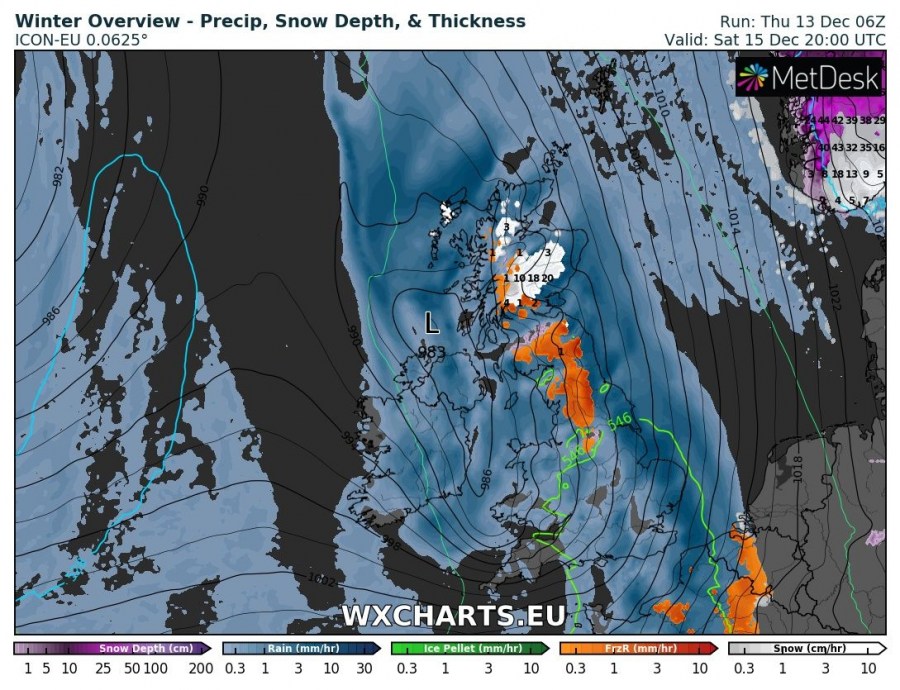 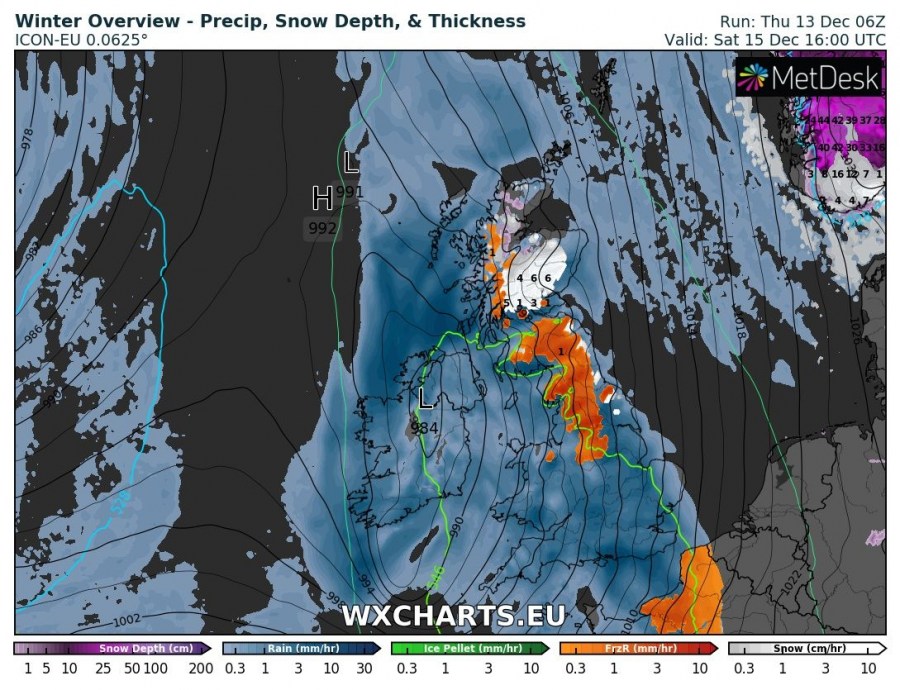 Two successive deep lows push across the British Isles and Ireland over the weekend. The upper 4 panels show the winter outlook for from the morning to mid-afternon on Saturday. ICON-EU model guidance. Snowfall is indicated for parts of Scotland. Most of the other parts of will receive rain. Note the zone of freezing rain in orange – expect glaze ice and, more importantly, black ice in these areas. Note that other models are more optimistic for snowfall in some of these areas. Map: Wxcharts.

Much of Scotland will receive snow, with up to 10-20 cm at higher elevations, possibly more. Northern and parts of central England will likely also receive some snow, several cm and possibly up to about 10 cm. Also some snowfall likely for northern Wales. 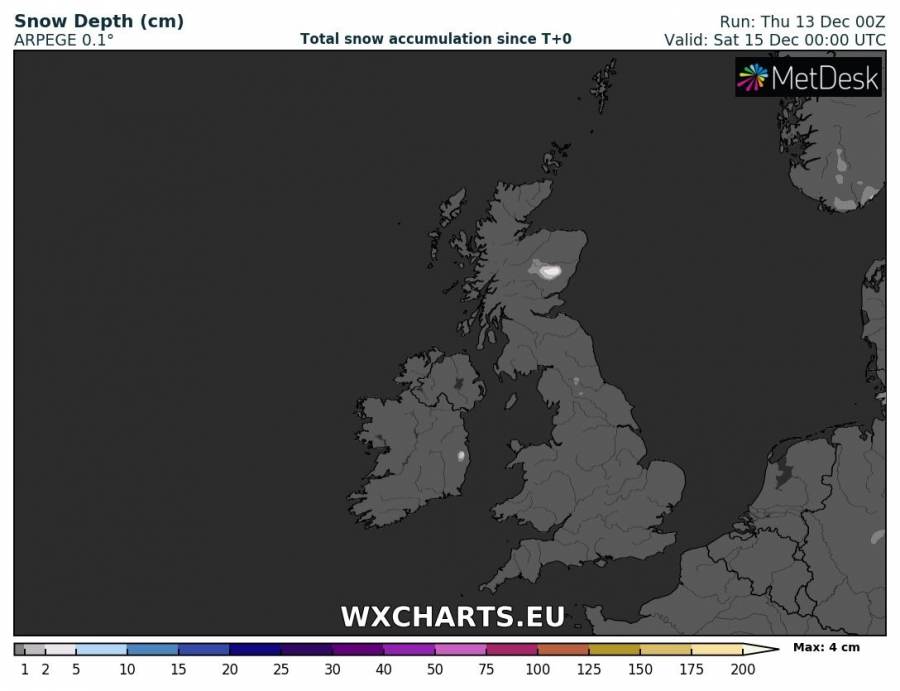 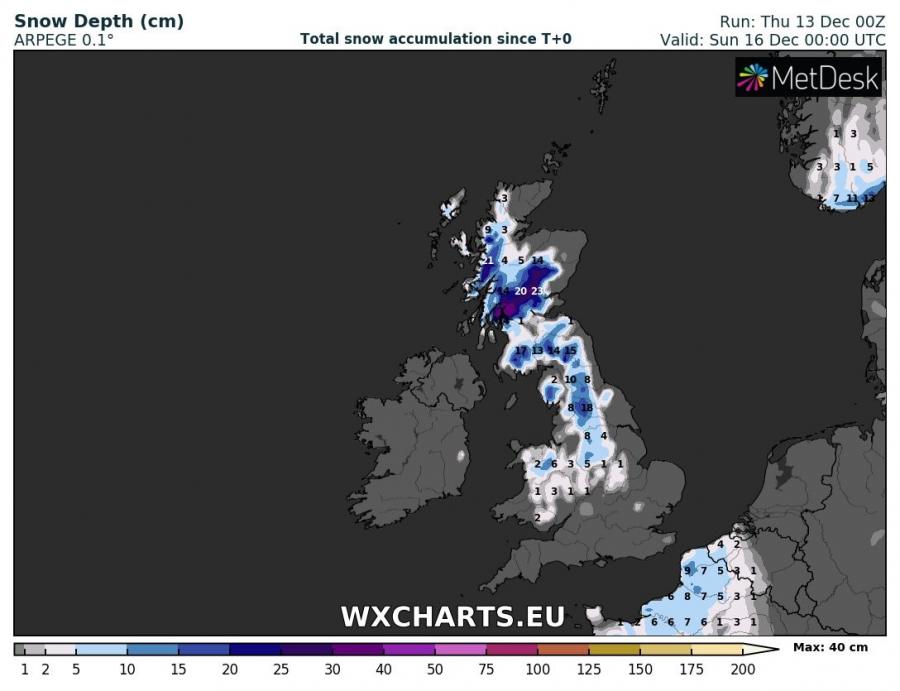 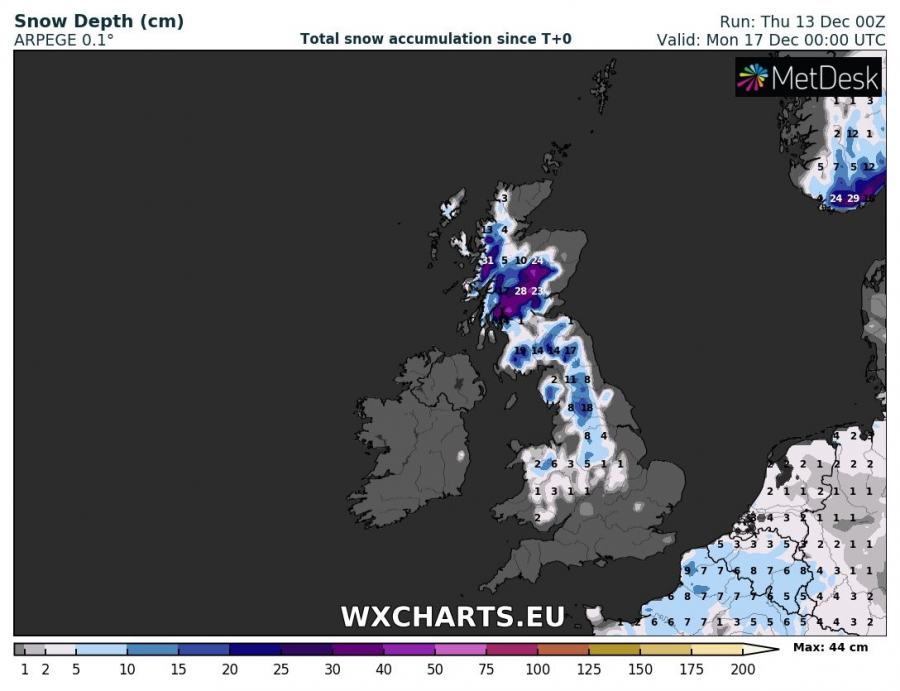 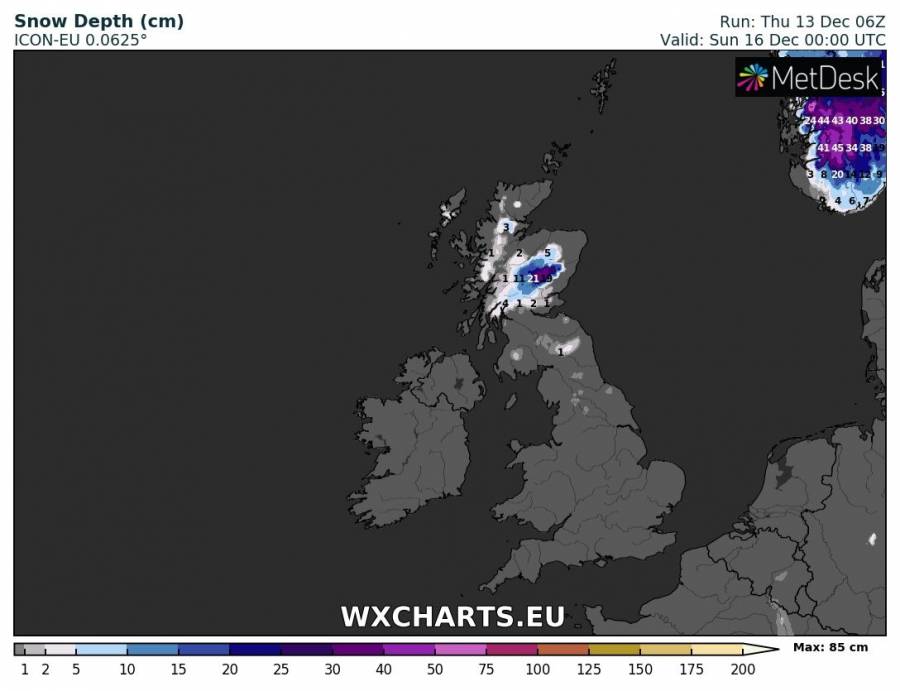 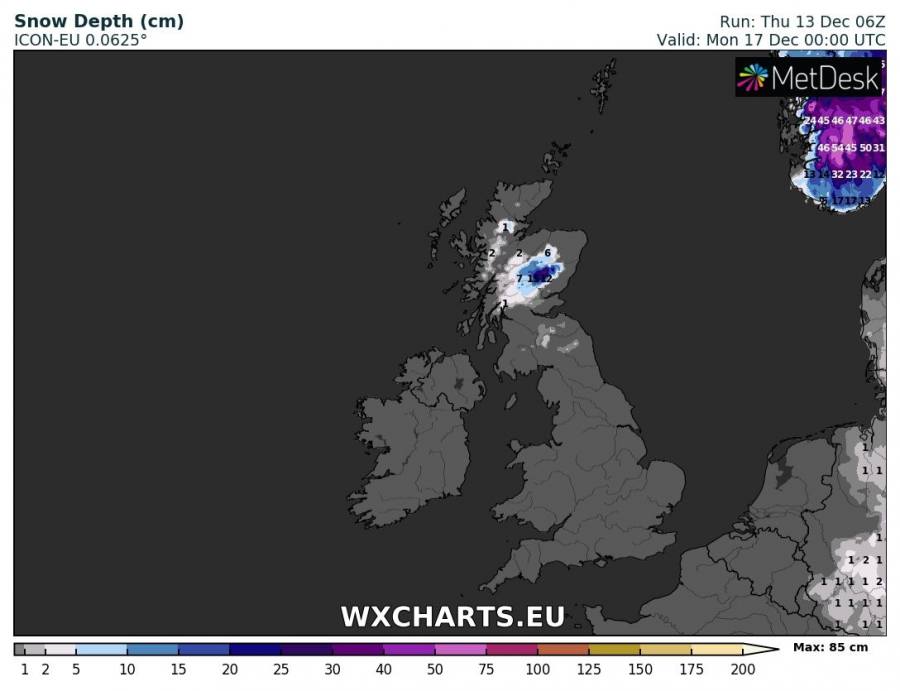