A stable pattern will gradually expand across large Europe of Europe until the New Year, establishing a meridional flow across the eastern half of our continent. This is the result in a large cool pool moving towards the SE Europe, including snow locally.

NEW UPDATE: UPDATE on the final cold blast of 2019 spreading across the eastern half of Europe, intensifying over the weekend and delivering snow for some regions

A powerful upper ridge is established over a large part of Europe through the last days of December, centered over western Europe. On its eastern flank, an upper low pushes towards the Balkan peninsula and Mediterranean, resulting in an outbreak of cold airmass from eastern Europe across the W Balkans towards N Africa. 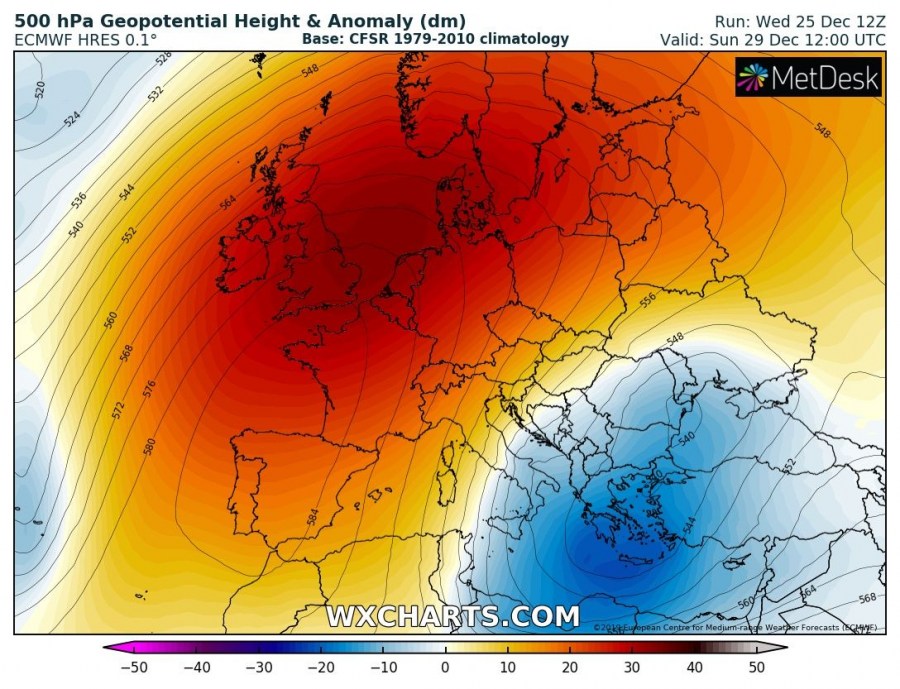 Such pattern over Europe usually results in colder weather across the eastern half of Europe, but much warmer over the western parts of the continent where upper ridge and surface high-pressure is strengthening. Here is a sequence of 850 mbar temperature anomaly across Europe. The cold outbreak will be starting early Saturday across eastern Europe, intensifying through Sunday over the Balkan peninsula and gradually weakening on Monday while spreading across the southern Mediterranean towards North Africa as well. 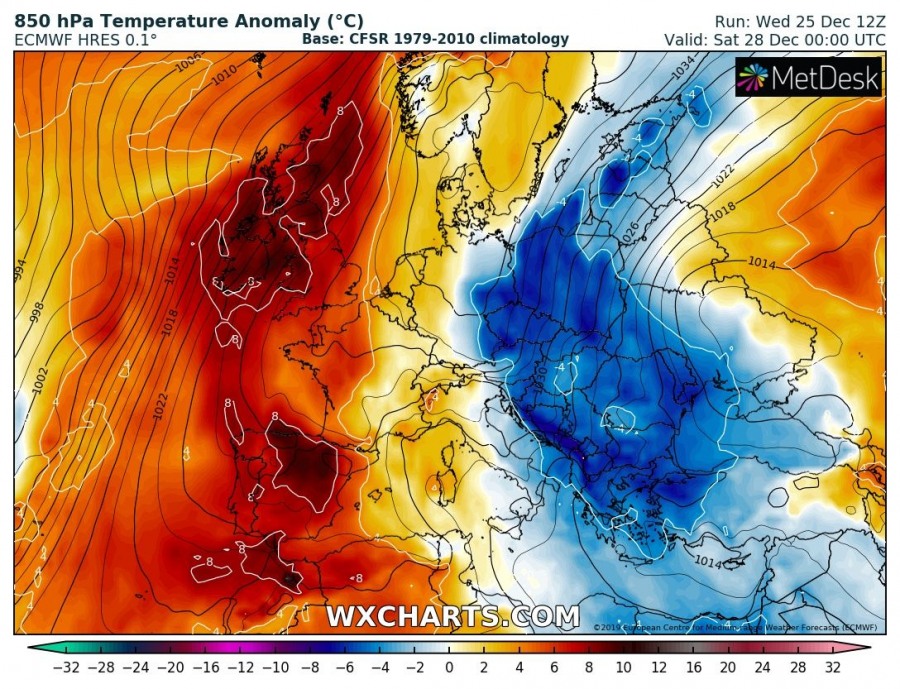 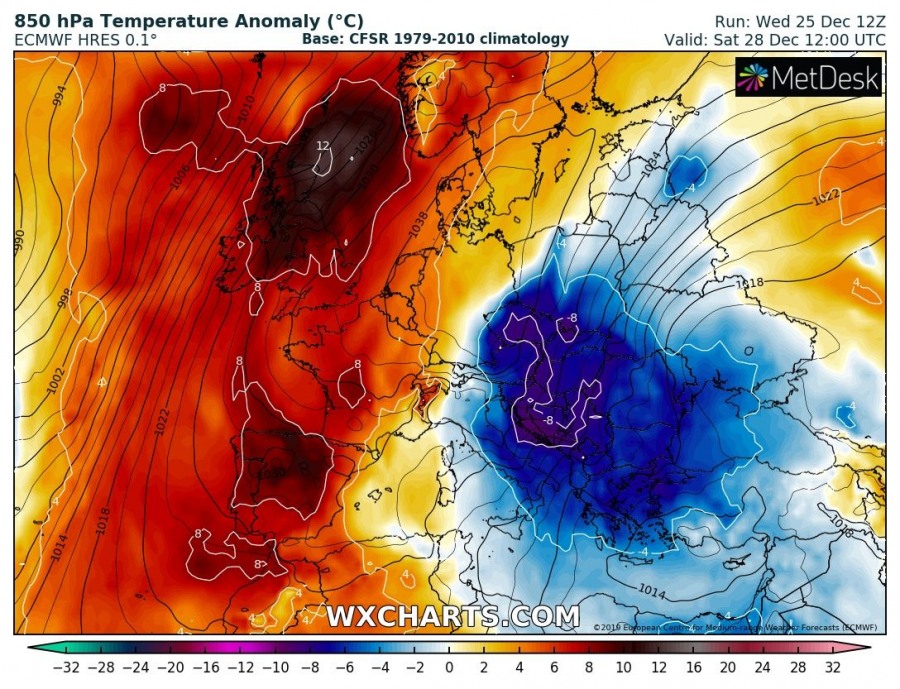 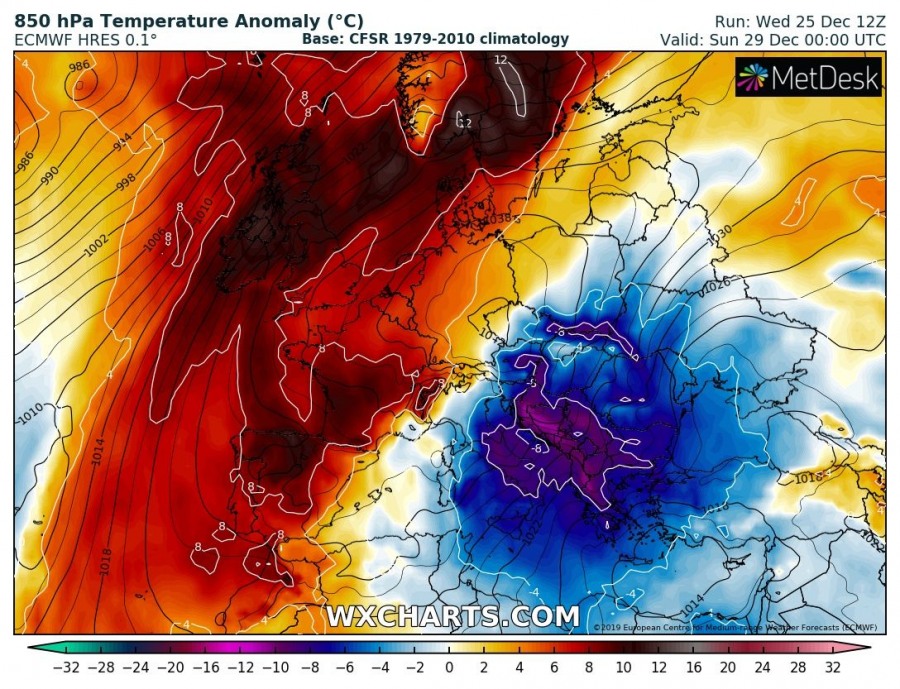 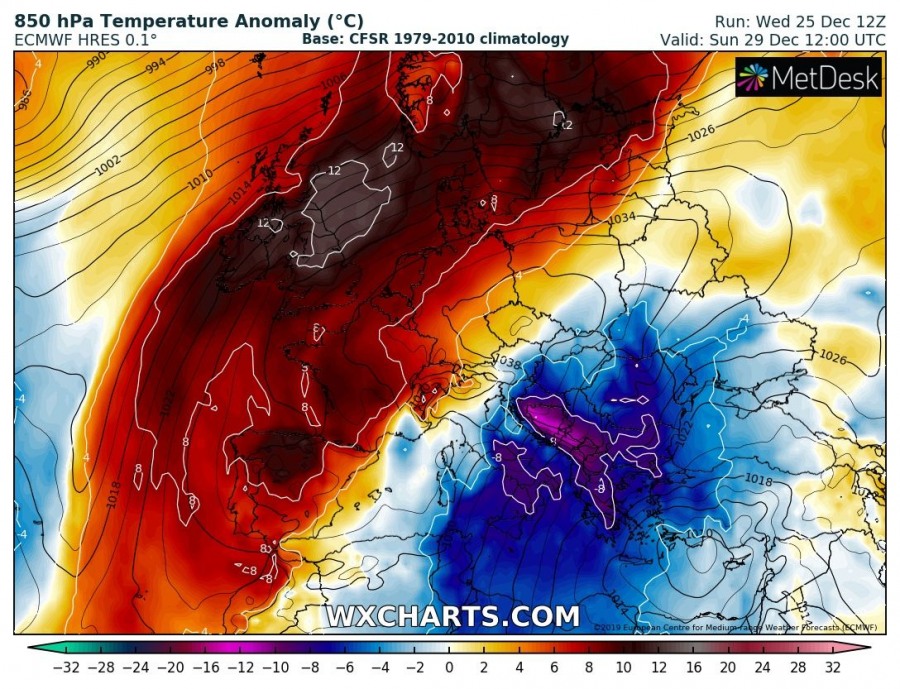 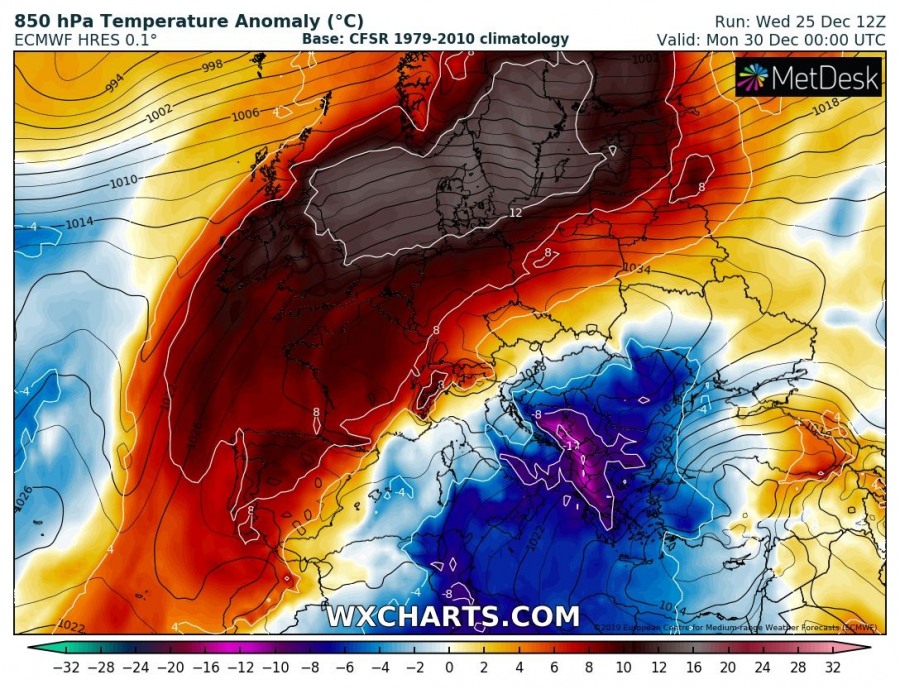 Attached are zoomed-in maps of 850 mbar and 2 m temperature anomaly across SE Europe and the Balkans – we can see very cold weather spreads across the whole peninsula. Being the coldest along the Dynaric mountain range across west-southwest Balkans. Bora winds are also expected along the eastern Adriatic coast, as well as towards S Italy. 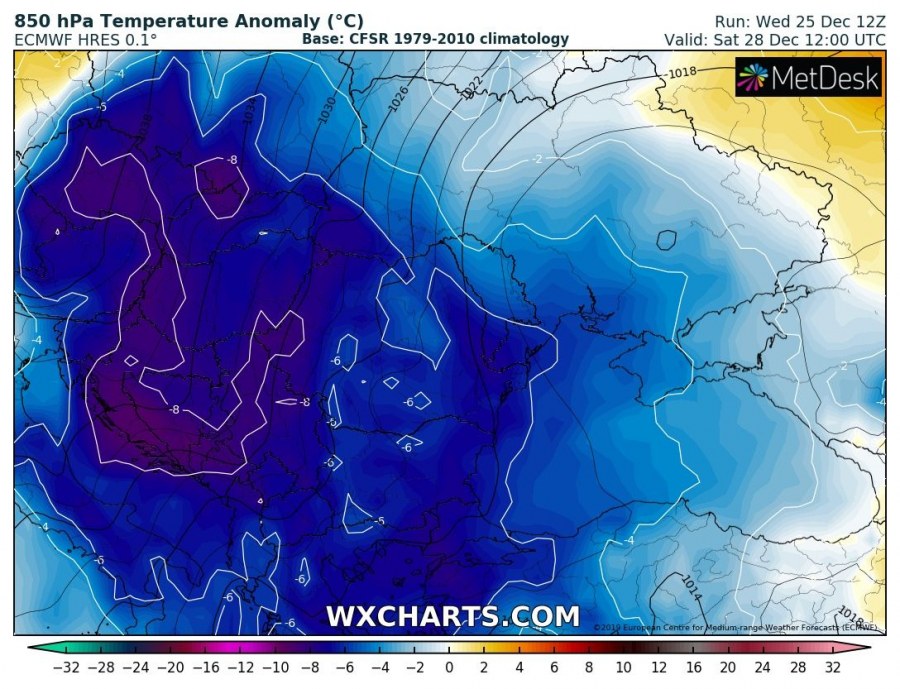 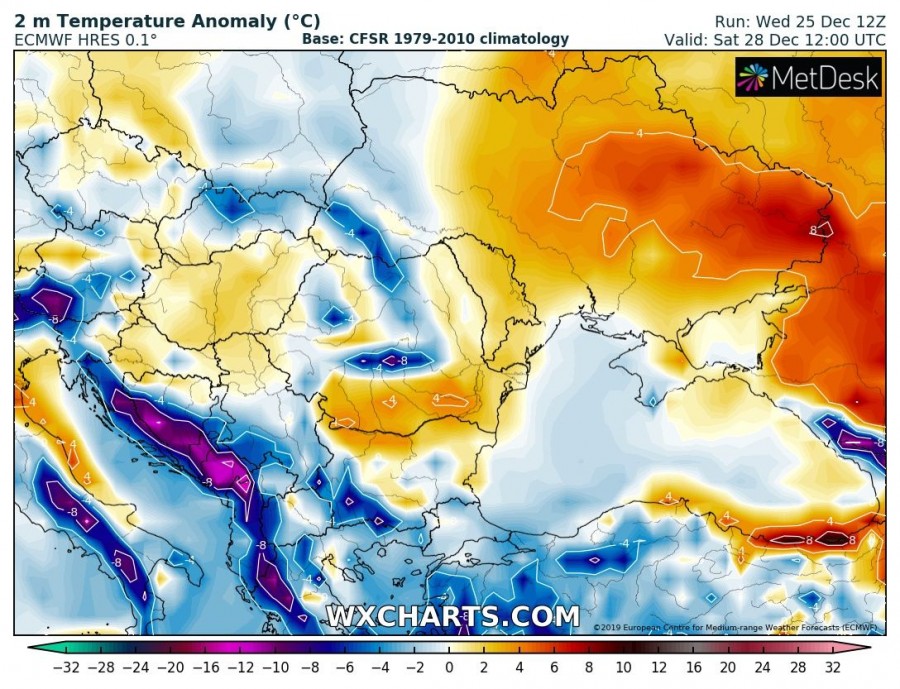 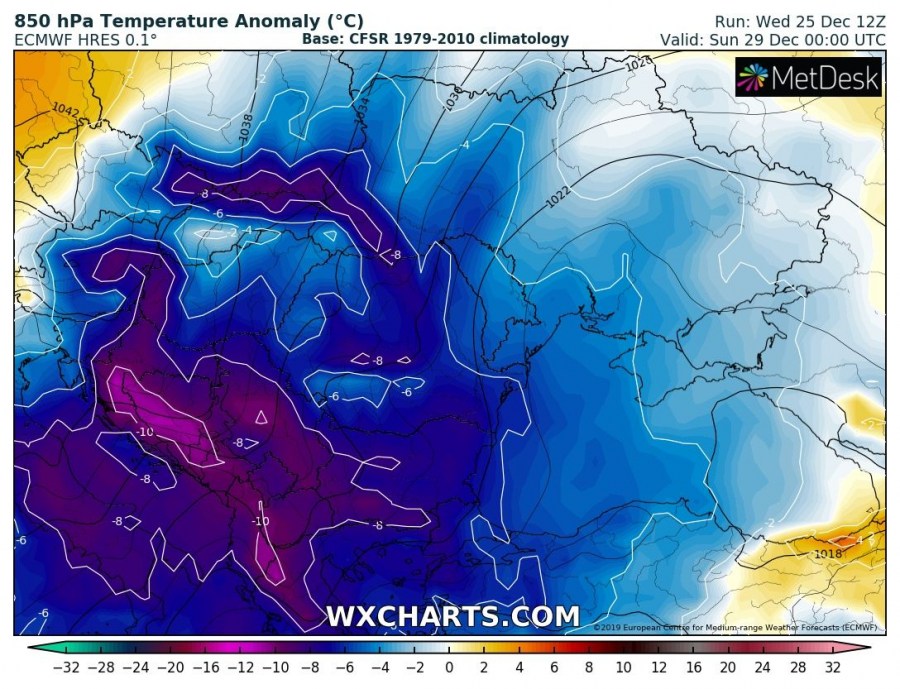 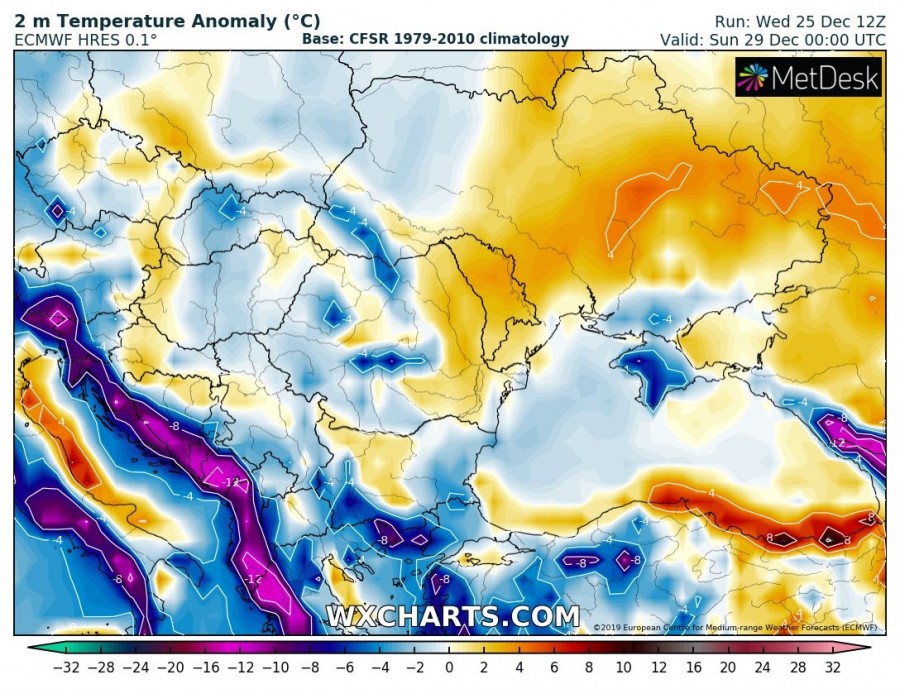 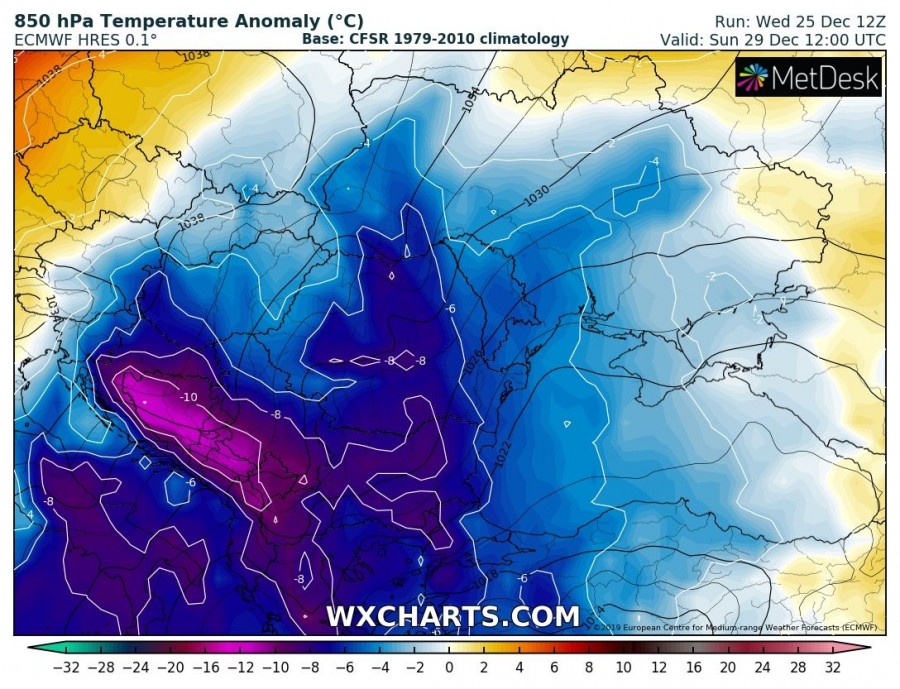 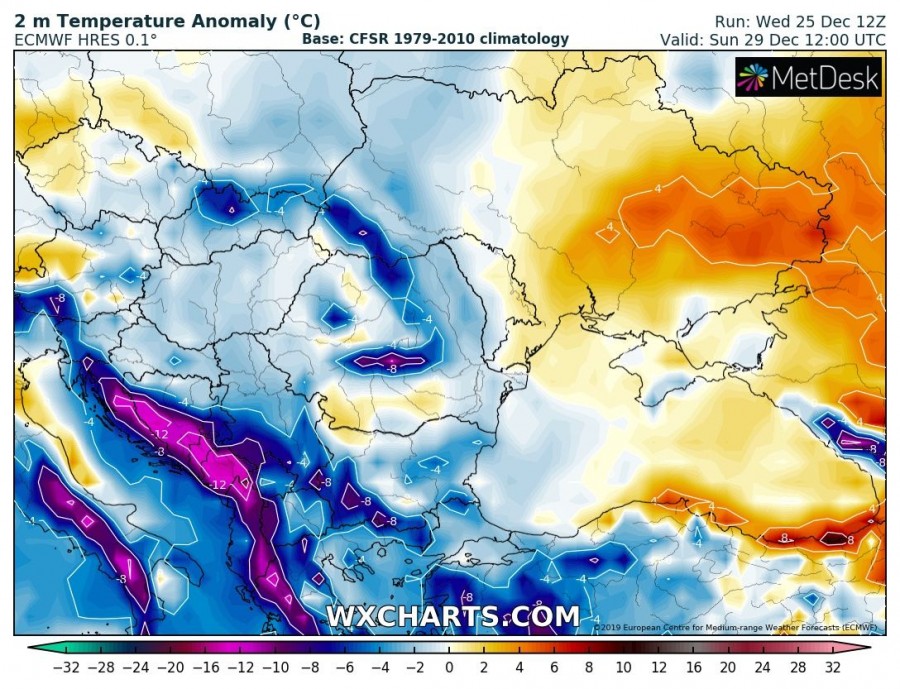 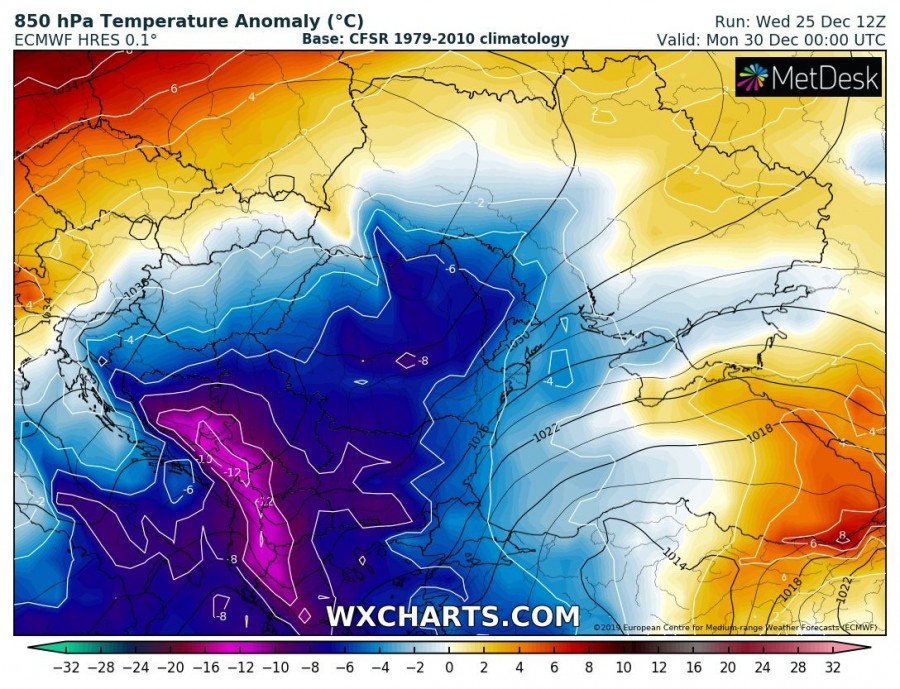 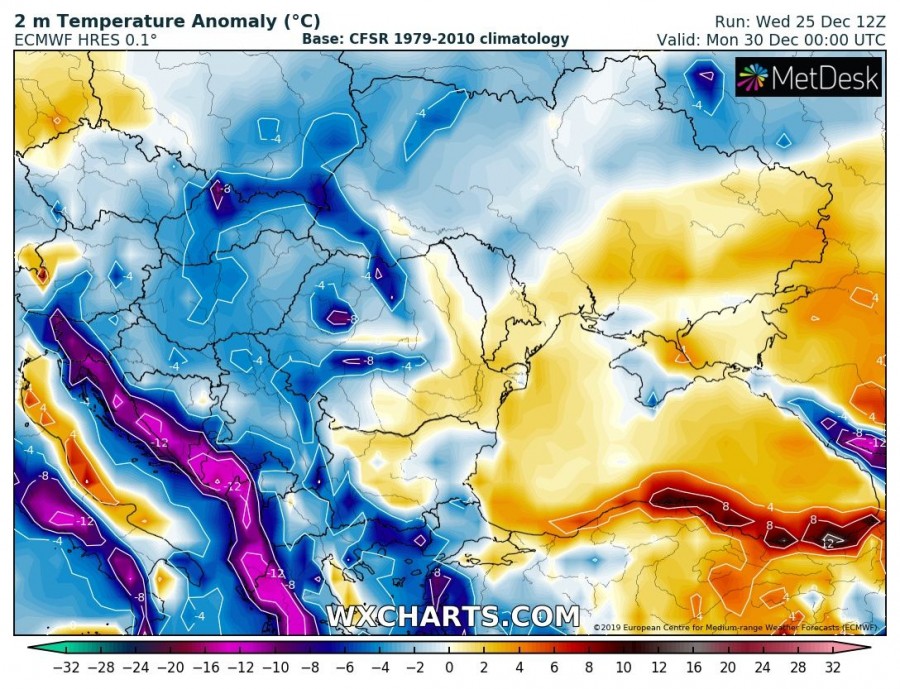 Quite some snow is also expected, resulting from an orographic lifting with the NE flow across the Balkan peninsula. This means the Carpathians and the W Balkans should receive a good amount of snow, more in the higher elevations. Some locations should approach 50 cm of fresh snow from Friday through Sunday. Quite some fresh snow also over the NE Alps and Turkey. 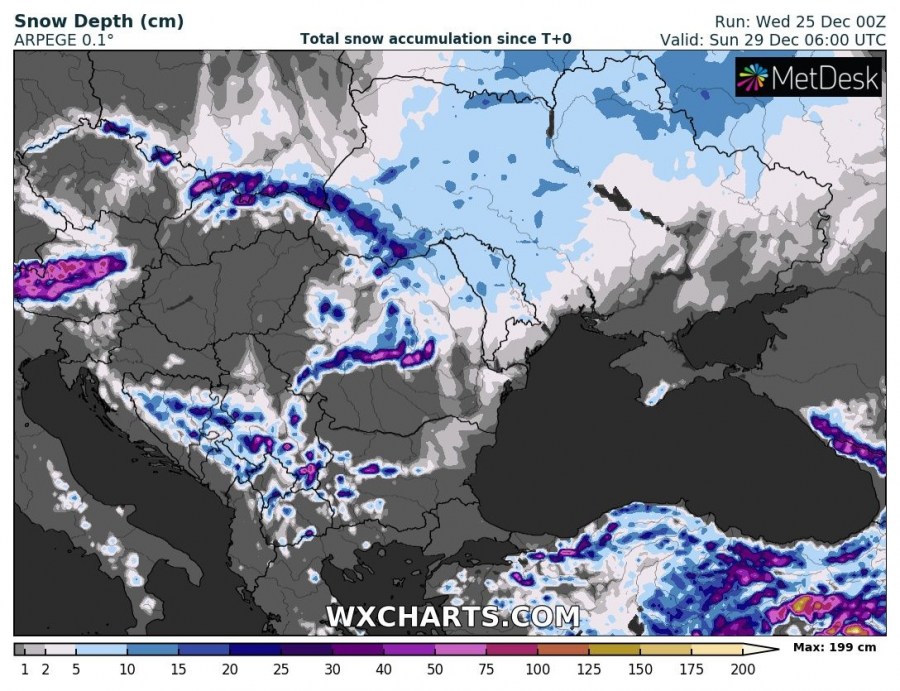 A couple of meteograms (Ljubljana-Slovenia, Sarajevo-Bosnia and Herzegovina, Athens-Greece) over the Balkan peninsula – a few days cold pool is nicely visible, between 27th and 30th December 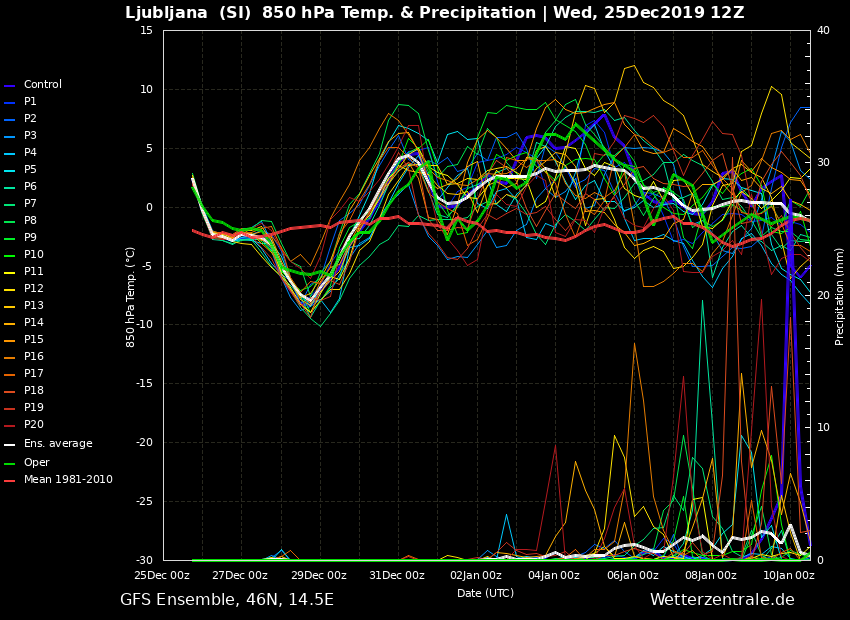 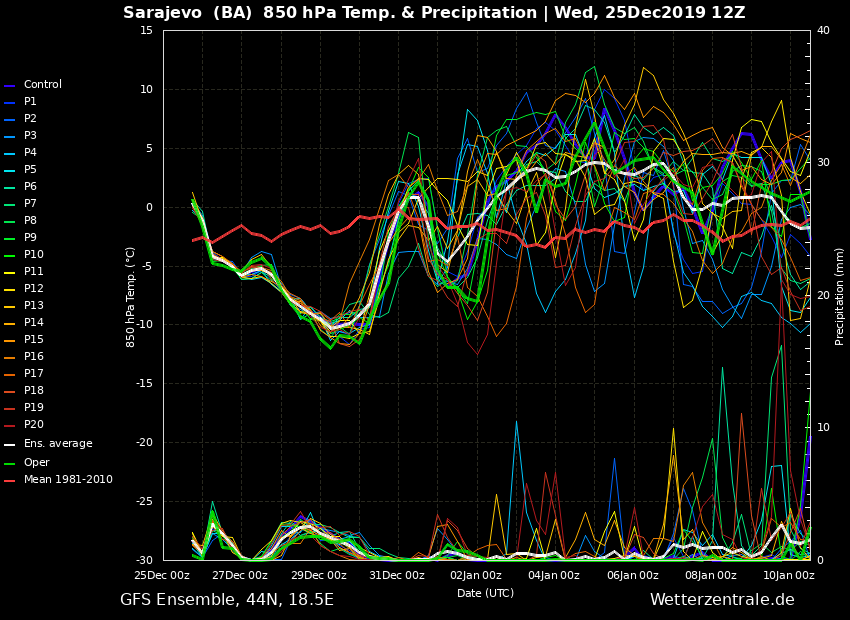 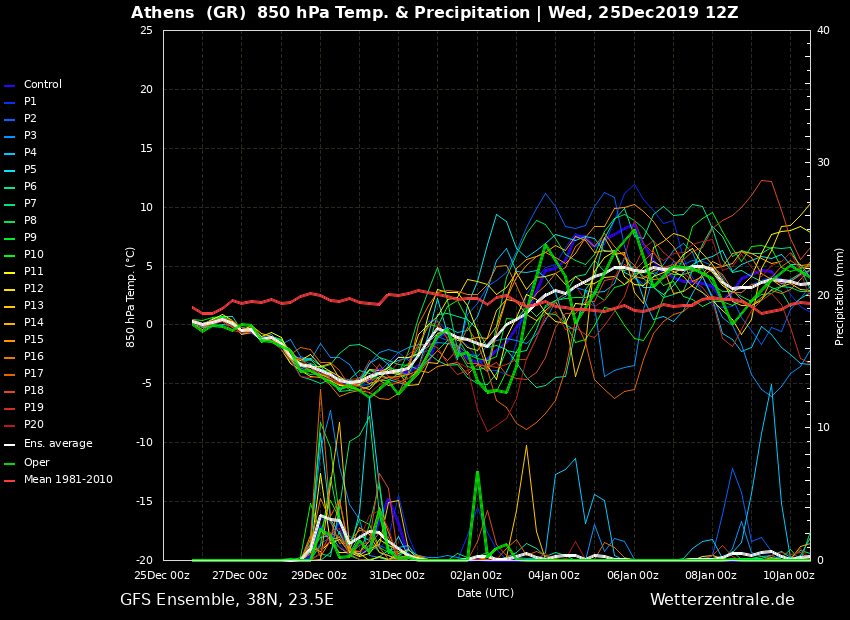 As we can see on the long-term meteograms above, the cold outbreak will be just temporal. Models are trending into a much warmer period to return before the New Years’ eve – stay tuned for additional details tomorrow.