It has been a rather non-existing extreme heat over our continent this summer. Mostly, there are often quite dynamic patterns and less blocking highs. Those would normally promote heatwaves in parts of Europe, but it seems they are not of interest this summer. Yet. This week will bring a rather cold period for a large part of Europe. However, the heat might return after Sunday and next week.

A relatively cold week ahead

The pattern on Tuesday, July 14th, reveals there is a large area low geopotential spread across much of our continent. A blocking high is placed over the North Atlantic and Azores. 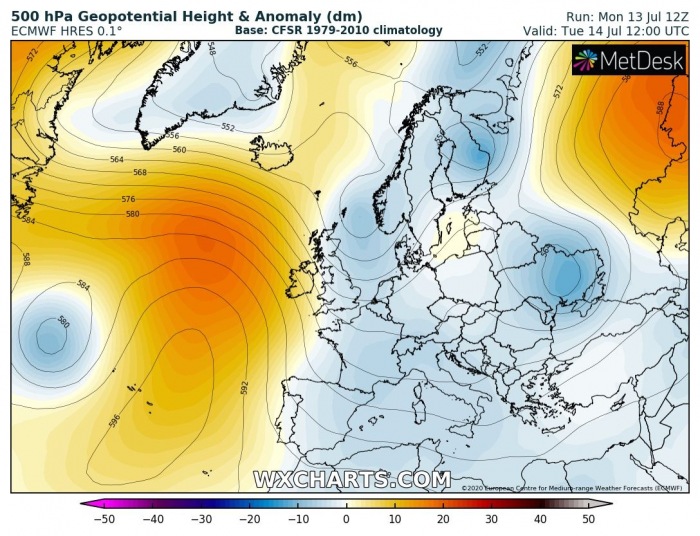 500 mbar pattern, July 14th. Graphics: WXCHARTS.COM
This is, therefore, resulting in quite cold weather across the Balkan peninsula and eastern Europe. Temperatures will locally be close to 10 °C below normal for mid-July. 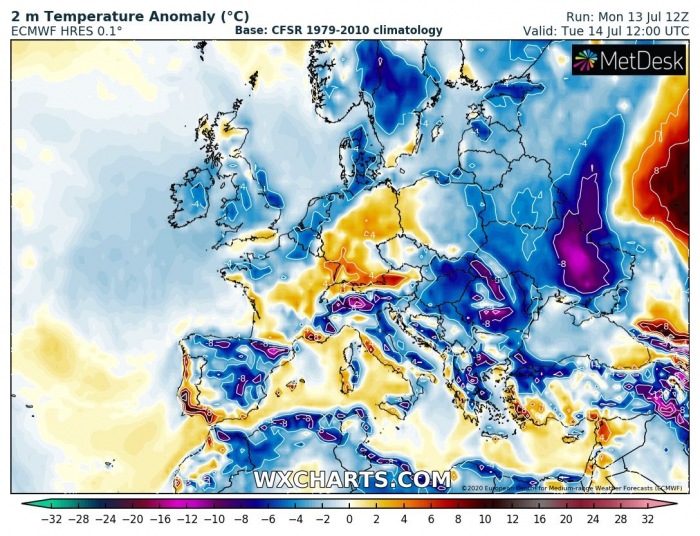 Through Wednesday, July 15th, the strong upper ridge persists over the Atlantic while trough over continental Europe strengthens over west-central parts and also towards western Russia. 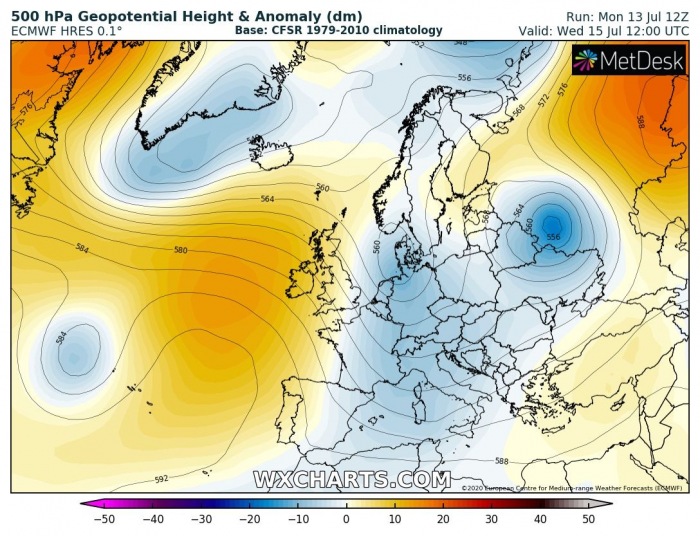 500 mbar pattern, July 15th. Graphics: WXCHARTS.COM
This is promoting additional cold weather into many parts of Europe. In response to deeper/colder upper-levels, the cold advection should spread over western and eastern Europe. 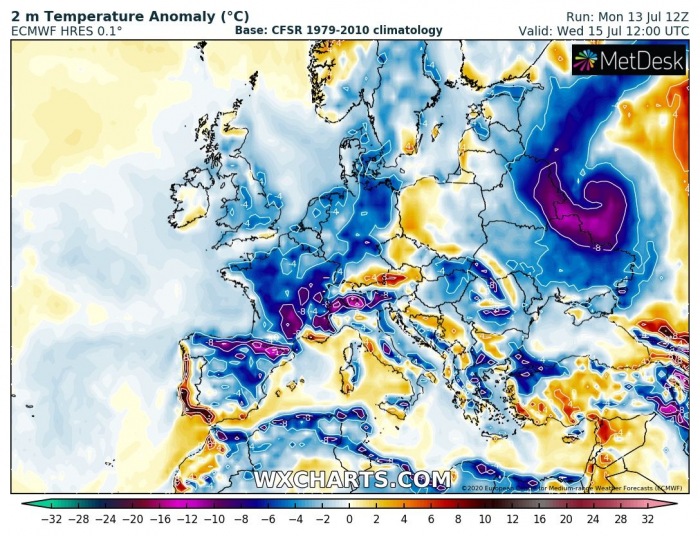 On Thursday, the North Atlantic ridge weakens towards the Arctic region as a deep trough develops near Iceland. 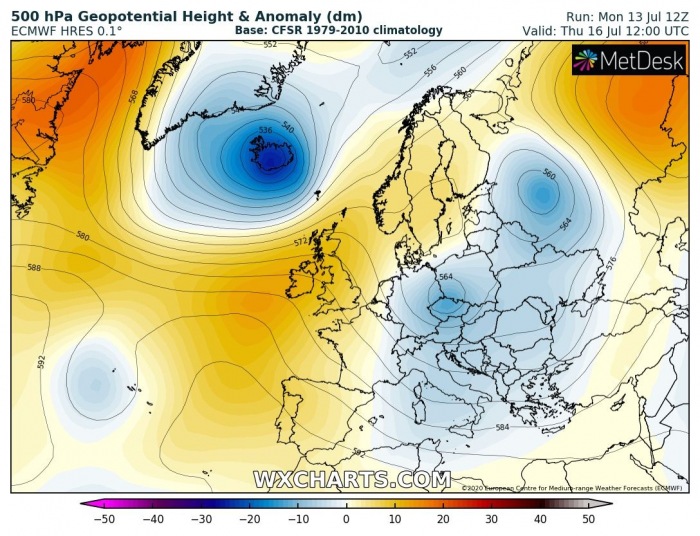 500 mbar pattern, July 16th. Graphics: WXCHARTS.COM
Ahead of this core, warmer weather spreads towards northern Europe. But it remains over west-central Europe and western Russia. 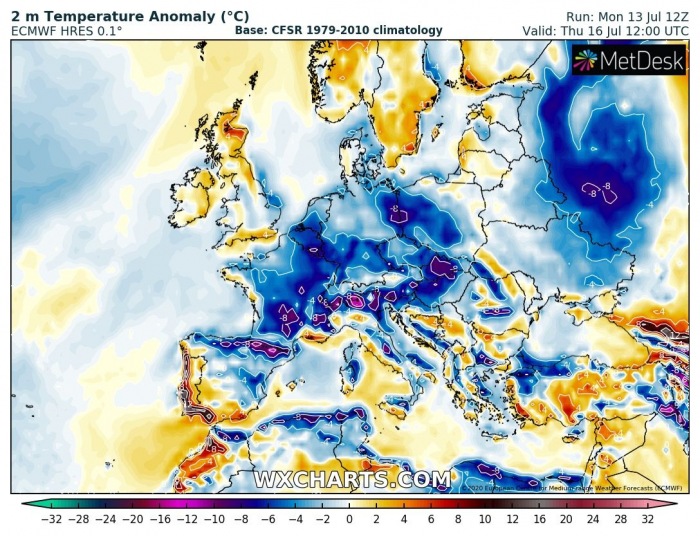 Similar pattern as on the previous day, with even deeper upper low over the far North Atlantic. Therefore, supporting warm advection under the strengthening ridge into western Europe and Scandinavia. The trough over east-central Europe advances further southeast into the Balkans. 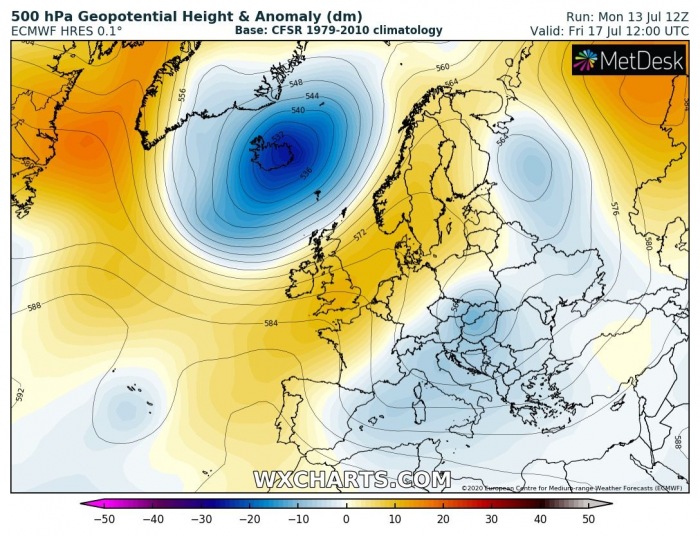 500 mbar pattern, July 17th. Graphics: WXCHARTS.COM
And so it the cold weather, becoming the most pronounced over the Balkans this Friday. Temperatures return back to normal over western and northern Europe. 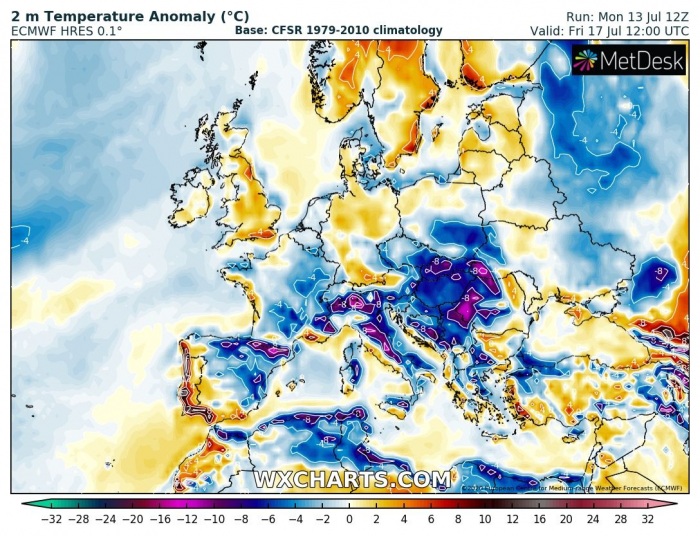 And again, on Saturday, a very similar pattern as Friday’s over our continent. The persisting trough over the North Atlantic with strengthening and expanding the upper ridge towards central Europe. The Icelandic low also affects the UK and Ireland. 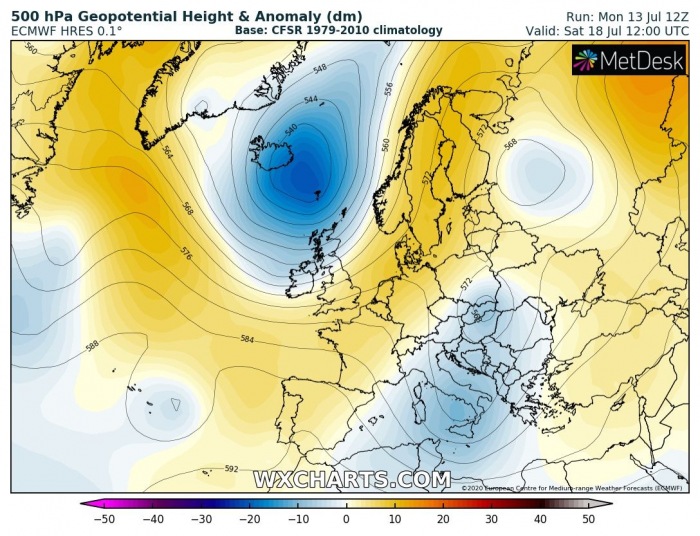 The trough over the Balkans finally vanishes, while the colder weather does remain over the region for another day. 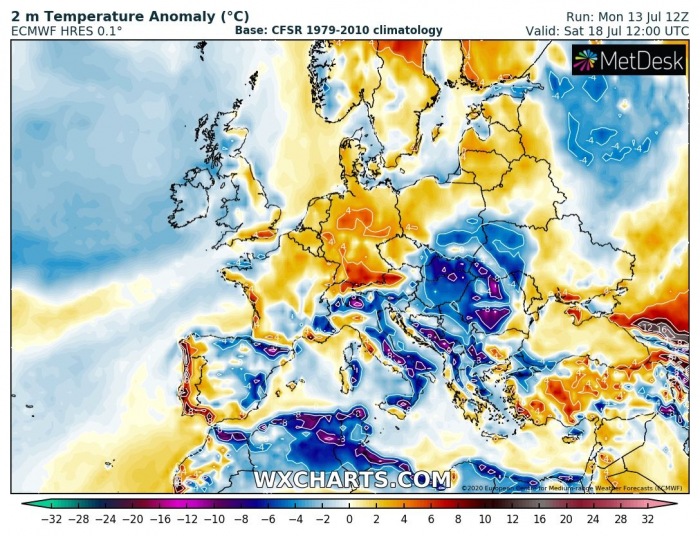 Heat should return next week

Models are then hinting a pattern change after Sunday and likely through the early days of next week. The upper-level ridge gradually strengthens and expands over much of the European continent. The upper trough persists over the northeast North Atlantic, promoting a dynamic frontal system over Scandinavia. 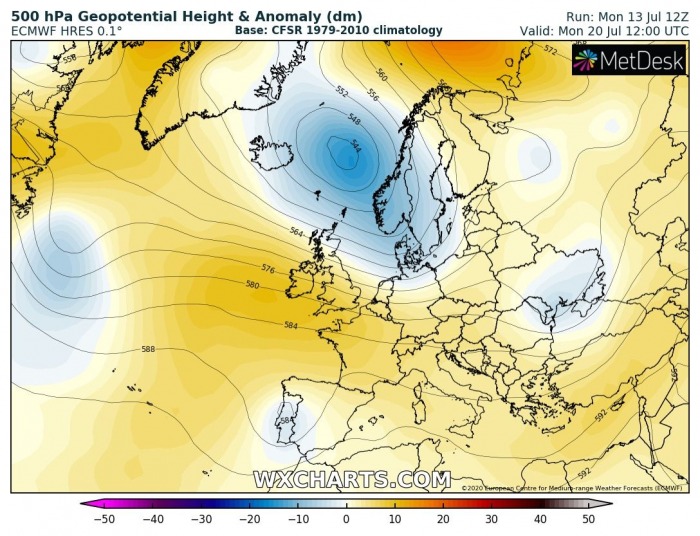 The more stable pattern should introduce much warmer weather again, possibly resulting in a new heatwave across some parts of Europe next week. 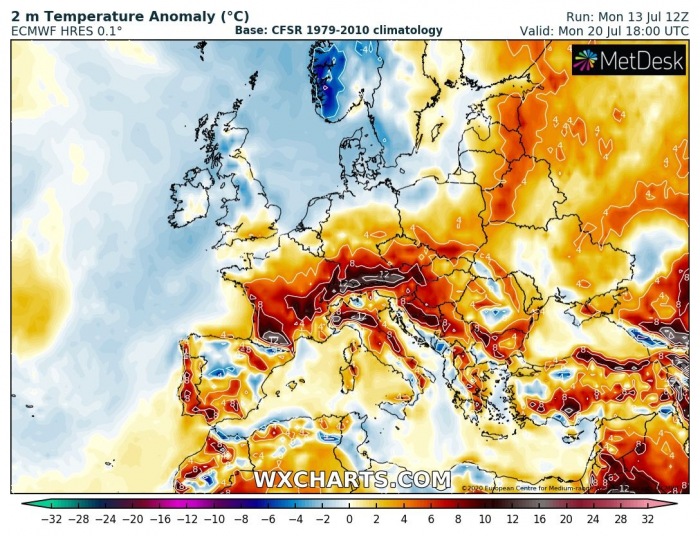 We are monitoring the pattern evolution and we will keep you updated in the coming days. Some days could also support severe weather in some regions – stay tuned for details!