The first in a series of at least three upcoming cutoff lows over the central Mediterranean will cause excessive snowfall for parts of southeast Europe over the next 2 days. We take a closer look.

The deep low will deepen rapidly over the northern Tyrrhenian sea on Thursday, deepening to close to 980 mbar central pressure. It will cause a windstorm over the W-CNTRL Mediterranean. It will move into the central Mediterranean / Ionian sea by Friday. Ahead of the low strong southerlies will advect moist airmass from the eastern Mediterranean, producing strong orographic snowfall in the mountainous terrain of southeastern Europe. 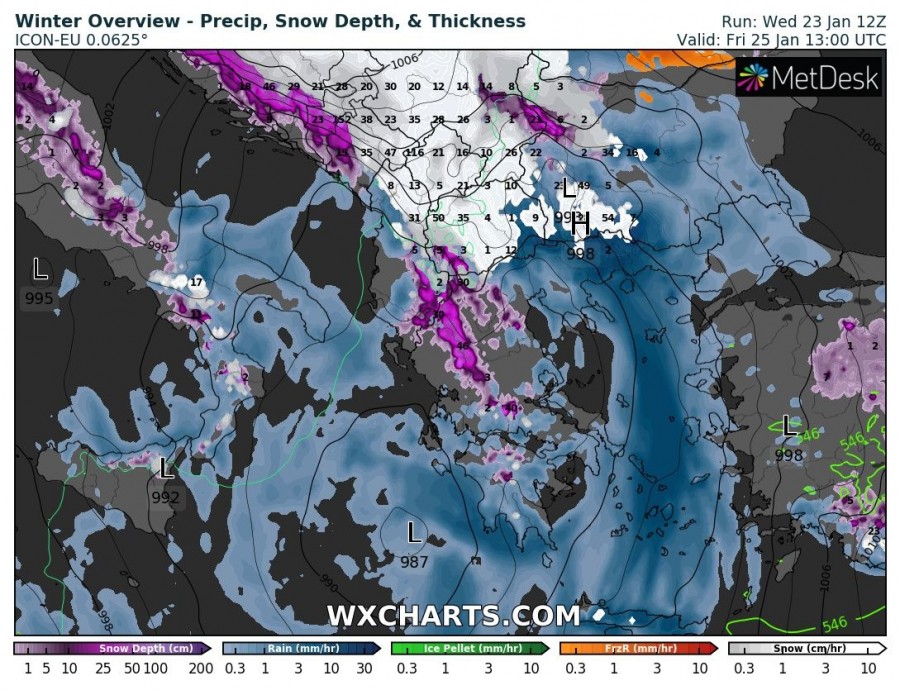 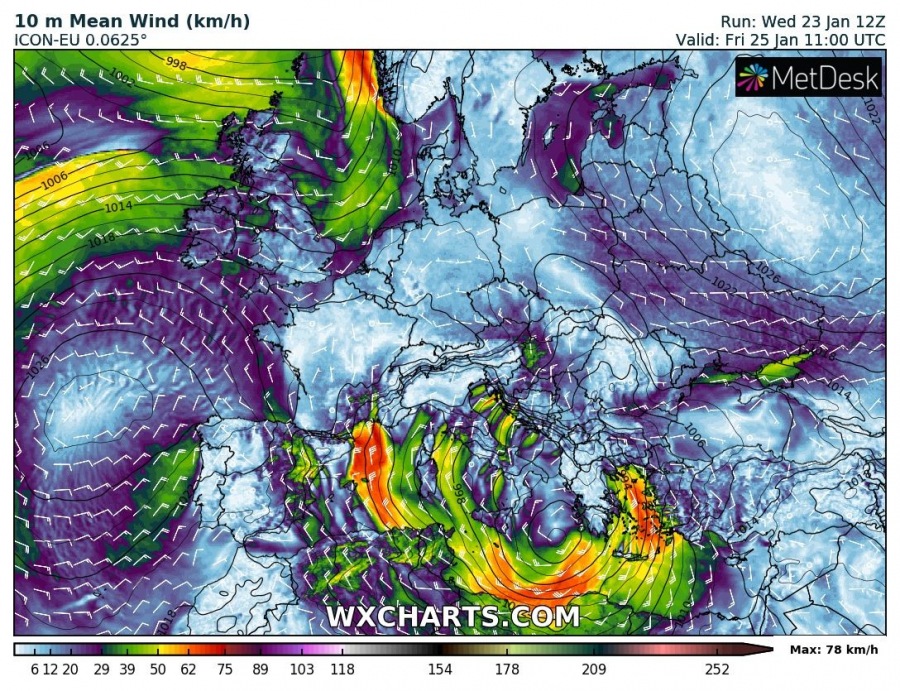 Maximum amounts of snow are expected in northwestern Greece, parts of Albania, North Macedonia, Kosovo and Serbia. Up to 25-45 cm, locally over half a meter of fresh snow is expected there at higher elevations where orographic snowfall is maximized. Also expect significant amounts of snow in southwestern Bulgaria and southern Romania. Significant snowfall is also expected across Croatia, Bosnia and Herzegovina, Hungary and Moldova. 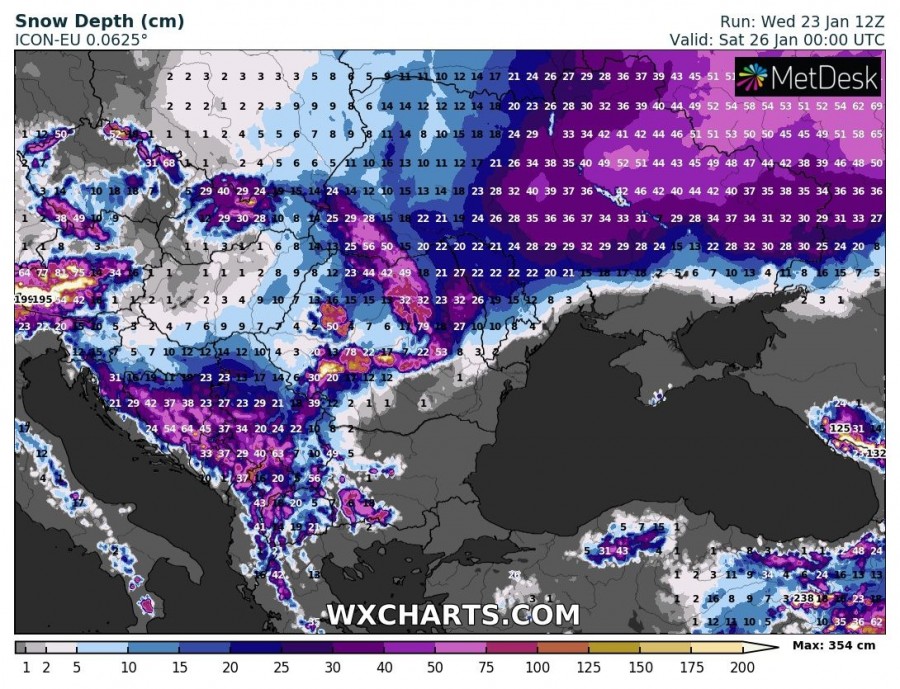 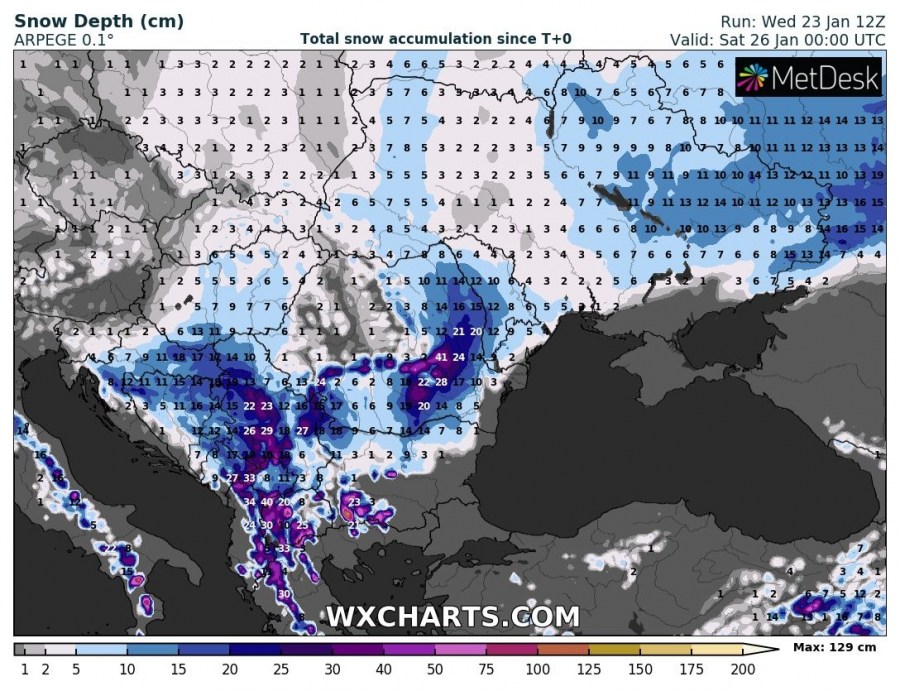