The cutoff low that will cause a windstorm over the central Mediterranean and excessive snowfall across parts of southeast Europe – will also kick up major waves across a large part of the Mediterranean.

Large waves affect the western Mediterranean on Thursday, with maximum wave height reaching 8-9 m on Menorca, and 6-7 m on Mallorca (significant wave height is 1/2 to 2/3 of these values) and up to 10-14 m along parts of the coast of Algeria. Expect waves up to 6-8 m maximum height on the SW coast of Sardinia. Major waves persist across the region with strong mistral winds through Saturday. Also expect major waves across southern and central Mediterranean, particularly on the western and southern coast of Sicily, Lampedusa and Malta. Waves reaching maximum heights up to 8-10 m are expected there on Friday, pushing towards the eastern Mediterranean and affecting the coast of Libya and western and southern Crete with waves up to 8-10 m maximum height. Expect the waves to gradually diminish over the weekend. 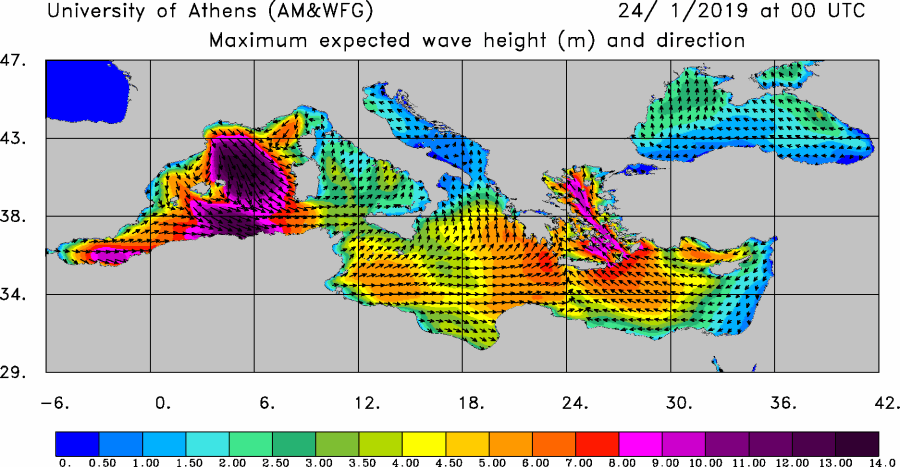 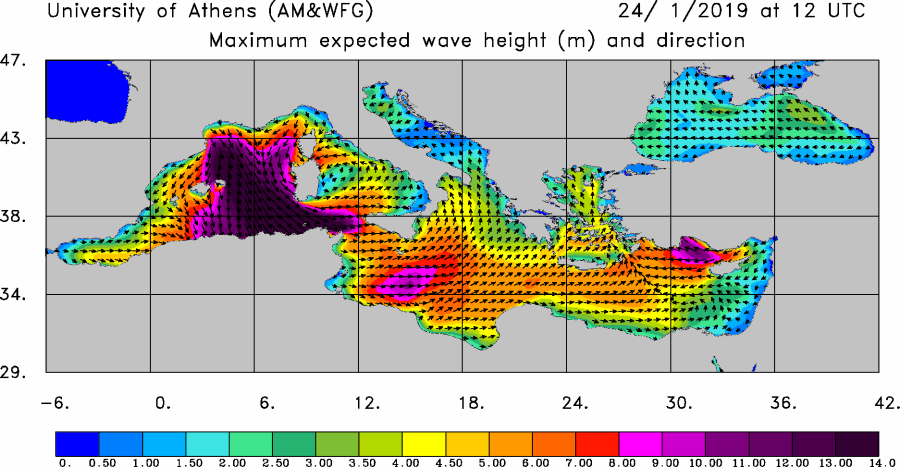 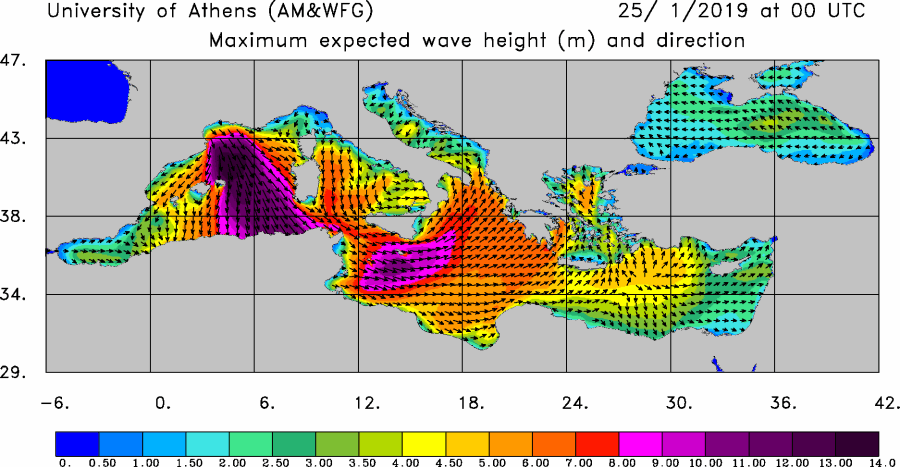 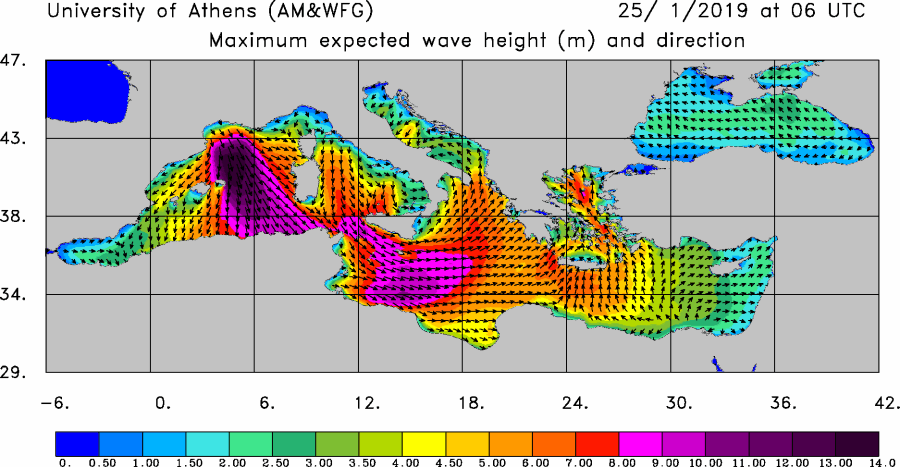 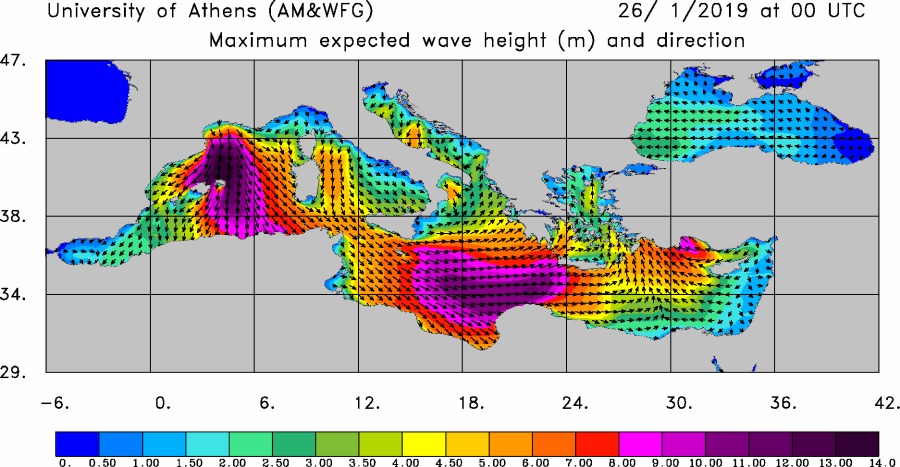 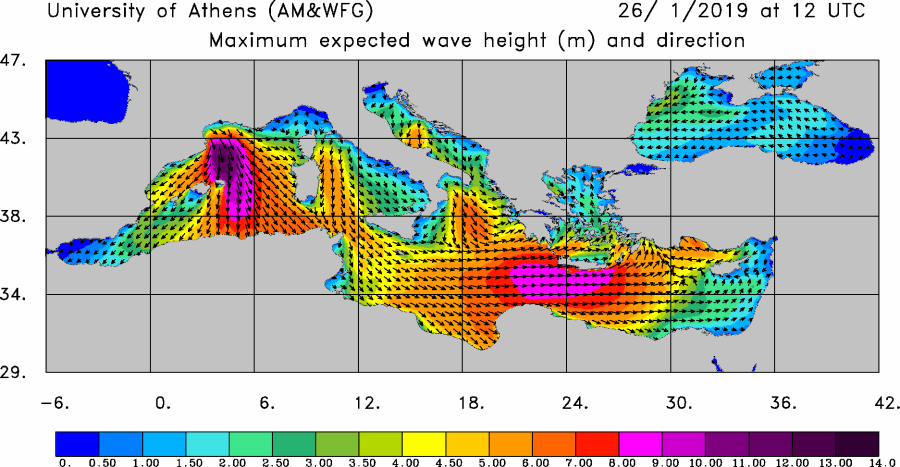