Wow, what a perfection! Despite extremely dangerous, we are seeing a spectacular satellite appearance with this North Atlantic cyclone, once again! This is the morning update on the ongoing violent windstorm #Jorge, now moving into western Europe. Reports of peak gusts up to 100 km/h are already coming from western Ireland for now. Conditions will worsen in other areas as well, as the storm advances further northeast towards Northern Ireland, Wales, and England. Additionally, the system’s cold front will push a potentially severe convective line into France, Benelux, and Germany this afternoon.

Based on this morning’s 06 UTC (Feb 29th) surface analysis, #Jorge is near its mature stage, ending its rapid intensification phase. The central surface pressure has deepened from 986 mbar to 953 mbar since yesterday morning, Friday, Feb 28th, 06 UTC. That is a 33 mbar pressure drop during the past 24 hours (the threshold for bombogenesis is 24 mbar pressure drop in the past 24 hours period). Jorge should soon reach its peak in the minimum central pressure and maintain its strength while slowly drifting east-northeast today. 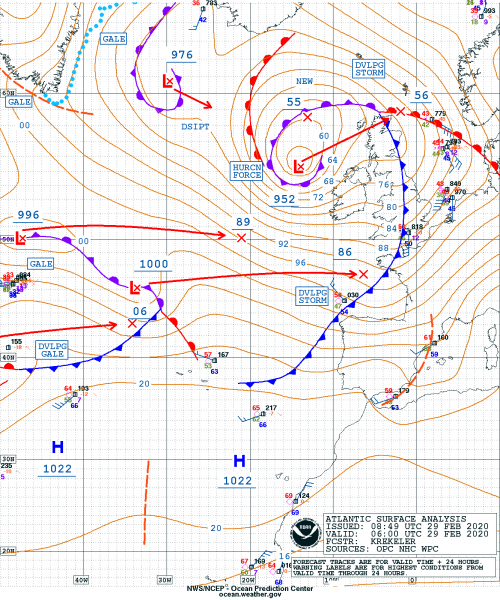 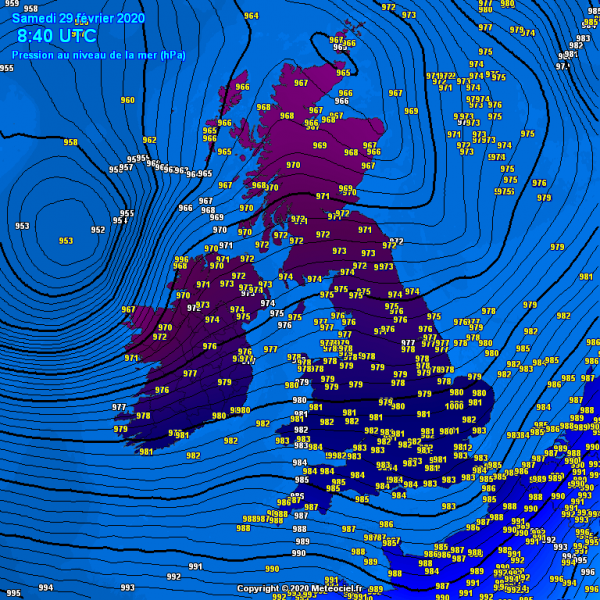 As expected, the satellite presentation of the cyclone’s core is beyond exceptional! Again, a perfect, textbook appearance of the deep cyclone’s core, moving into Ireland this morning. Notice a very powerful sting jet wind maximum blast, soon delivering locally intense winds on the coast of western Ireland. But the whole system and fronts are impressive! 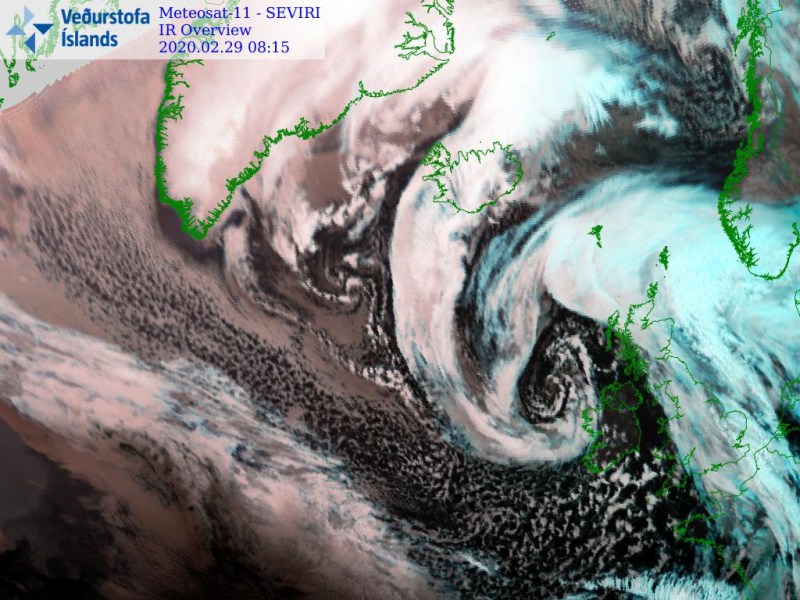 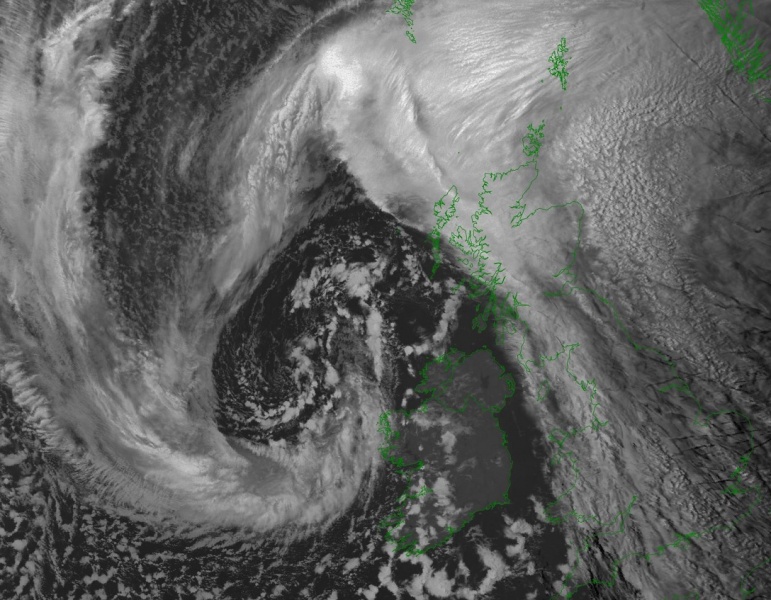 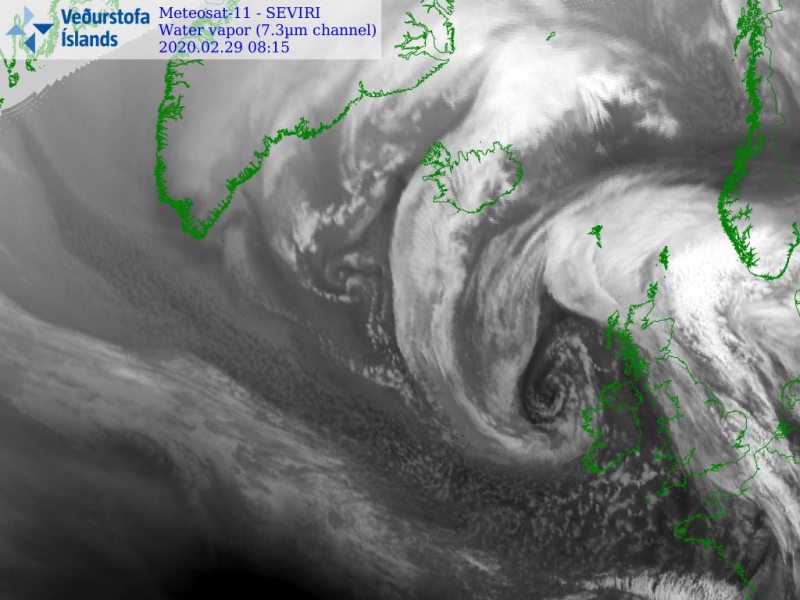 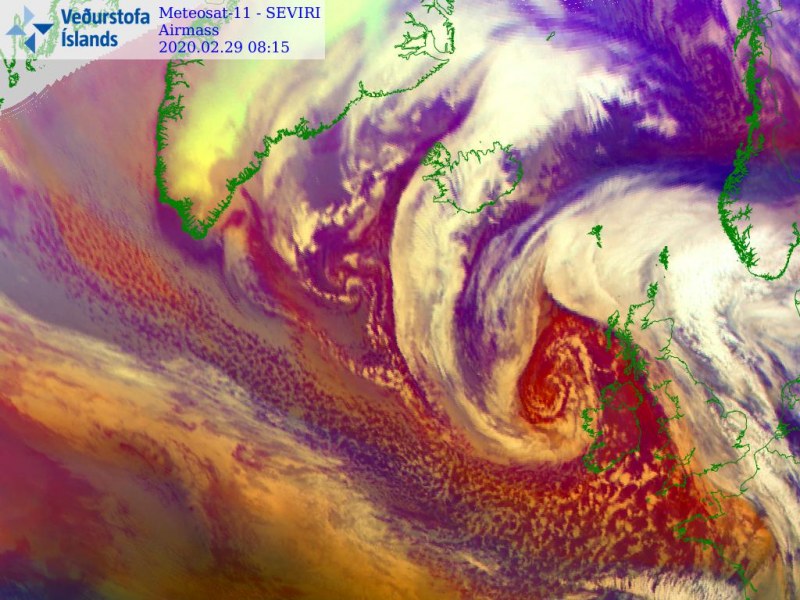 Here is the latest AROME, ARPEGE and ICON-EU model guidance for the expected peak gusts across western Europe today – extremely severe gusts in excess of 120 km/h are quite likely! 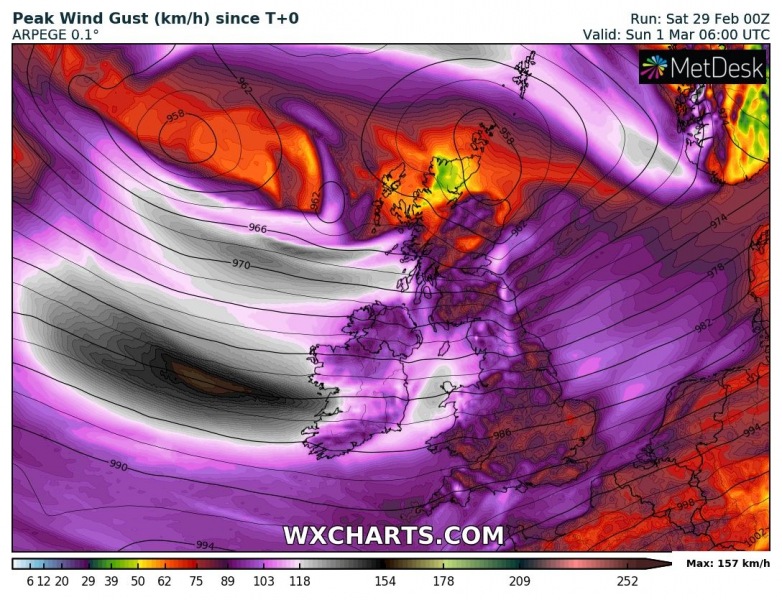 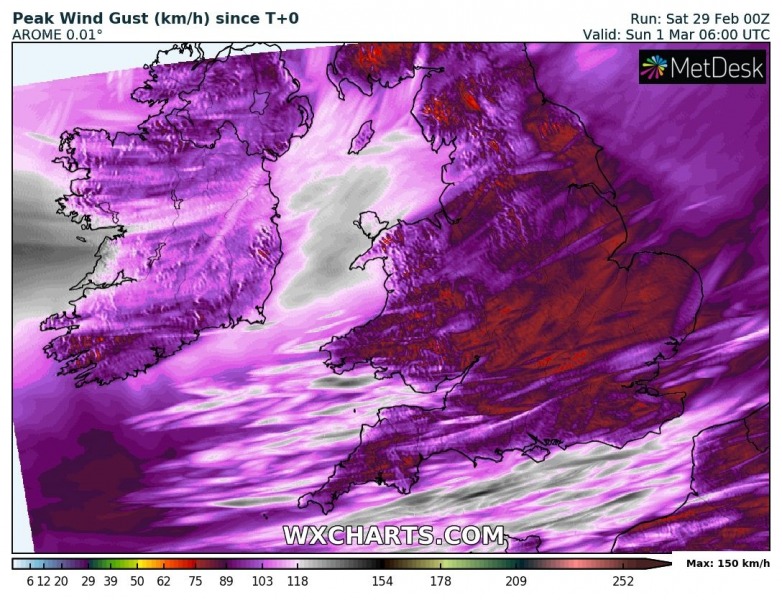 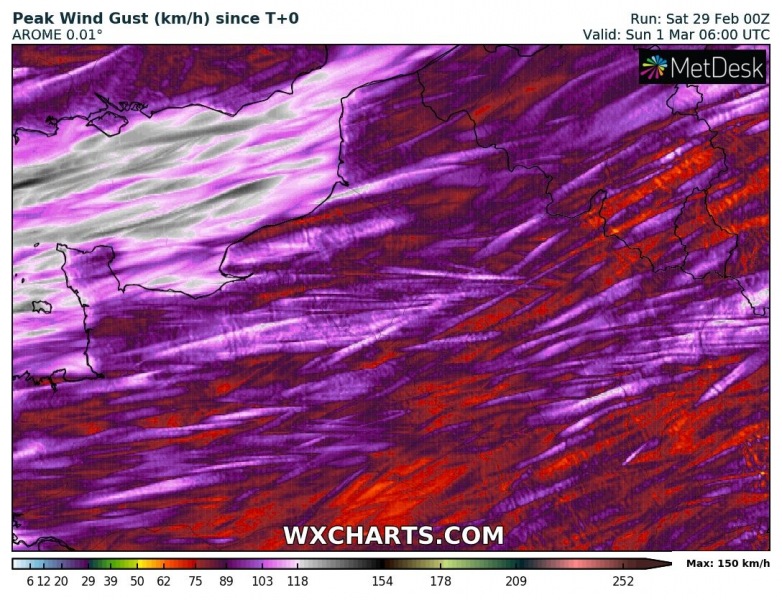 The highest ‘Red Warning’ is in effect for western Ireland, as well as ‘Orange Warning’ for the rest of the country. Issued by the Met Éireann (the meteorological service of Ireland), for the expected very severe winds and flooding associated with the storm Jorge. 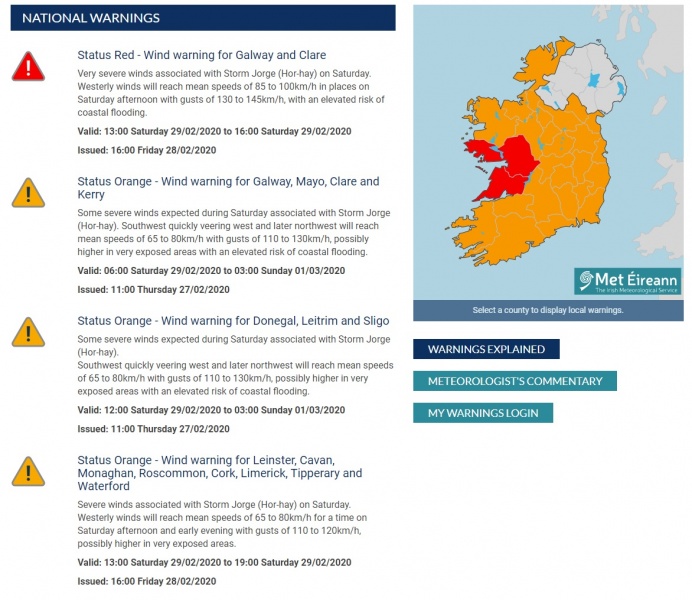 Stay alert for extremely dangerous conditions through the midday and afternoon hours when conditions finally improved later today. We are closely monitoring the system’s evolution and will keep you updated!

North Atlantic strikes again this weekend – The explosive development of deep cyclone will introduce an intense storm #Jorge across Ireland, UK and Wales on Saturday

The main cold front associated with #Jorge is moving into France, Benelux and Germany this afternoon: