North Atlantic gets into its dynamic mode again this weekend. A strongly deepening extratropical cyclone develops tonight while blasting into Iceland tomorrow. It brings an intense snow blizzard across the island first, as the country will be under very low temperatures the whole weekend. Violent winds will locally be possible. During the Sunday afternoon hours, a strong warm front pushes in from the south and snow changes to rain. Huge amounts of orographic snow are expected in southern Iceland – 100+ cm is likely. Lots of rain on the southern coast. Hurricane winds in excess of 160 km/h are expected north of Iceland where pressure gradient tightens against the Greenland high – across the Denmark Strait.

With the pattern flip this weekend, a deep trough is developing over the North Atlantic. Upper ridge builds up over Europe. The trough will be rather rapidly deepening from today through Monday while gradually drifting into North Atlantic and over Iceland: 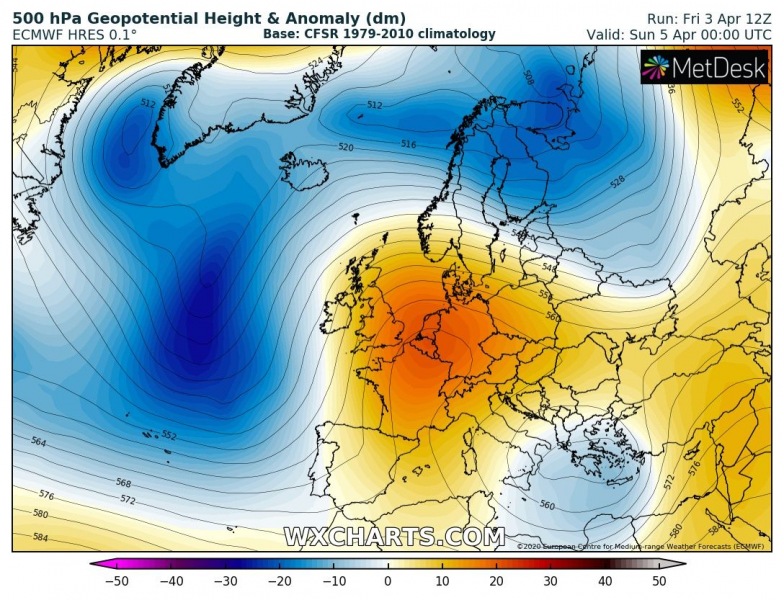 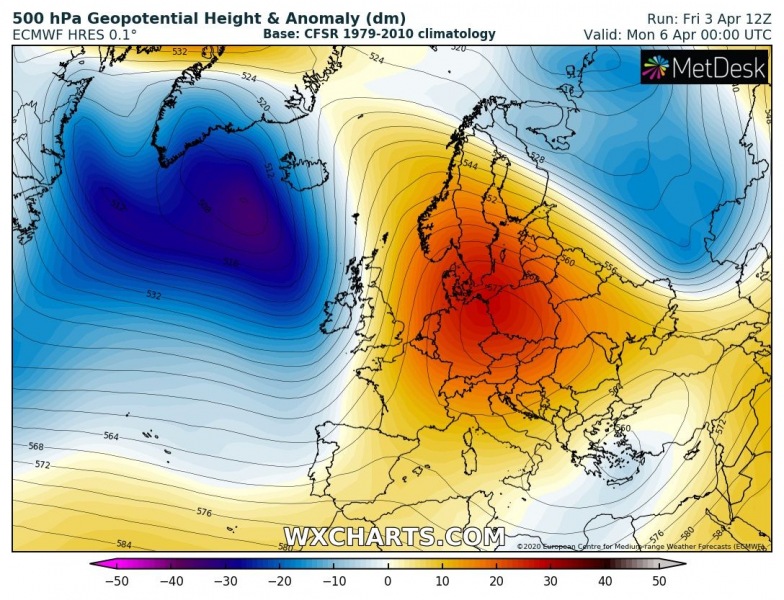 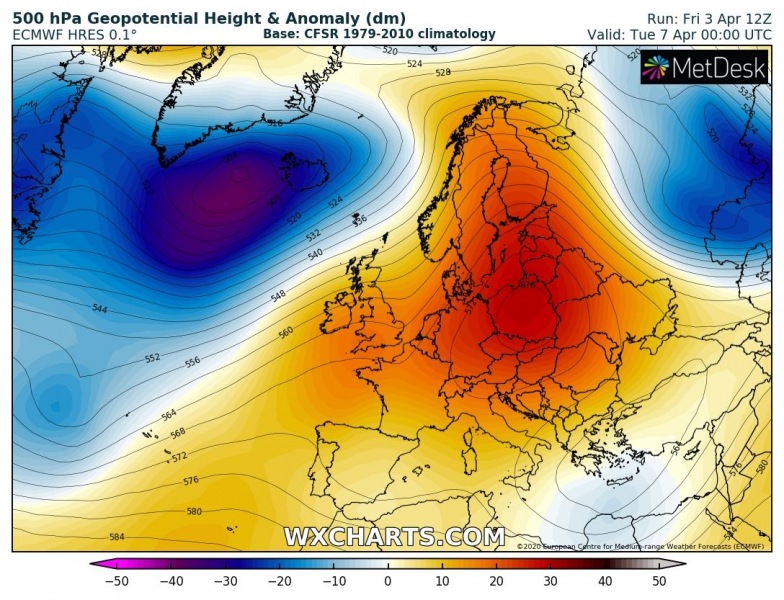 As the cyclone will be coming from the south, strong north-northeasterly winds will maintain the Arctic cold airmass across the far North Atlantic, including Iceland and the Greenland Sea. But with the approaching system from the south, a strong warm advection spreads across Iceland on Sunday afternoon. 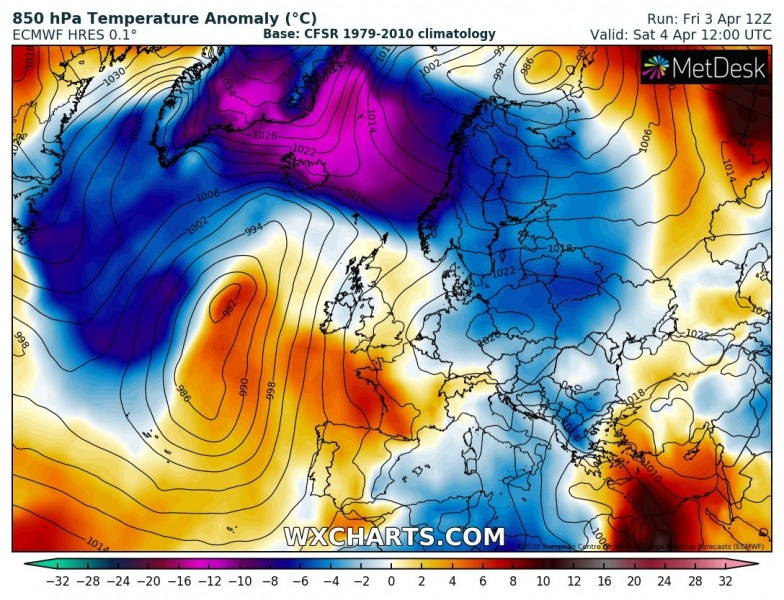 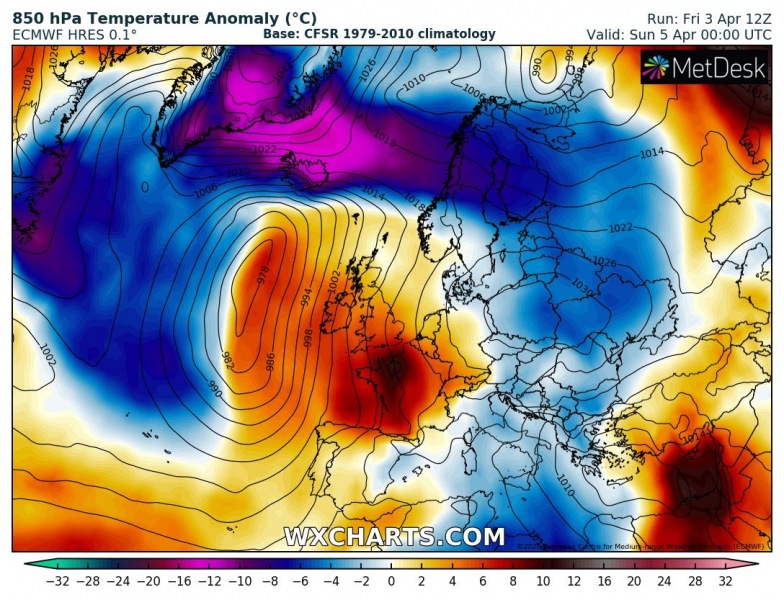 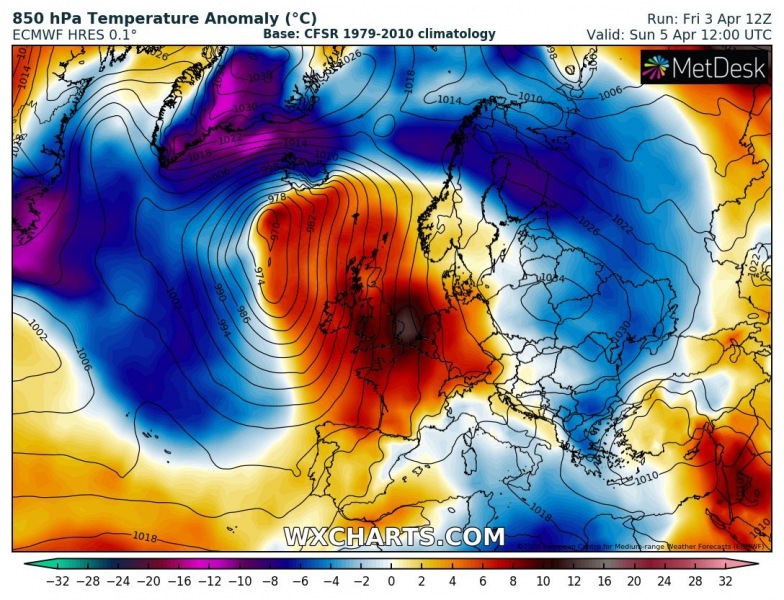 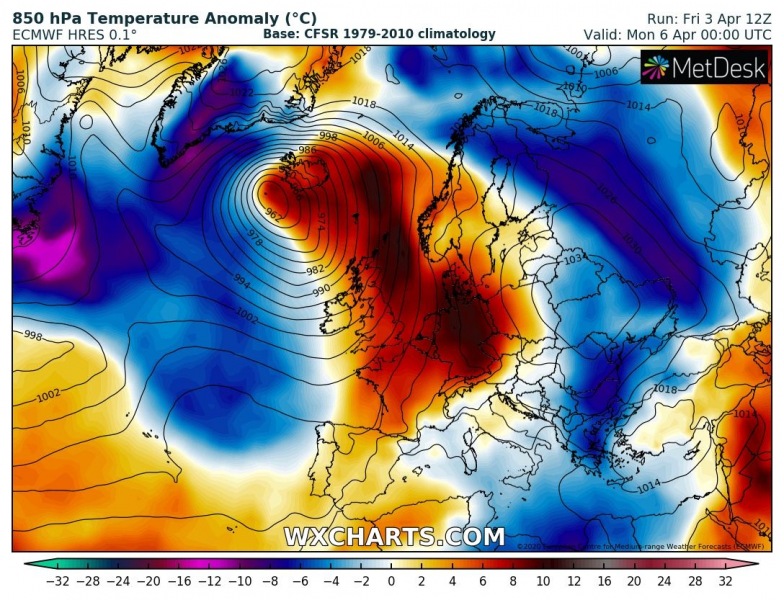 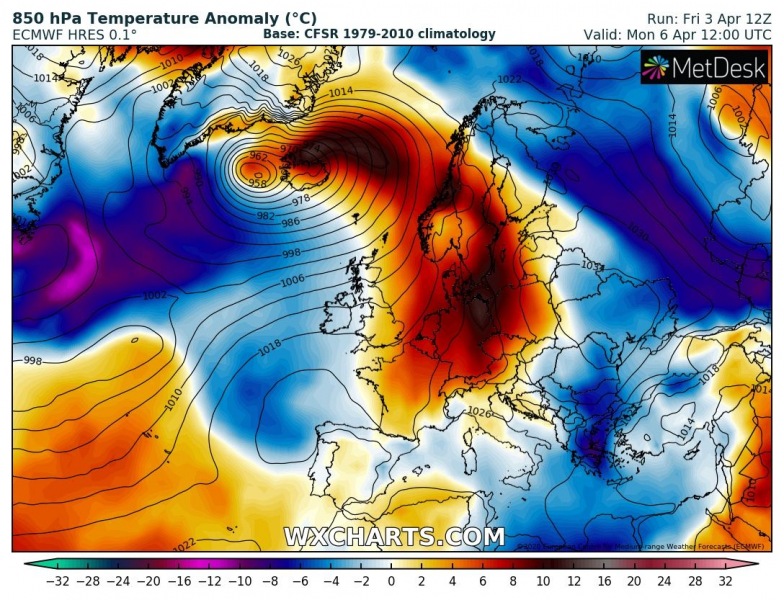 Here is a 12-hour sequence of the surface low development across the North Atlantic and Iceland. A broad channel of severe easterlies develops on the northern side of the low, across Iceland on Sunday morning. Winds will be strengthening during the day and begin weakening in the evening after the front passage. As the cyclone reaches its peak on Monday, the strong pressure gradient develops across the Denmark Strait. Winds should significantly intensify there, with violent hurricane-force speeds. 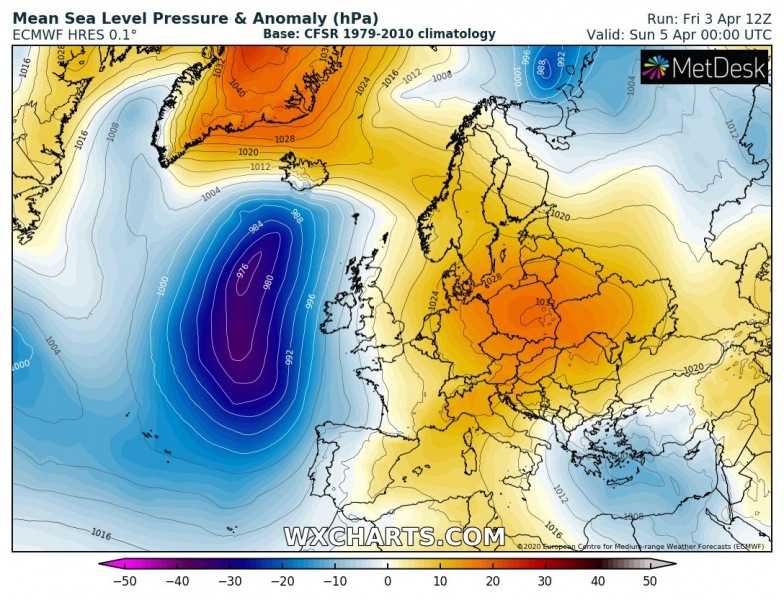 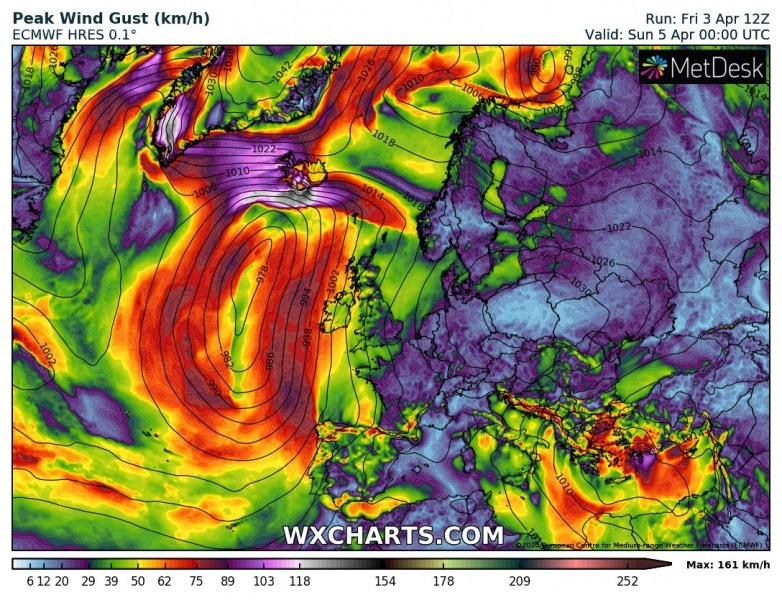 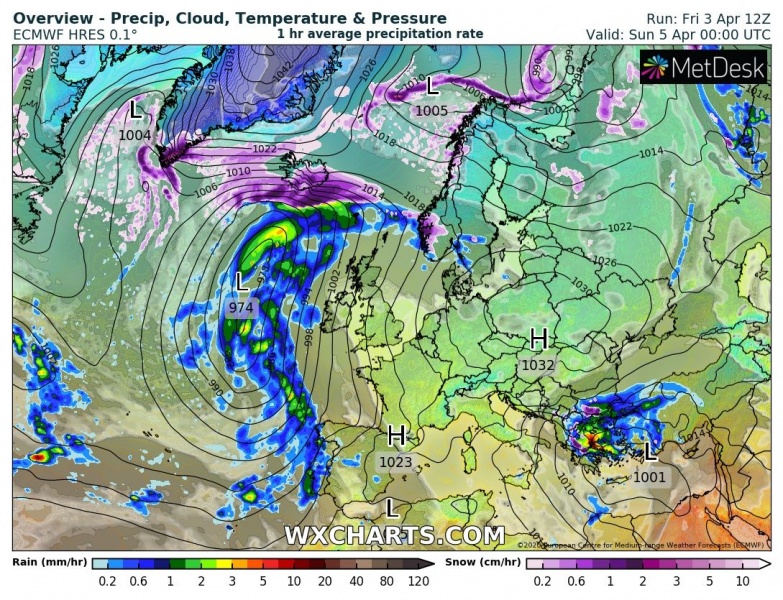 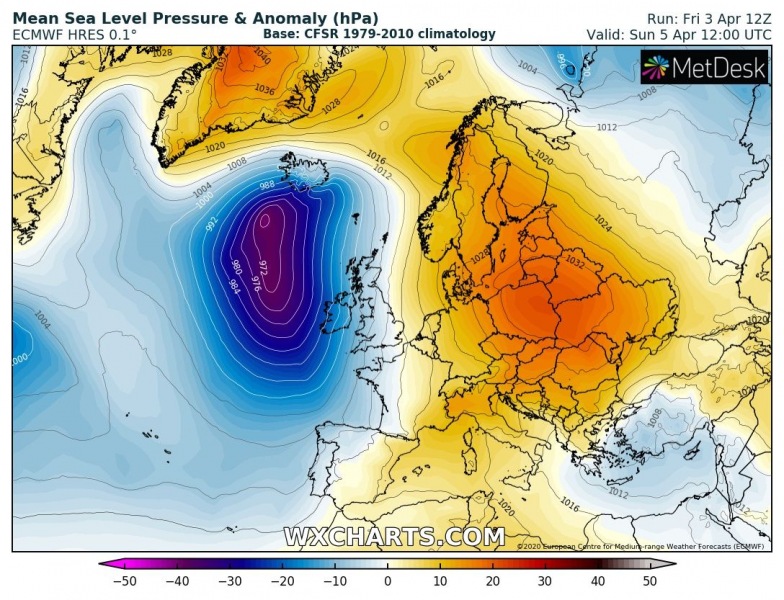 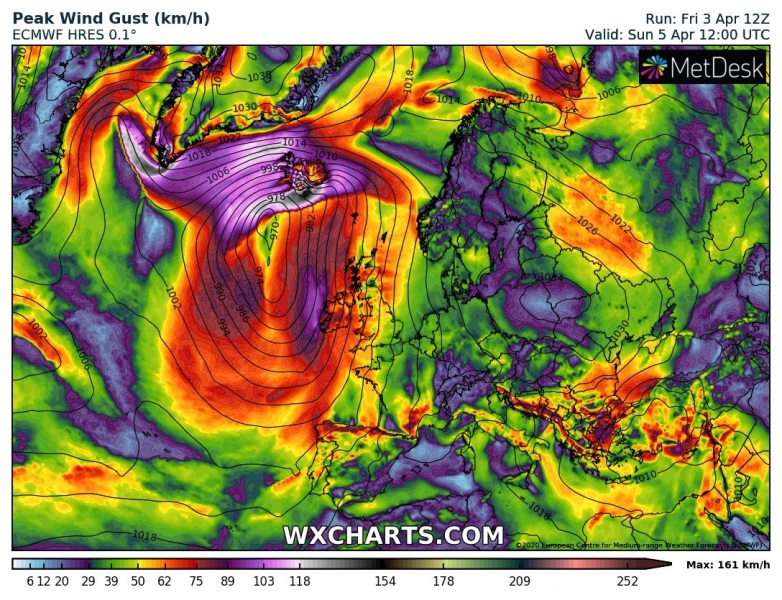 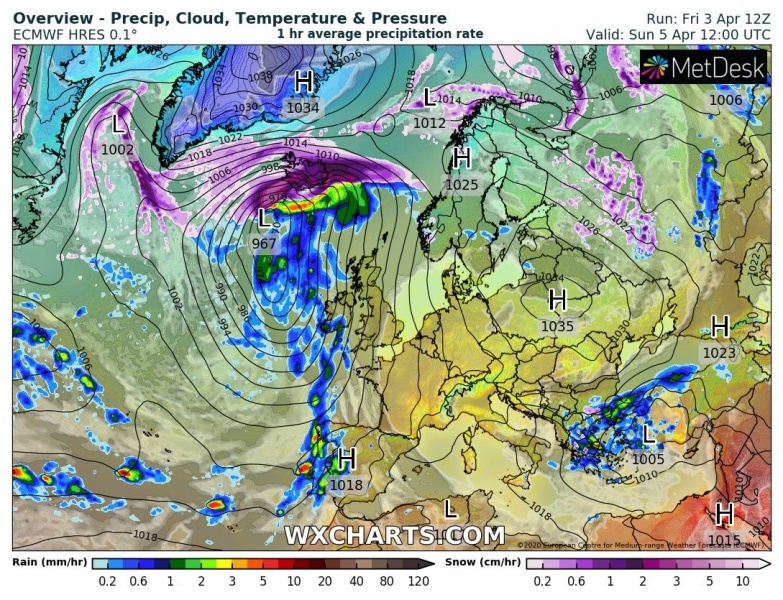 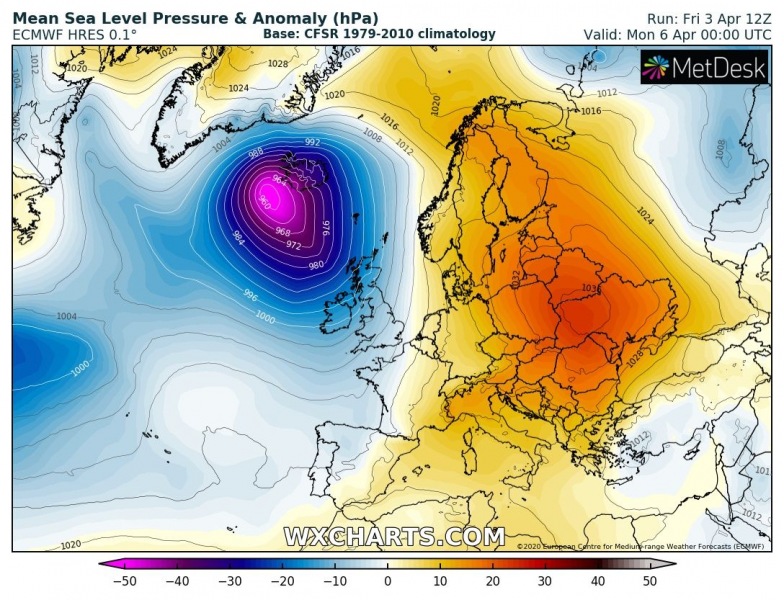 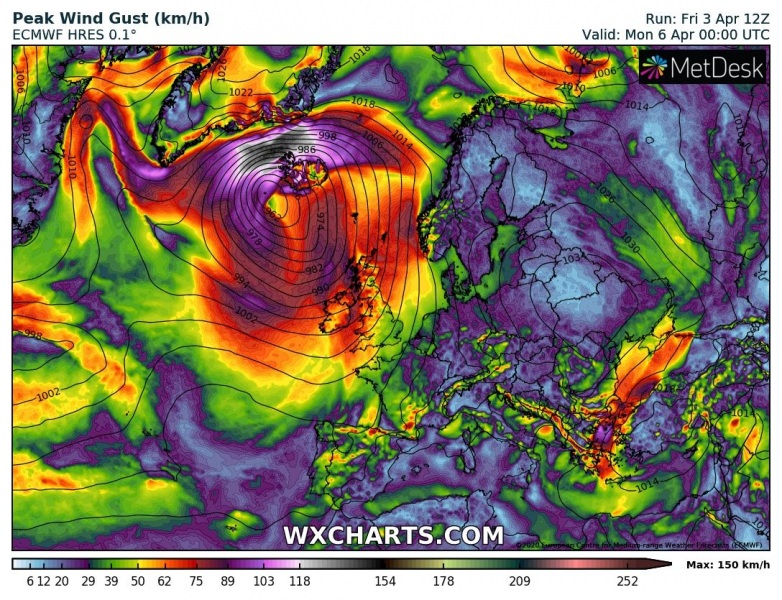 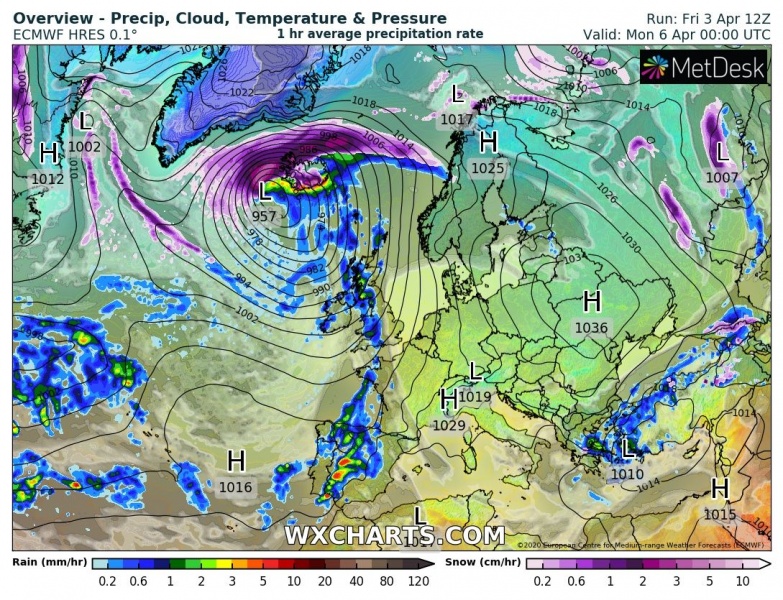 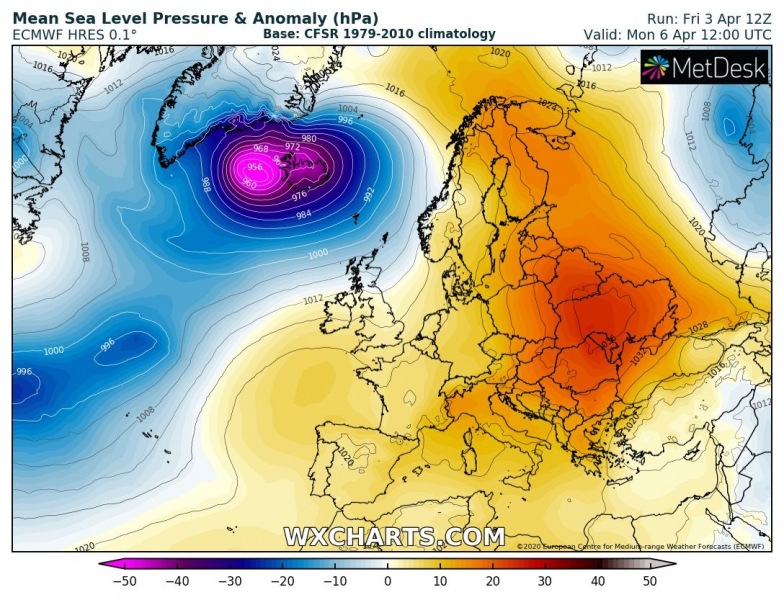 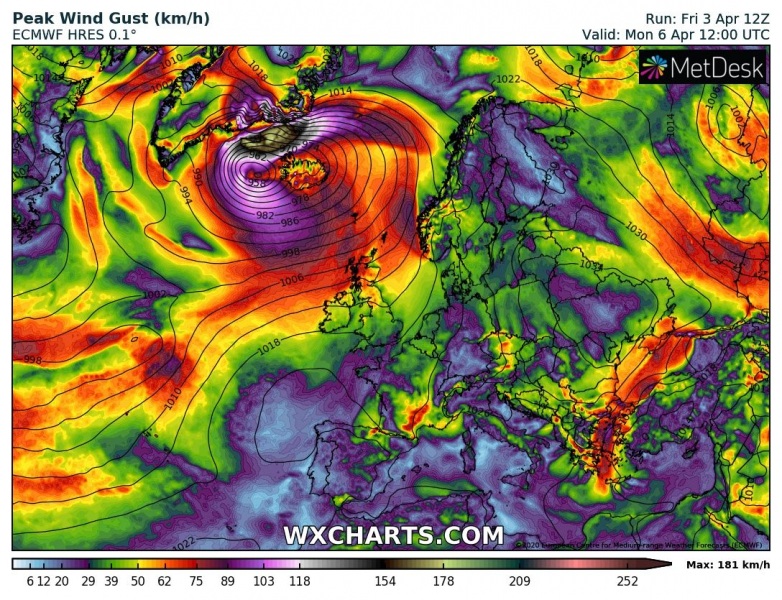 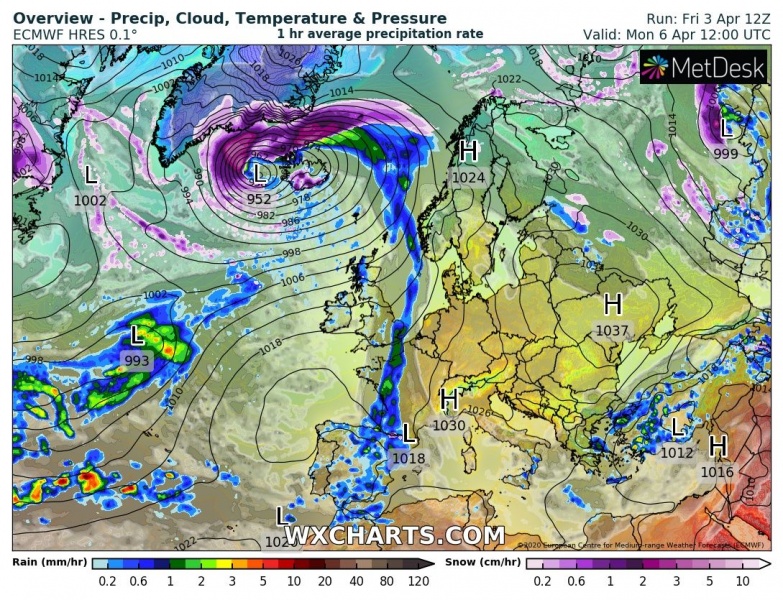 Hurricane-force wind gusts are expected to develop on the northern side of the moving deep low, across parts of southern Iceland and further north across the Denmark Strait. Very strong pressure gradient could locally result in dangerous gusts, potentially even more than 160 km/h in southern Iceland (downslope northeast winds from the glacier). 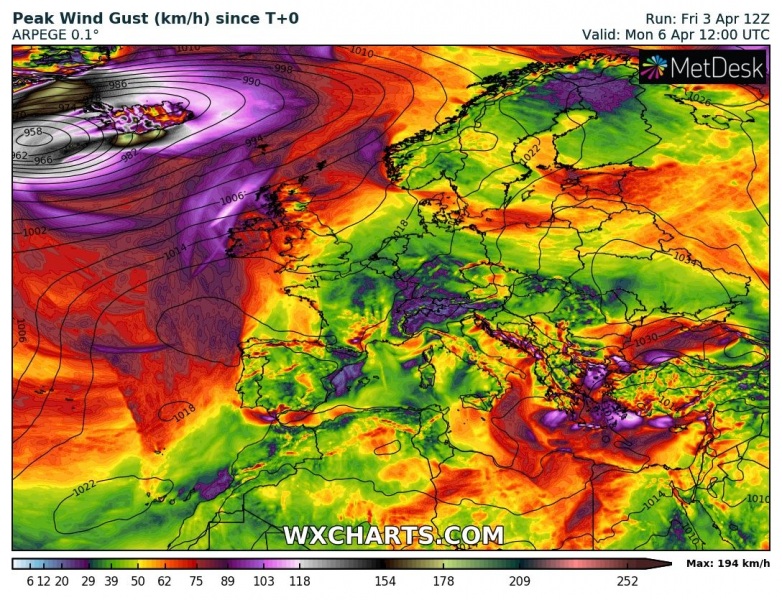 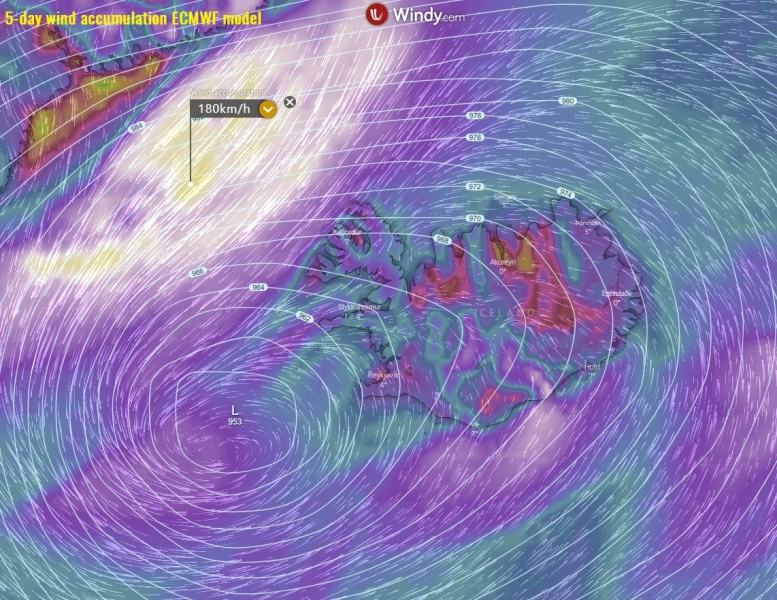 A lot of snow is likely across much of Iceland, even more than a meter of fresh snow in the southern parts (Vatna glacier). Some other parts could also see 30-60 cm of snow until it changes to rain on Sunday afternoon: 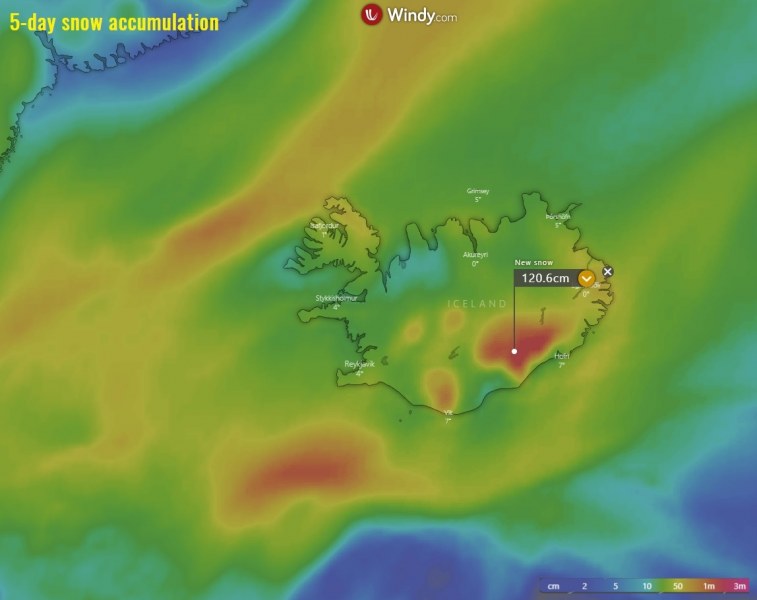 To the east of this low-pressure system, the upper-level ridge is strengthening over the European continent and strong warm advection spreads across west-central Europe:

This system was initially developing along the US East Coast a few days ago while being a part of a train of frontal systems: