There has been an extensive upper-level ridge dominating a large part of Europe and especially North Atlantic through the final days of March, but this is coming to the end through the second half of this week. Ridge weakens and will be replaced by deep trough with a powerful winter storm across Northern Europe. A huge amount of snow is expected across west-southwest Norway, with likely more than 100 cm of fresh snow until Saturday. Also very cold days again across Scandinavia, and severe winds along the coast and across the mountains.

The pattern over Europe and North Atlantic begins changing through early April as the powerful upper ridge collapses and a deep upper-level trough pushes into northern Europe. It becomes very deep over Scandinavia on Friday: 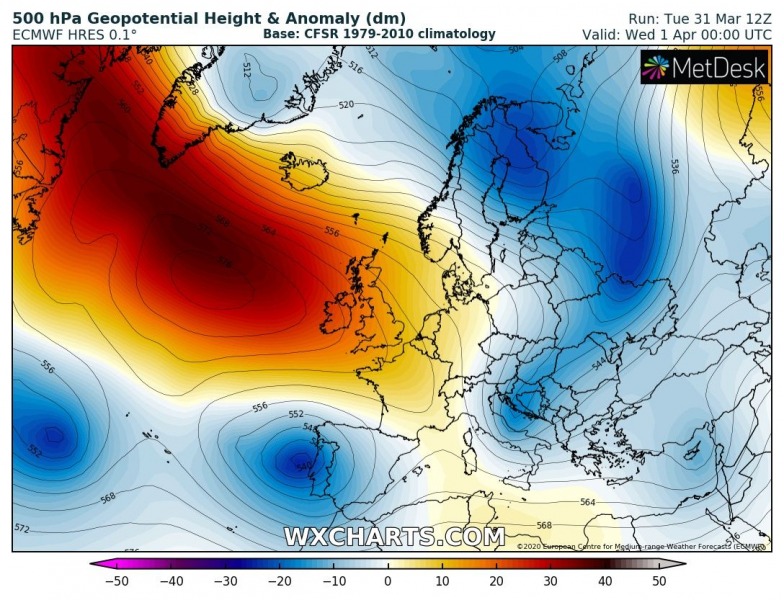 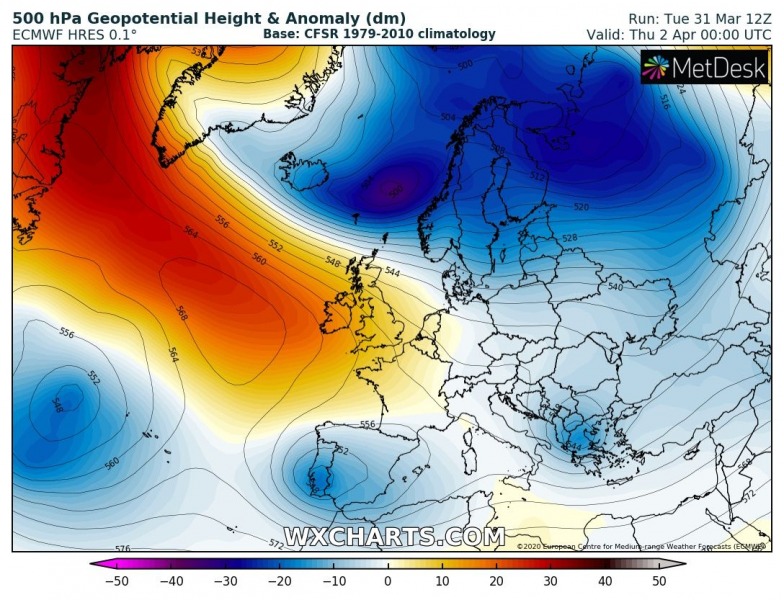 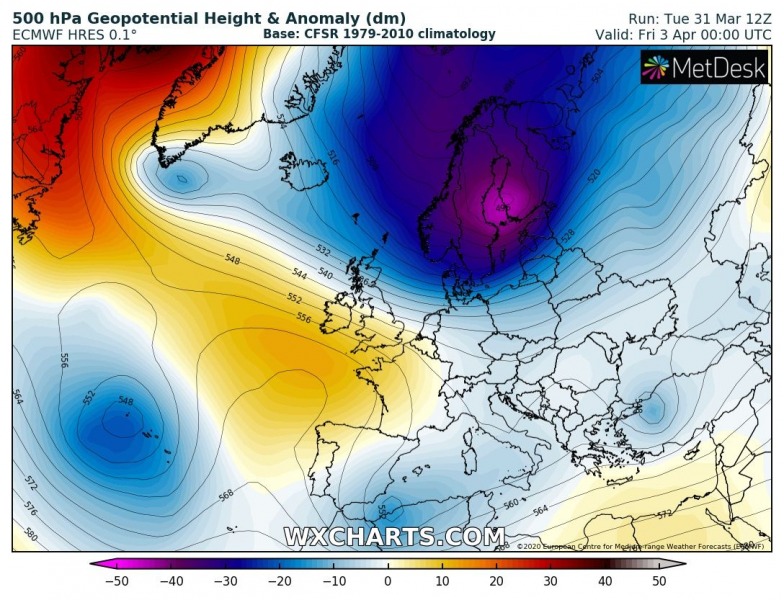 Once the deep trough and an associated deep surface low move into Scandinavia, an Arctic air mass outbreak develops in its wake, spreading across the Greenland Sea towards the south. Reaching Iceland on Friday and also expand towards Scandinavia: 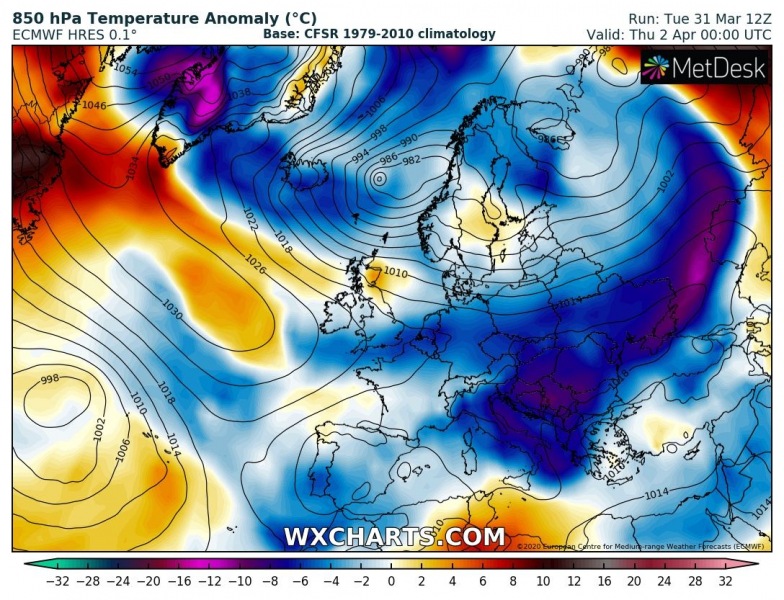 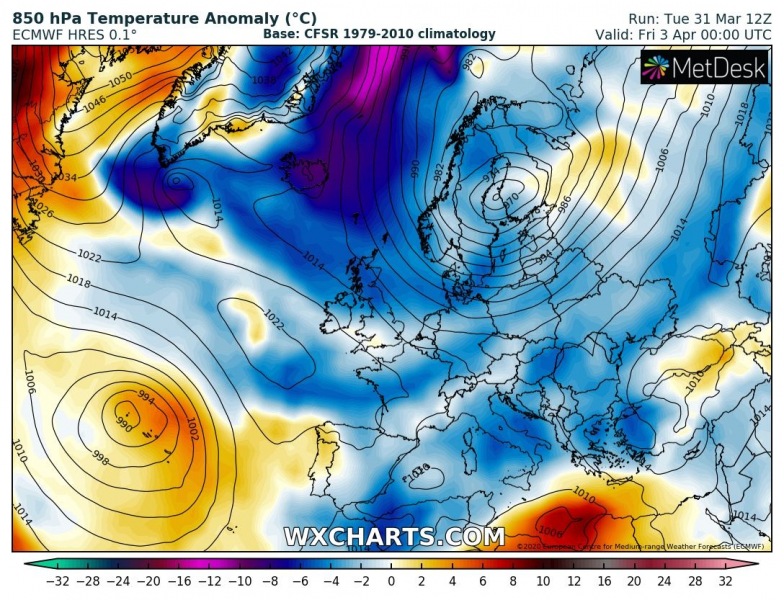 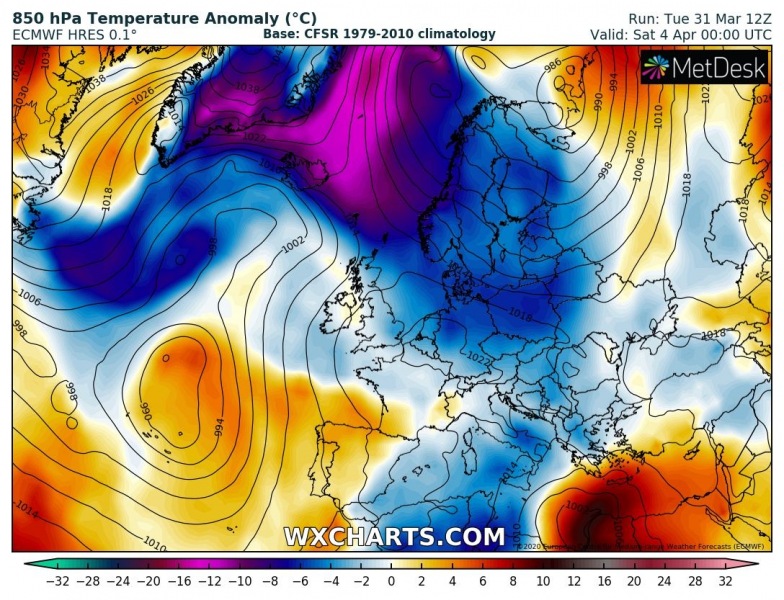 Strong moist and very cold air mass advection from the northeast Atlantic (Norwegian Sea) will introduce a persistent strong orographic precipitation into the mountain chain across western Norway. Potentially bring 150-200 mm of rainfall in some areas, but mostly result in an extreme amount of snow across the higher terrain of southwest Norway. Models are in good agreement that more than a meter (100 cm) of new snow seems likely until Friday! 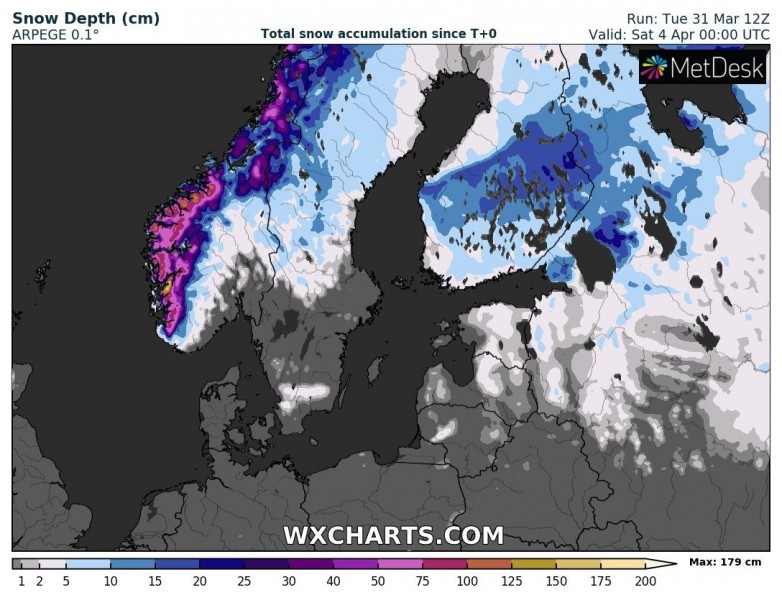 Widespread severe wind gusts will push into Norway, likely reaching 110-130 km/h in some areas, even higher in the mountains. Tightening pressure gradient on the system’s southern and western edge should also introduce severe winds across the Faroe Islands, the northern UK and North Sea (Denmark): 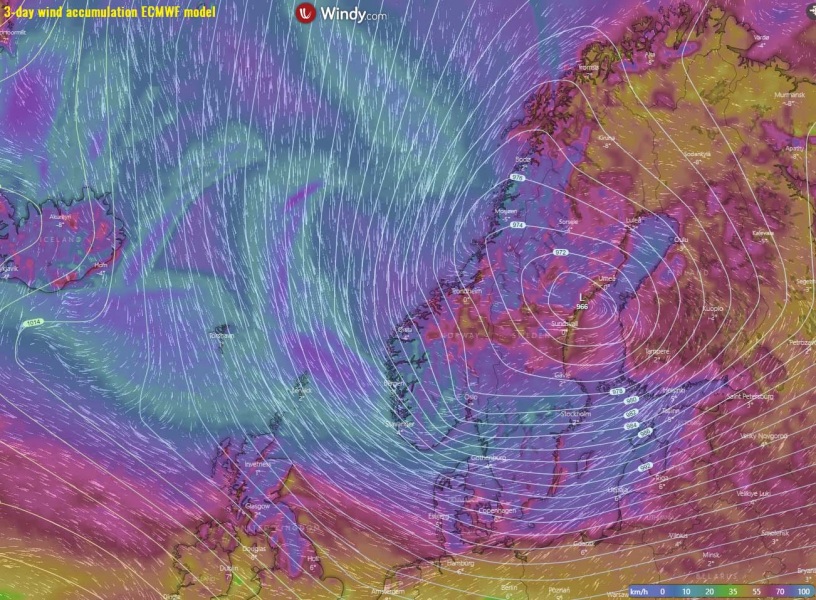 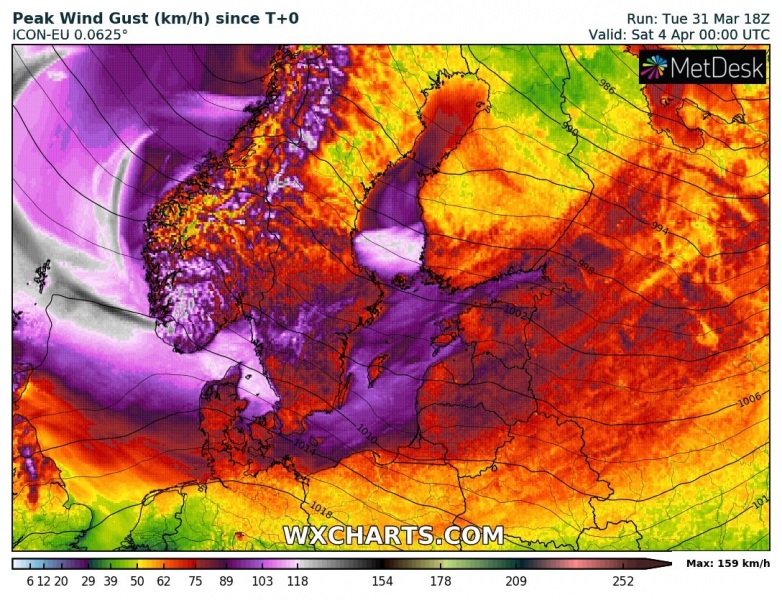