Another deep cyclone will develop over western Europe, delivering dangerous windstorm across parts of the UK and Ireland, Dec 12-13th

Very dynamic pattern across the Atlantic continues in the coming days. A very large trough will develop another deep wave towards the European continent on Thursday, resulting in a strong cyclone across the British Isles, Ireland and France. Severe windstorm will locally bring gusts up to 150 km/h!

A very large and deep upper-level long-wave trough develops another deep core short-wave, being pushes into western Europe. While the trough is moving east, an associated surface cyclone deepens and strengthens over the UK and Ireland. 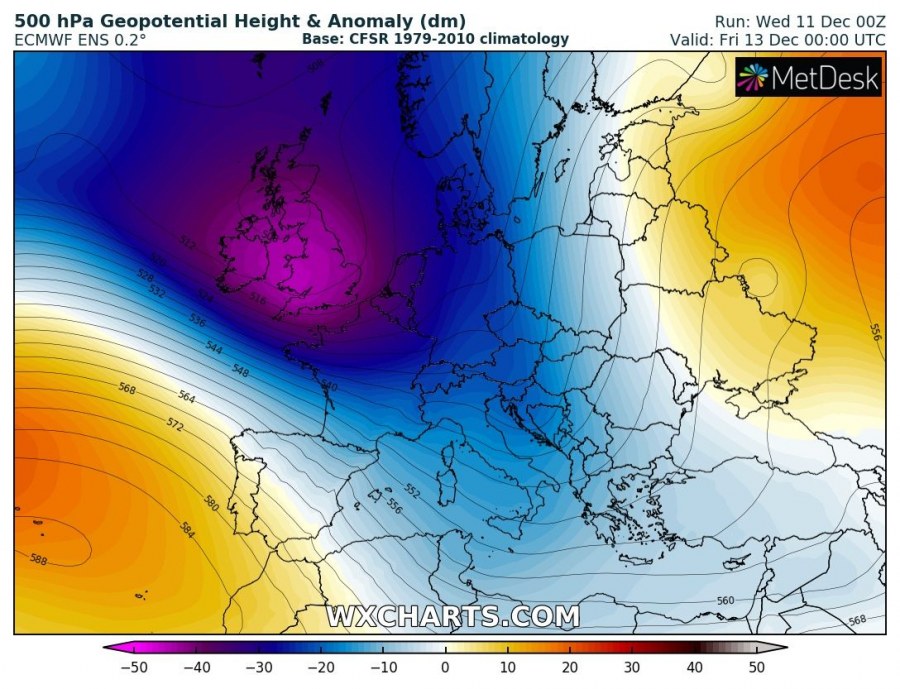 A large cyclone pushes into western Europe my the evening hours tomorrow, Thursday, Dec 11th, and deepening while slowly drifting east across the UK onto the North Sea overnight to Friday. The central pressure should drop below 970 mbar. An extensive wind field will be associated with the broad cyclone, bringing severe to locally extremely severe winds. 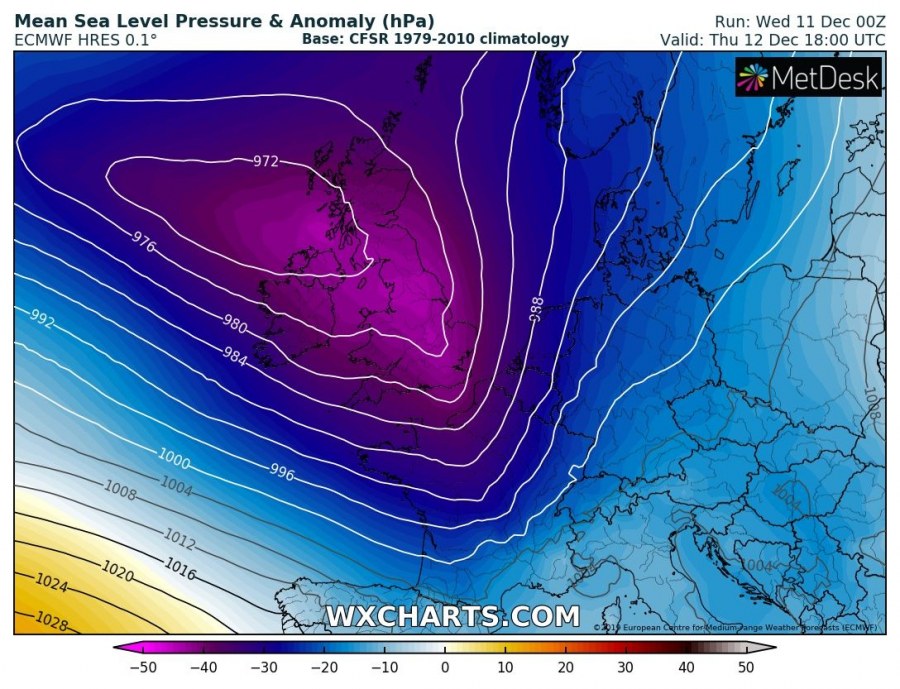 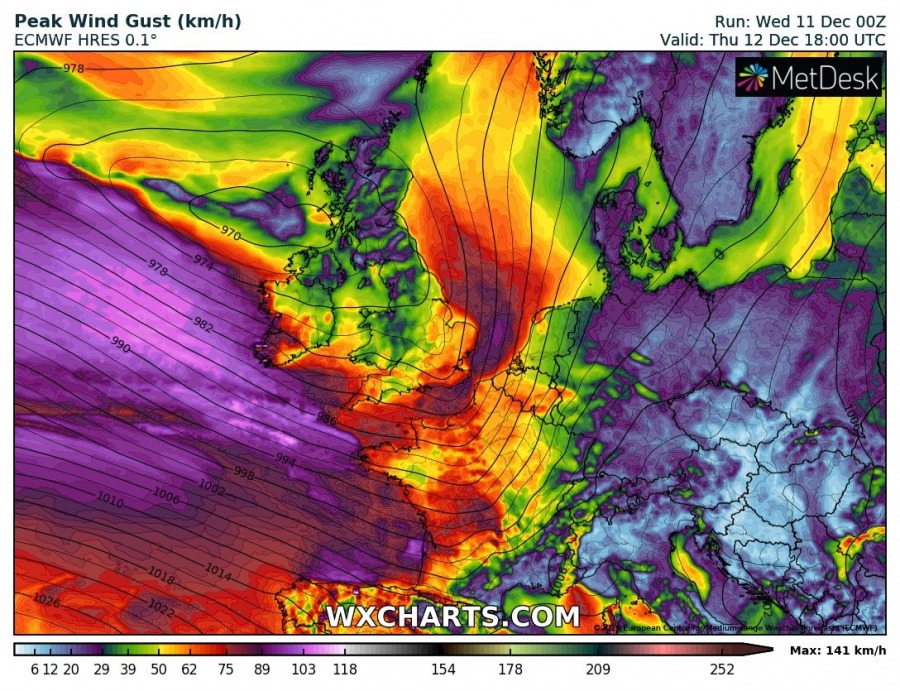 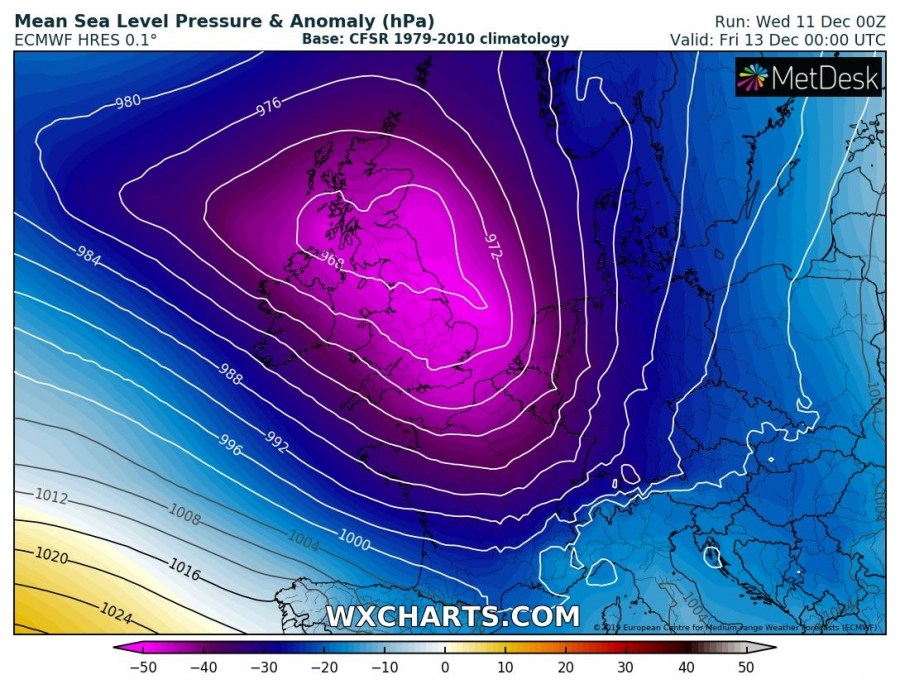 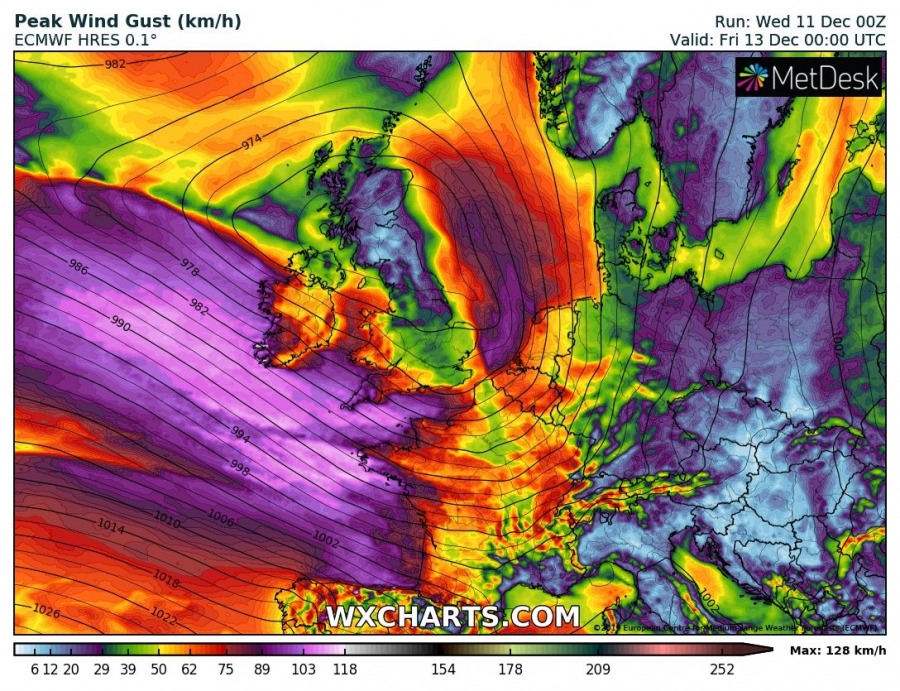 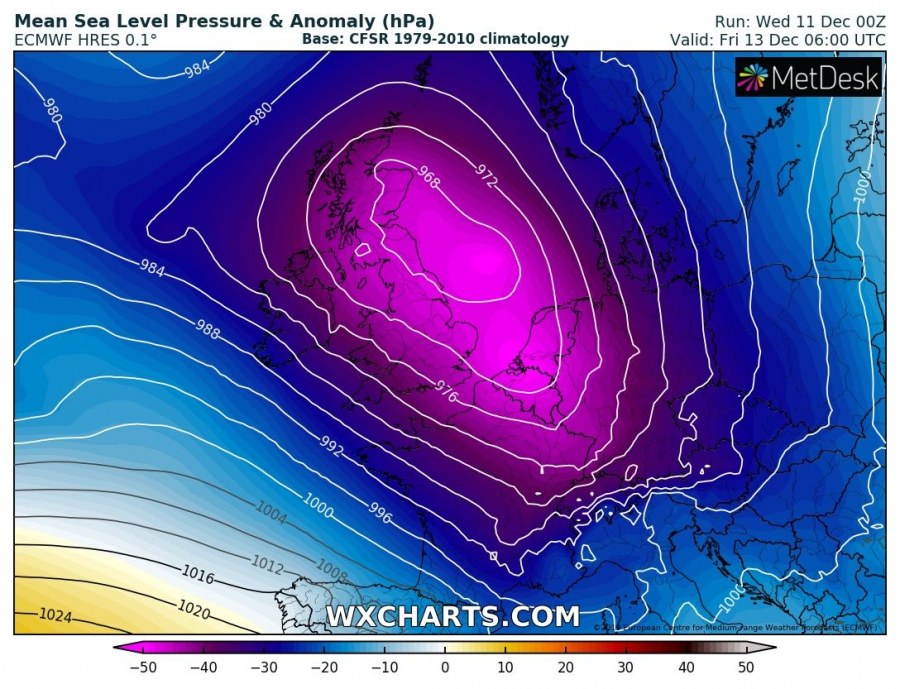 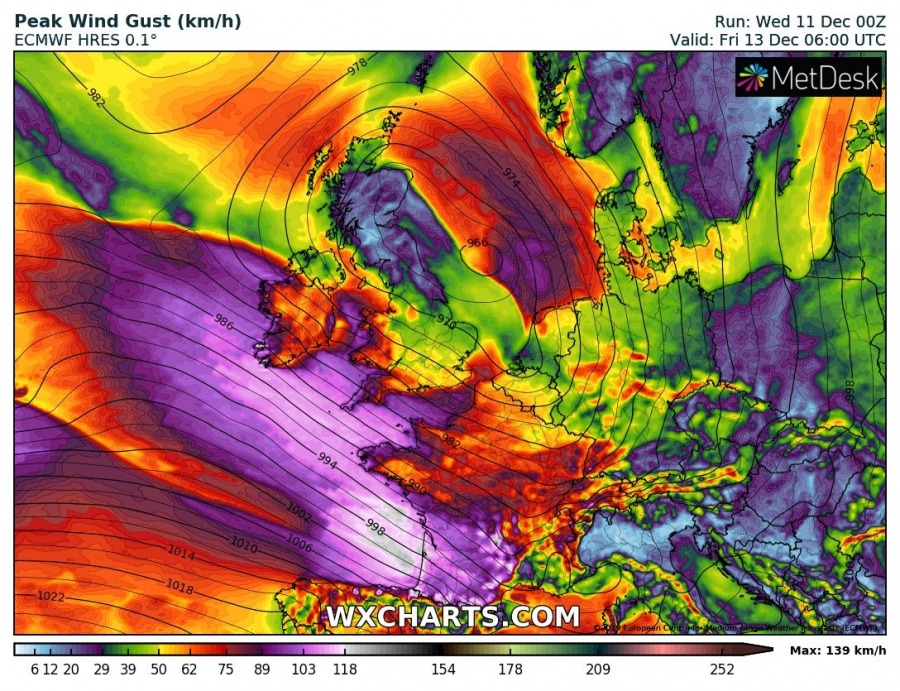 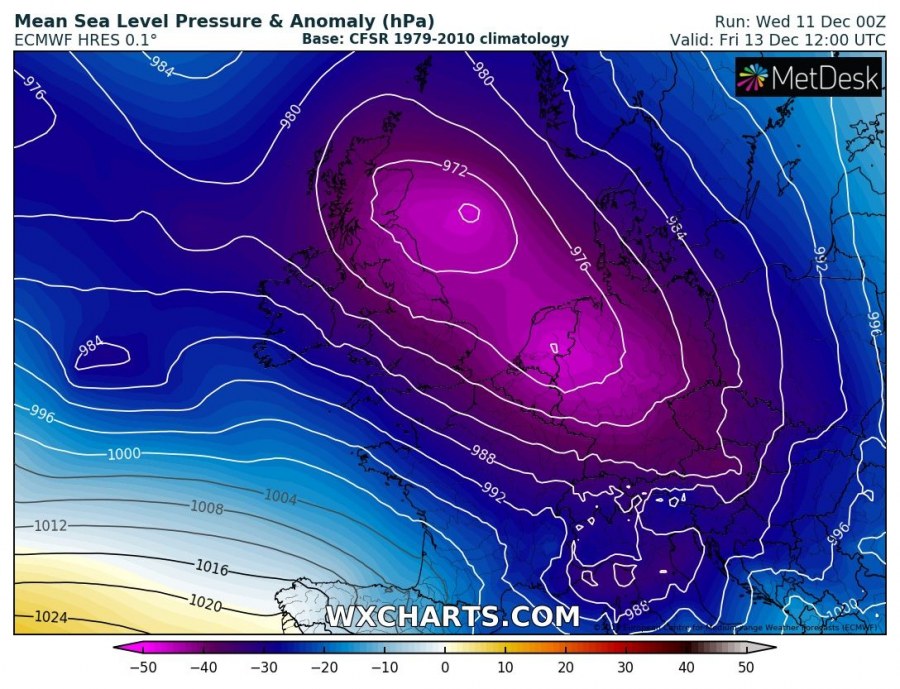 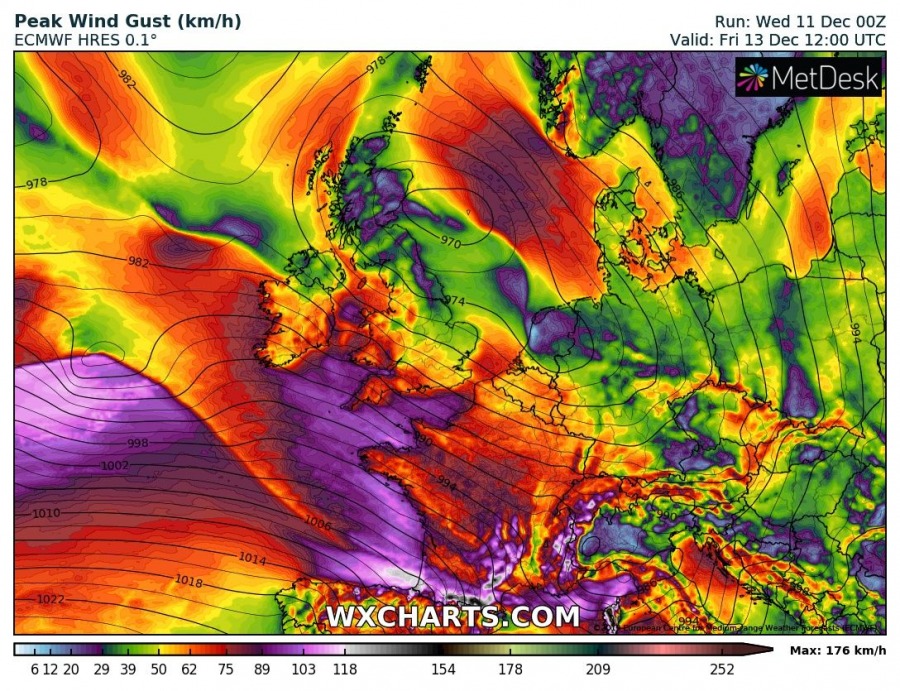 The highest winds are expected across southern Ireland, Wales, SW England and WNW France. Peak gusts are likely to reach 120-140 km/h (70-85 mph) in some areas. 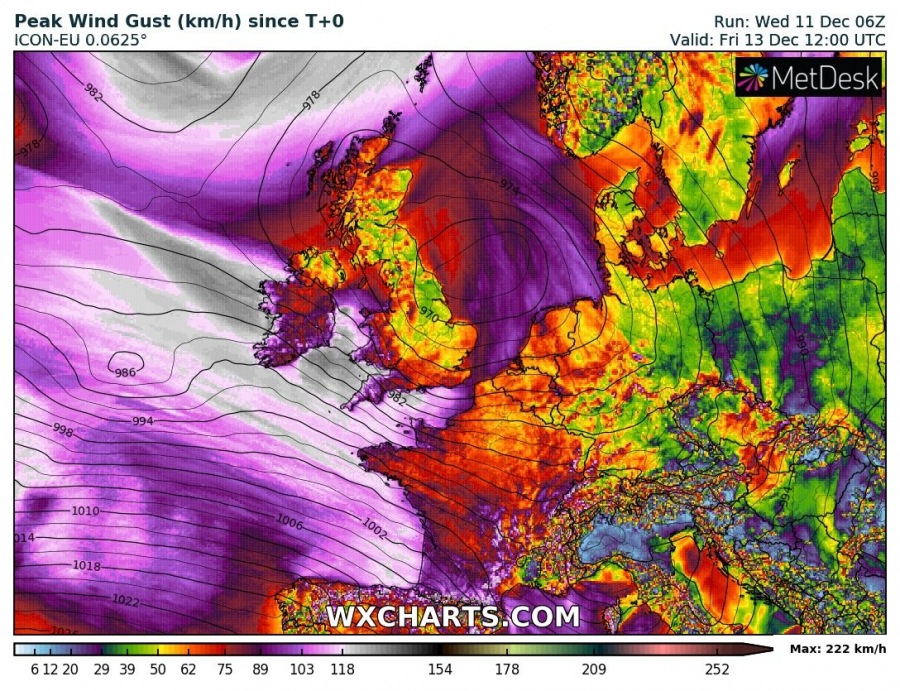 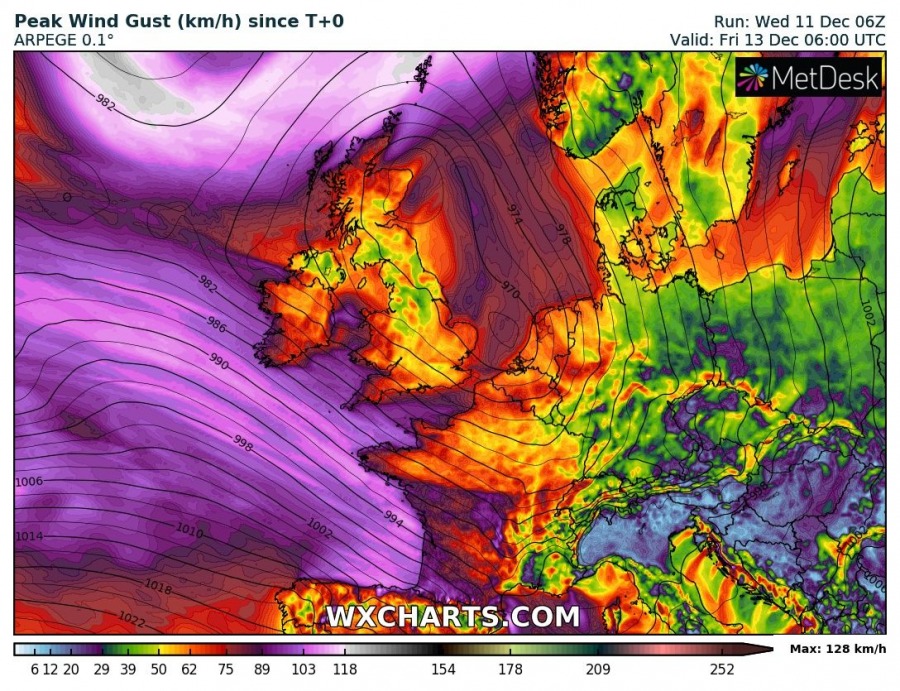 Detailed zoom-map of peak wind gusts across Ireland, Wales and England – high-resolution ICON-WEu model is hinting a broad area of severe to extremely severe winds. The highest gusts are most likely over the seas and parts also affecting coastal areas of west and south Ireland, Wales and SW England (Cornwall). 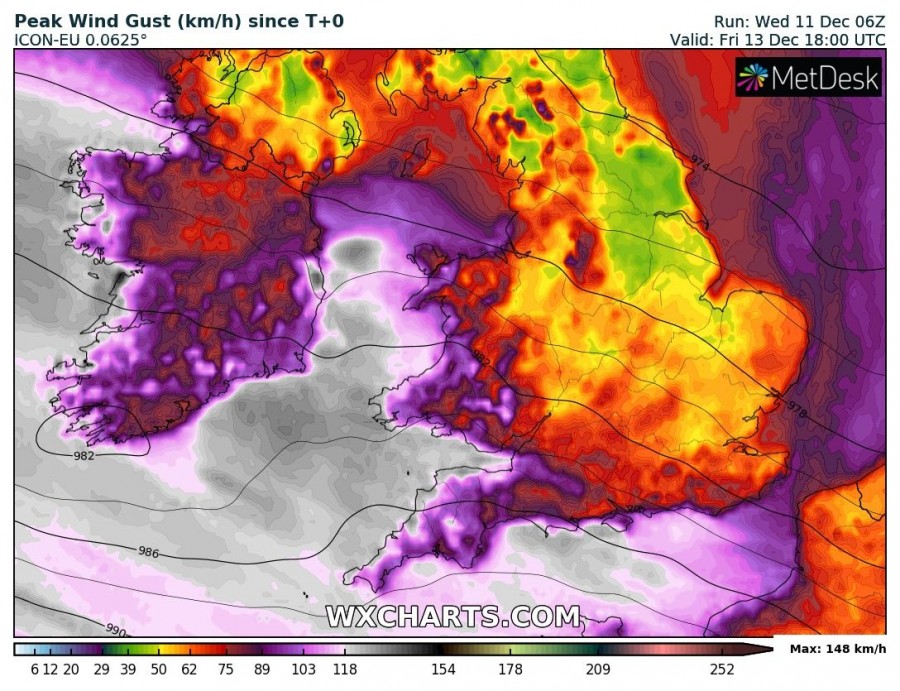 Additionally, significant wave heights are also expected as broad wind field is associated with a large cyclone, developing over the north Atlantic being pushed towards Ireland and across the Bay of Biscay towards western France and northern Spain. The highest waves could exceed 10 meters. 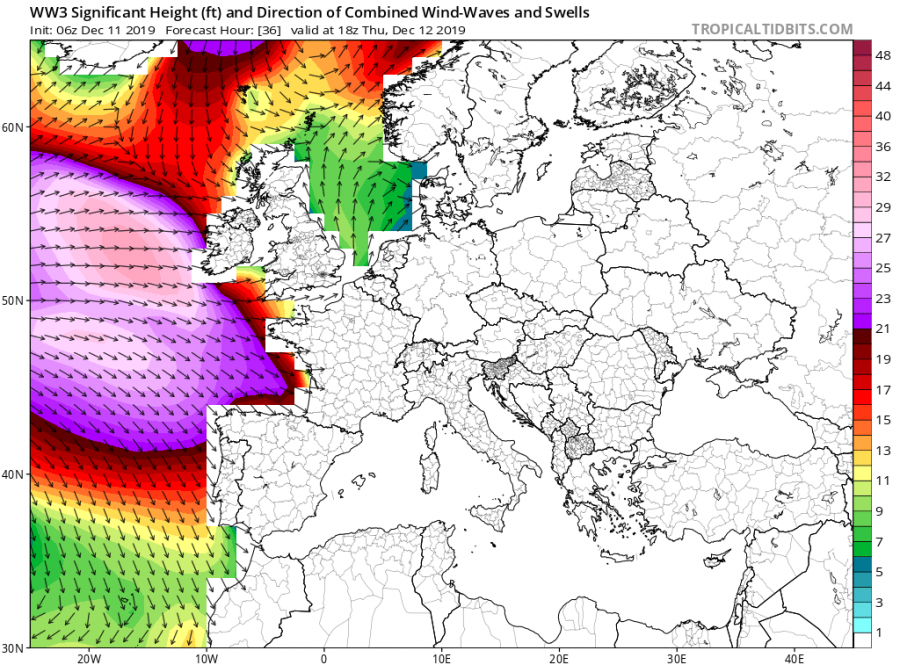 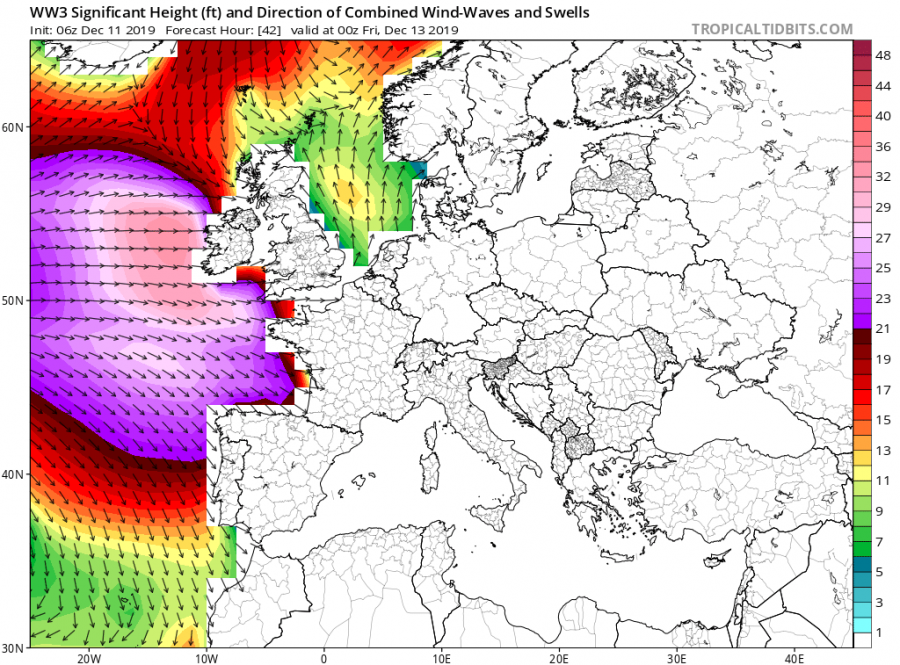 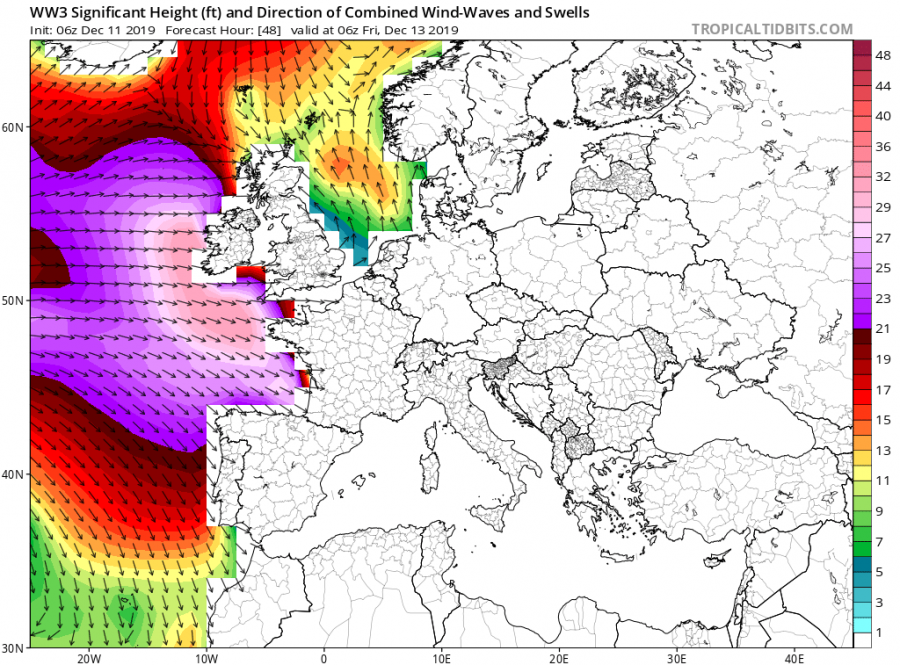 Stay tuned for additional updates when the system unfolds tomorrow. 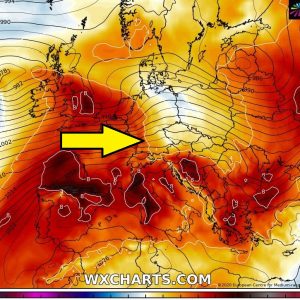 Outlook through the final days of January 2020 – mild, mild and once again mild weather expected for most of Europe 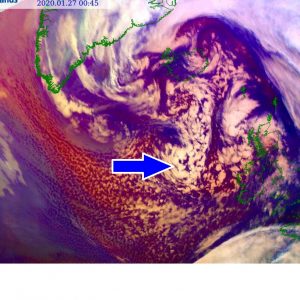 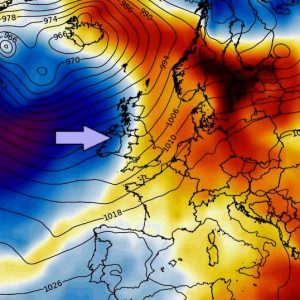 «Next Post *Monthly outlook* The stratospheric polar vortex will survive all attacks and is coming at us with a vengeance! Late December and January are expected to be milder, with only brief cold episodes!
An intense deep cyclone travels across north-central Mediterranean and brings excessive rainfall and blizzards locally, Dec 13th Previous Post»