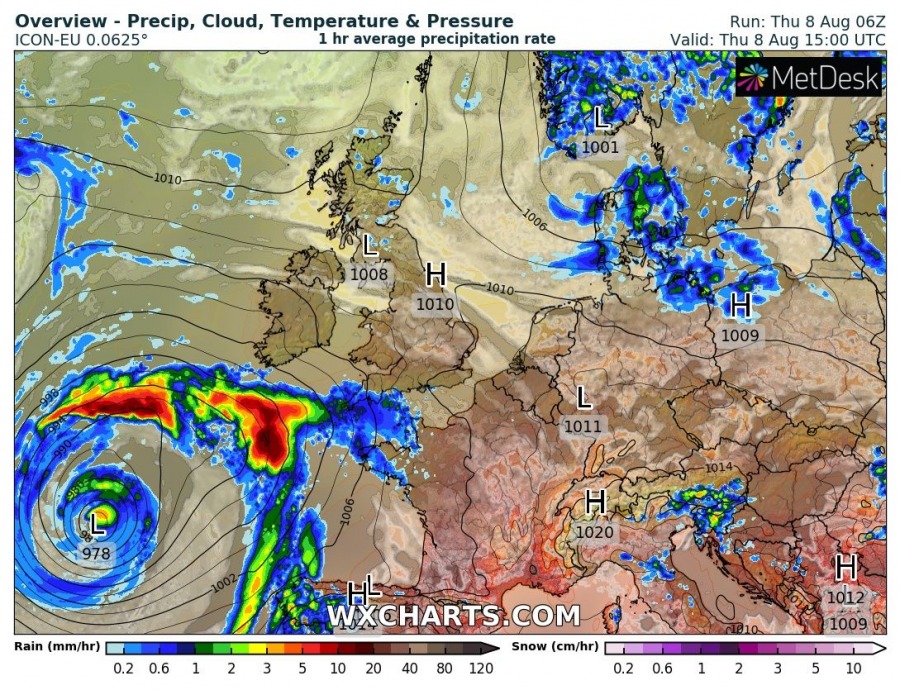 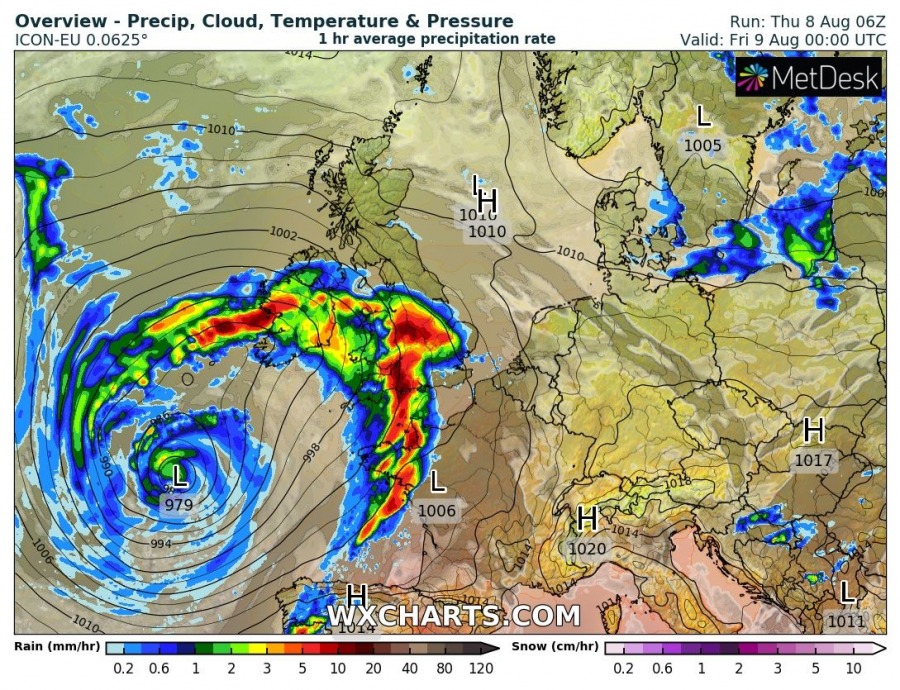 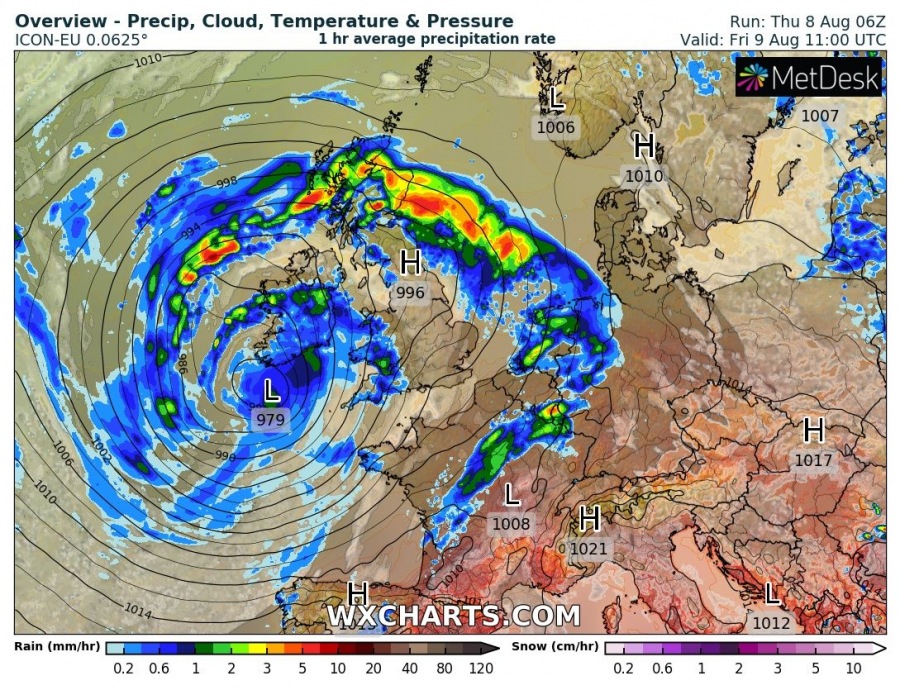 As of writing the low is displaying well-developed structure as it tracks northeast. Expect the low to produce extremely severe winds, gusting up to ~140 km/h in swaths over the open sea, with some possibility of severe winds in the coastal area of southwest England, Wales and Ireland as well as parts of the coast of the Bay of Biscay. 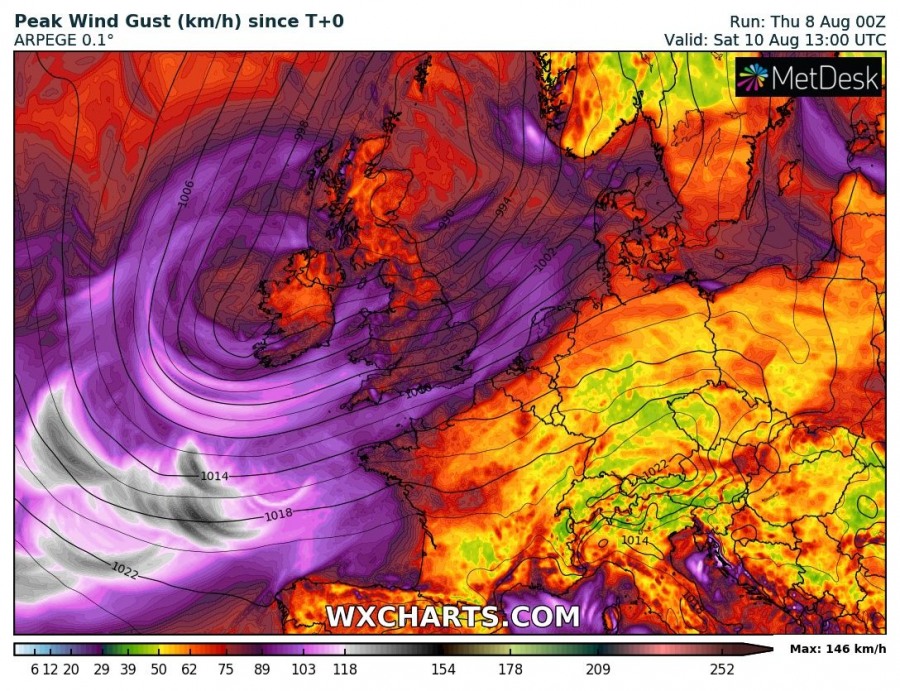 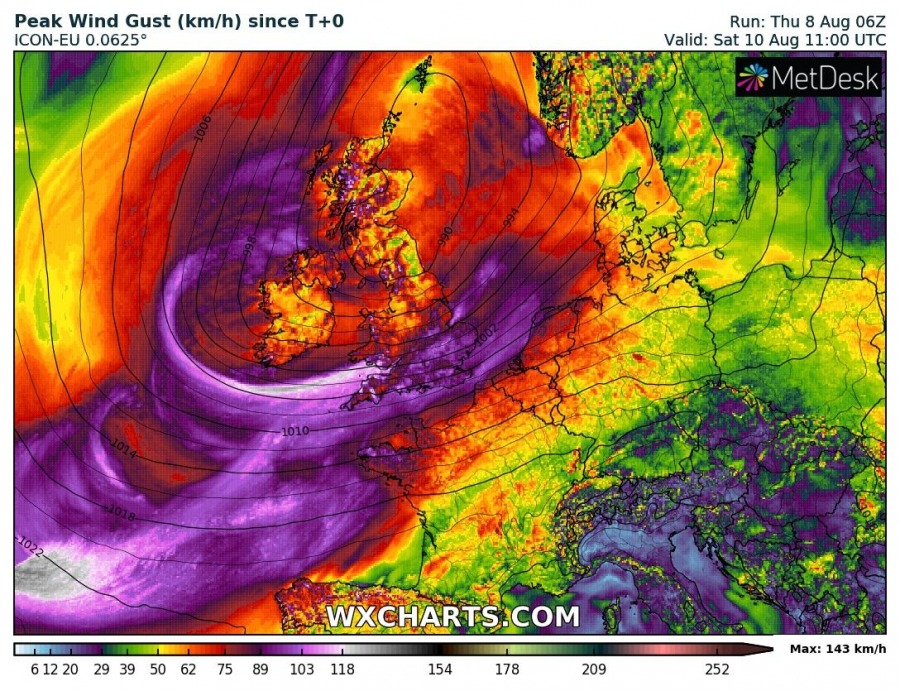 Expect the frontal system to push across the British Isles this evening and tomorrow morning. Up to several hundreds J/kg MLCAPE will be present, so expect also thunderstorms along the front. While instability will be rather modest, the environment will be strongly sheared with 30-40 kt S-SW mid-level (500 mbar) flow and rather strong backing easterly surface winds (10-20 kt) for up to 40-50 kt deep-layer shear. Strong low-level shear and helicity will enhance tornado threat. 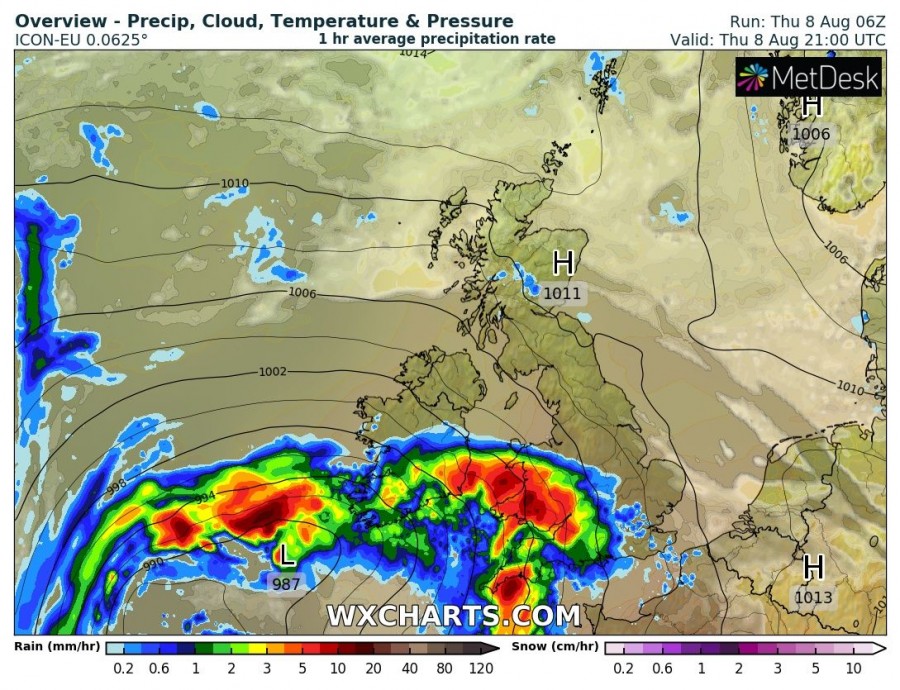 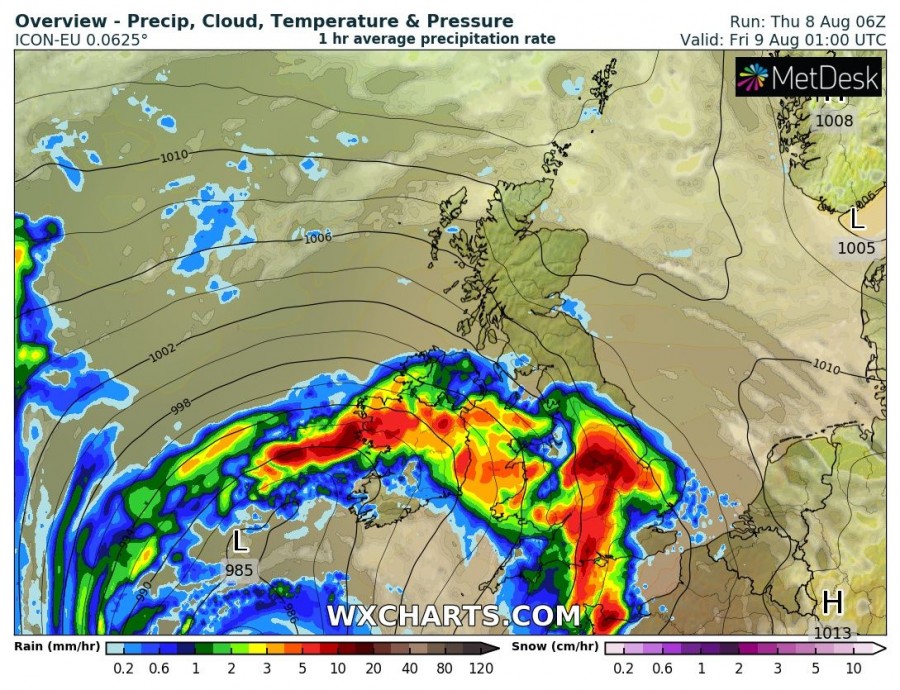 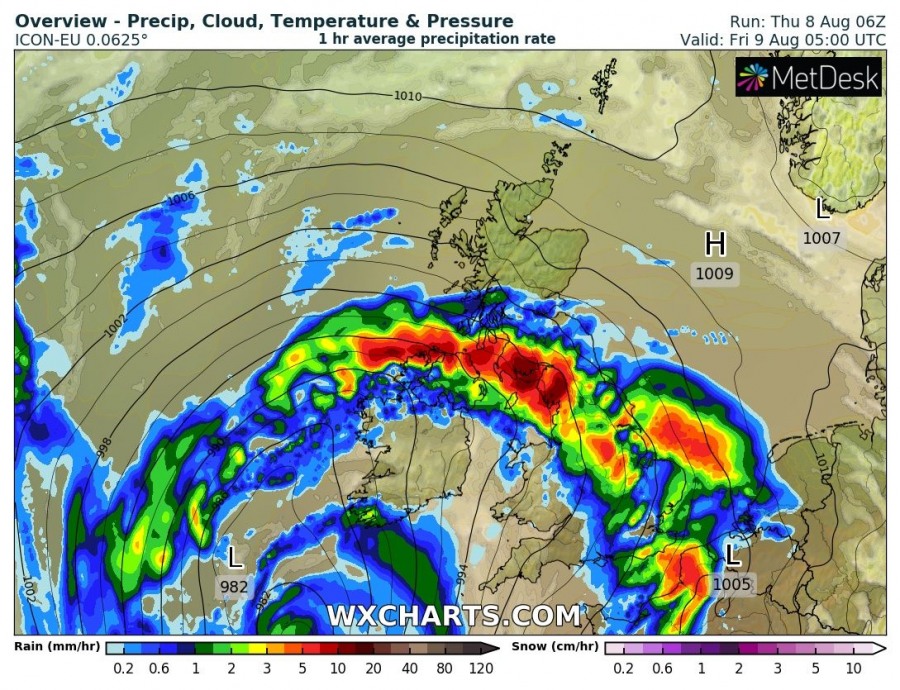 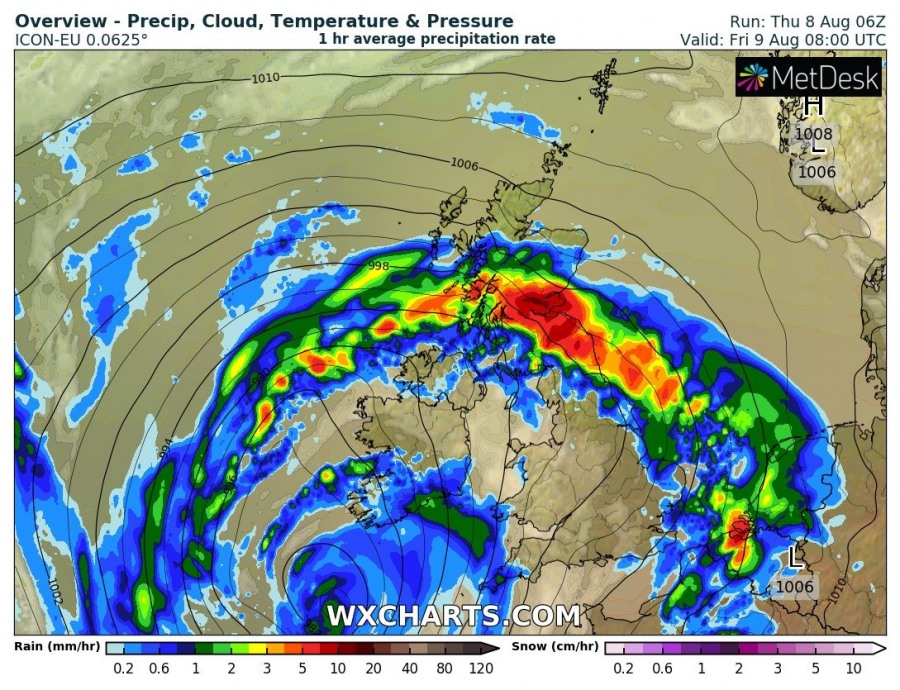 Expect locally up to 100-200 mm of combined convective and orographic rainfall along the western coast of England and Wales as well as in western and eastern parts of Ireland until midday on Sunday. Local flooding is expected in areas with peak rainfall. 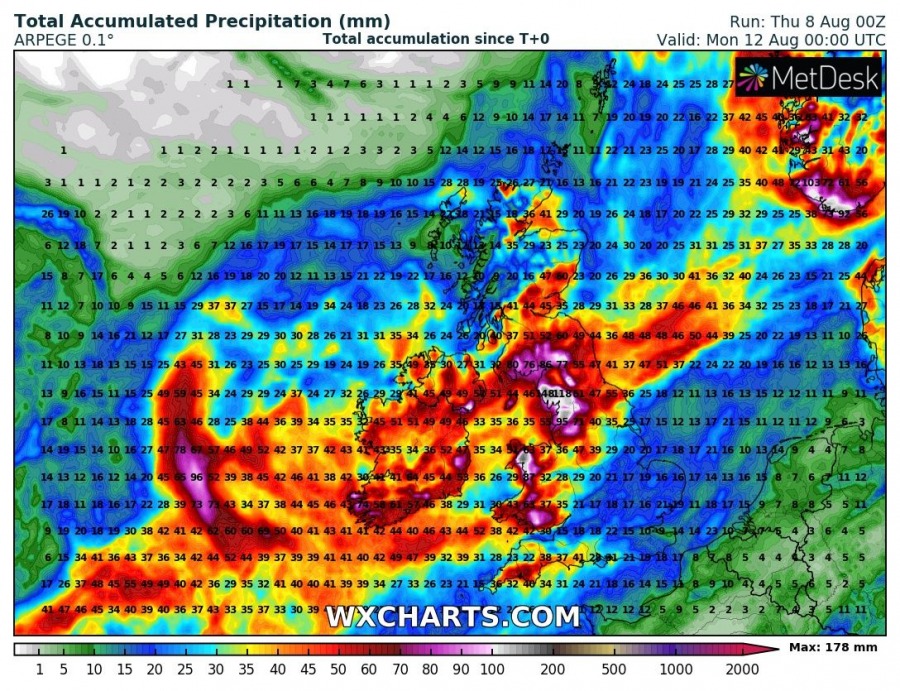 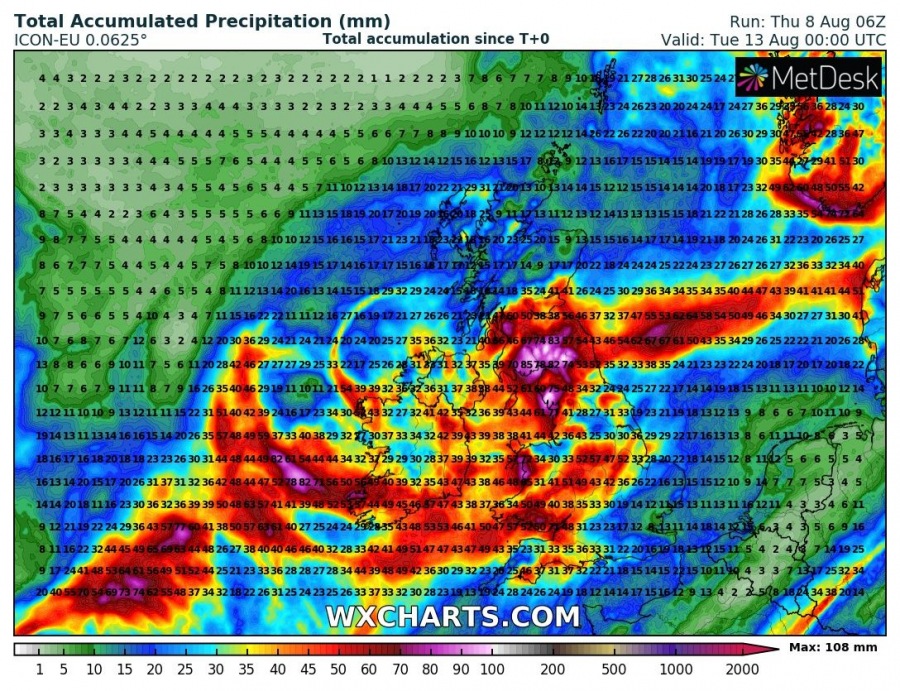