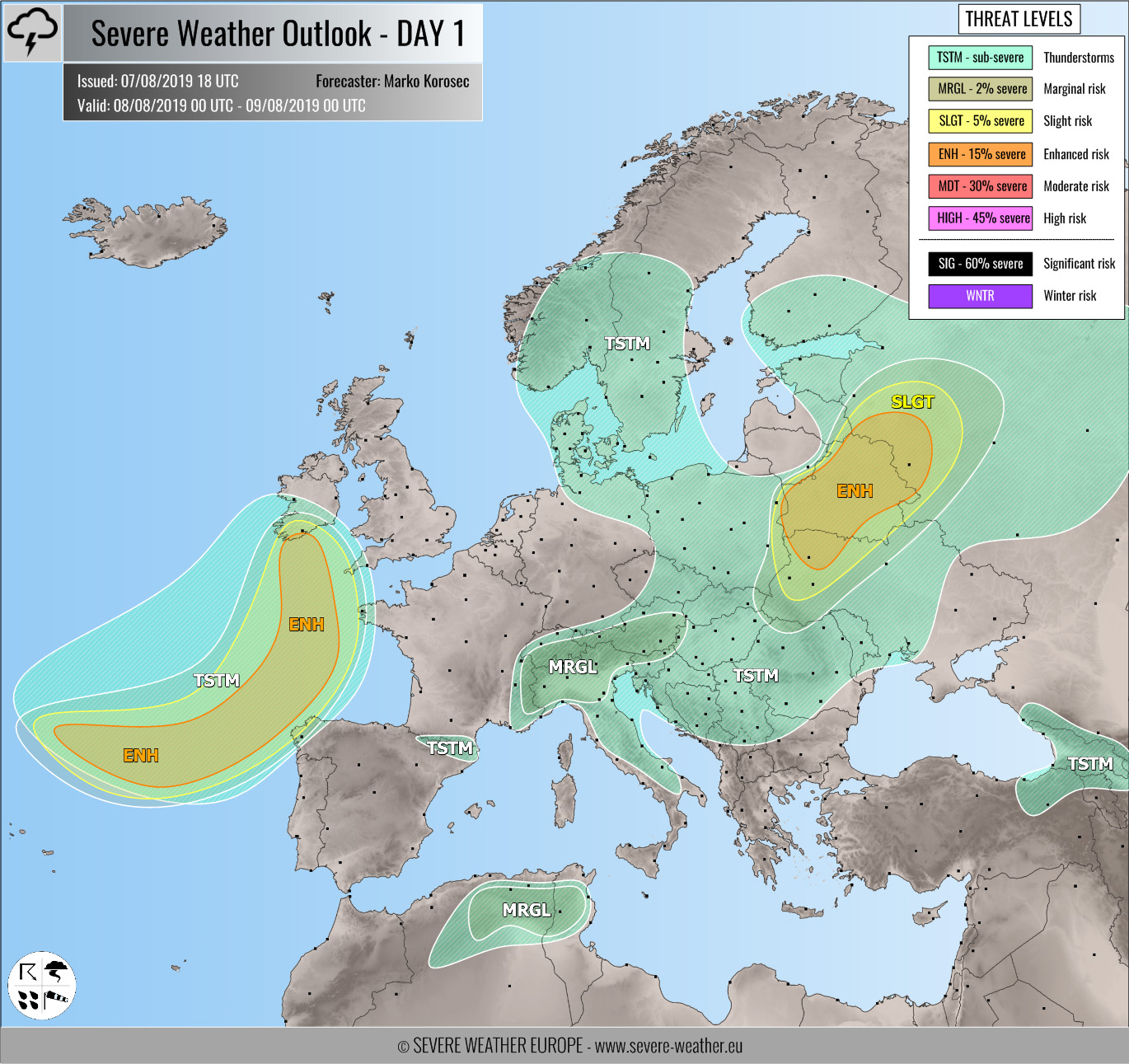 Upper ridging persists across the southern half of Europe while troughs dominate the rest of Europe. A very deep upper trough / low with an intense surface cyclone moves across the Bay of Biscay towards W Europe, developing a severe windstorm over the open sea. An associated cold front pushes towards N France, SW UK and Ireland. Another pronounced short-wave cross the Baltic region and Belarus.

ENH / SLGT risks have been issued for Belarus, NW Ukraine into W Russia with threat for severe storms, capable of producing severe winds, large hail and torrential rainfall. Scattered organized storms including supercells are likely through the afternoon and evening hours within moderate unstable and sheared environment. Storms will cluster into a bigger system towards the evening under favorable ascent associated with the short-wave.

ENH / SLGT risks have been issued for the Bay of Biscay, extreme NW Iberia towards SW England and S Ireland with threat for severe storms, capable of producing severe winds, marginal hail, torrential rainfall and tornadoes. A well-defined frontal system associated with the deep low / cyclone will push towards western Europe within strongly sheared / helical environment, but only weakly to moderately unstable airmass. Isolated severe storms with damaging winds and tornadoes are possible. Cyclone will also produce severe winds due to a strong pressure gradient across the Bay of Biscay.