A cutoff low will be moving over the central Mediterranean in the next 72 hours. It is expected to bring large amounts of rainfall to the region, local floods are likely. We take a closer look. 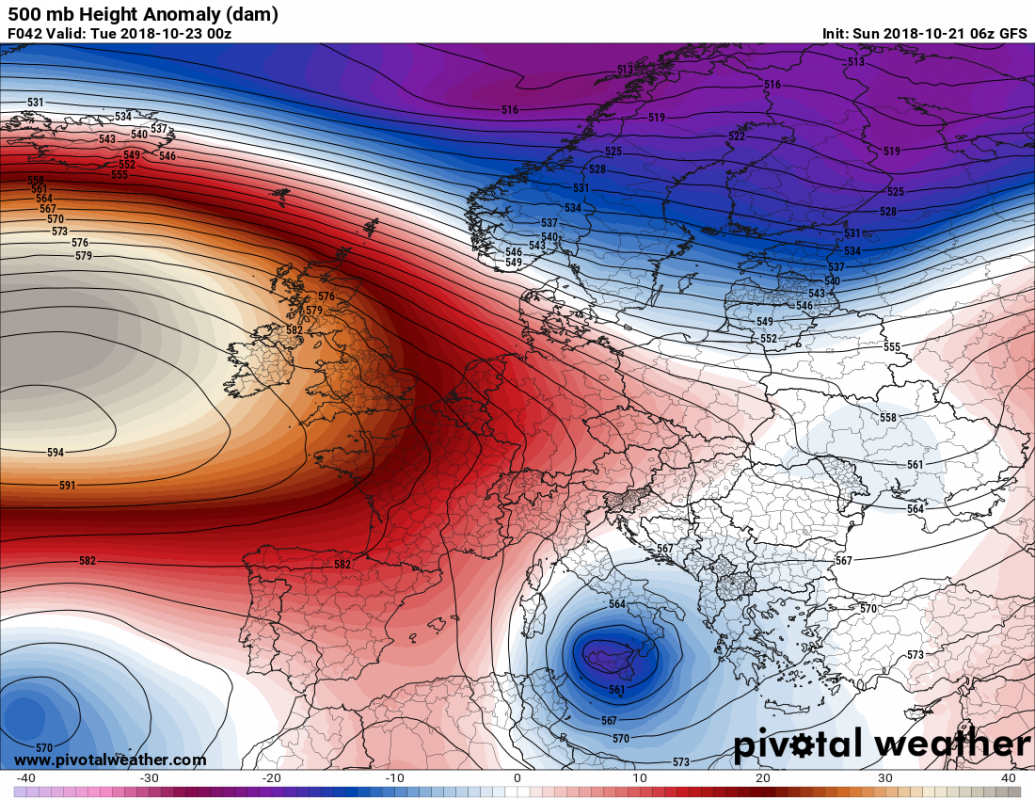 Motion of the cutoff low across Italy on Monday. Map: Pivotalweather.com.

The cutoff low will slowly move south across Italy and the Tyrrhenian sea, over Sicily and then southeastward across the central and southern Mediterranean towards northeastern Libya. A comparatively strong surface low will develop over the Tyrrhenian sea early on Monday. In response, strong Scirocco southerlies and southeasterlies will develop over the Ionian and southern Adriatic sea, pushing warm, moist air into the coastal area of southern and southeastern Italy. 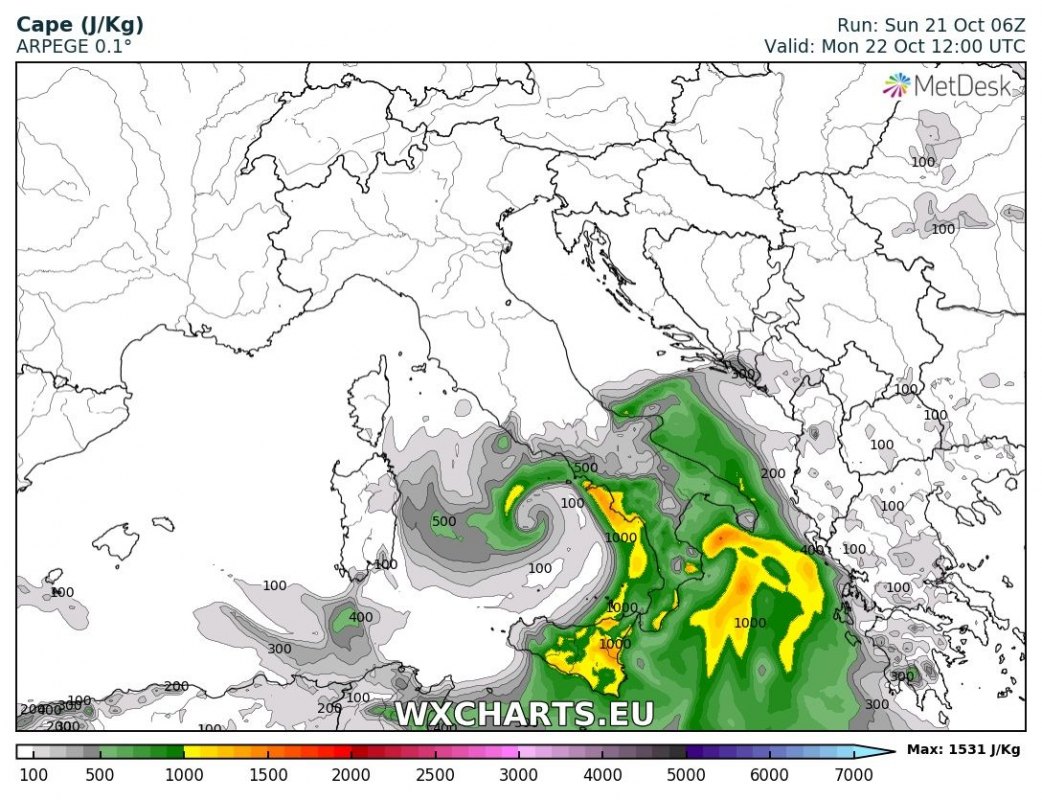 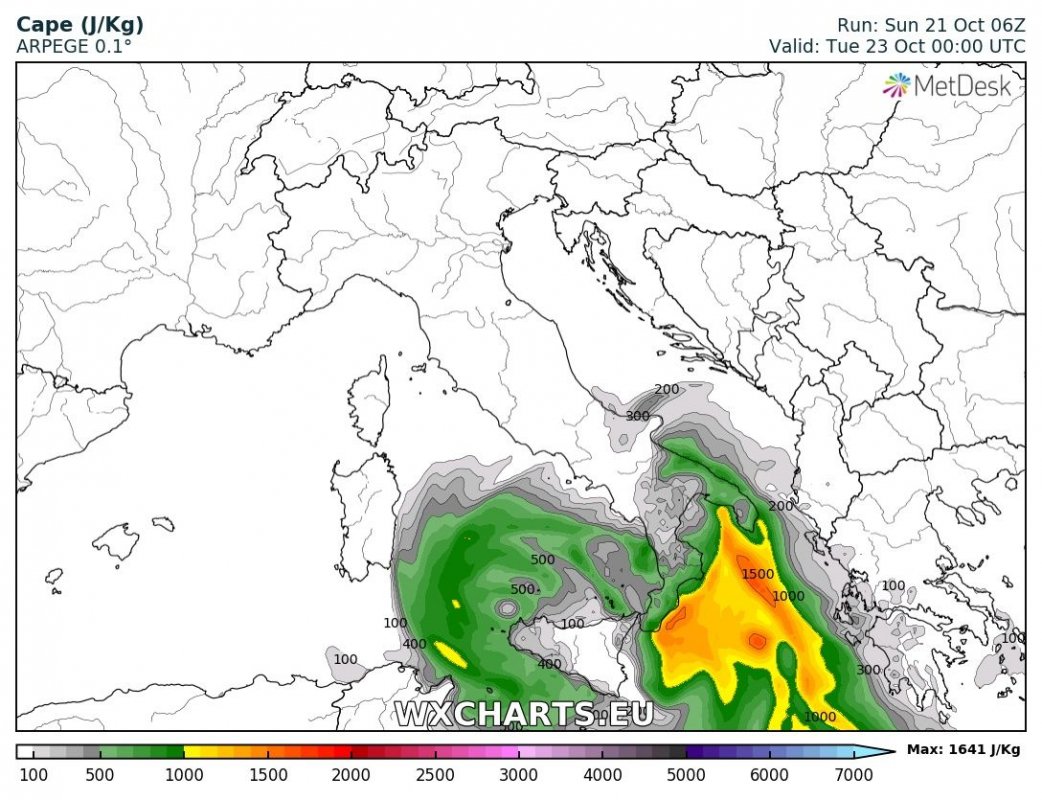 Moderate instability will build up along the coast, with up to 800-1200 J/kg MLCAPE expected. Moderate 20-30 kt westerly to southwesterly mid-level flow (500 mbar level) will also overspread southern Italy. Combining with sustained 20-25 kt low level winds, there will be sufficient deep-layer shear (40-50 kt) to support organized thunderstorms. Expect thunderstorms along the coastal area and along the cold front. Rainfall will likely be further enhanced inland due to orographic lift. Some models hint at a very slowly moving or even stalled cold front over the extreme south of Italy late on Monday and early on Tuesday, as its progression is offset by southern motion of the low.

The main threat with thunderstorms will be torrential rainfall. Some areas may receive well in excess of 100 mm over 24-36 hours, which will likely lead to local flooding. Additionally, as the rather strongly sheared environment will support organized thunderstorms, including supercells, marginally large to large hail is possible. Mesocyclonic waterspouts are possible with storms over the Ionian and southern Adriatic sea. Underneath the centre of the cold core upper low over the Tyrrhenian sea, non-mesocyclonic waterspouts are expected.

As the cutoff low moves southeastward on Tuesday and Wednesday, models indicate a similar setup – with torrential rainfall and locally severe thunderstorms – for Crete and Rhodes islands, Greece. Stay tuned, we will be providing a forecast for that area as well.