Just a week after a strong cold outbreak across much of Europe, yet another intense outbreak of cold airmass will spread across eastern and southeastern Europe, bringing more snow and winter weather over the region.

The pattern over Europe is gradually changing as the extensive upper-level ridge is drifting east from western Europe, being replaced by extremely deep long-wave troughs over the North Atlantic this weekend. On its eastern flank, deep trough pushes a cold outbreak deep south into Black Sea region, Turkey and E Mediterranean: 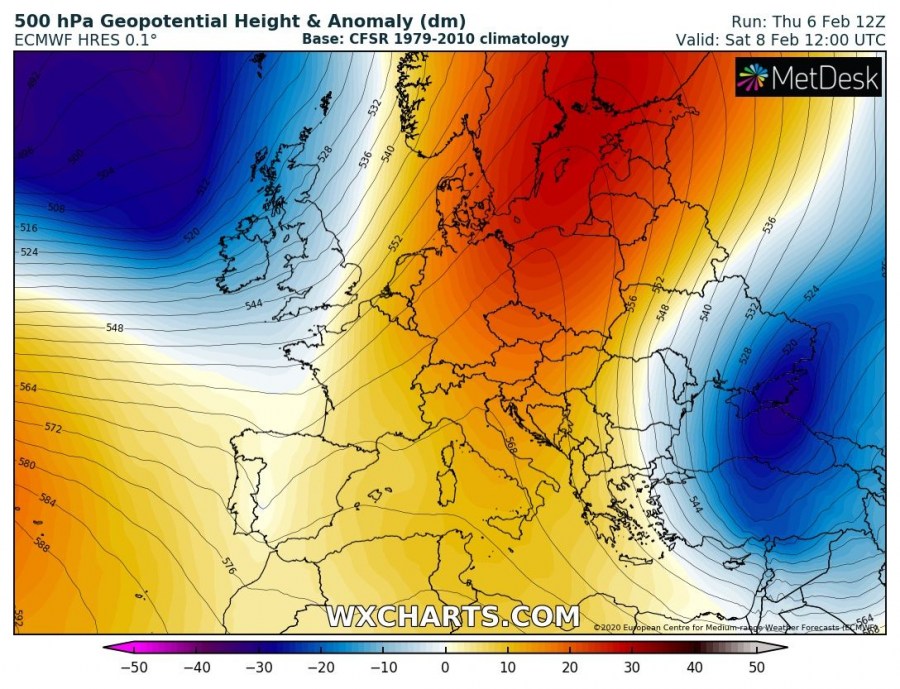 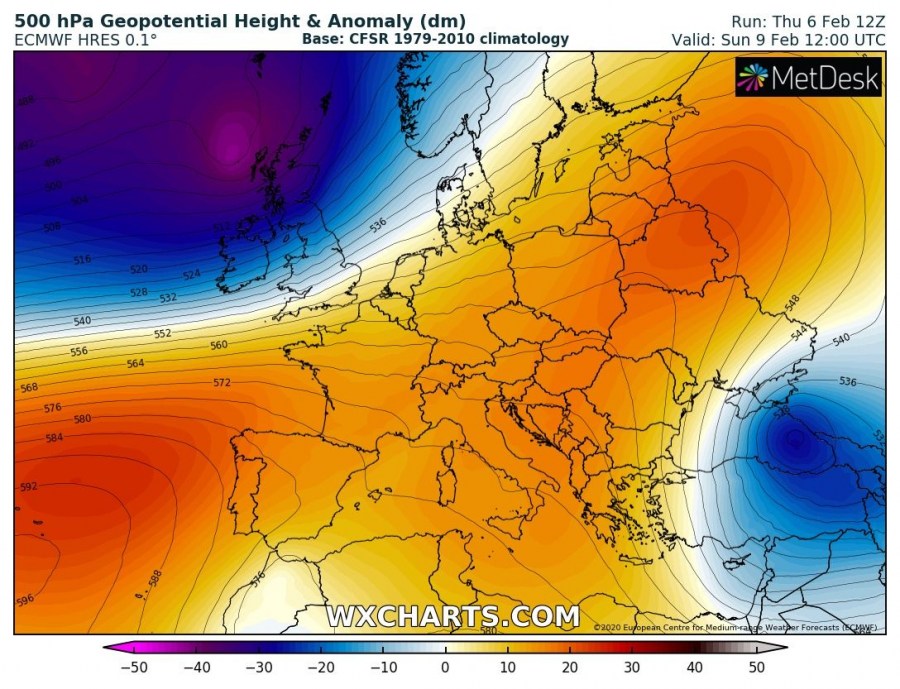 Again, much colder airmass than normal spreads across the eastern half of Europe first this morning, continues south into southeast Europe. Also across the Balkans, Black Sea region and Turkey through the day and tonight: 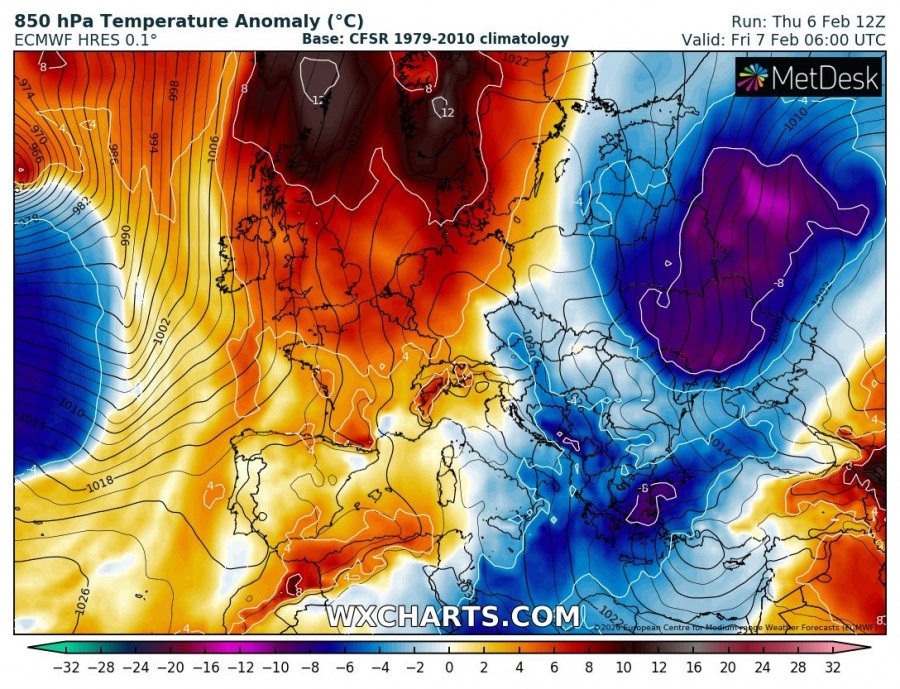 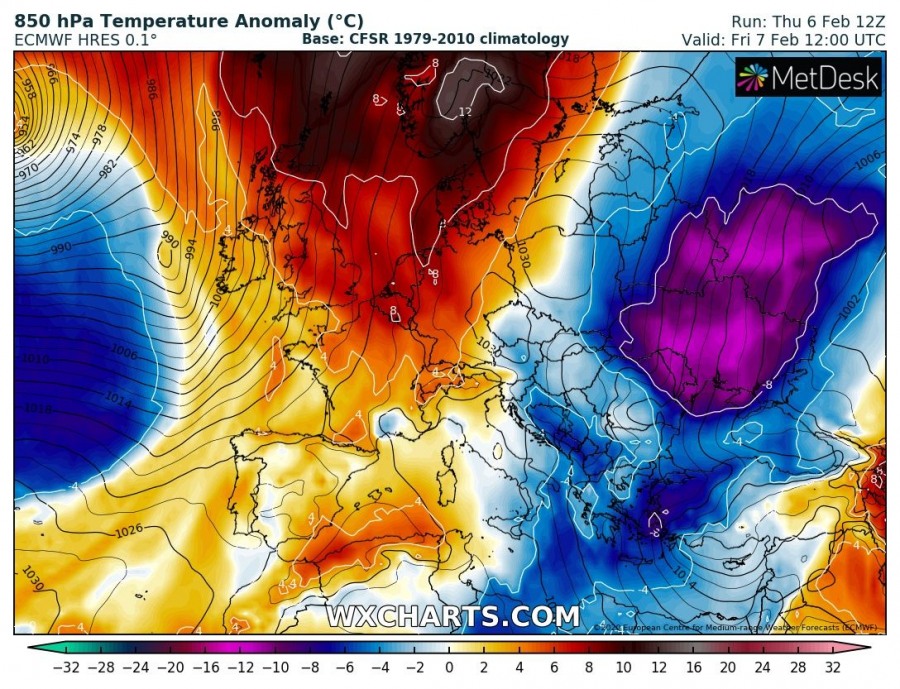 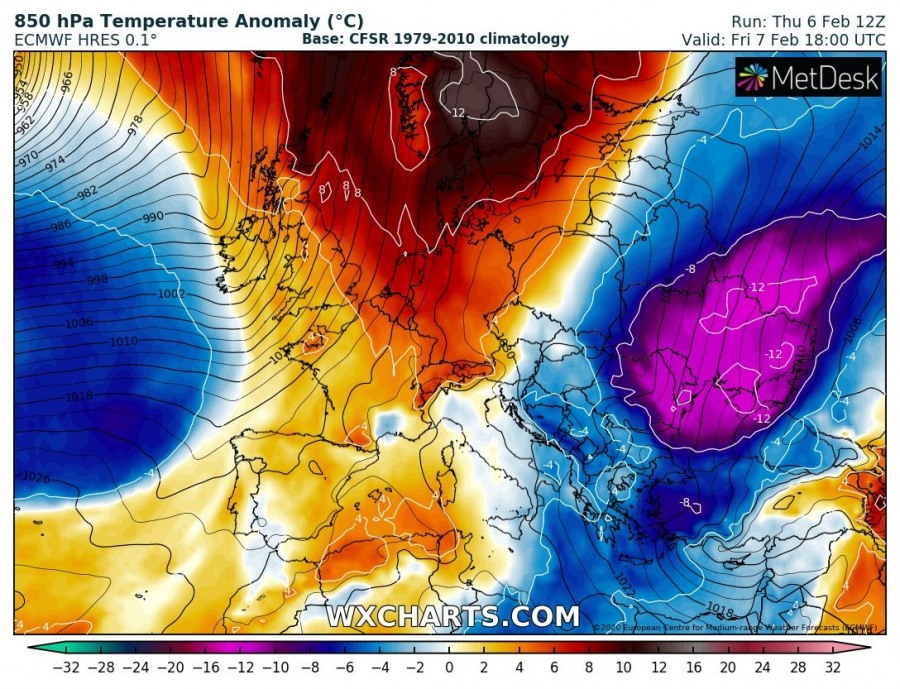 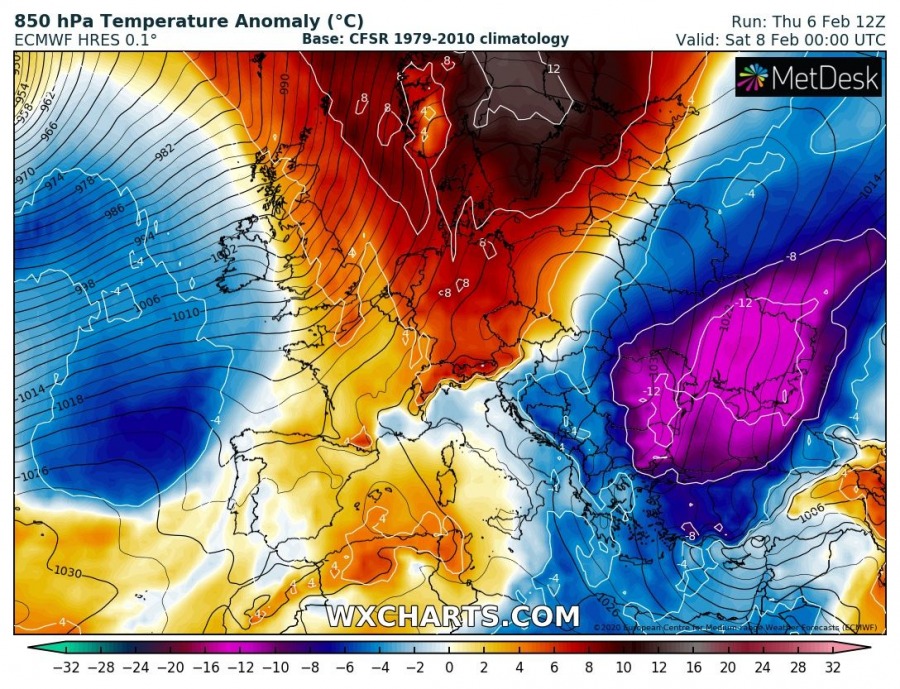 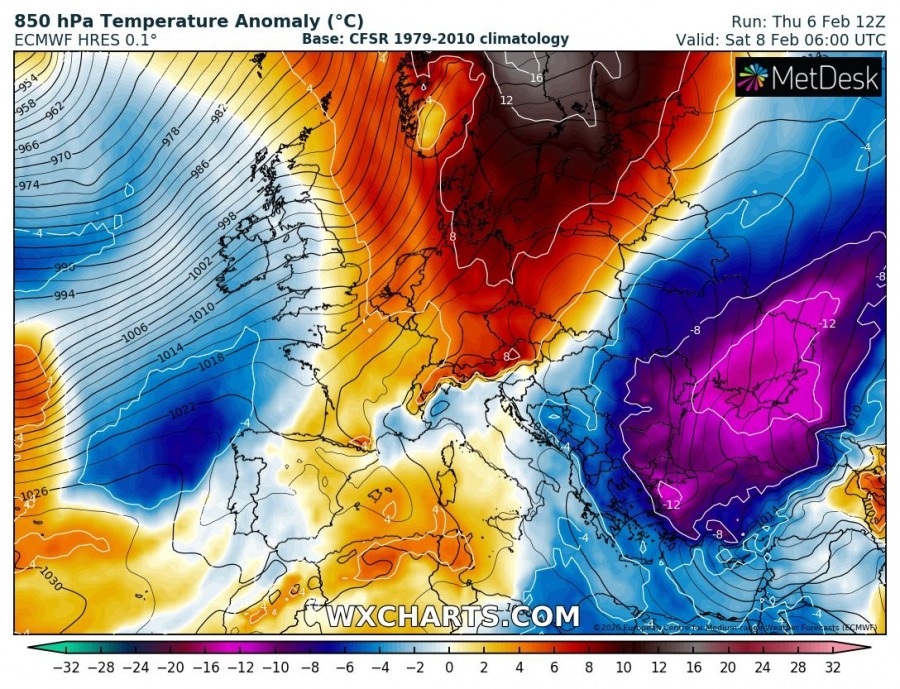 Very cold airmass persists also over the weekend as the cold pool gets trapped over the region. 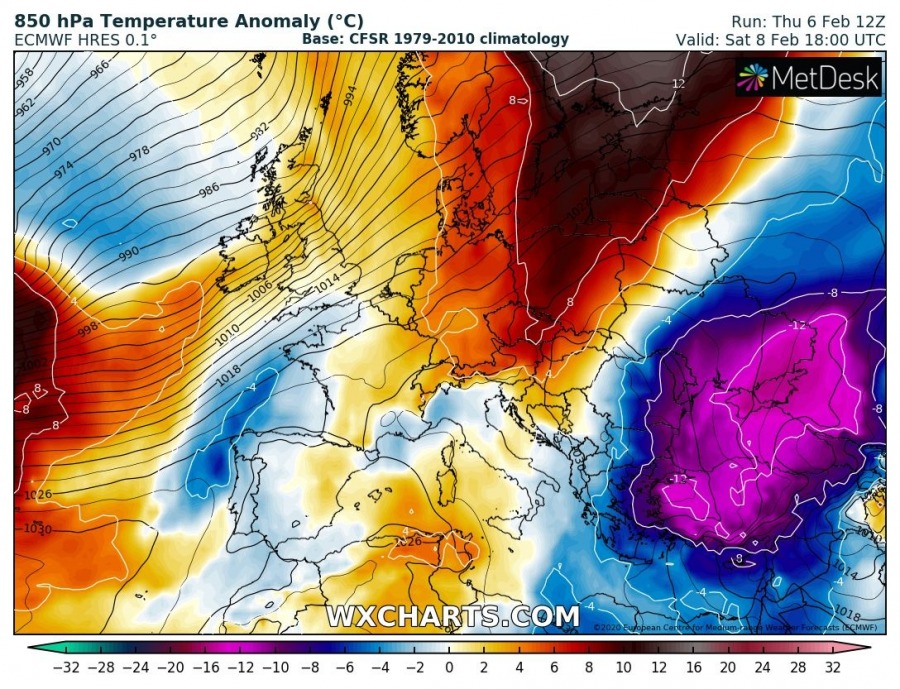 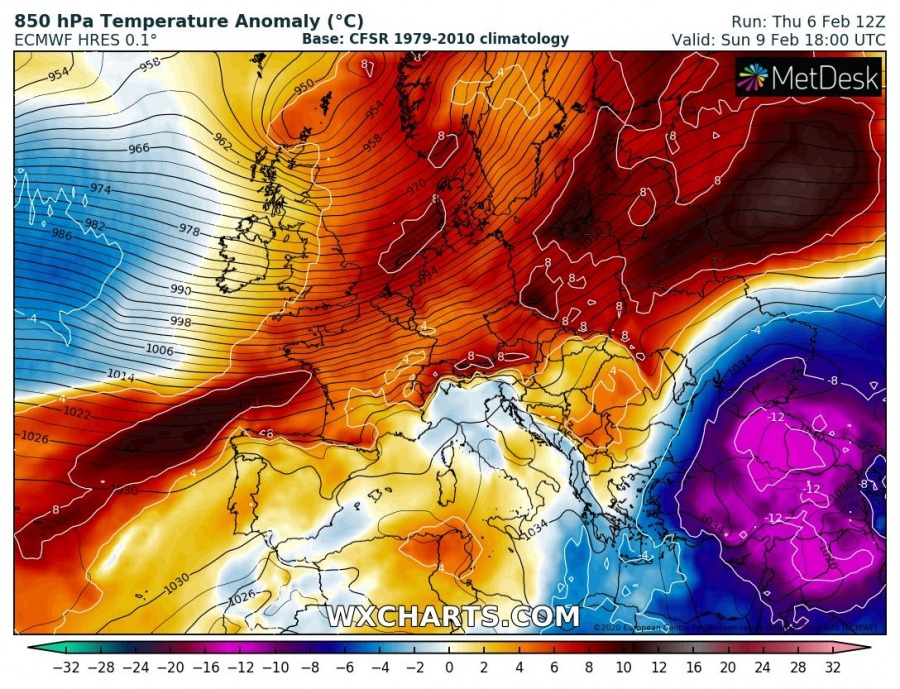 The frontal system moving along the leading edge of the trough will introduce quite a lot of precipitation over the Black Sea region, Turkey and the Middle East. Locally flooding potential will increase. 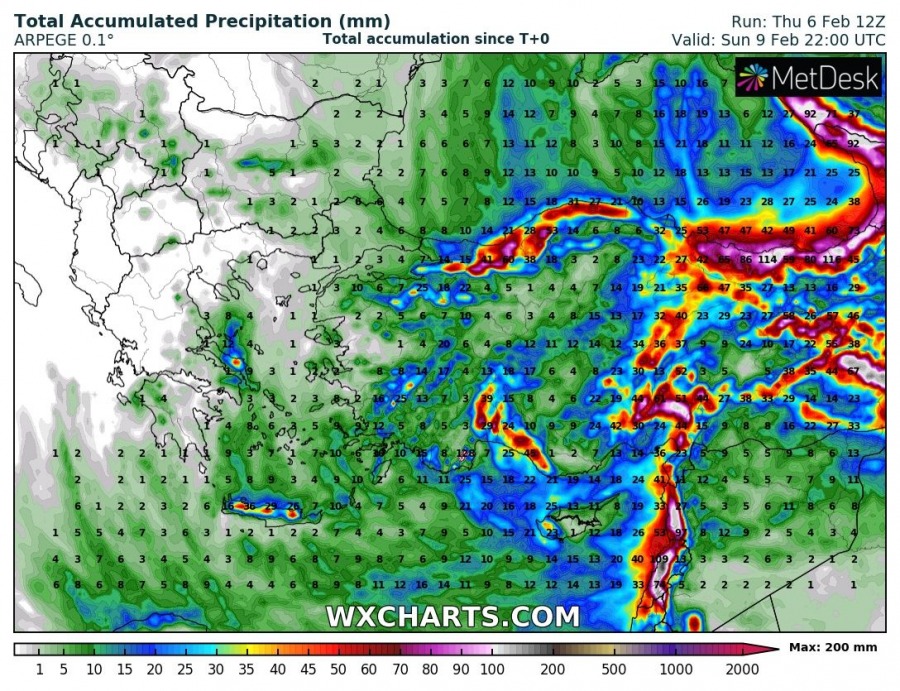 But tons of new snow is expected across higher parts of Turkey and especially across the Caucasus Mountains – 100+ cm is quite likely: 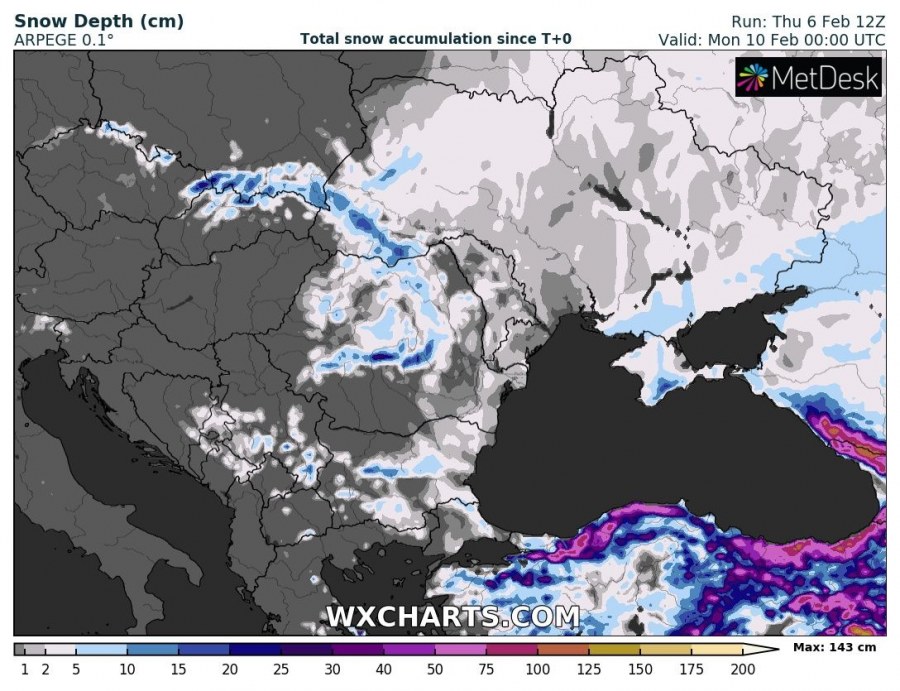 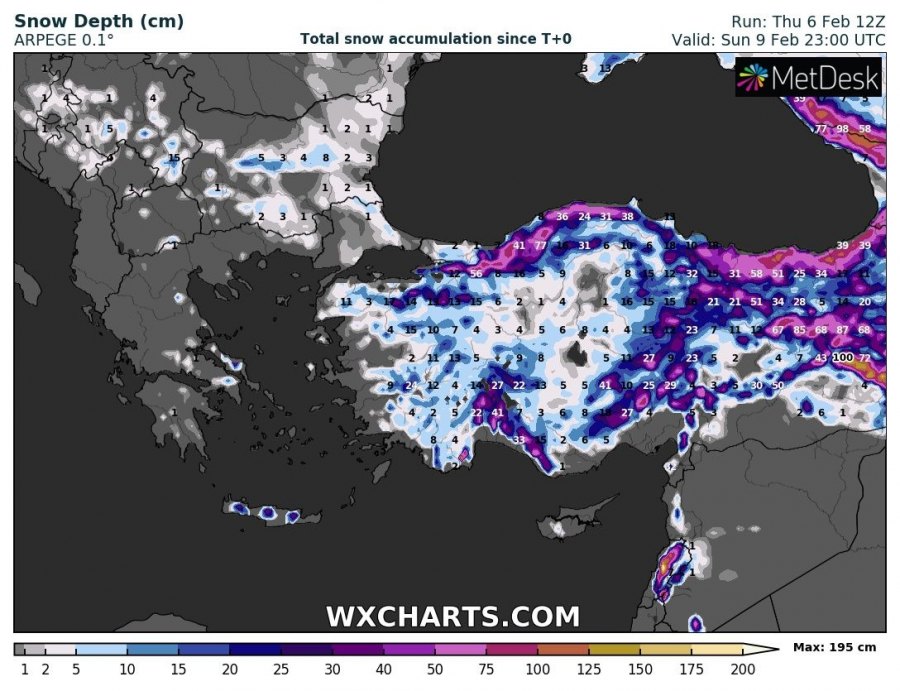 See details on the primary cold outbreak earlier this week: