Winter is in full swing across parts of the Balkans as very cold airmass and locally lots of snow have resulted from the just-ending Arctic cold outbreak. Starting tonight, a new significant outbreak of very cold airmass spreads into the region and brings more snow, severe winds and very cold days through Wednesday, Jan 9th.

The overall pattern indicates a persisting upper ridge over the northern Atlantic and western Europe while a large trough / upper low over the southeast Europe strengthens on Monday and results in another very cold blast into the southeastern parts of Europe. 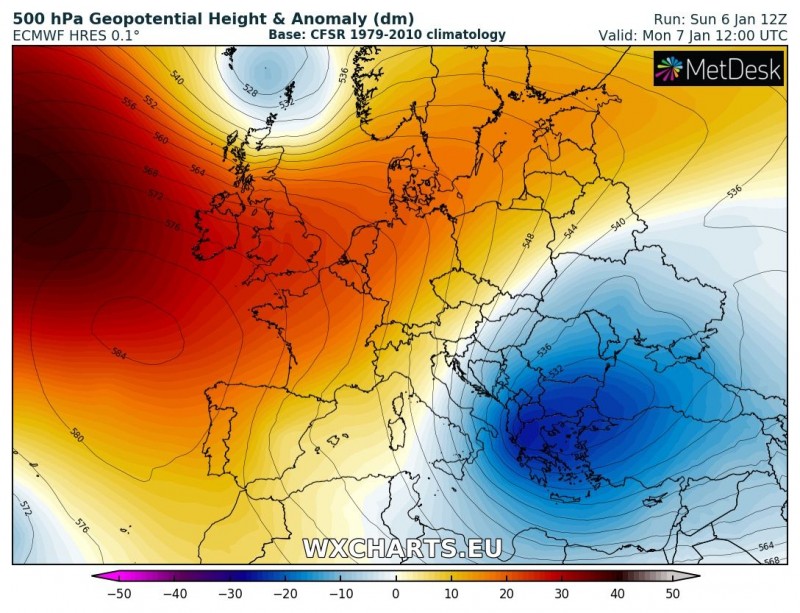 Tonight, a deep trough over the southeast Europe begins deepening and intensifies tomorrow, Monday Jan 7th. This will bring a powerful cold outbreak once again for the Balkans, also advecting towards the southern Mediterranean and Italy. With time, the most intense cold advects into the southern Balkan peninsula (Tuesday) and then spreads towards Turkey and far east Mediterranean, gradually weakening a day after. 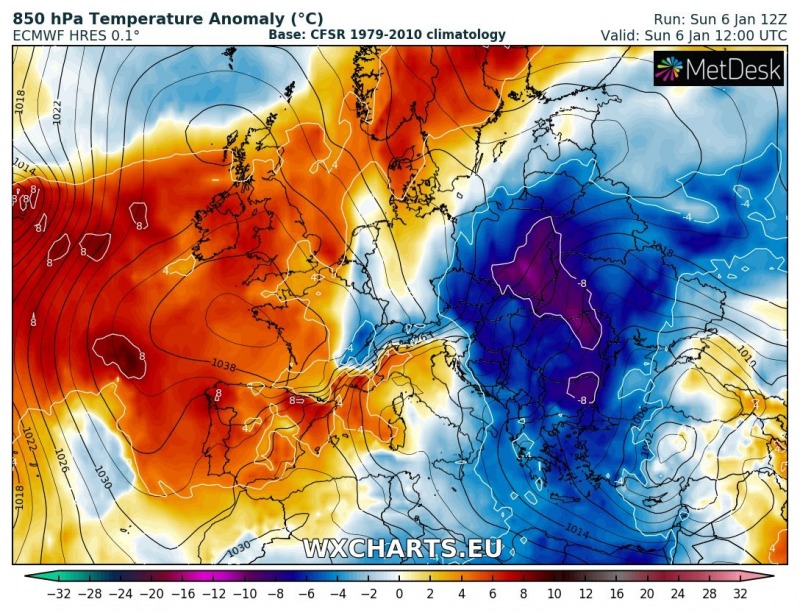 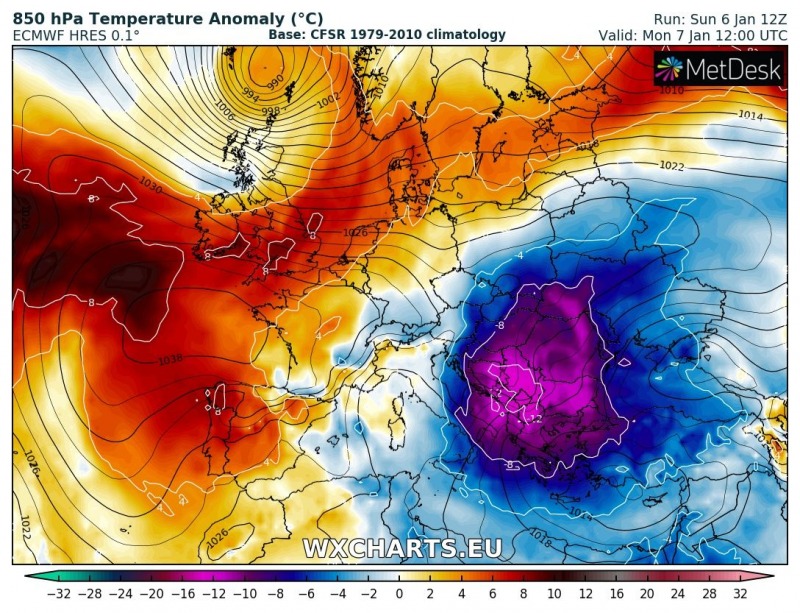 Zoomed maps of the Balkan peninsula – again, airmass more than 10 °C colder than average spreads across a large part of the region from north to south, pushing Arctic airmass towards the south/southeast Mediterranean where more snow is expected. This includes Adriatic/Tyrrhenian sea-effect snowfall across parts of south-central Italy. 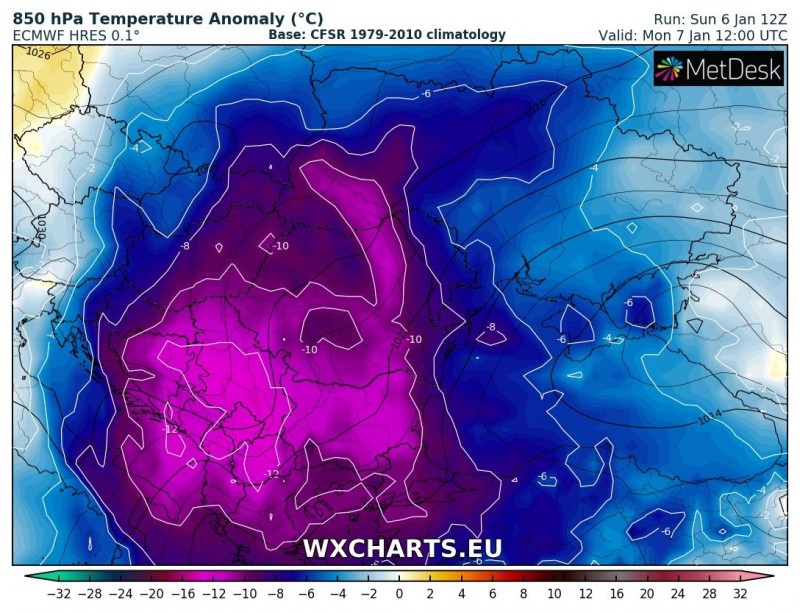 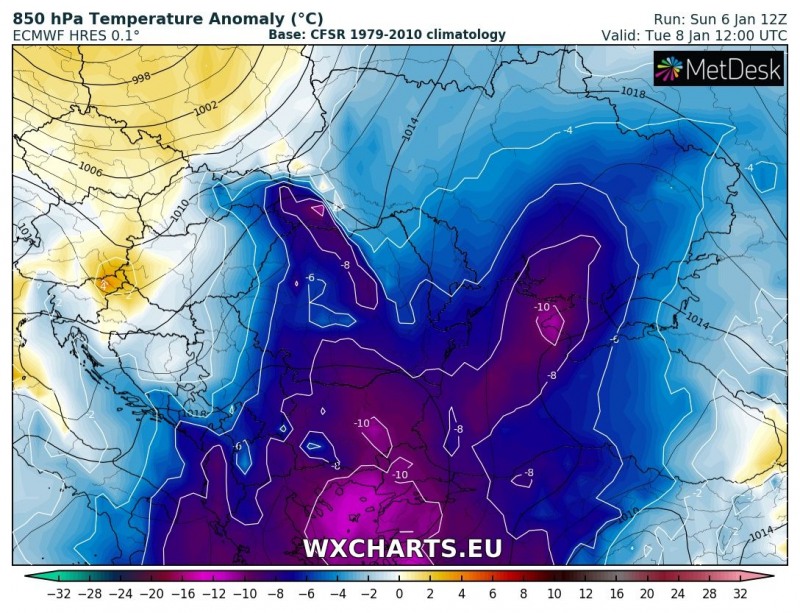 Accumulated precipitation through a 72 hour period indicates which areas should receive the most precipitation, much of it indeed as snow due to Arctic cold airmass in the region. The largest amounts of snow are expected across the mountain ranges where Stau effect usually develops and orographic precipitation is maximized. 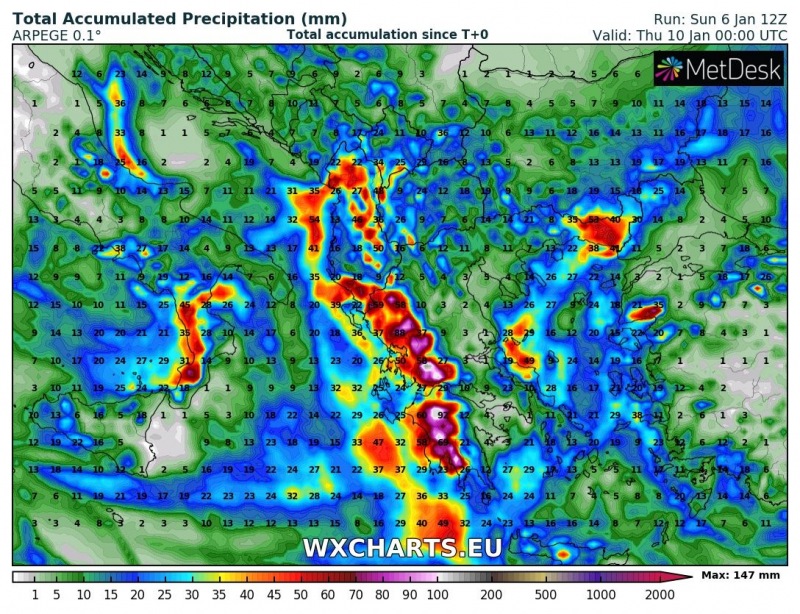 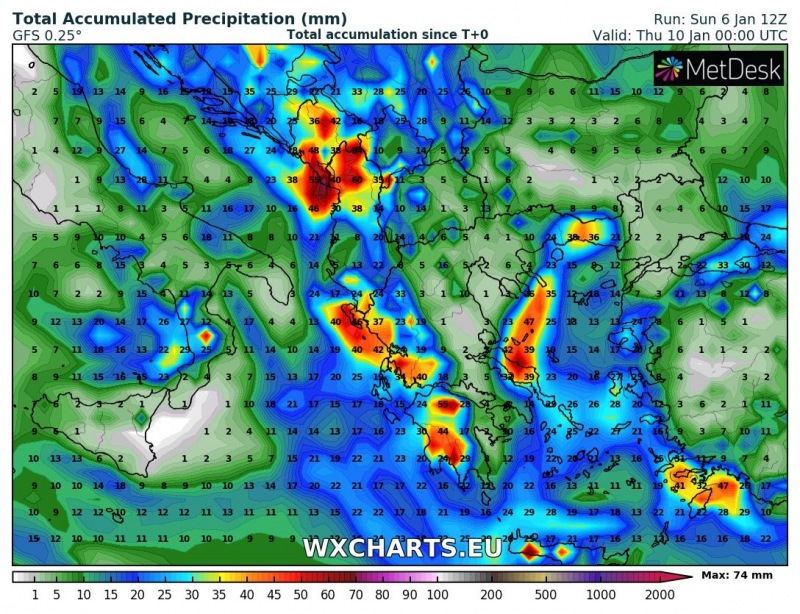 Snow depth based on ICON-EU, ARPEGE and GFS models – agreement is very good for quite significant amounts of fresh snow again over the southern Apennines, Bosnia & Herzegovina and also across Greece, FYROM and Bulgaria. 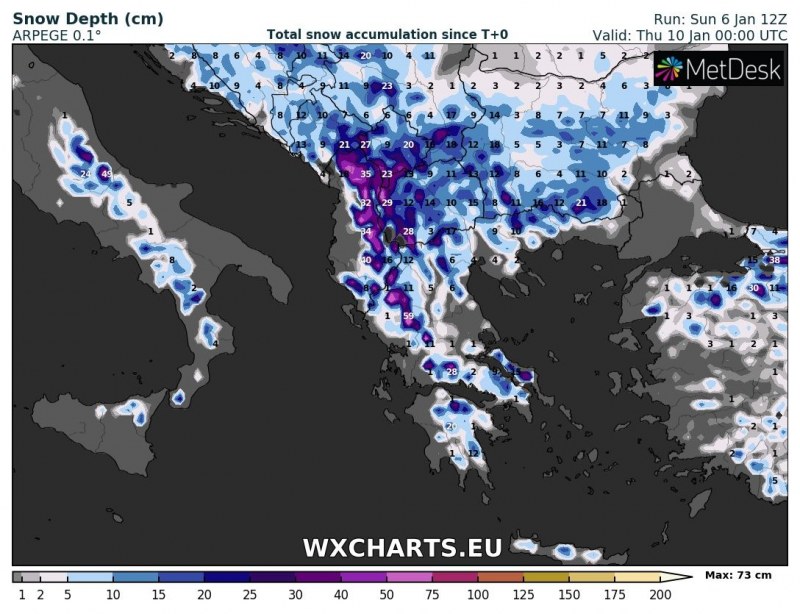 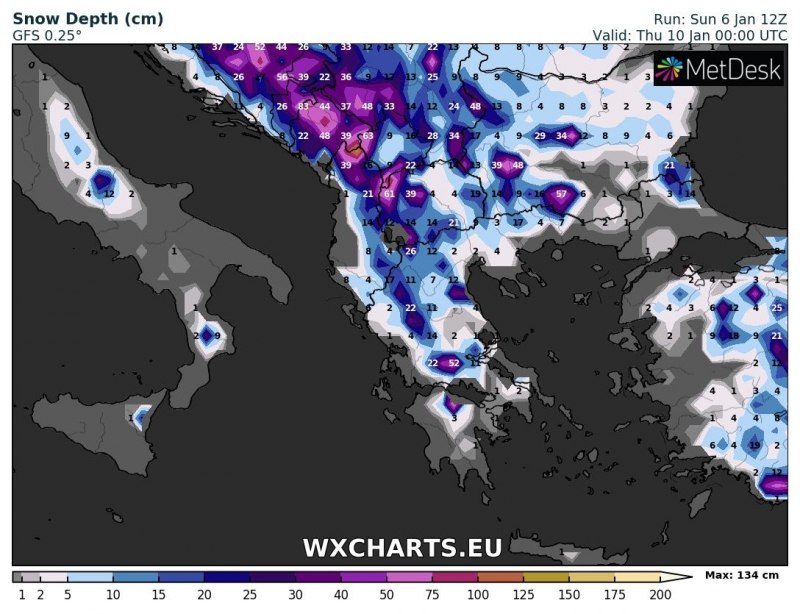 Stay tuned for additional details on the outbreak evolution soon!