A strong ridge develops over the northern Atlantic region this weekend, centered over the Norwegian sea, between the British Isles, Iceland and Norway, extending all the way from the Iberian peninsula far into the Arctic region to Greenland and Svalbard island. Warm airmass builds up under the ridge and is advected northward by deep lows pushing from the broad low pressure area to the west. Expect temperatures up to 8-16 °C higher than normal across parts of the British Isles and Ireland, parts of Scandinavia and the Norwegian sea. Parts of Iceland the Denmark strait and Greenland will be even warmer, up to 16-20 °C above normal for this part of the year. 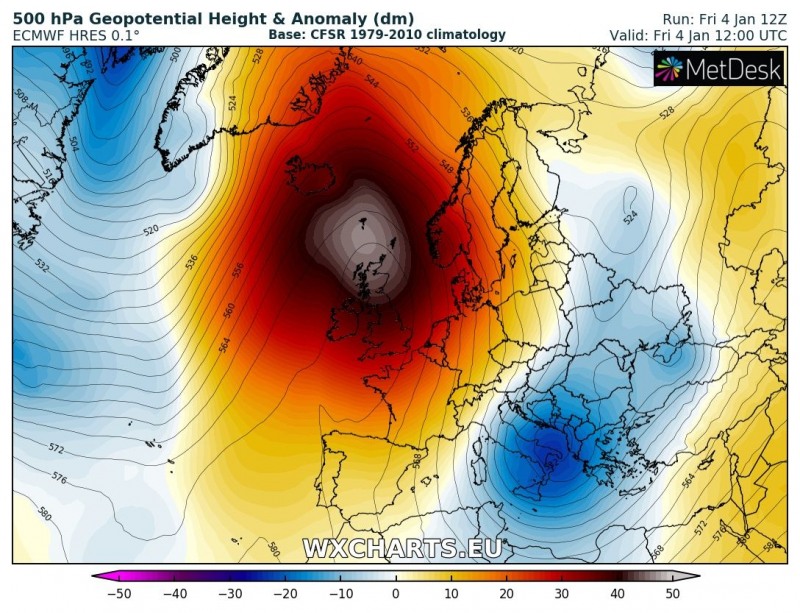 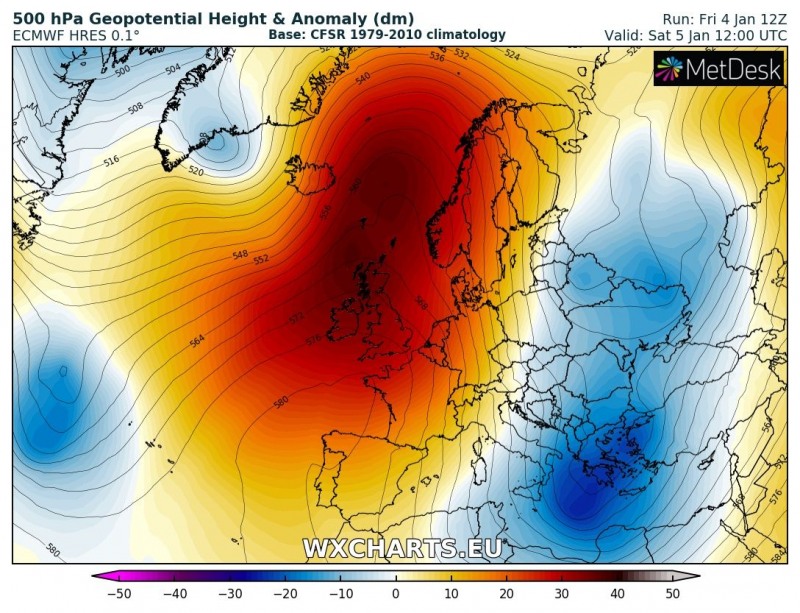 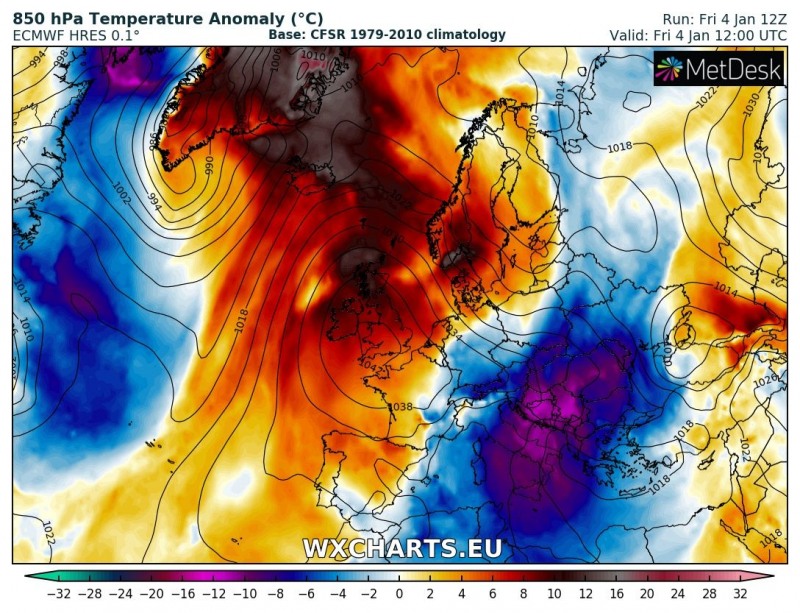 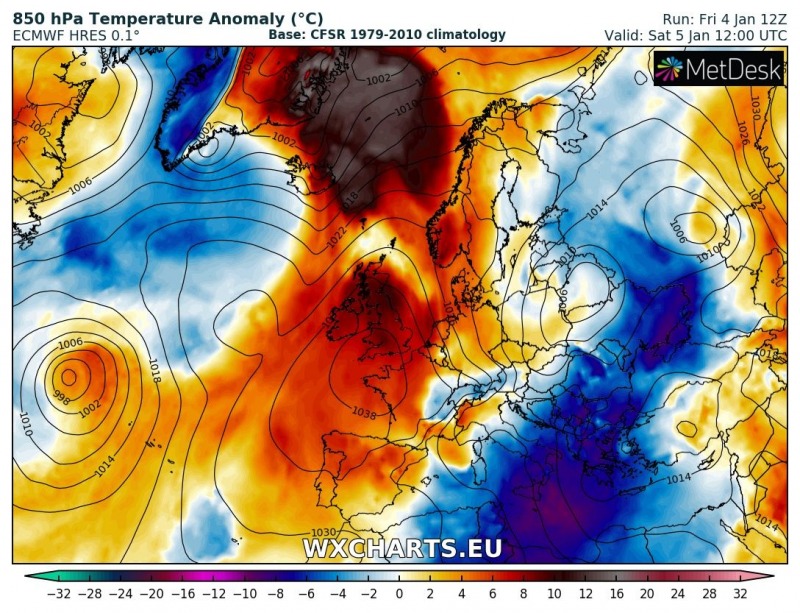 After two deep lows are ejected eastwards acros the British isles and the North Sea and the Norwegian sea, a new ridge builds up over the north Atlantic SW of Iceland early next week. Again, temperatures will reach up to 10-16 °C above normal, stretching from Newfoundland and Labrador, to Iceland and Greenland. 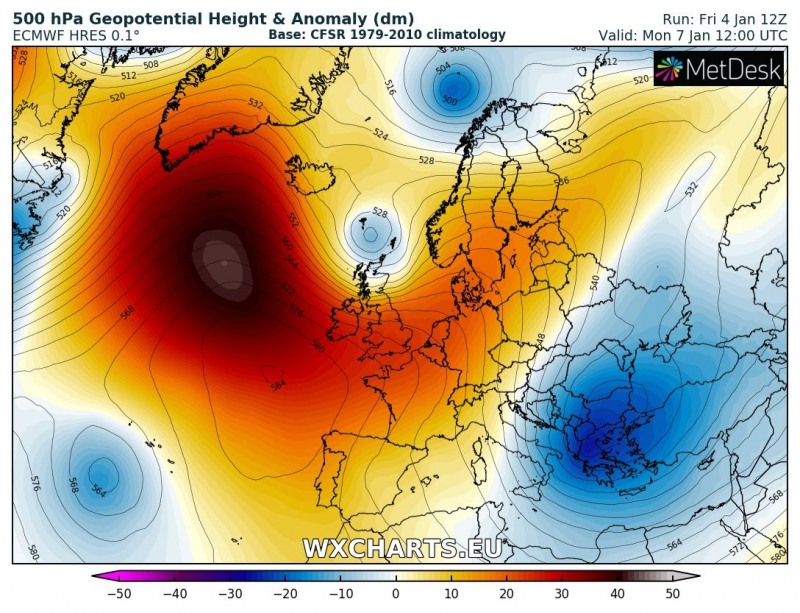 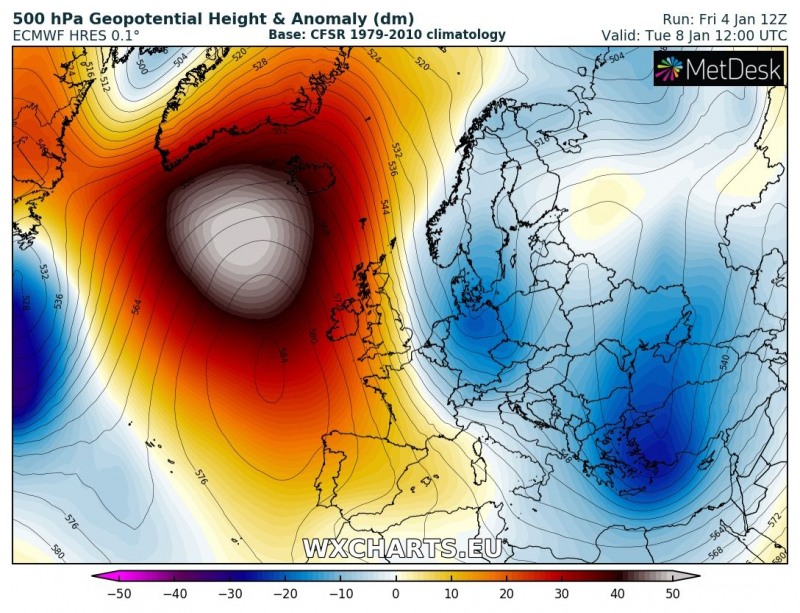 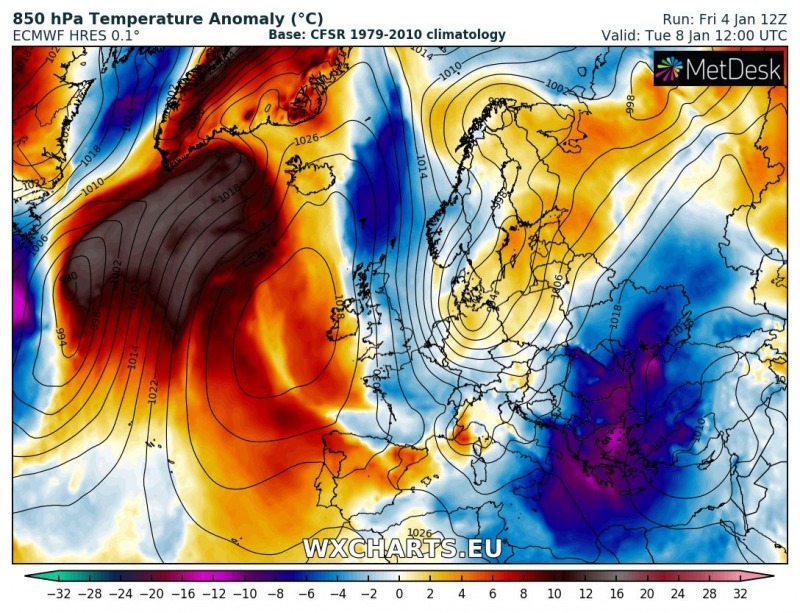 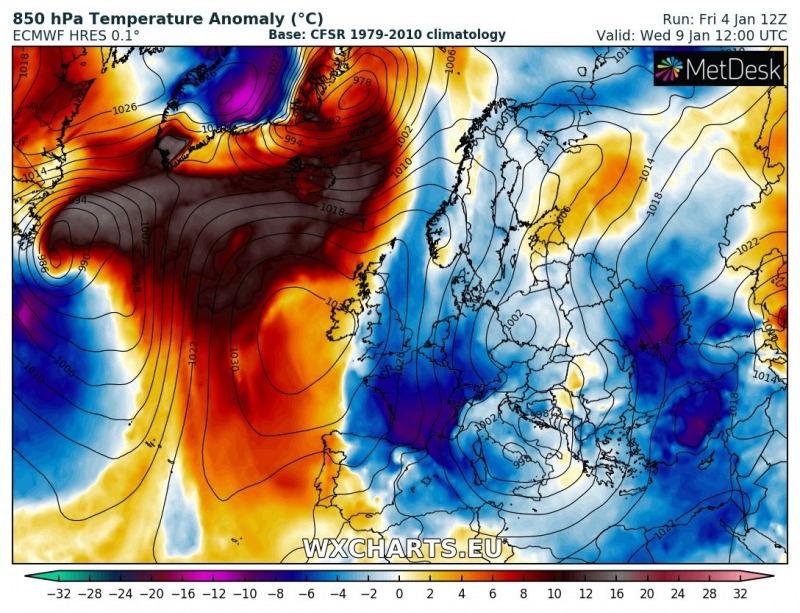 Note that temperature anomalies are for 850 mbar level (~1500 m). Surface temperatures will be lower as th region remains under a strong marine inversion layer.

Read more about the Arctic outbreak:

Last copies of our Calendar 2019 are available: