Finally, pattern evolution this week brings cold weather also into west-central and southwest Europe as a powerful upper ridge over the northern Atlantic intensifies and moves more into the Arctic region. This releases an Arctic outbreak across the North Sea into the western Europe on Wednesday and a day later into central and southwestern Europe (Spain). Very cold airmass also reaches the western Mediterranean and northern Africa (Algeria) on Thursday and Friday.

Pattern overview with the Arctic outbreak developing early on Wednesday is showing a very deep trough / low pushed into the central and partly into the western Europe. On Thursday, a large upper low pushes further south into the north-central Mediterranean and strong cold airmass advection takes place on its rear side around the Alps, spreading towards the southern France, the northeast Spain and the west-central Mediterranean. On Friday, the upper low gradually weakens while moving south towards the North Africa. Cold advection behind the front also reaches Algeria and Tunisia, bringing some fresh snow into the mountains there. 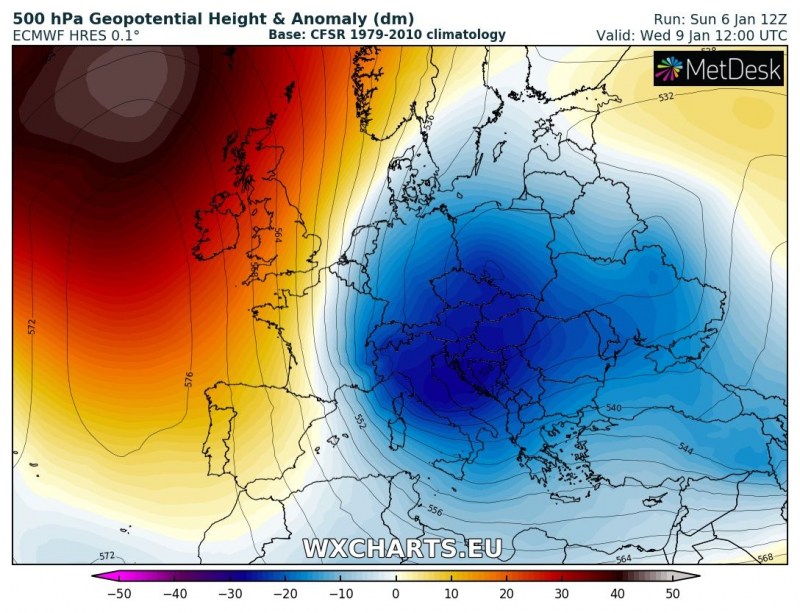 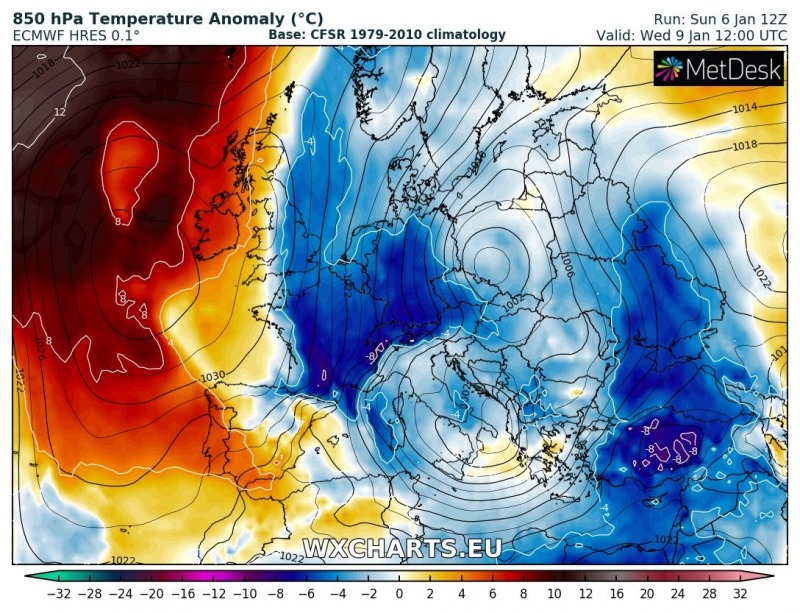 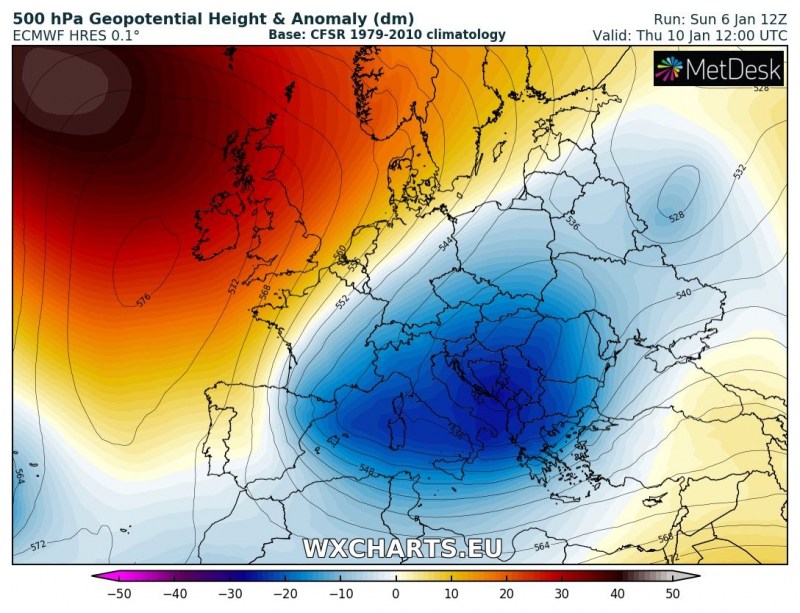 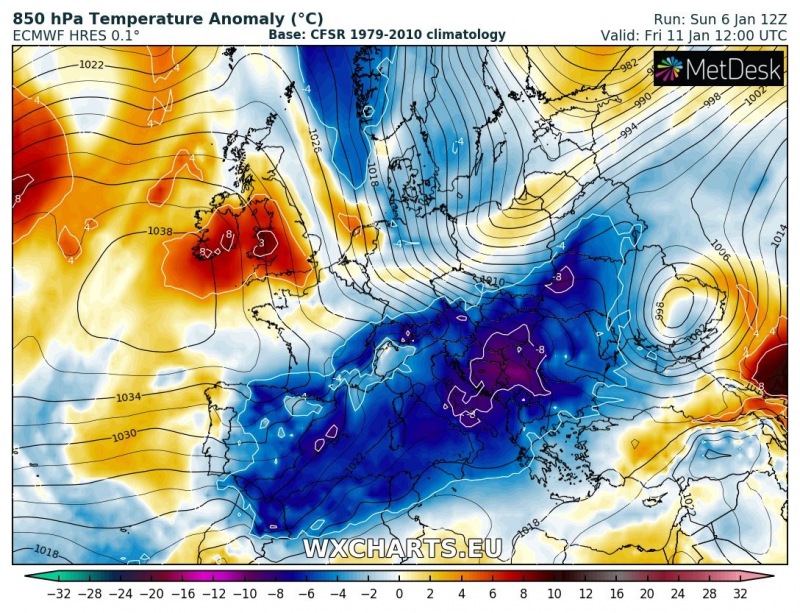 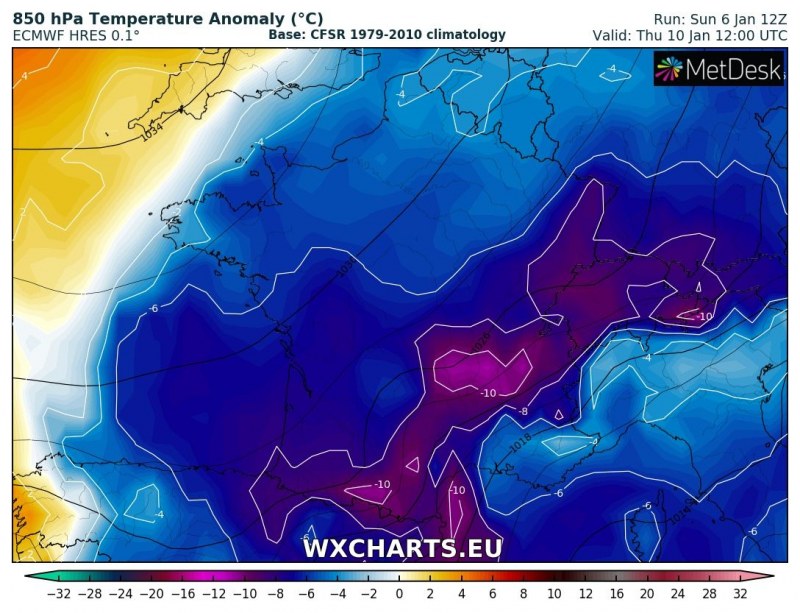 2m temperature maps for Wednesday and Thursday – cold weather first reaches most of the UK, then spreads towards south and intensifies in late Thursday. 5-8° C colder than normal daytime temperatures are expected across S France. 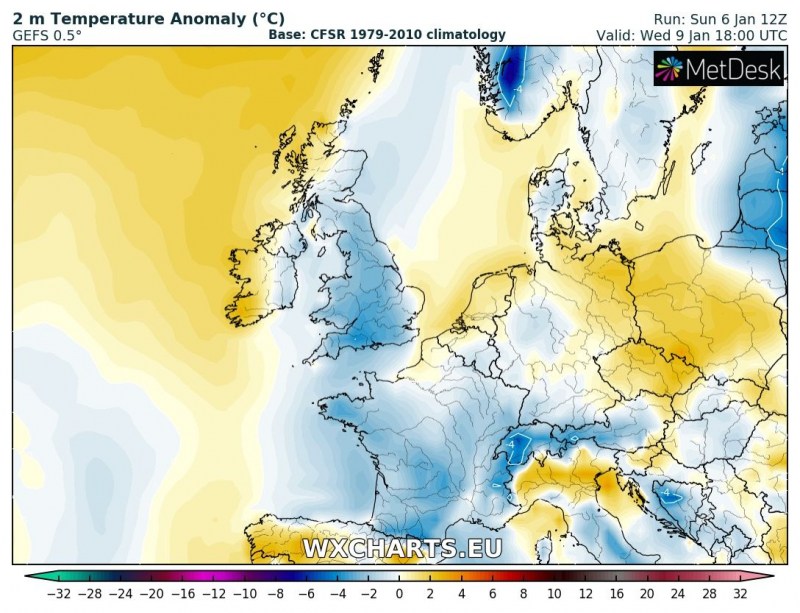 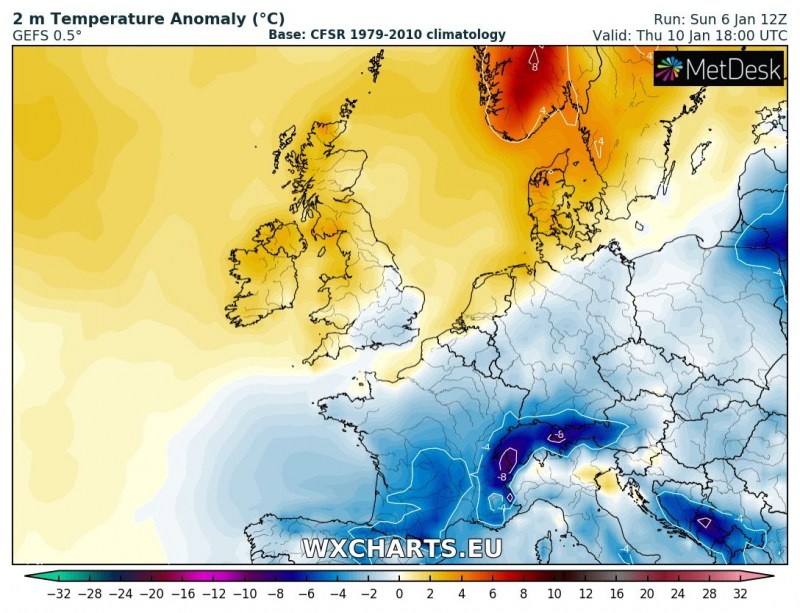 Snow depth per ICON-EU and ARPEGE models indicate some fresh snow should also develop over Germany, eastern France and towards the northern Spain and indeed Pyrenees. Major snowfall will again occur over the northern Alps due to Stau effect. 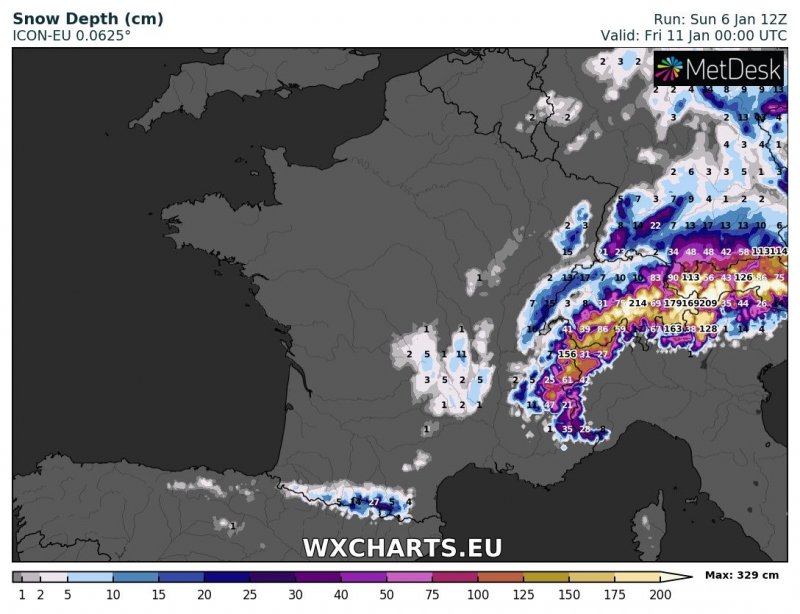 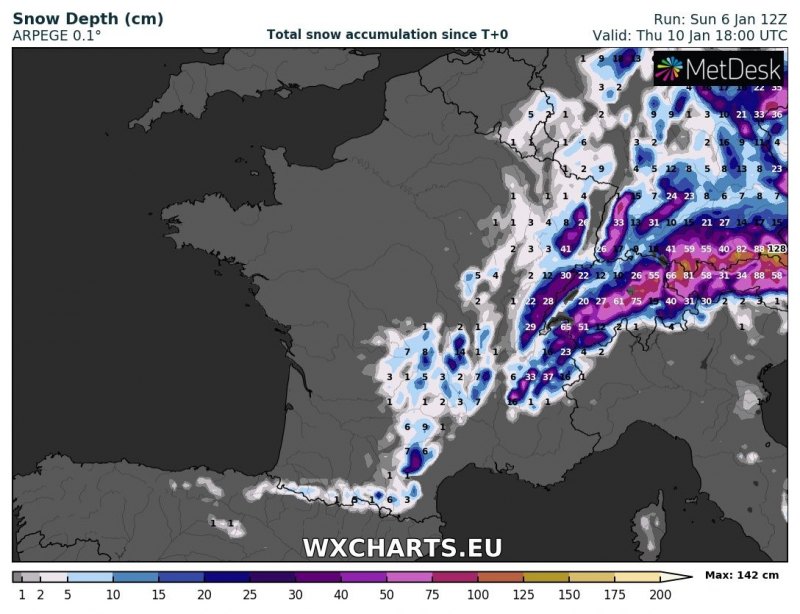 Stay tuned for further updates before the outbreak starts, likely on Tuesday!