As we discussed yesterday, an intense Arctic cold outbreak will spread across the western half of the US through the early days of this week. A very powerful trough is moving in from the North Pacific will bring extreme temperature change of more than 25 °C / ~ 50 °F lower temperatures than only 24 hours before. Below are the live updates.

The temperature map across the CONUS – we can see a sharp cold front is extending from the Great Lakes region across the central Plains into the Southwest US: 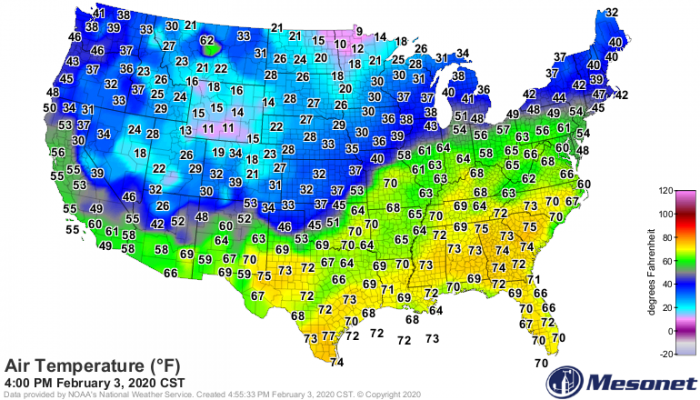 The windchill map (a combination of temperature and winds) reveal the real feel of the temperature is already pretty extreme into negative values °F across Wyoming, eastern North Dakota and northern Minnesota. In °C that means 15-20 °C below zero! 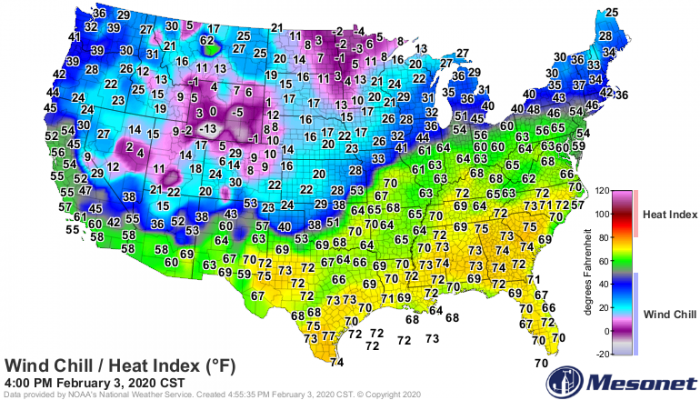 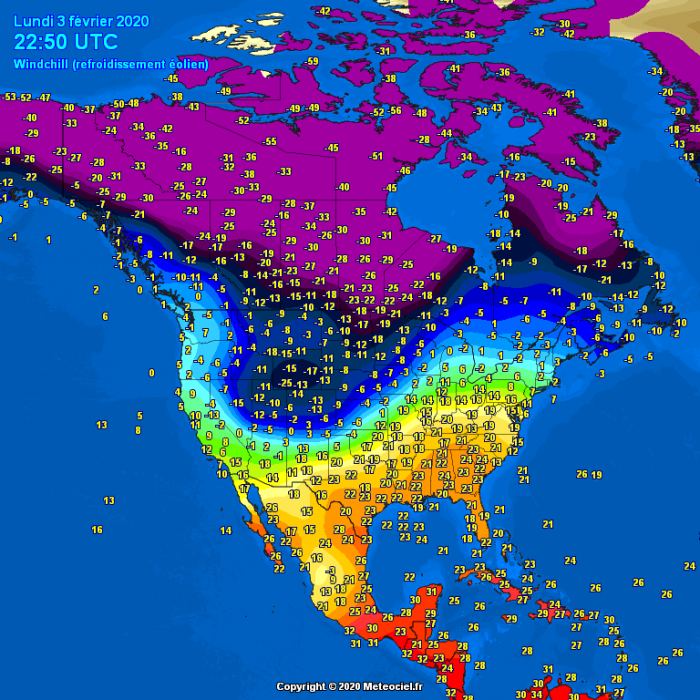 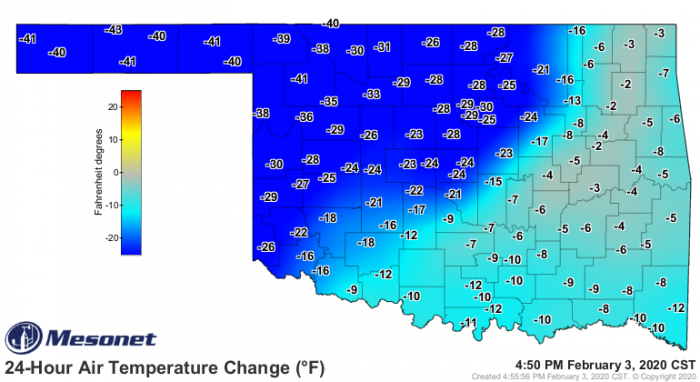 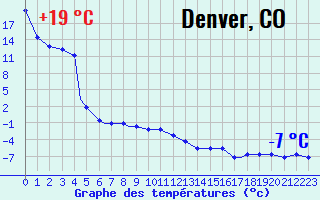 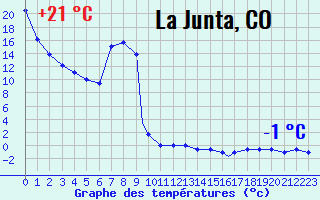 The model guidance remain on track with the previous thinking – the Arctic airmass will continue moving across the south and southwest US until Thursday when it also spreads futher east across the CONUS: 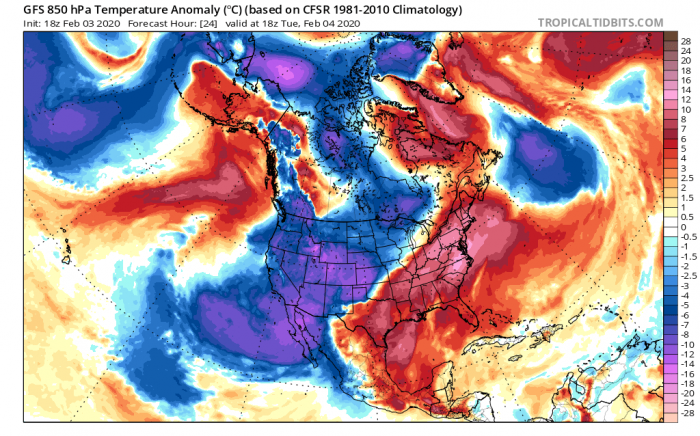 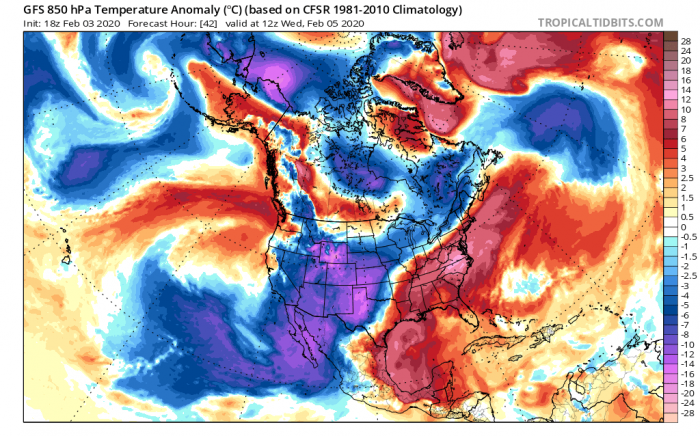 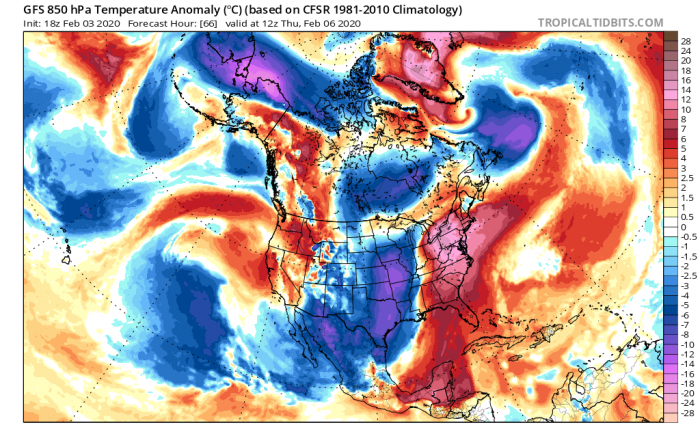