Here is a short update on the developing Arctic outbreak across the United States today. While extremely cold airmass spreads into the Dakotas and Great Lakes region, a strong warm advection spreads into the East Coast and NE US. This creates a very impressive temperature contrast between these regions. Parts of NE US warm into the mid 50s, while Minnesota plunges into the extreme cold with temperature around -15 °F – more than 70 °F difference!

The Arctic outbreak across southern Canada towards Dakotas and Great Lakes is best seen on the 850 mbar temperature anomaly, bringing near 20 °C below normal temperatures on Tuesday. Ahead of the Arctic front, warm advection pushes into NE US and results in near 15 °C above normal temperatures. 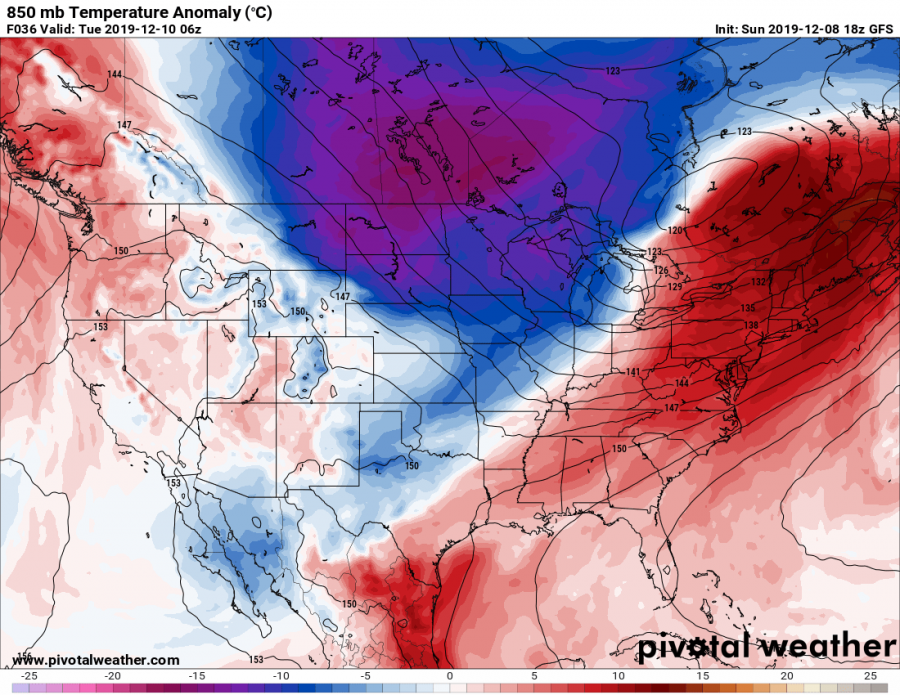 Temperature contrast will be the most extreme on Tuesday, Dec 10th – while there will be near 25 °F above normal temperature anomaly (50-55 °F) across East Coast and NE United States, Arctic outbreak delivers more than 30 °F below normal temperatures (10-15 °C below zero) across the northern US – near 70 °F difference! Attached are a couple of impressive images: 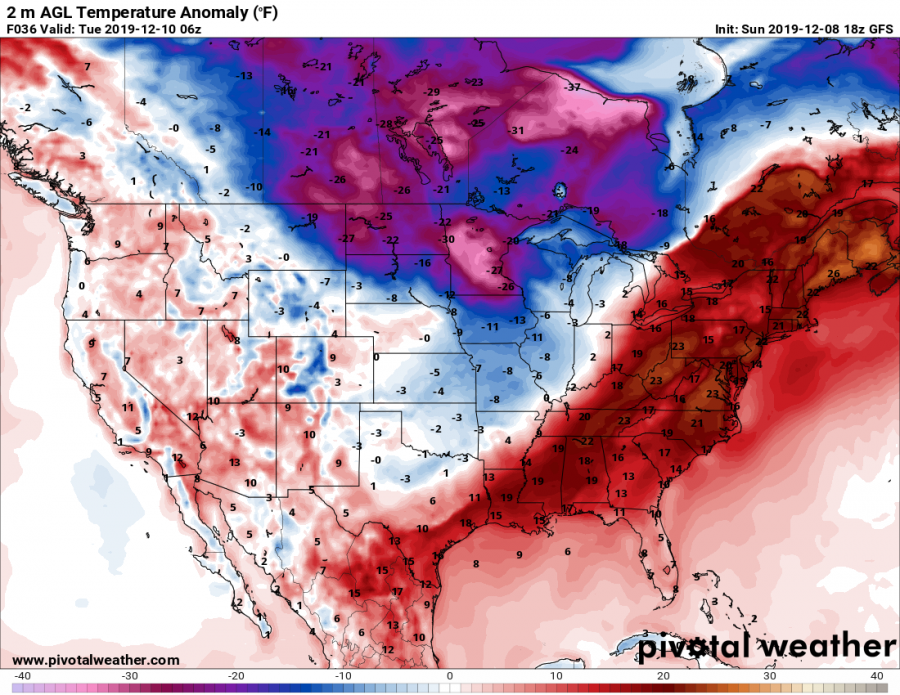 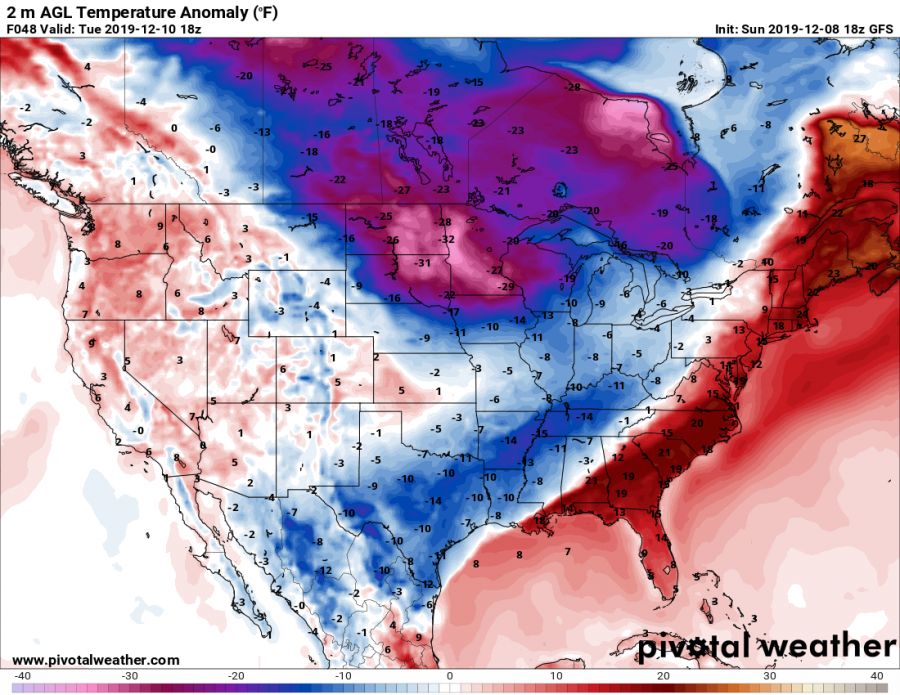 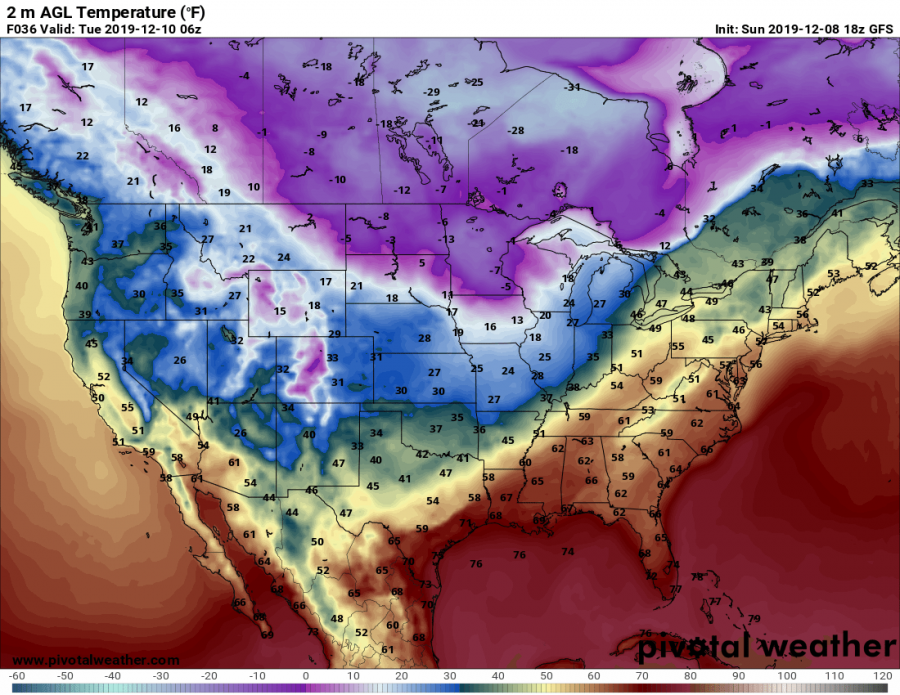 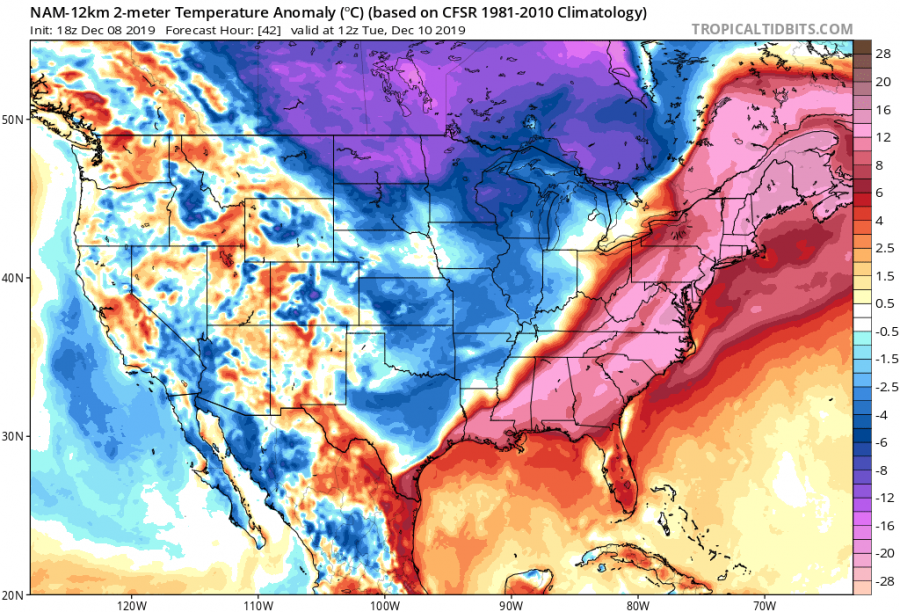 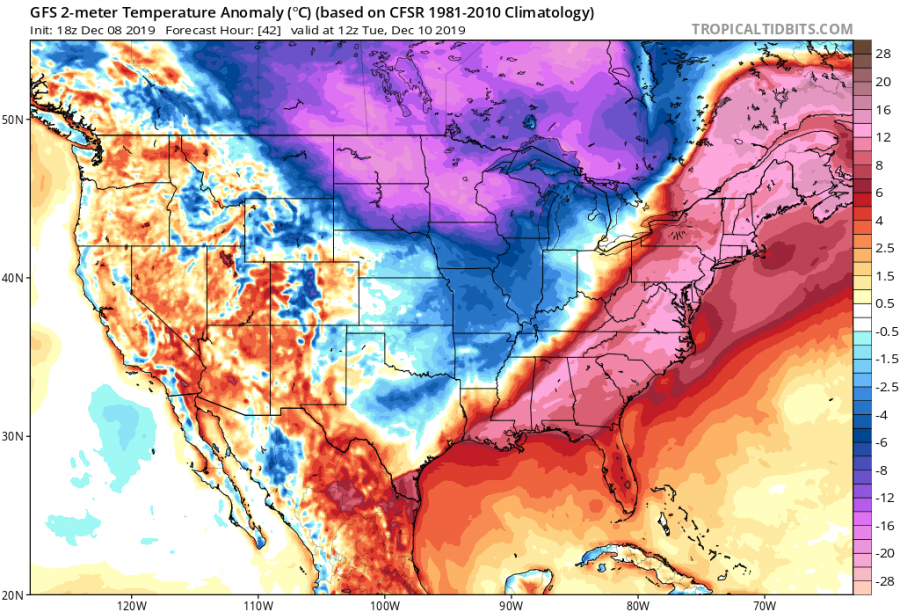 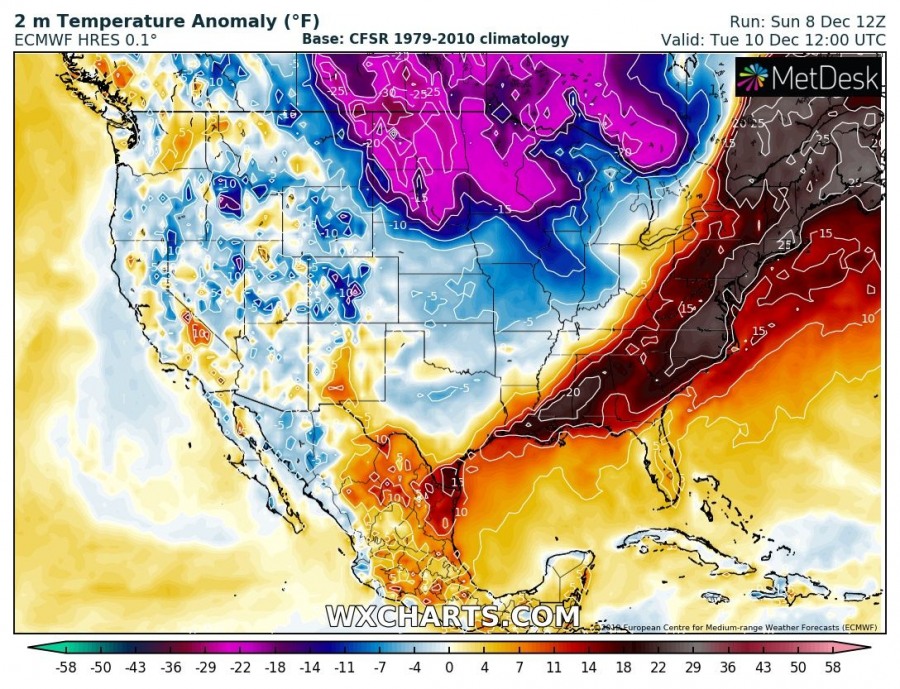 Such sharp temperature/pressure contrast will result in a powerful 190+ knots jet stream above the ENE CONUS, helping airlines to shorten the eastbound flights. 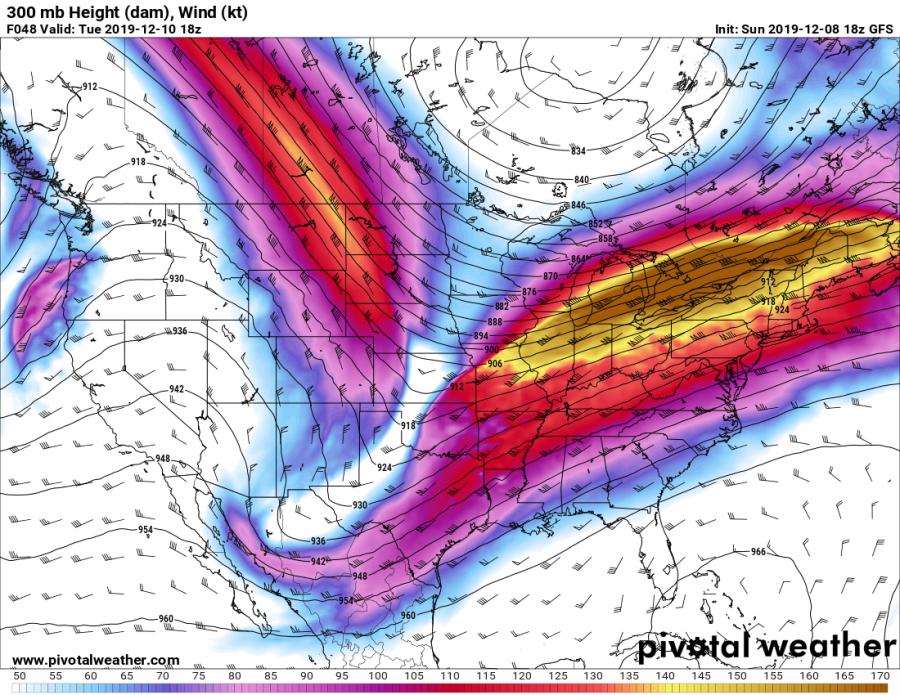 Refer to the main forecast for the powerful Arctic outbreak underway now:

A powerful windstorm with major waves will develop over Ireland, SW England, Wales and NW France tomorrow, another windstorm for western North Sea on Monday

Meanwhile in Australia… heatwaves with up to +45 °C hit the large part of the continent!

Meanwhile in Europe… powerful cyclones are ongoing over the western Europe and North Atlantic!

A powerful windstorm with major waves will develop over Ireland, SW England, Wales and NW France tomorrow, another windstorm for western North Sea on Monday