While windstorms attack North Europe, and Arctic cold spills over North America, across the world down under in Australia heatwaves bring 40+°C temperatures day after day. And the summer has just begun in the Southern Hemisphere!

In the past days, high temperatures were recorded over West Australia. Maximum temperatures exceeded 45°C! In November, many regions across the west and north have experienced highest temperatures on record for that month.

While western and northern parts of Australia are used to seeing such high temperatures in summer, the southern and south-east parts do not see it as often. A strong heat wave is spreading currently from the west over to central and eastern parts. It will hit maximum strength over South and Eastern parts tomorrow and on Tuesday. Maximum temperatures are expected to exceed 40°C in the central/southern parts and exceed 40°C in eastern/central parts on Tuesday. 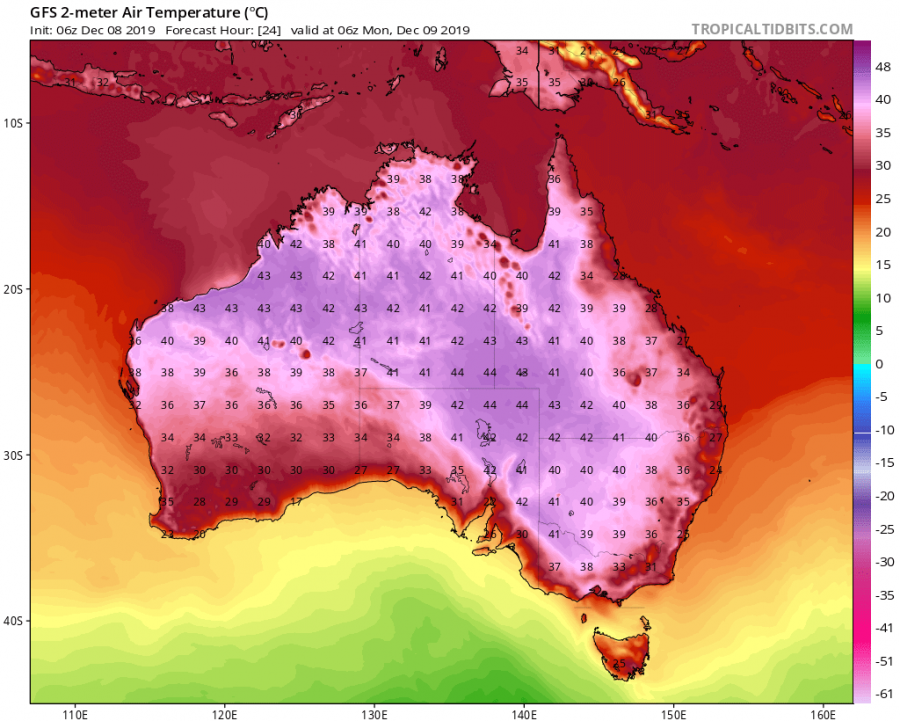 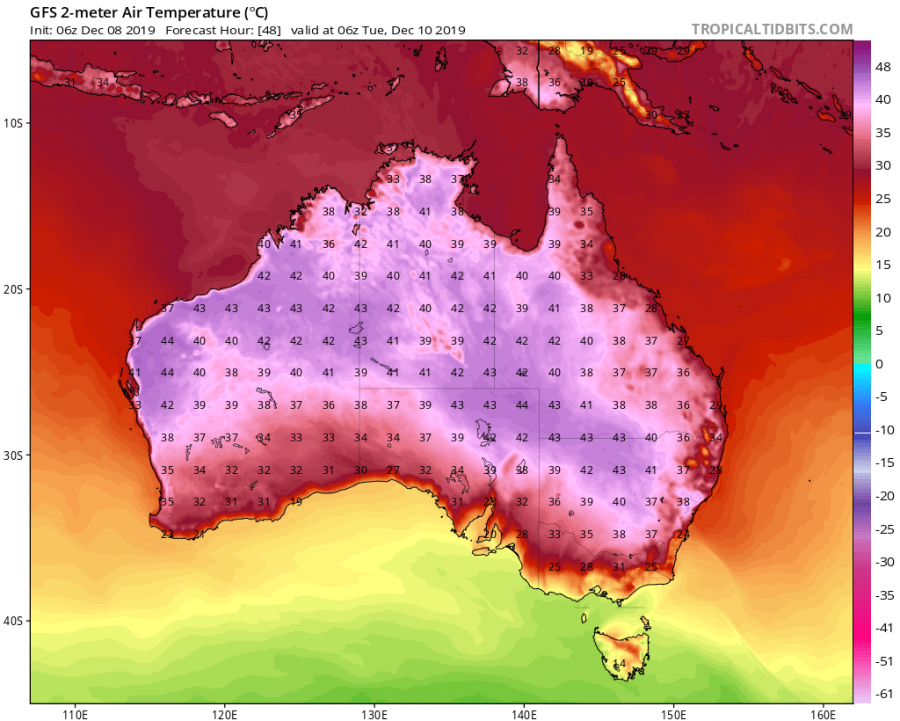 Past months have also been very dry and hot across large parts of Australia, mainly caused by the record strong positive IOD event in the Indian Ocean. Hot and dry weather also means more severe bushfire season, which is currently already among the top 3 most severe on known records. Millions of hectares of plants and bushland have burned, and thousands of wild animals have lost their lives in the deadly fires. With the current heatwaves “outbreak”, fire conditions can get more severe.

Australia has always been known as the sunburnt country, now we are the country that is on fire 🔥. Millions of hectares of bush land lost, thousands of native animals dead or homeless, more than 700 homes destroyed & 6 people confirmed dead #AUSTRALIANBUSHFIRES pic.twitter.com/31c1qNGrIE

A high-pressure system will move over the continent, transporting the hot airmass down from the north, combined with the daily solar heating. In about 10 days time, a near-identical situation will develop, with a high-pressure system moving over, this time with an even hotter airmass and stronger solar output. 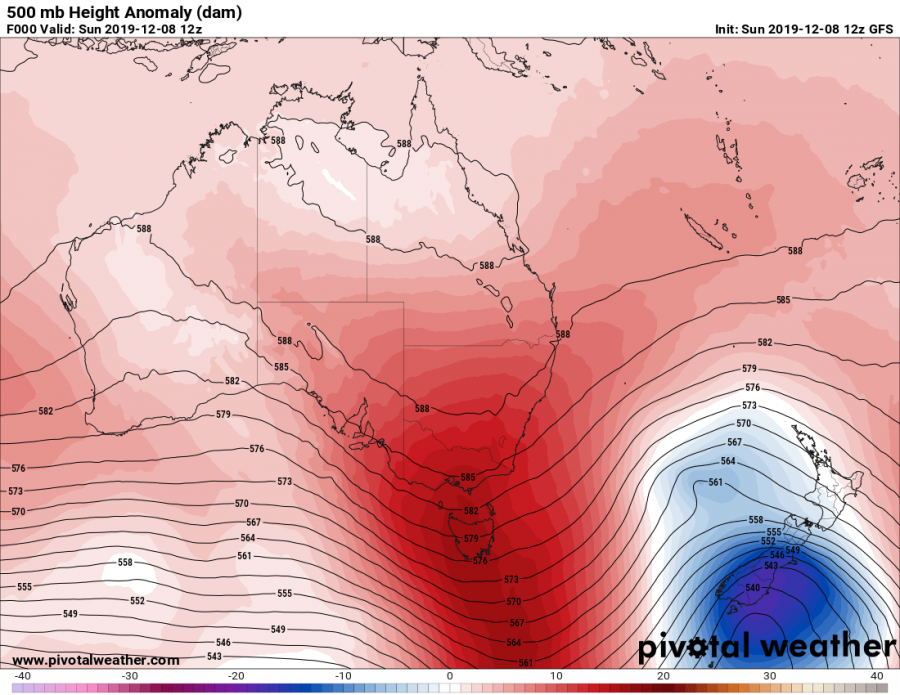 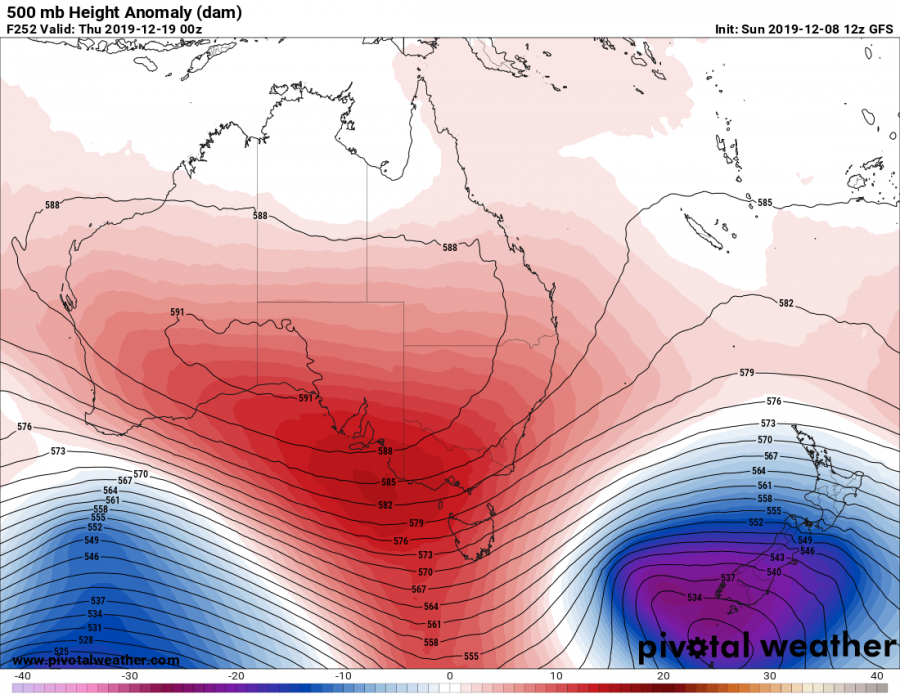 Temperatures are expected to rise well above 40°C, and in a lot of places even above 45°C! Total precipitation and moisture will also be very low, which will increase the potential for further fire events. 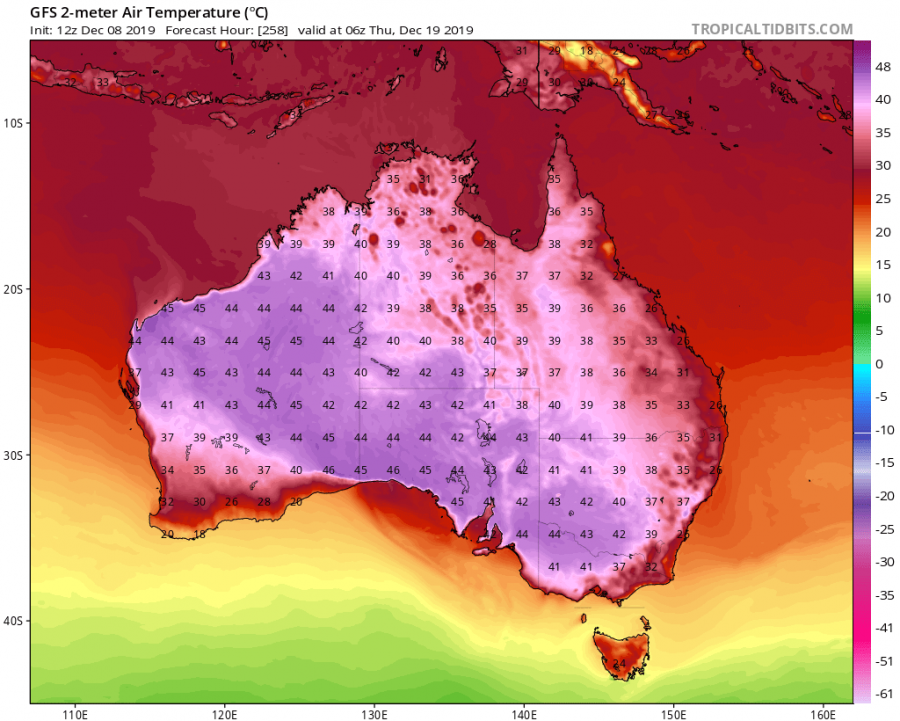 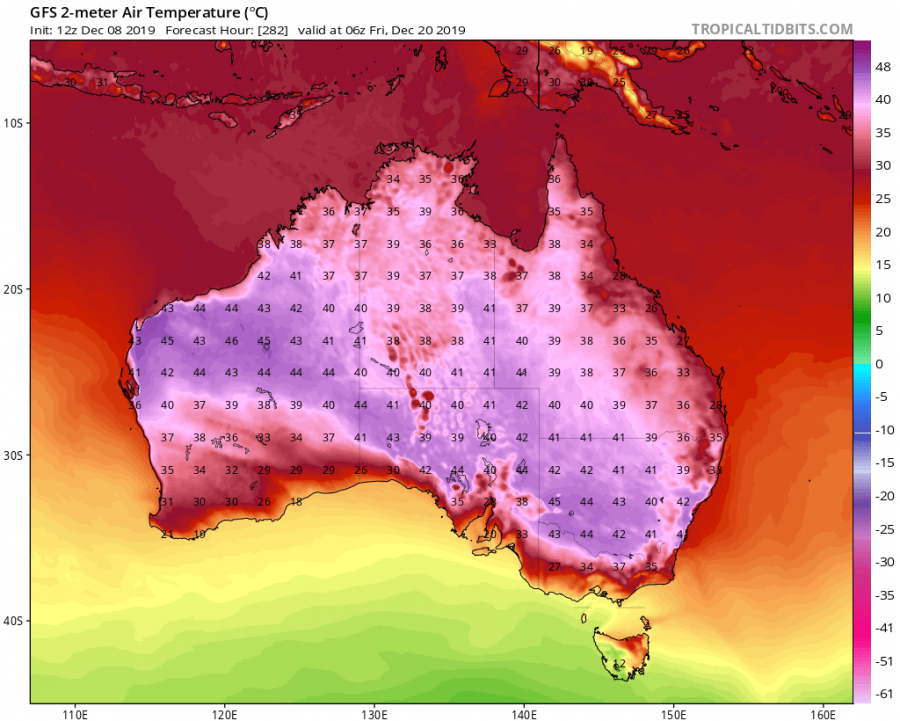 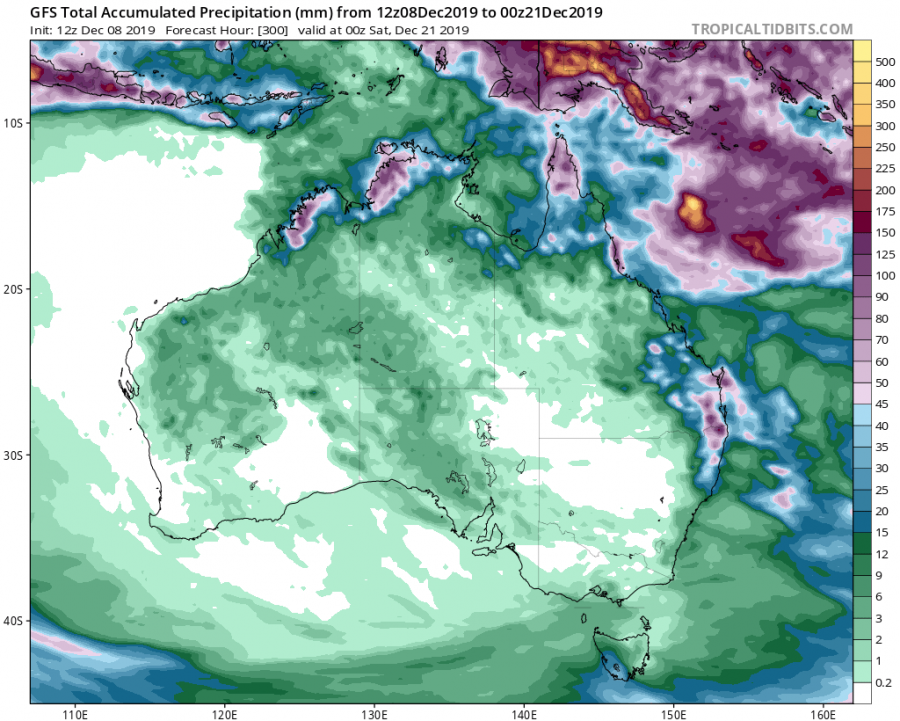 Temperatures will be well above normal for this time of year, in some places up to 20°C above the long term average. Ensemble graph forecast for south/east parts also supports the deterministic model forecast and shows both the first heatwave and the stronger second one in 10 days time. 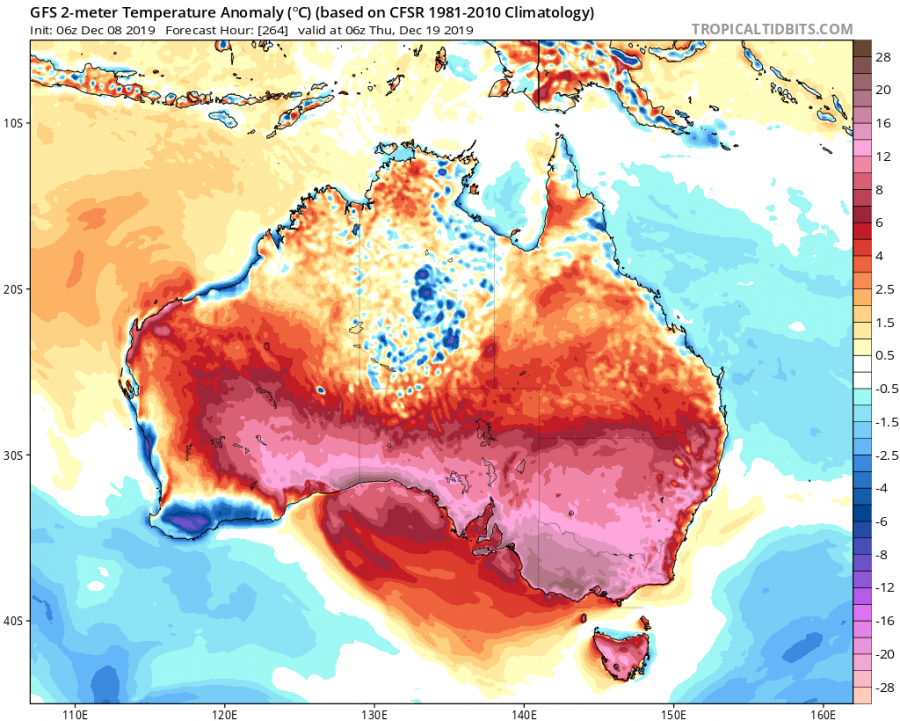 We will keep you updated on any important further development. While you wait for more updates, don’t miss a severe event today at White Island, New Zealand, where an explosive volcanic eruption occurred, while 50 tourists were at the crater. 5 people are reported deceased, with over 40 still missing!