While the North Atlantic becomes much more active with deep cyclones this weekend, large troughs also push into the western parts of Europe. This weekend’s setup will develop two potentially dangerous cyclones traveling across western Europe. The first cyclone / wave with tight pressure gradient develops west of Ireland tomorrow morning, Sunday, Dec 8th while another one develops north of Scotland on Monday morning and travels across the western parts of the North Sea towards NW Germany through Monday. Dangerous severe to extremely severe winds are locally expected!

A large trough over the North Atlantic significantly deepens tonight and drifts further ESE towards the North Sea and western Scandinavia. At the surface, a broad deep cyclone with several embedded secondary lows continues deepening to near or even below 950 mbar while spreading across the UK, Ireland and the North Sea. 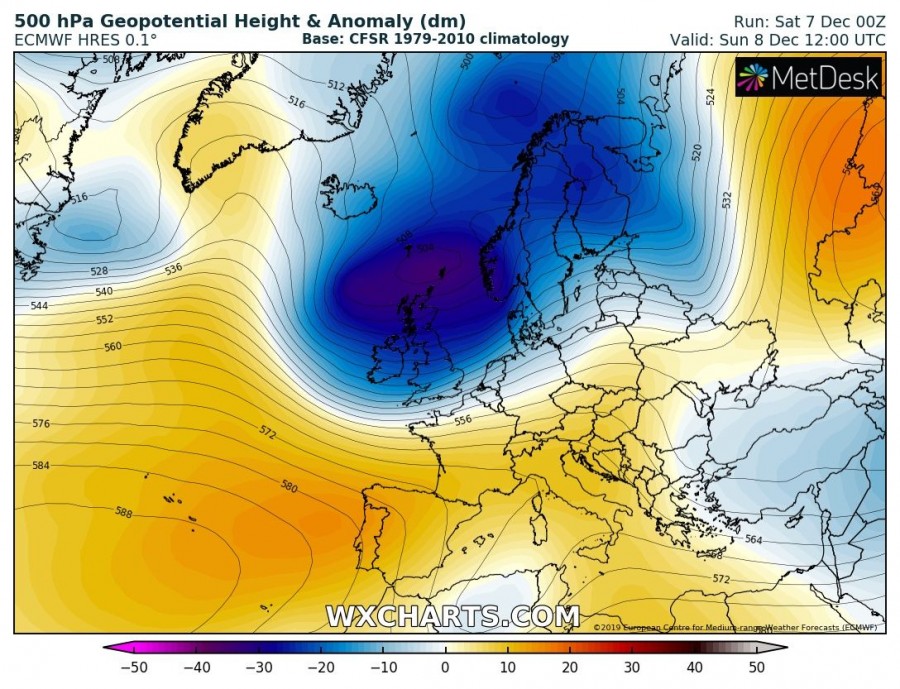 The first cyclone will be traveling across Ireland towards SW England and Wales with its intense wind field. The peak gusts are expected to exceed 130 km/h, especially across the SW Ireland on Sunday afternoon and evening hours. Severe winds will spread towards Wales and SW England overnight. Overnight to Monday, another deep core develops north of Scotland and moves across the North Sea while weakening, but a broad severe winds maximum will remain on its western side. 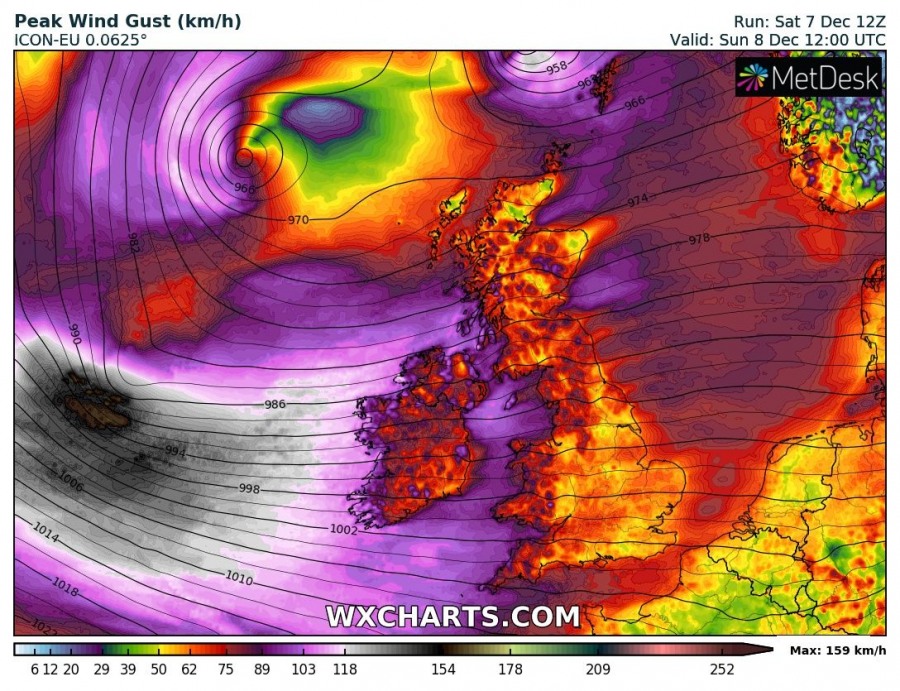 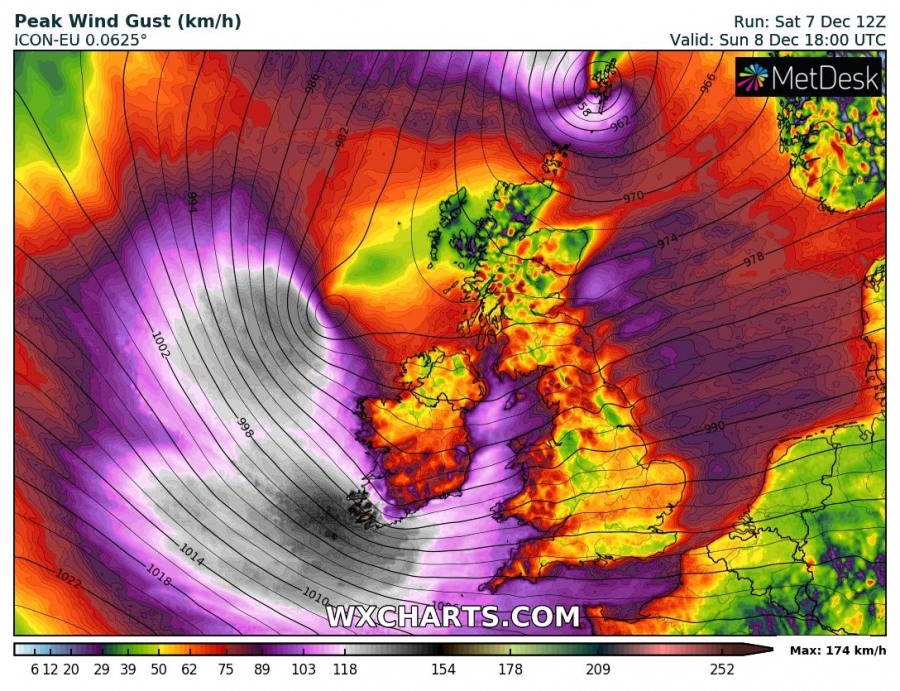 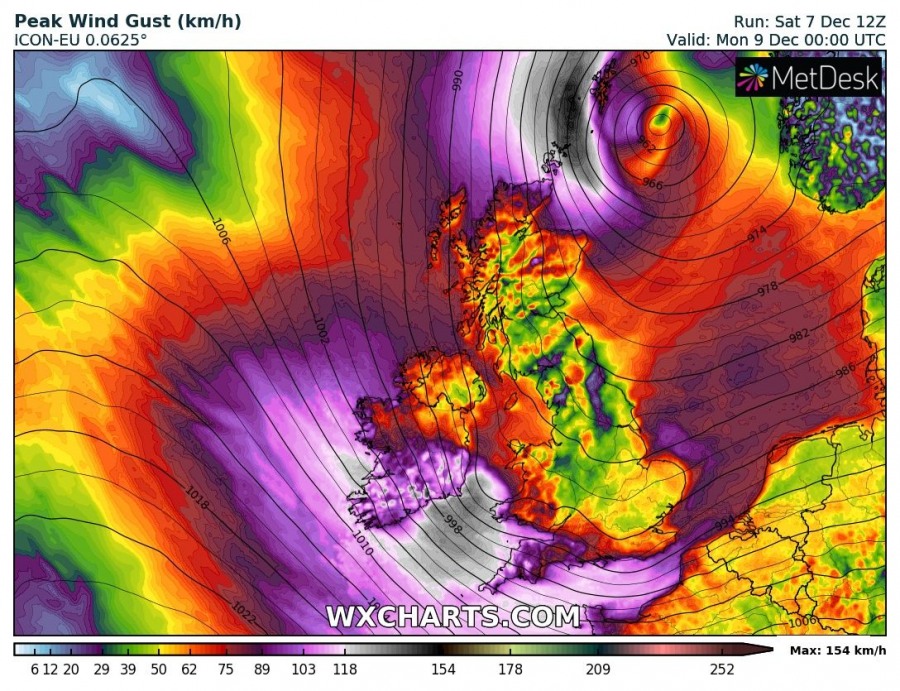 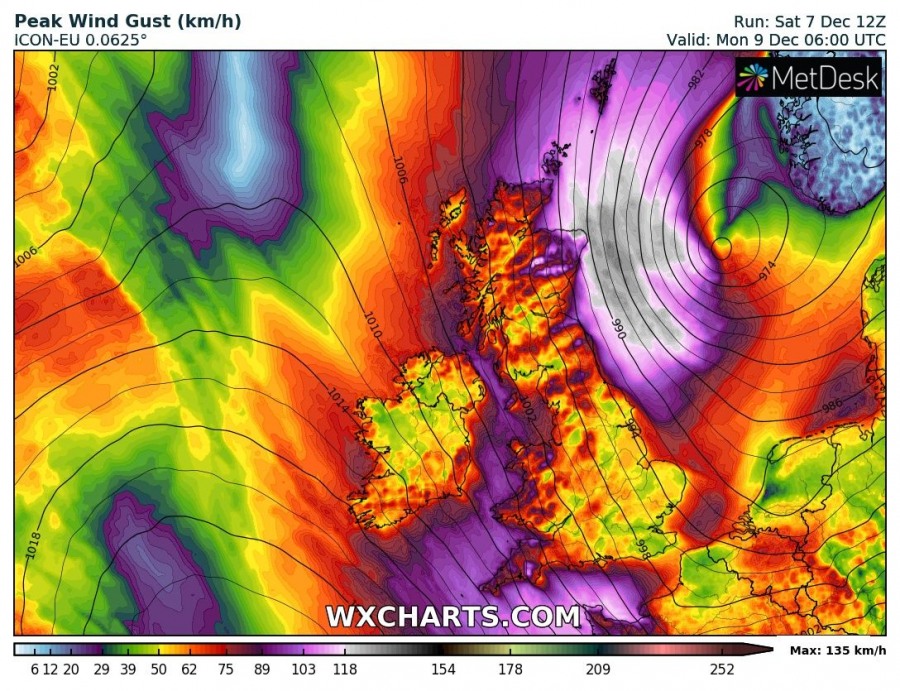 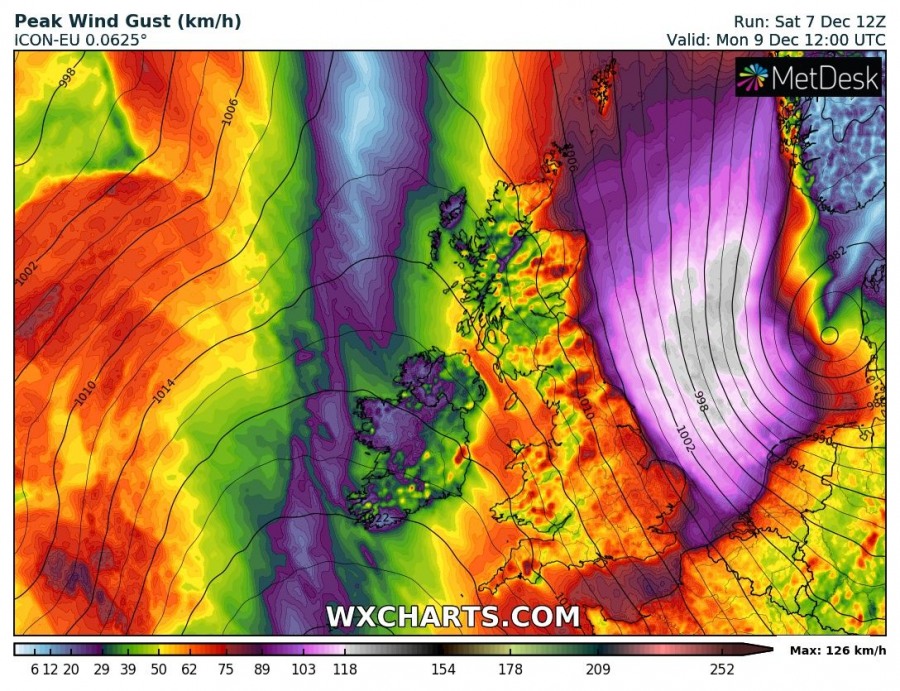 Peak wind gusts will locally reach extremely severe threshold and exceed 120 km/h, especially across the WSW parts of Ireland and possibly also across the NE parts of Scotland where the wind maximums will develop with both cyclones. Nevertheless, widespread severe to locally extremely severe winds are expected across western Europe, bringing unsettled conditions into England, Wales, Ireland, Scotland and the coastal SW Norway, NW Germany, N Netherlands and NNW France. Peak gusts should reach 90-130 km/h in many areas. 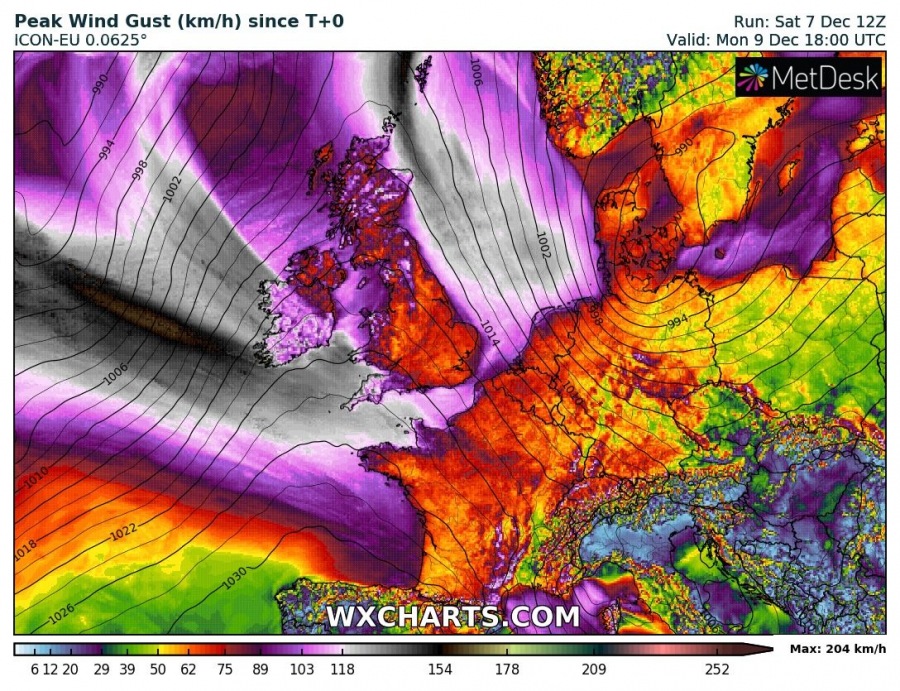 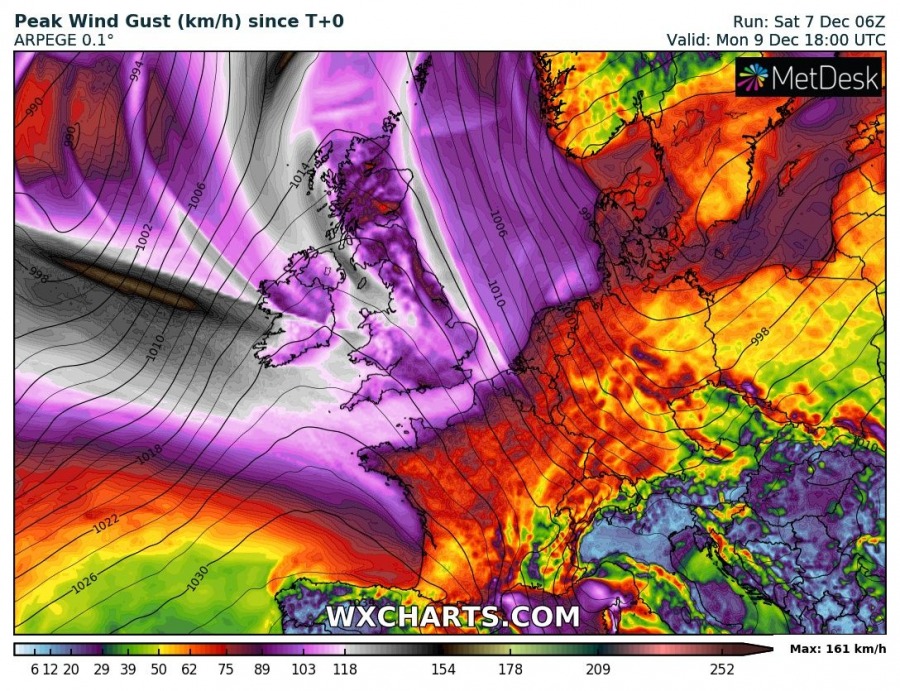 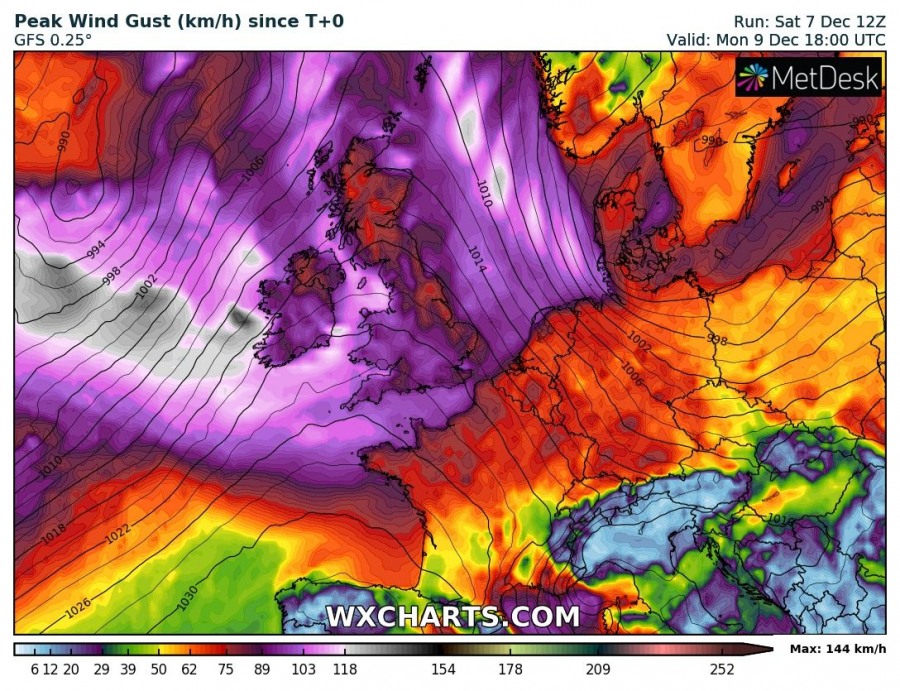 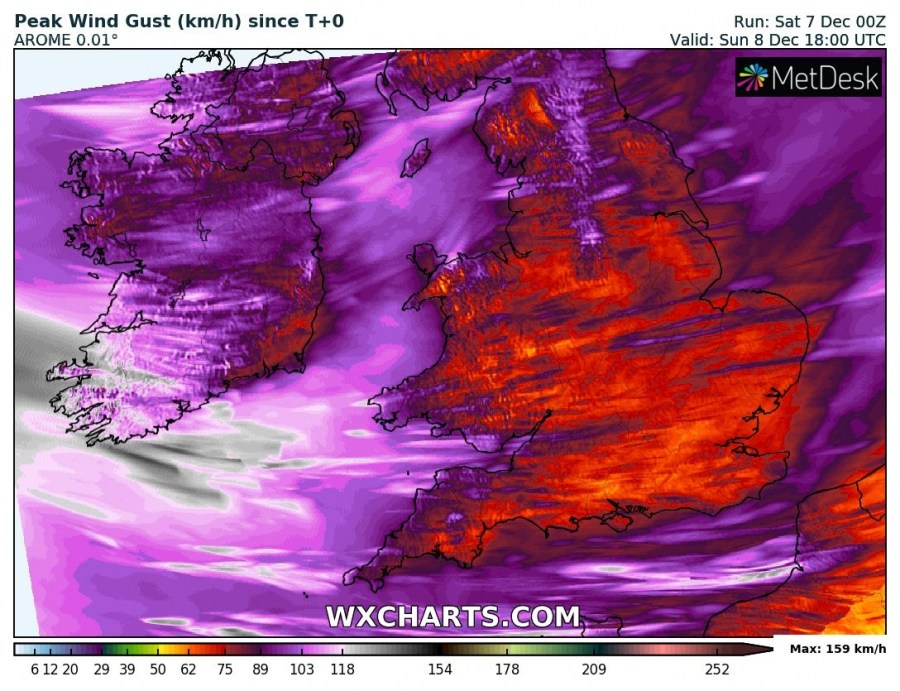 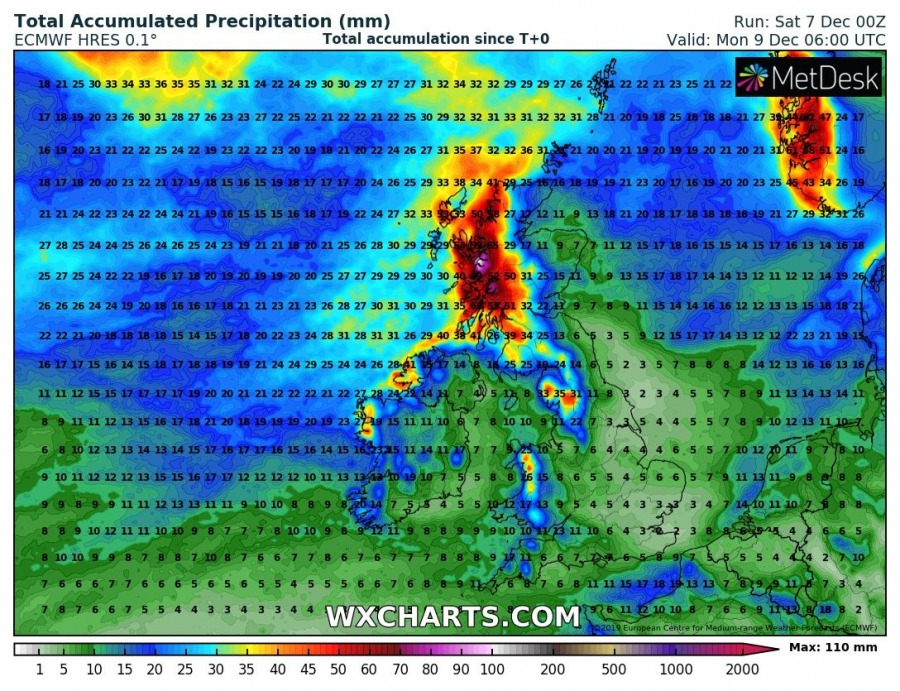 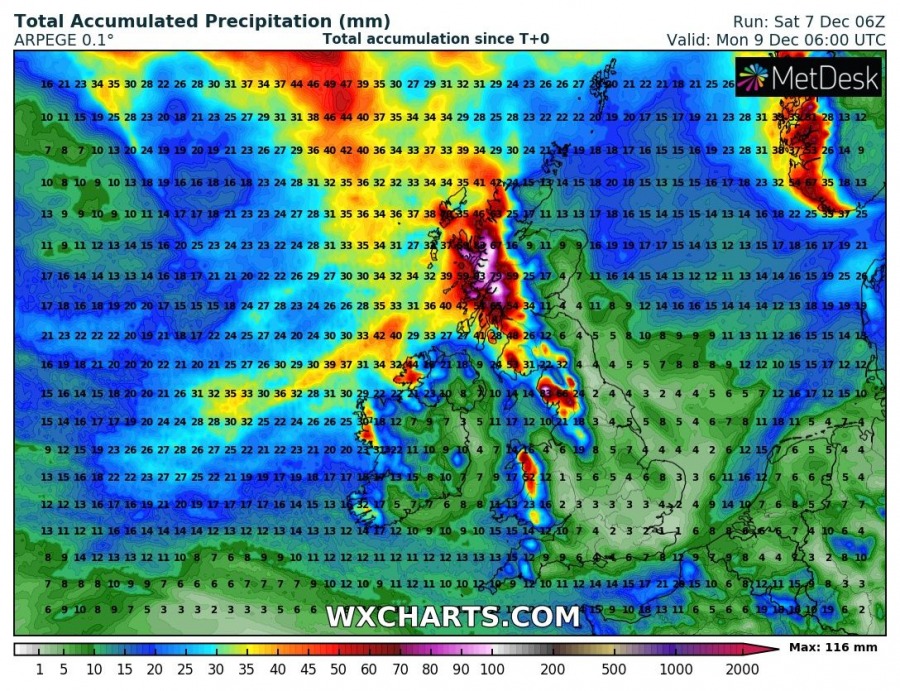 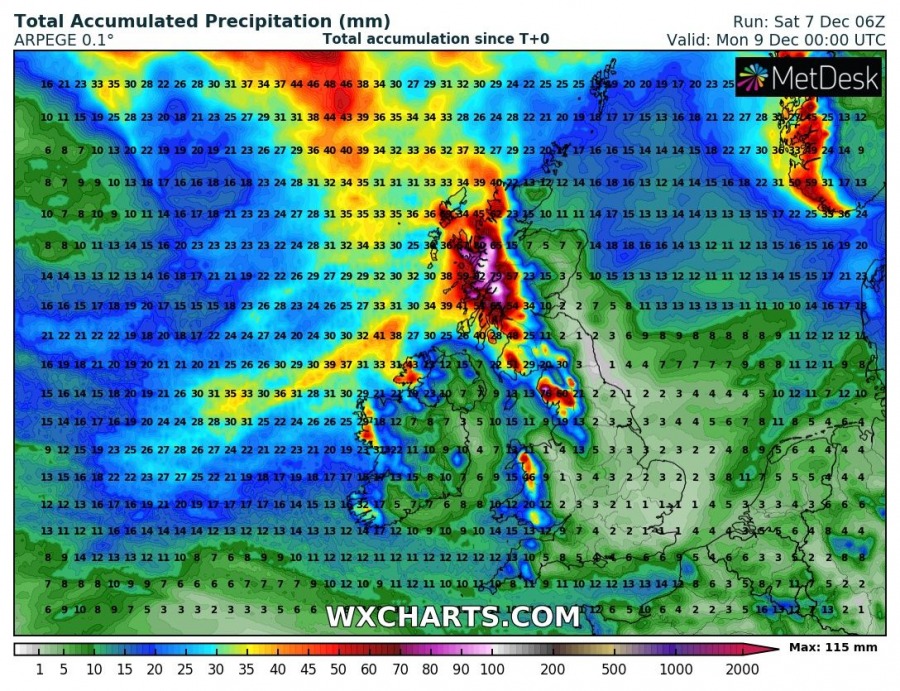 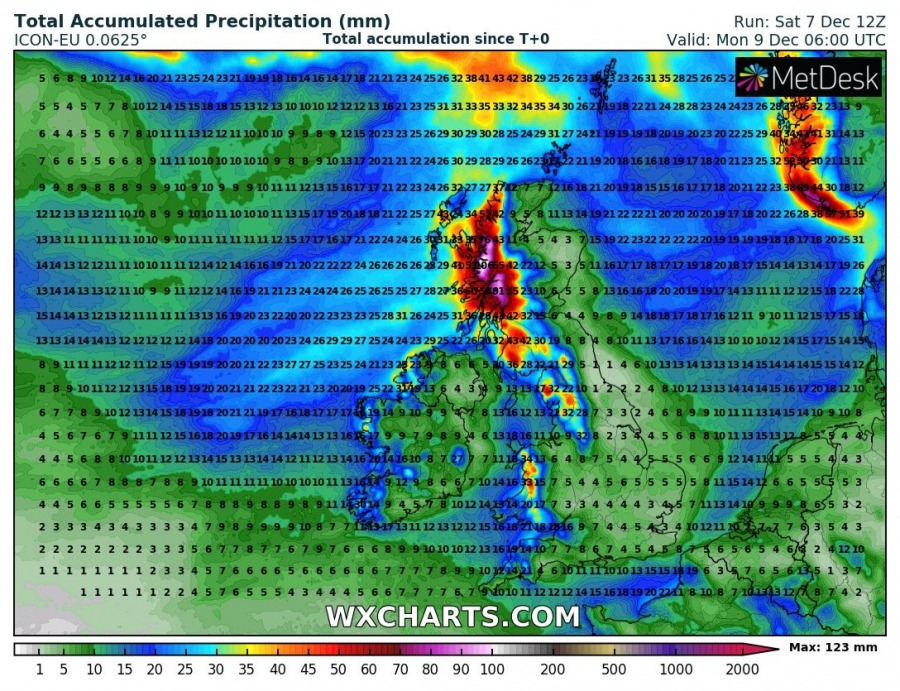 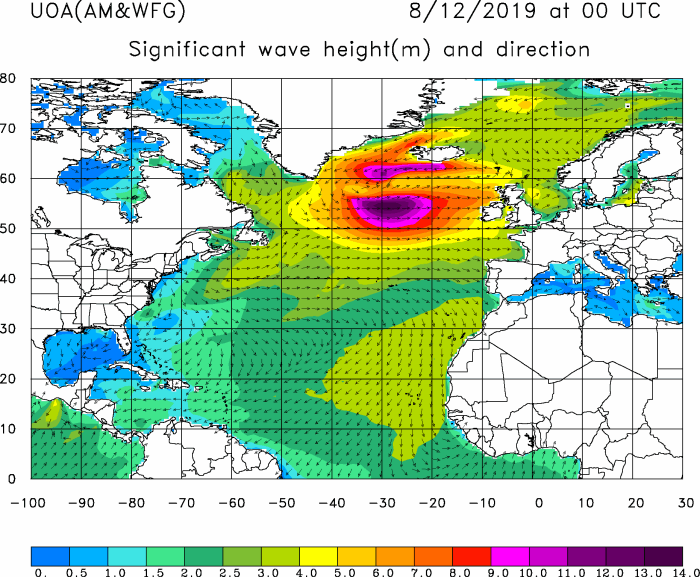 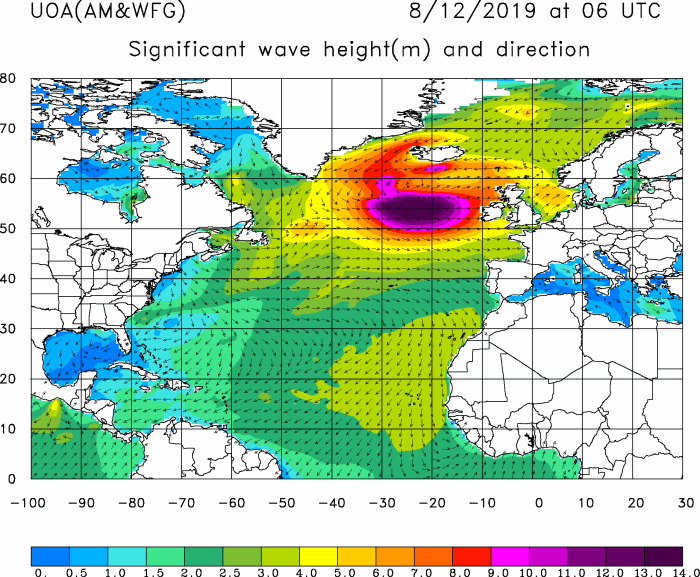 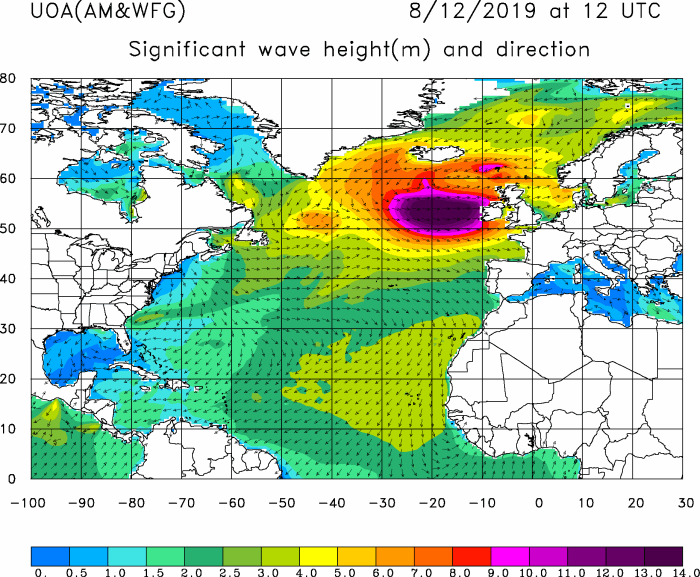 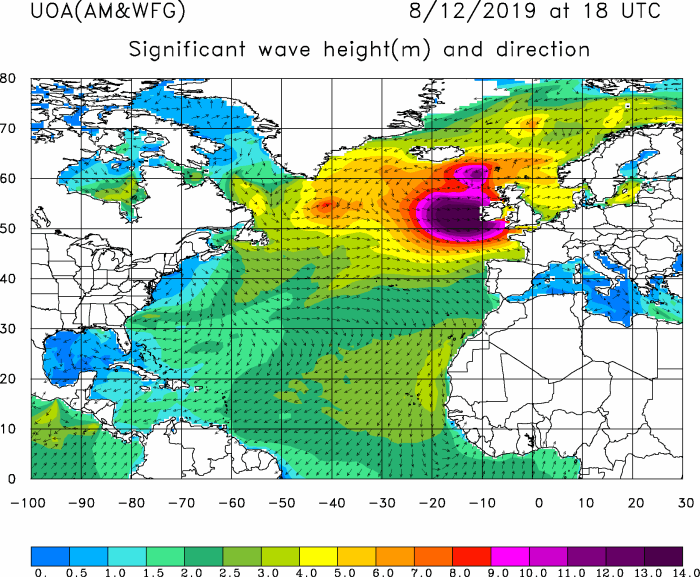 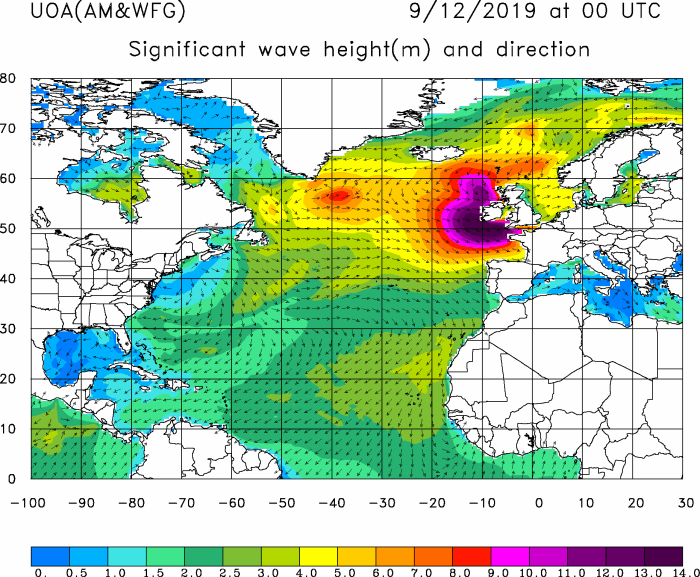 WW3 model animation of significant wave height across the North Atlantic this weekend:

See also – windstorm is a result of a very impressive cyclone which formed over the North Atlantic on Saturday, Dec 7th: