There is no break in the dynamic pattern even across the North Pacific, cyclones are forming over and over again. Yet another, this time a very intense cyclone, will form on Tuesday and turn into the Gulf of Alaska, significantly intensify and make a dangerous impact into the state of Alaska on Wednesday. Cyclone delivers a broad windstorm across the Gulf and into the coastal areas, as well as high waves and lots of snow across south and southeast Alaska! 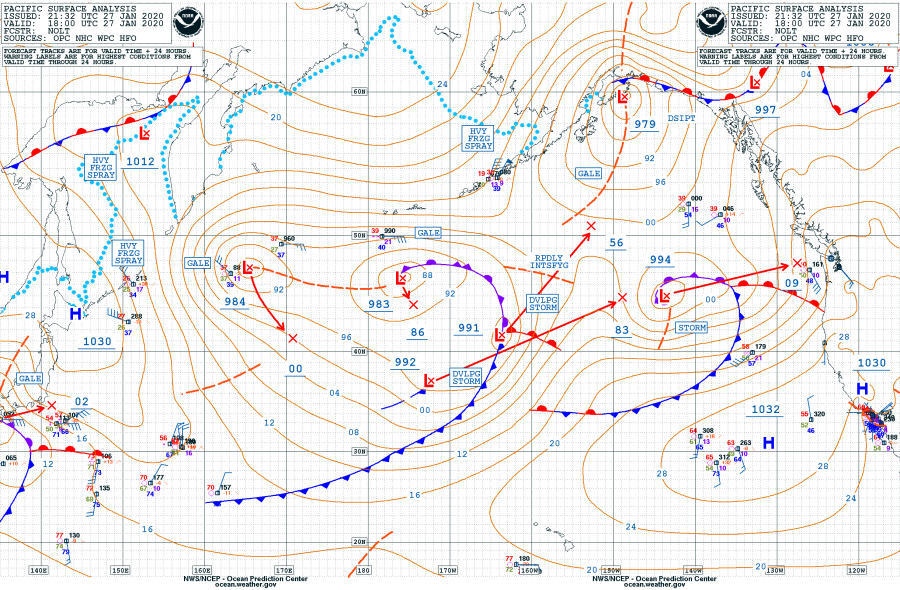 This extra-tropical cyclone forms under a deep upper-level trough sitting over Alaska while its southern part intensifies when a second deep upper wave slides in from the west. Both troughs collide over the far North Pacific. This results in a significant deepening of the large trough then, also expanding its size. An associated surface low literally explodes beneath! 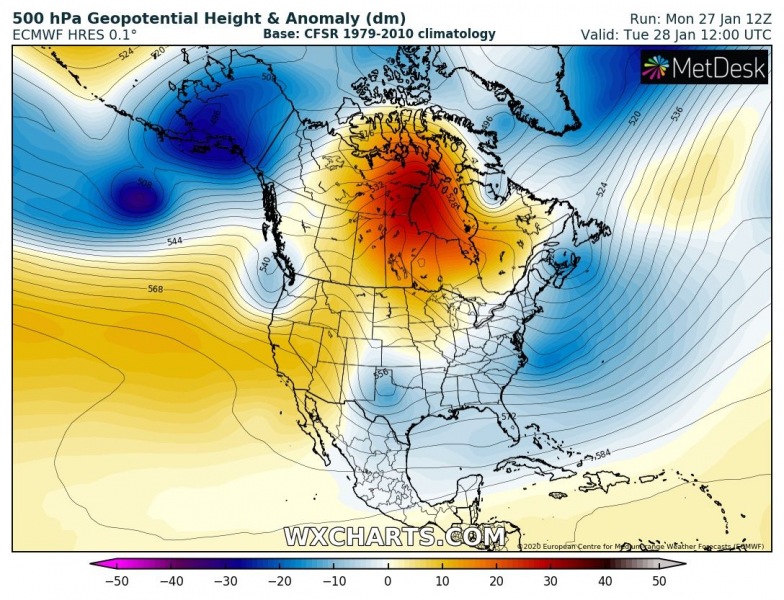 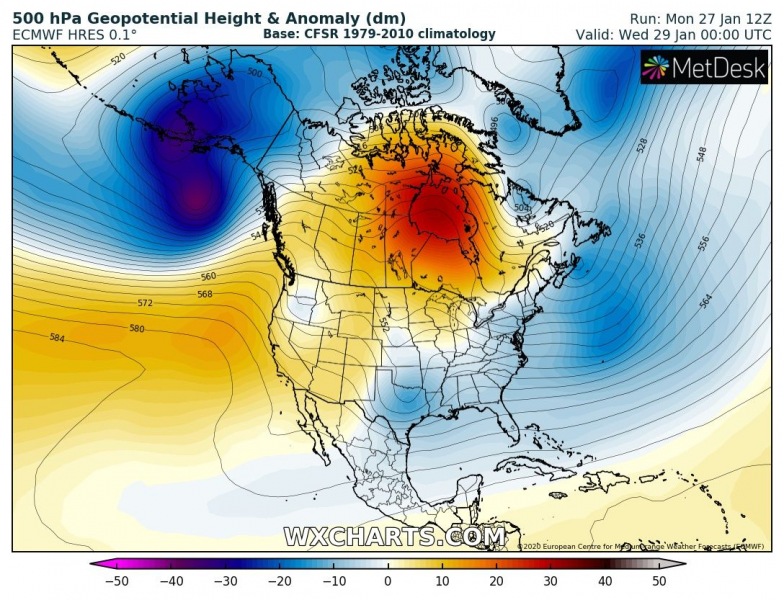 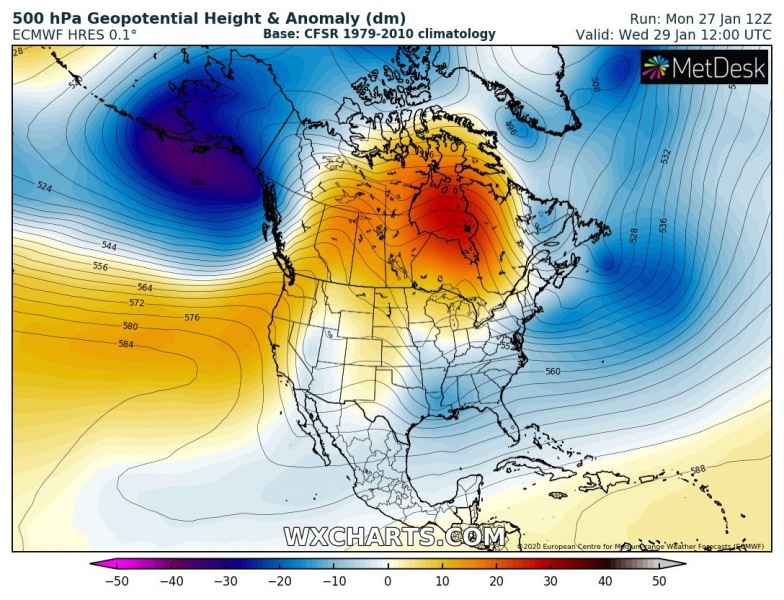 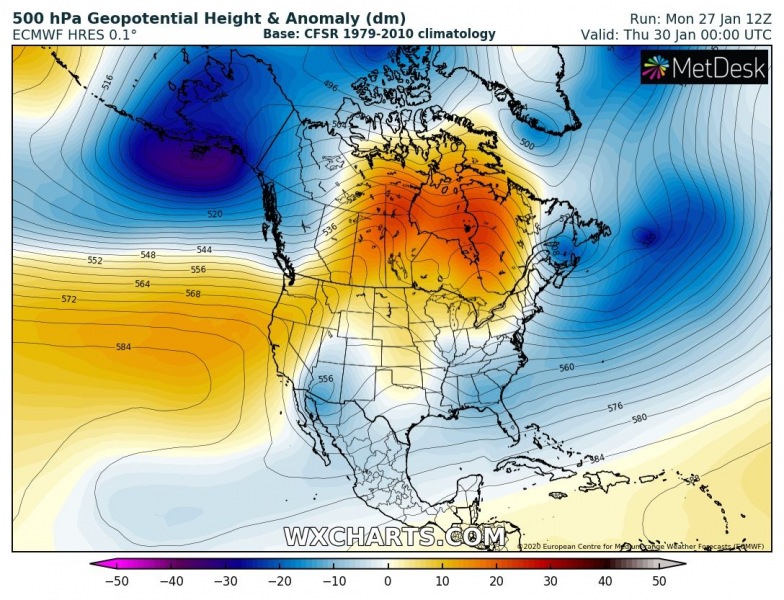 The associated surface cyclone forms over the North Pacific on Tuesday, soon goes into rapid intensification process and significantly deepens below 960 mbar. It then turns north into the Gulf of Alaska and continues deepening into the low 950s, possibly even lower. It peaks very close to the coastal areas through late Wednesday and goes inland. 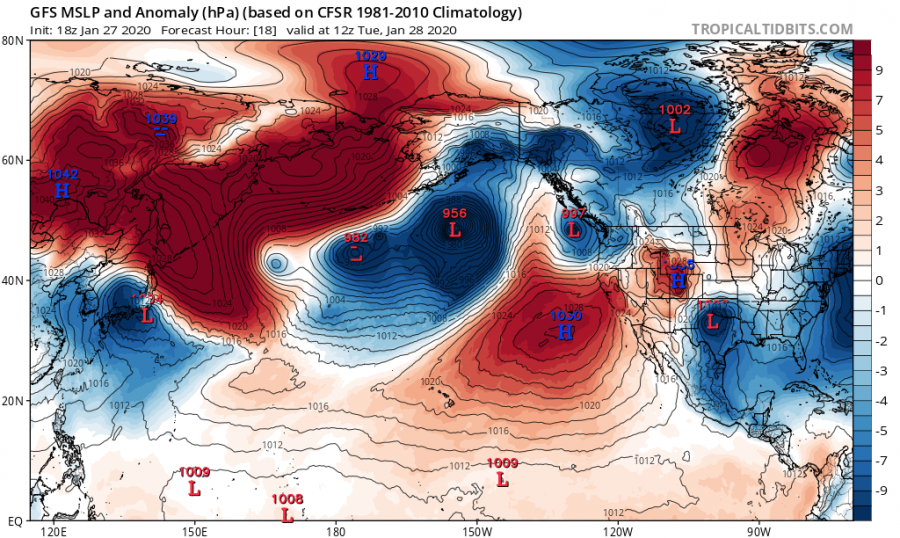 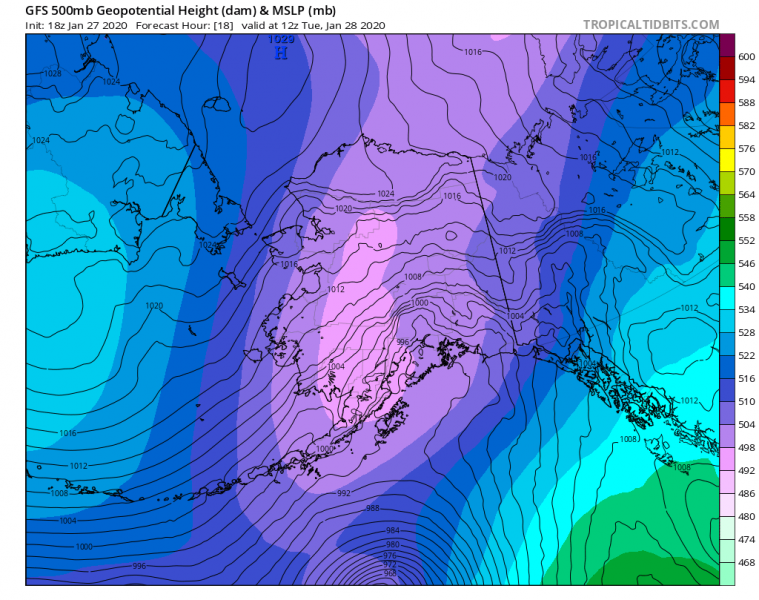 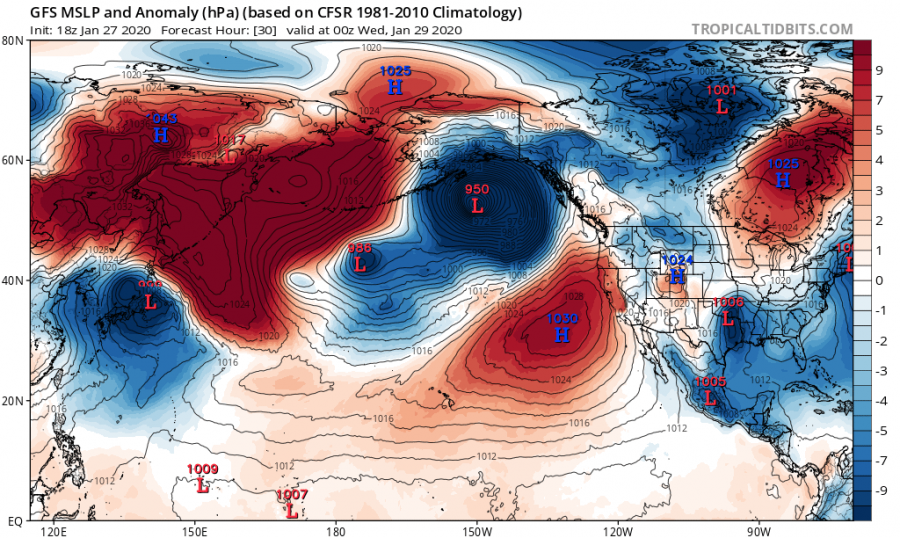 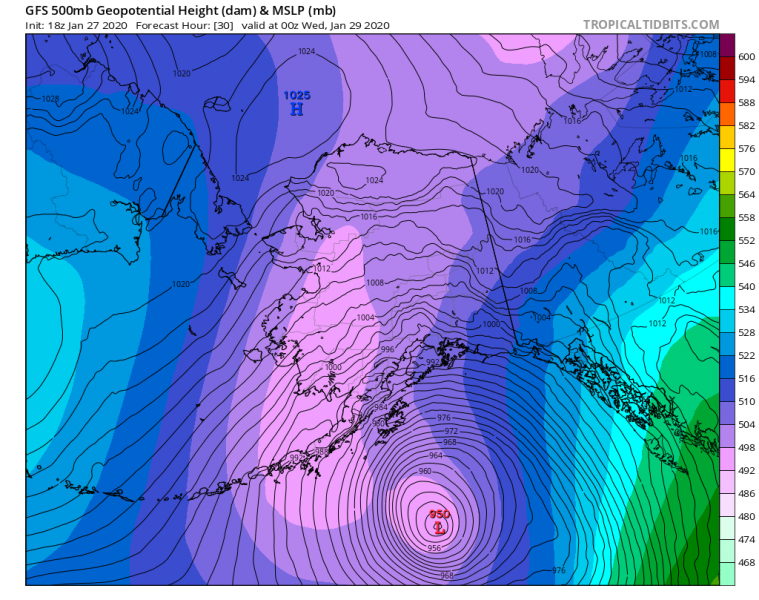 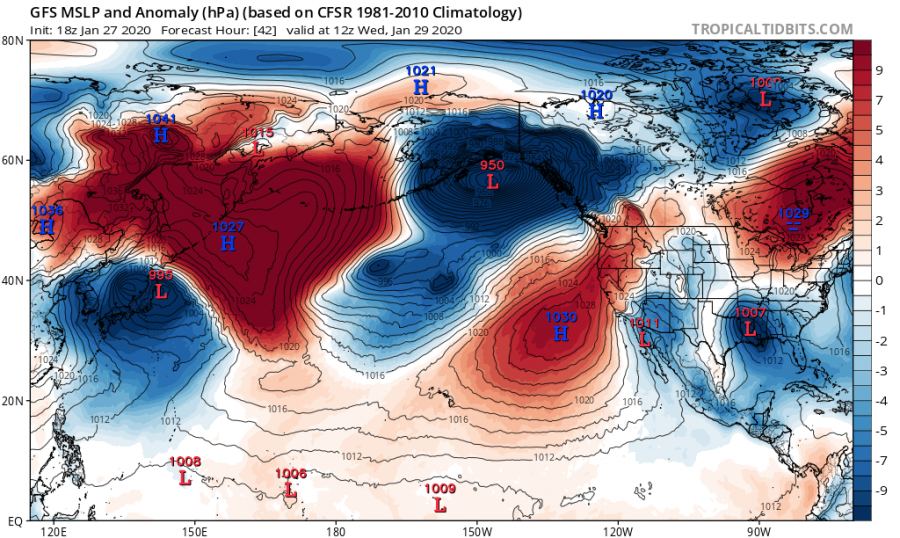 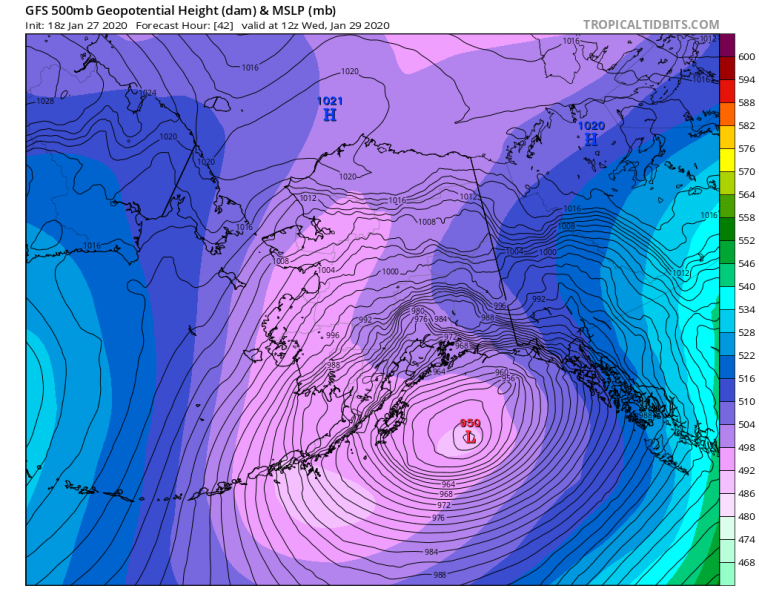 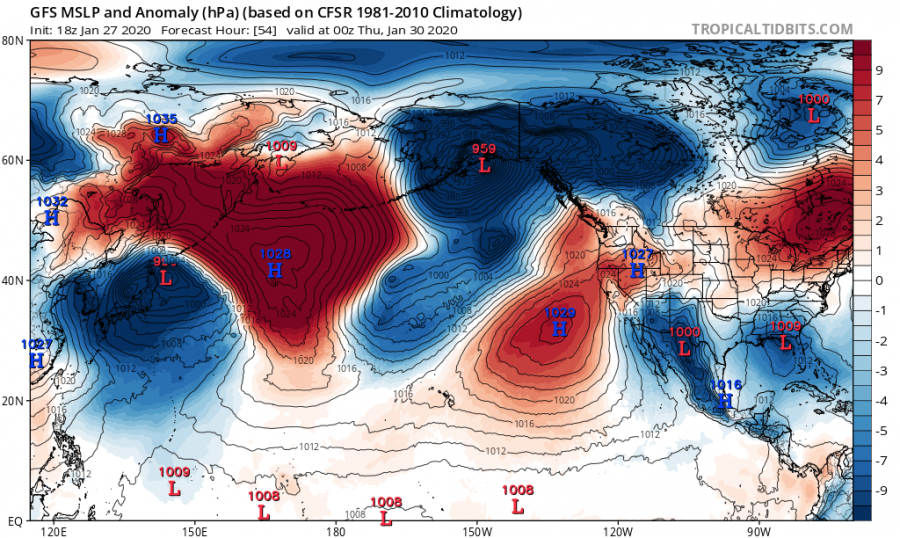 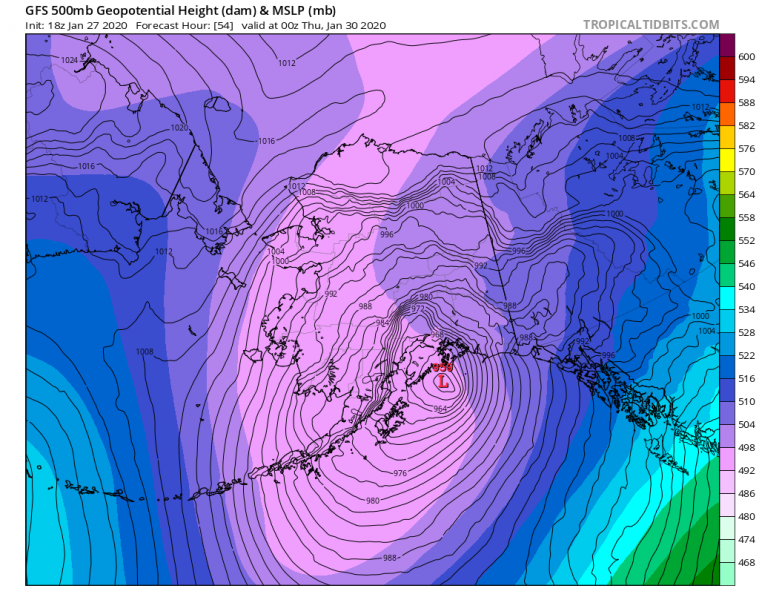 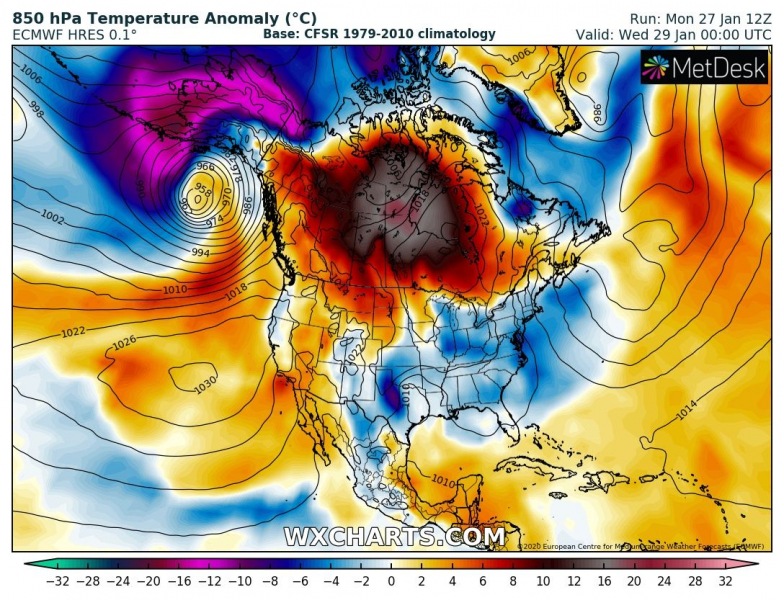 Here is a close-up view of the system while it approaches the Gulf of Alaska during its rapid intensification phase. Cyclone deepens below 960 mbar already on late Tuesday morning and continues intensifying while drifting north overnight to Wednesday and making ‘the landfall’ with its center in southwest Alaska on Wednesday afternoon local time. Powerful windstorm smashes into southeast Alaska! 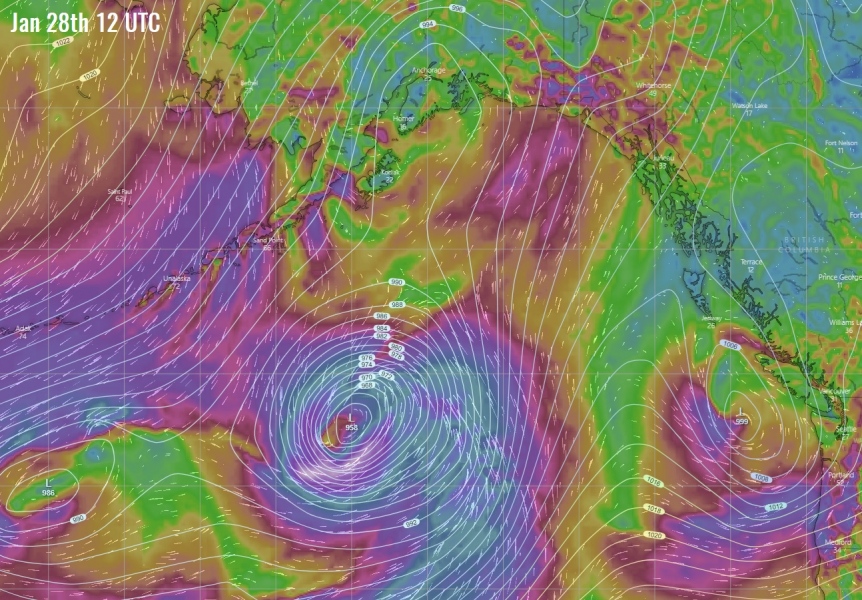 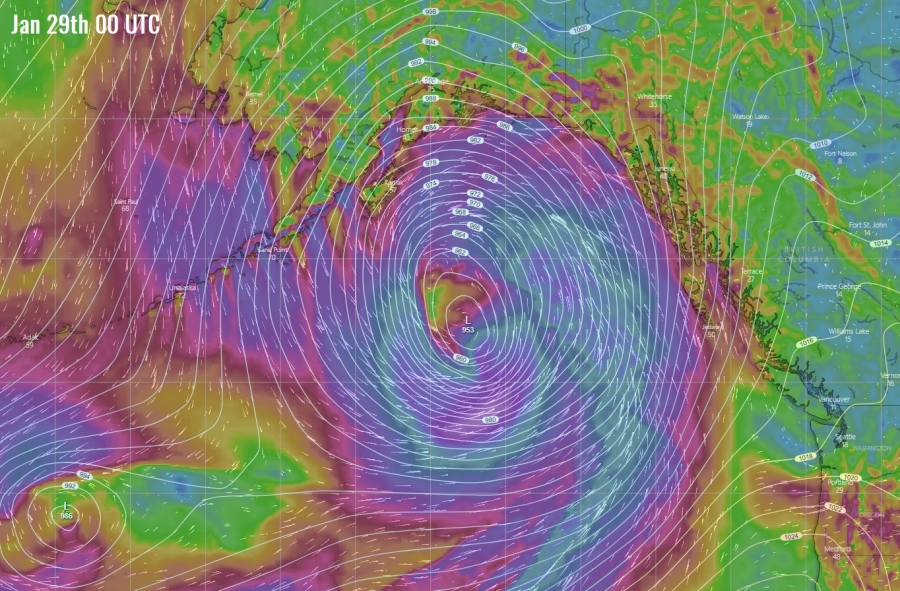 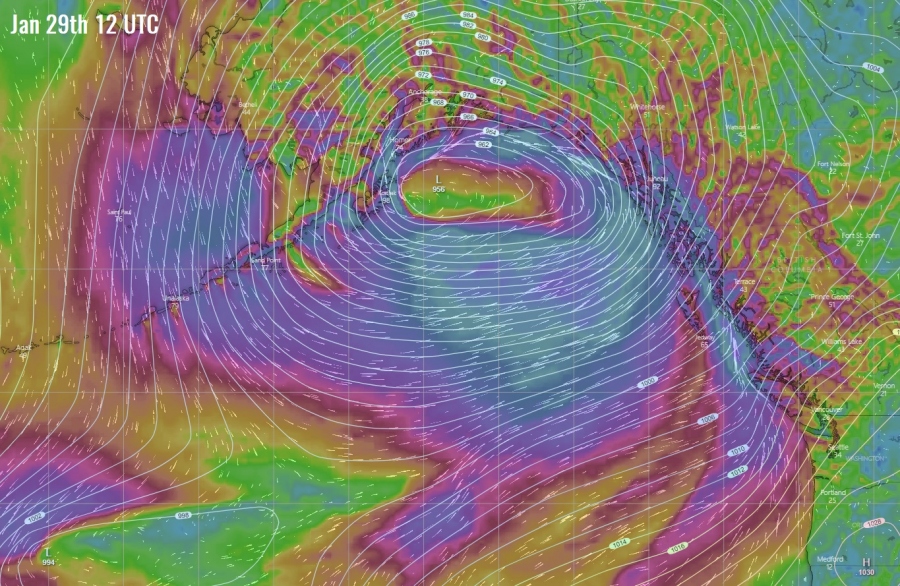 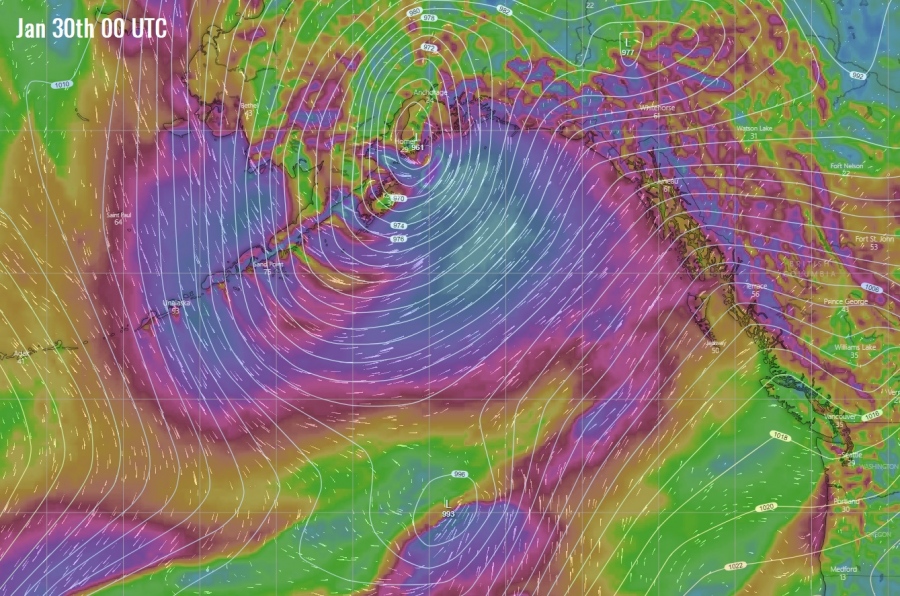 A broad wind field is expected as cyclone will be quite large, delivering severe winds also into the coastal areas. And indeed significant wave heights and high swell, 25-30 ft waves are possible. 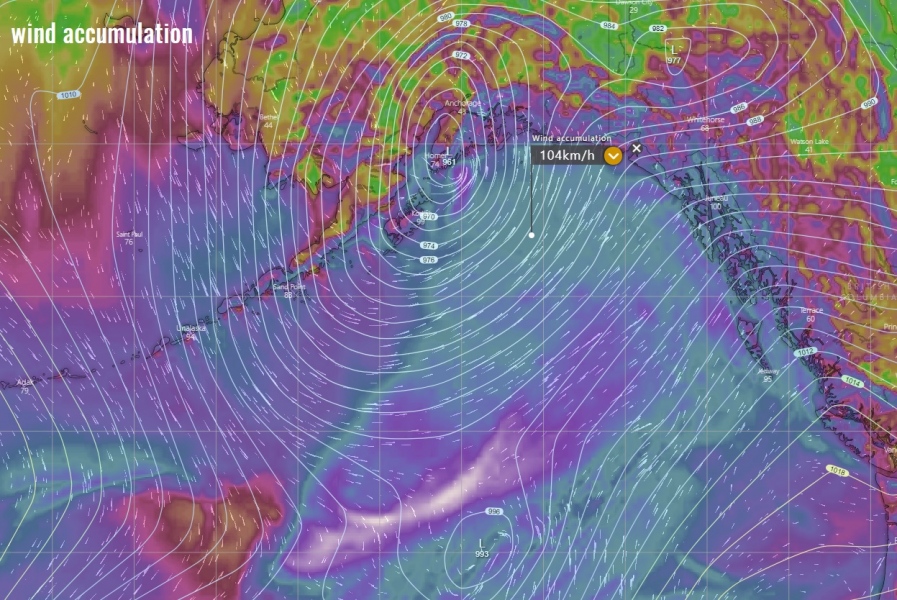 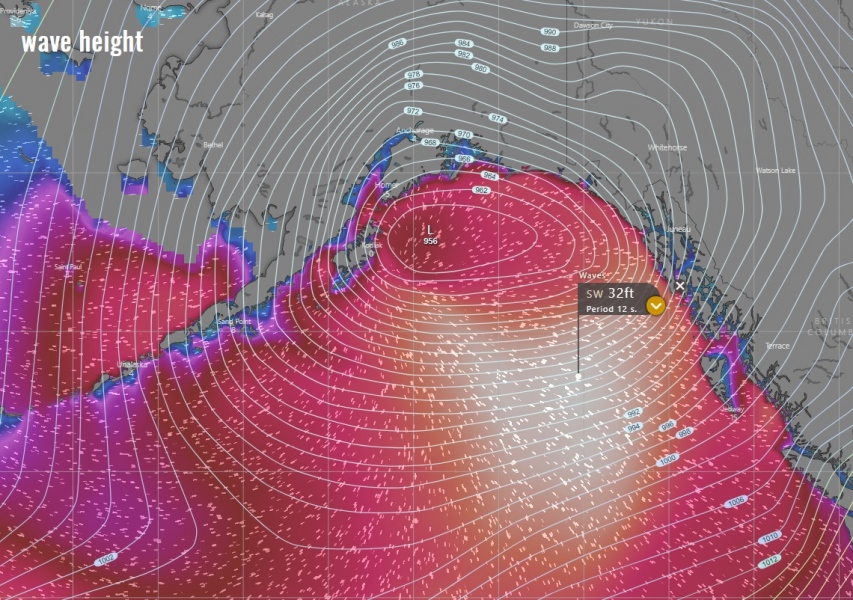 A lot of snow is also expected along the coastal areas across south and southeast Alaska, locally even more than 3 feet (100 cm) of fresh snow is possible until Thursday! 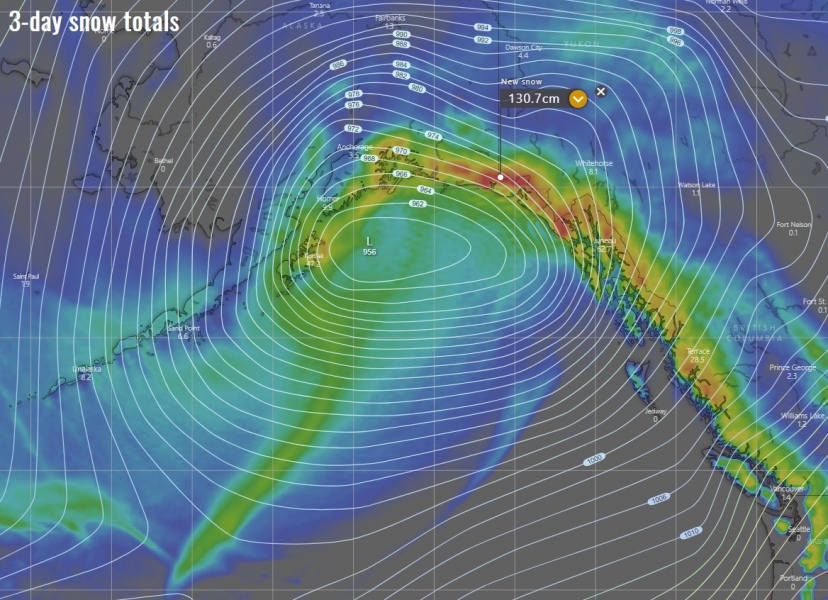 We are closely monitoring the evolution of this dangerous cyclone – stay tuned for updates through late Tuesday! It is quite likely we will be seeing another spectacular satellite presentation of the deep low in the North Pacific.