While we are waiting for the North Atlantic to activate soon again, North Pacific is on roll. Just a day after twins – the tandem of two cyclones ongoing, a new explosive development of an extra-tropical cyclone took place just south of the Kamchatka Peninsula. Cyclone is in rapid intensification now and satellite imagery is impressive! The storm will bring hurricane-force winds into the westernmost islands of the Aleutian Islands tonight and tomorrow while the cyclone will be retrograding northwestwards until Friday.

Again, a spectacular satellite presentation is seen in different channels with a textbook dry intrusion wrapping around the core. Arctic cold airmass is seen advecting on its wake from northeast Russia. This system is the 3rd in a row after the twins – two cyclones simultaneously ongoing in the past days, to its east there are still remnants of the tandem. 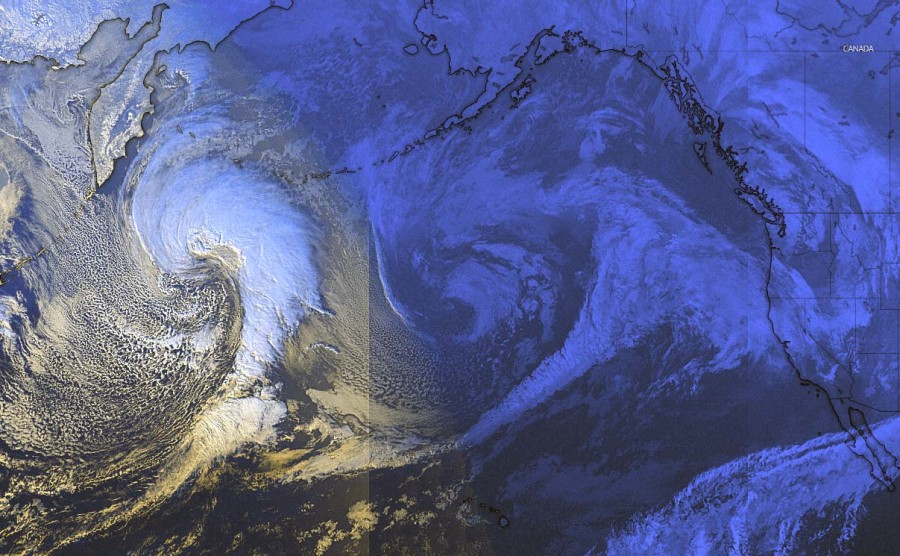 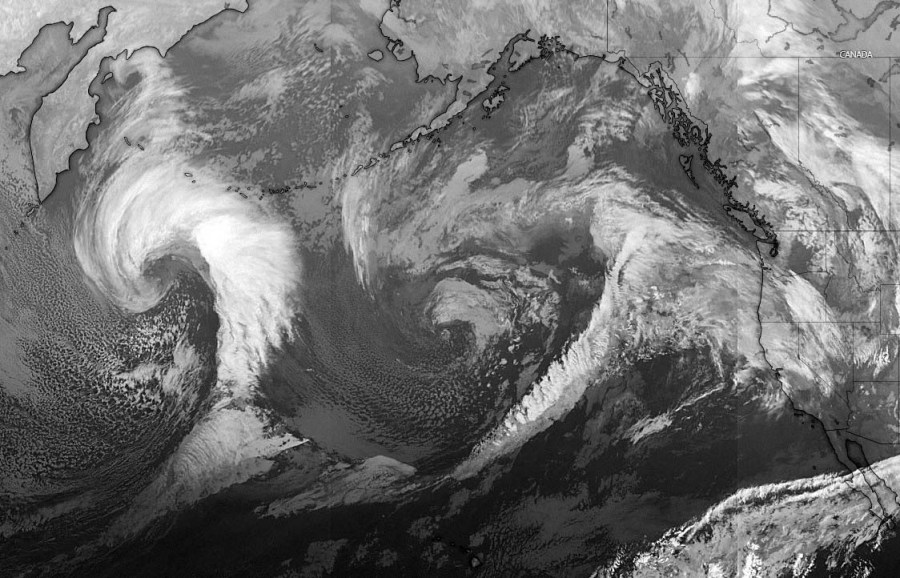 Zoomed-in view of this spectacular cyclone, perfect shape and behavior! 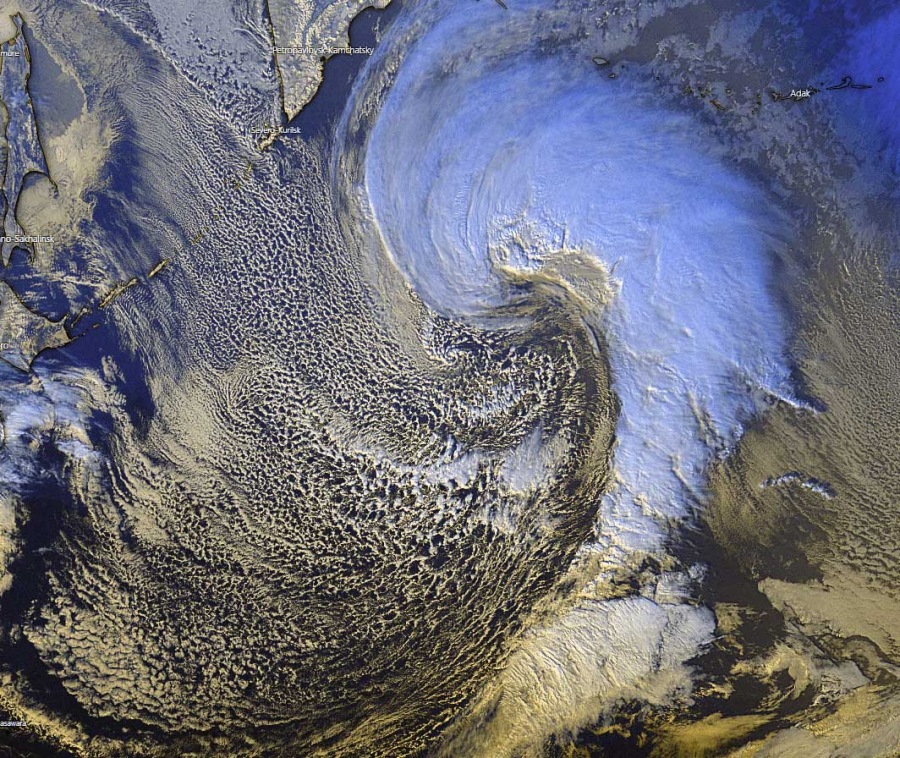 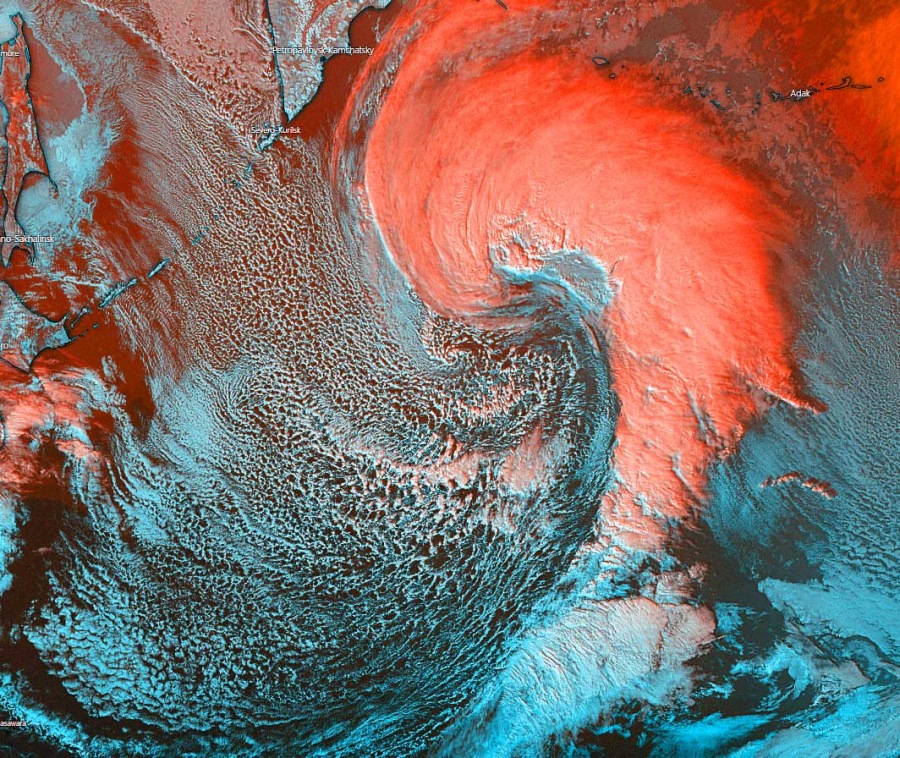 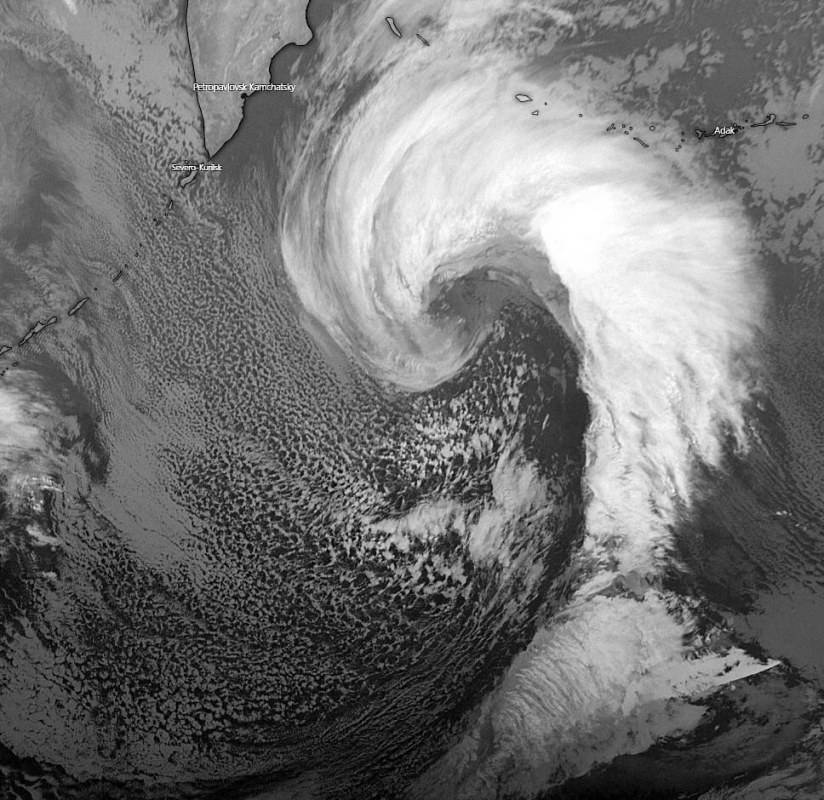 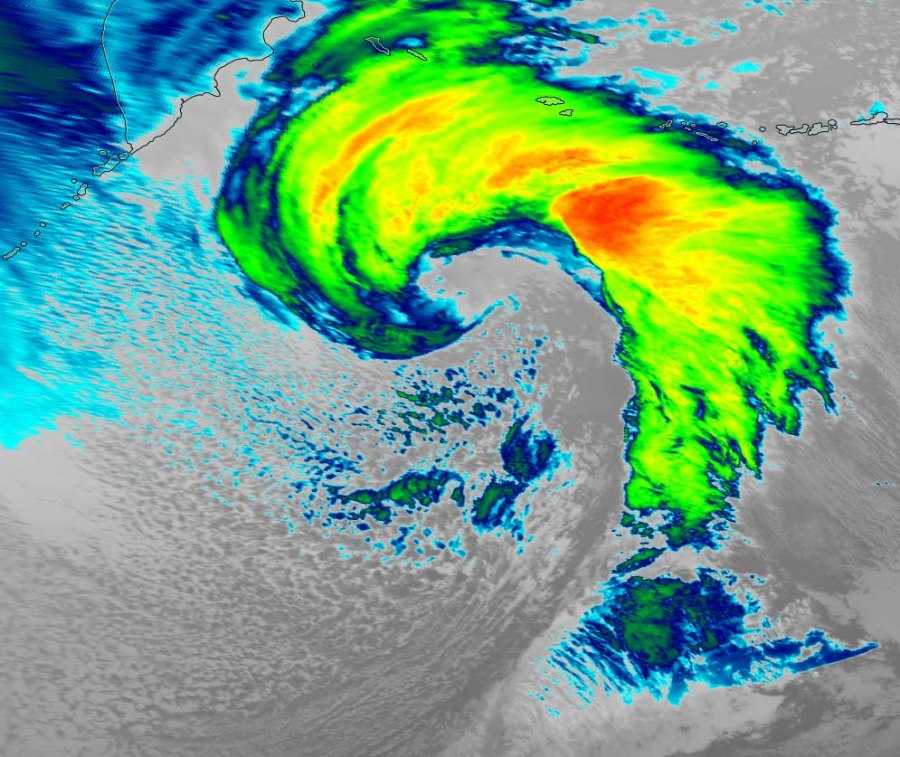 Morning analysis reveals both cyclones had below 980 mbar, while the main (western) cyclone was still in rapidly deepening phase and its central pressure will push much lower, below 960 mbar tonight. 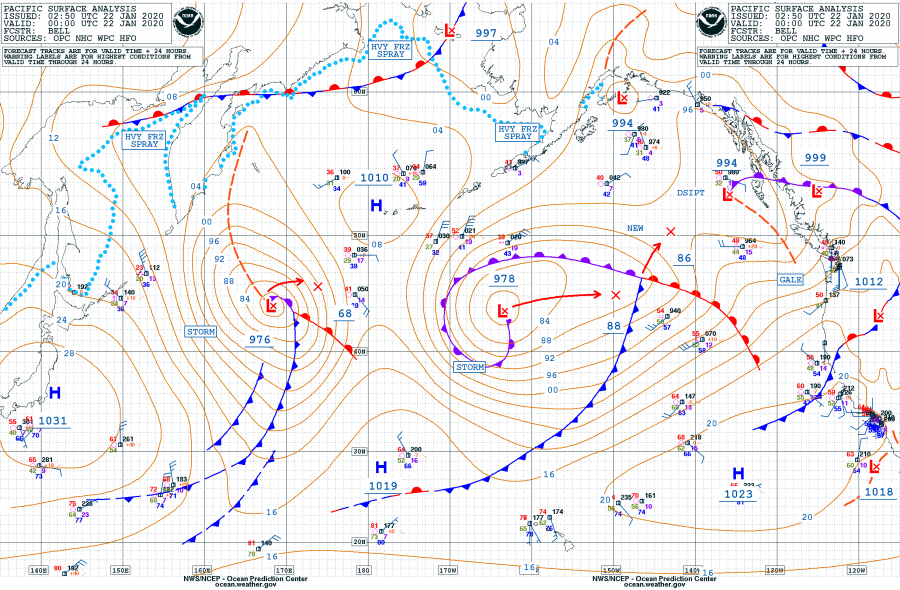 The extra-tropical cyclone is expected to continue moving towards east-northeast while deepening, nearing the Aleutian Islands tonight. The system is creating a powerful frontal system, developing hurricane-force winds. 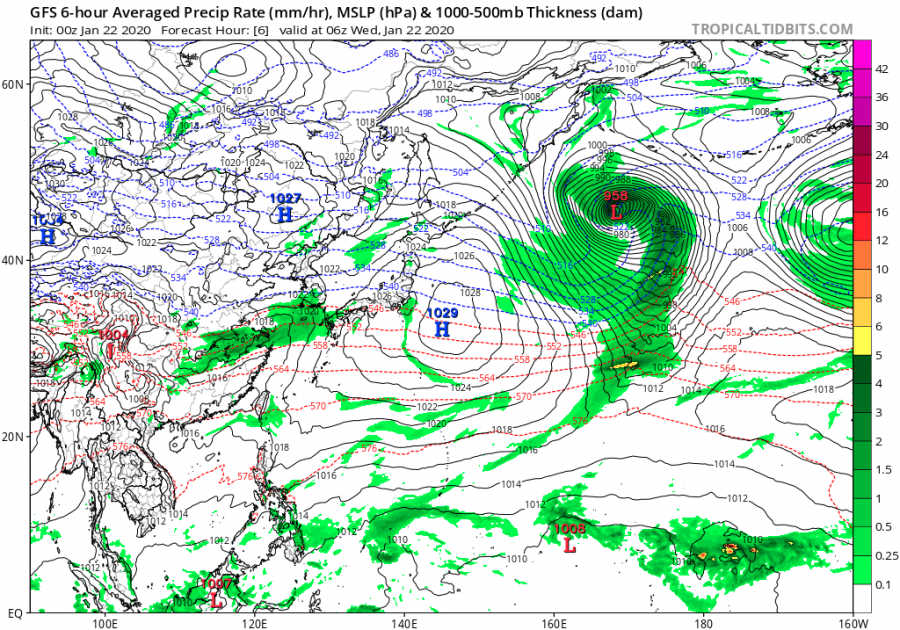 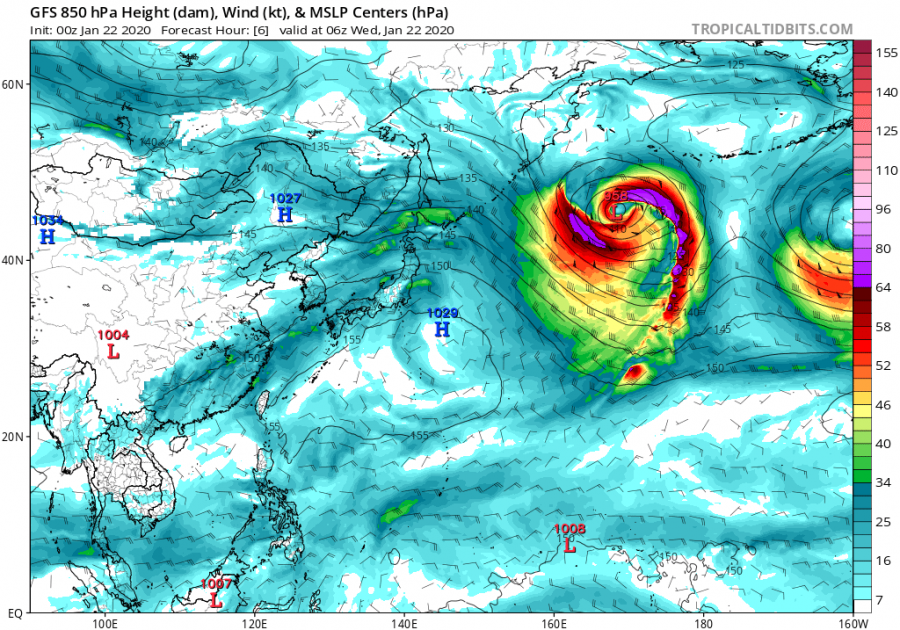 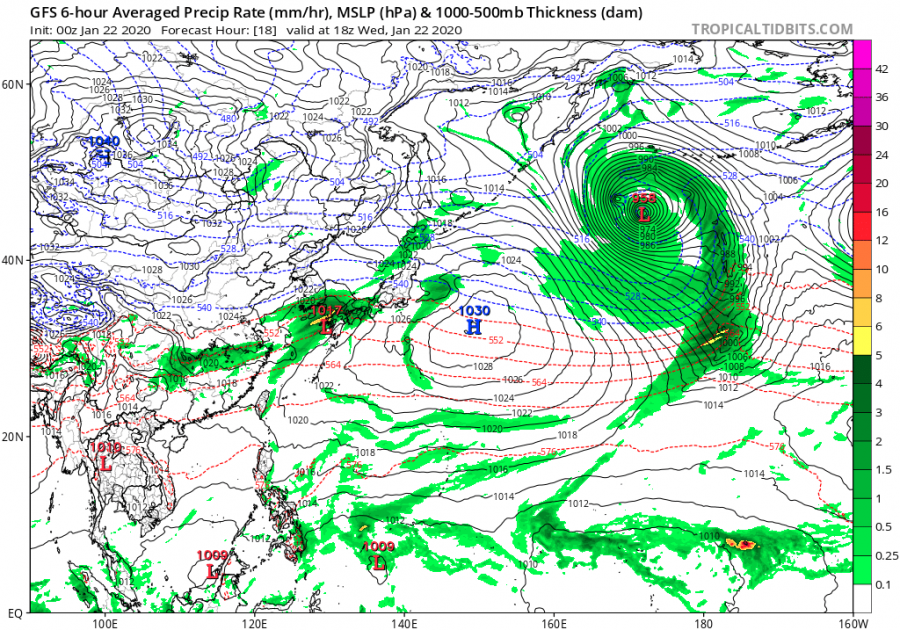 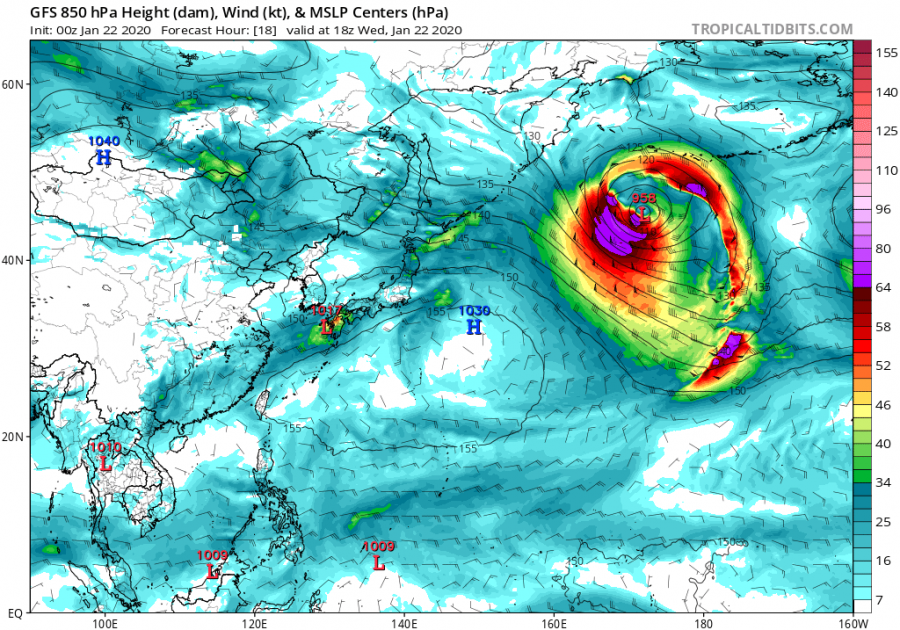 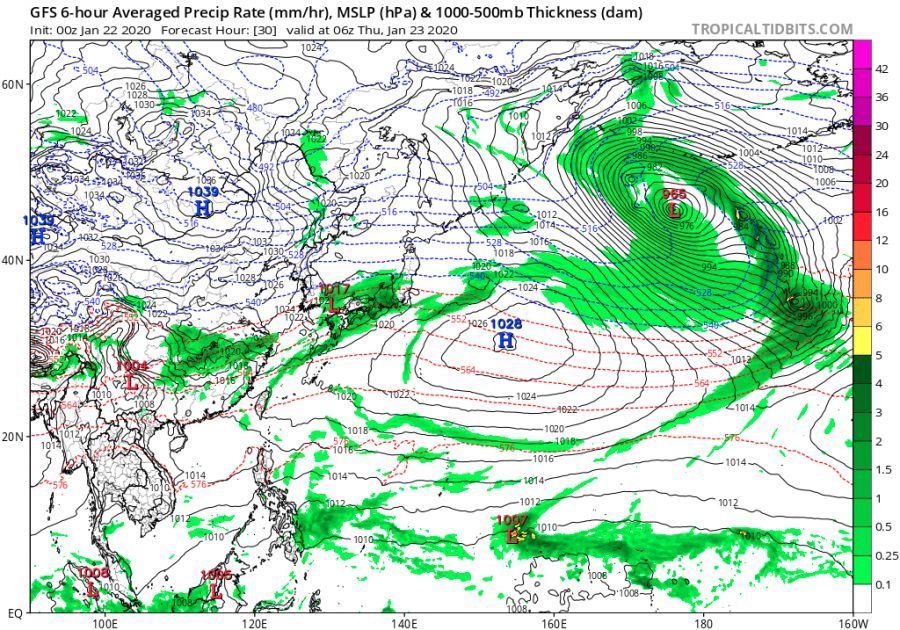 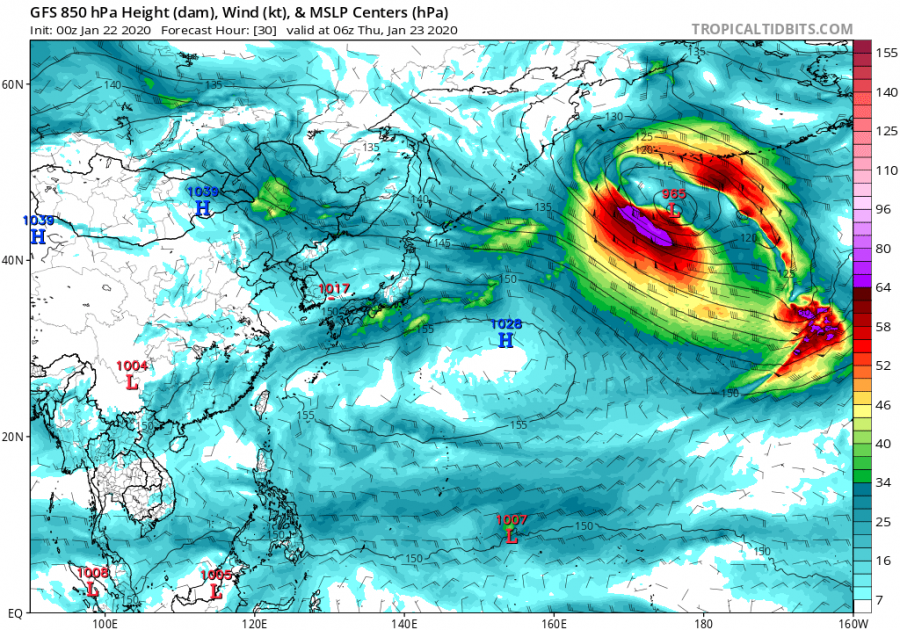 We can expect to see remarkable satellite imagery later today when cyclone matures and its center will approach the Aleutian Islands. 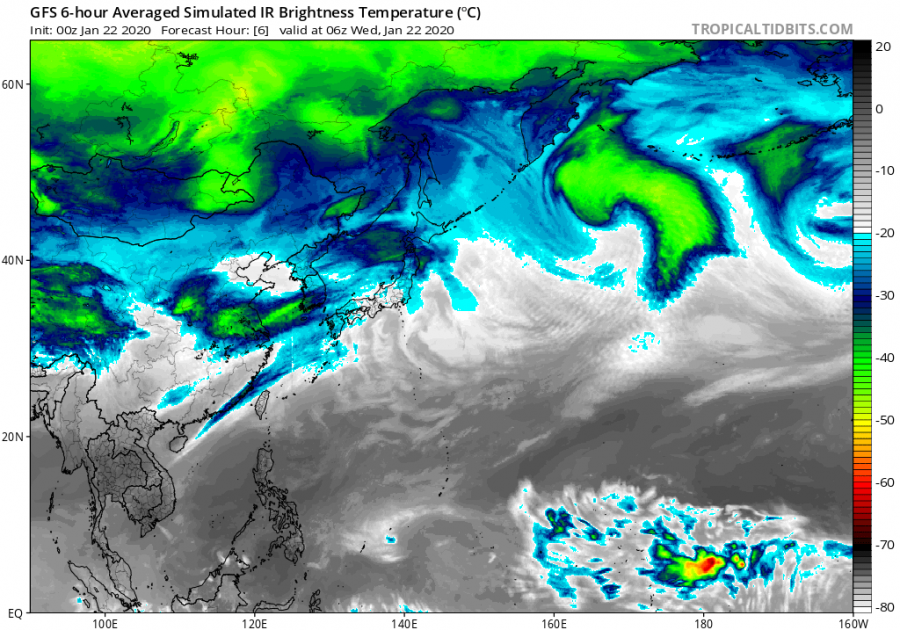 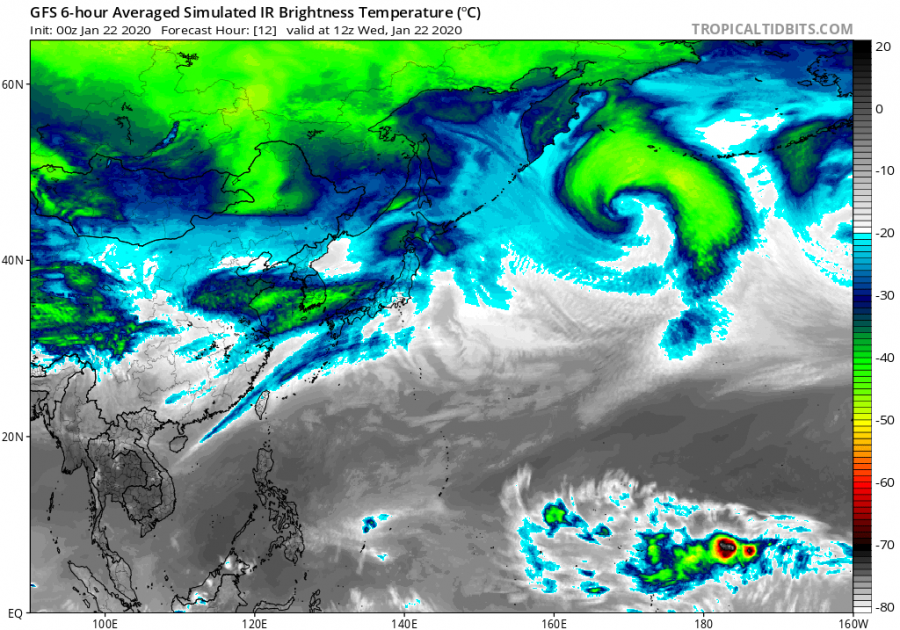 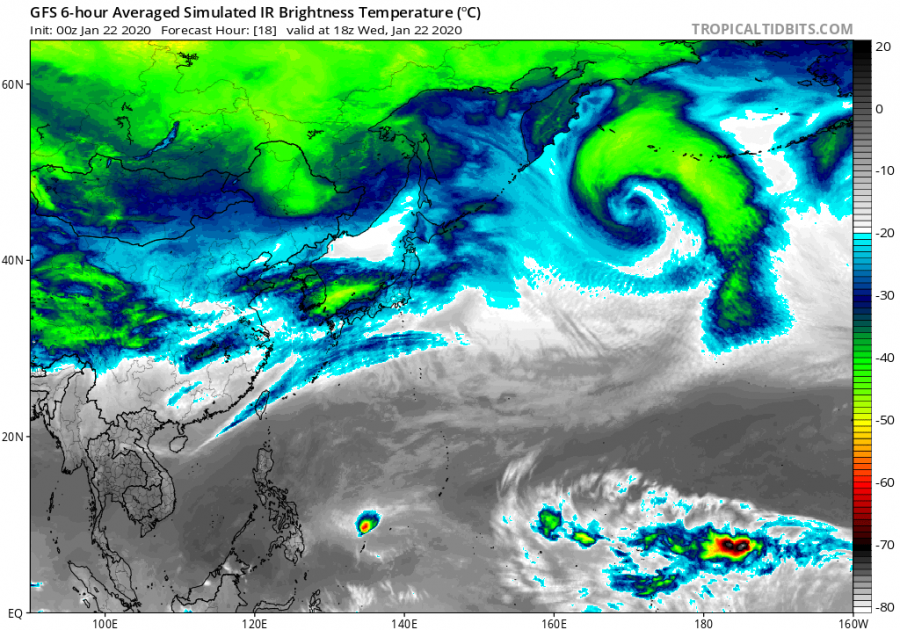 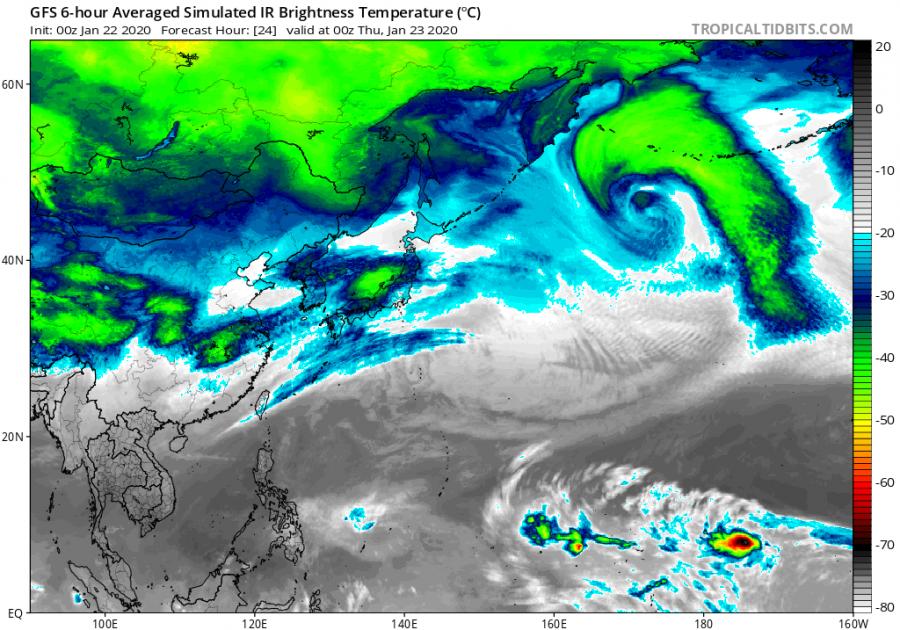 Stay tuned for the update later today when fresh satellite imagery will be available.

See also – the twins – two cyclones in the North Pacific on Jan 20th: