The temporal break in the extreme warmth across eastern half Europe is about to re-intensify this weekend as a more favorable pattern establishes again. A significant warm airmass advection will develop across central, eastern and partly also the northern Europe with 10-15 °C warmer daytime temperatures than normal for late December.

The highest temperatures across Europe today were observed in the south and southeast parts of our continent, well-correlated to the warmest air mass in the mid-levels. Locally, temperatures peaked into 20-22 °C range across Turkey, Cyprus, Greece and southern Italy. Similar temperatures, low 20s, were observed yesterday when also western Balkans peaked above +22 °C in Bosnia – similar to Tuesday’s maximums! 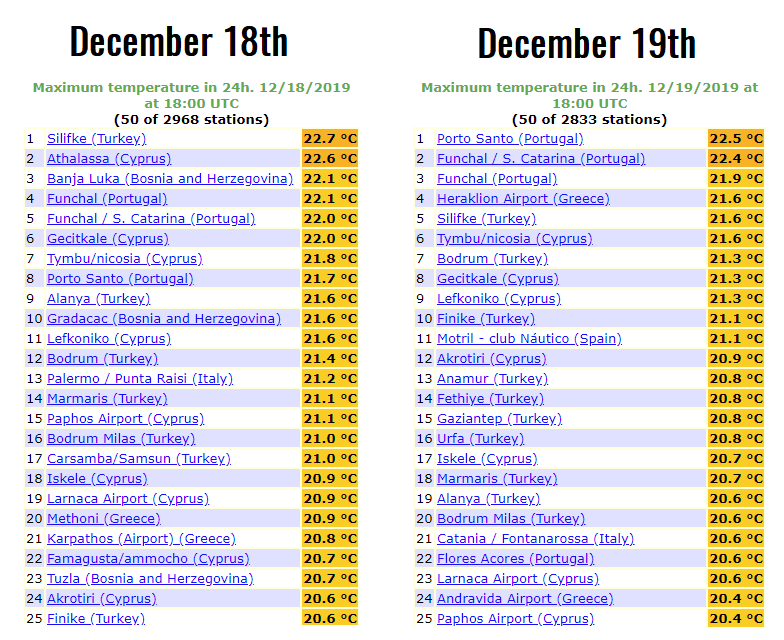 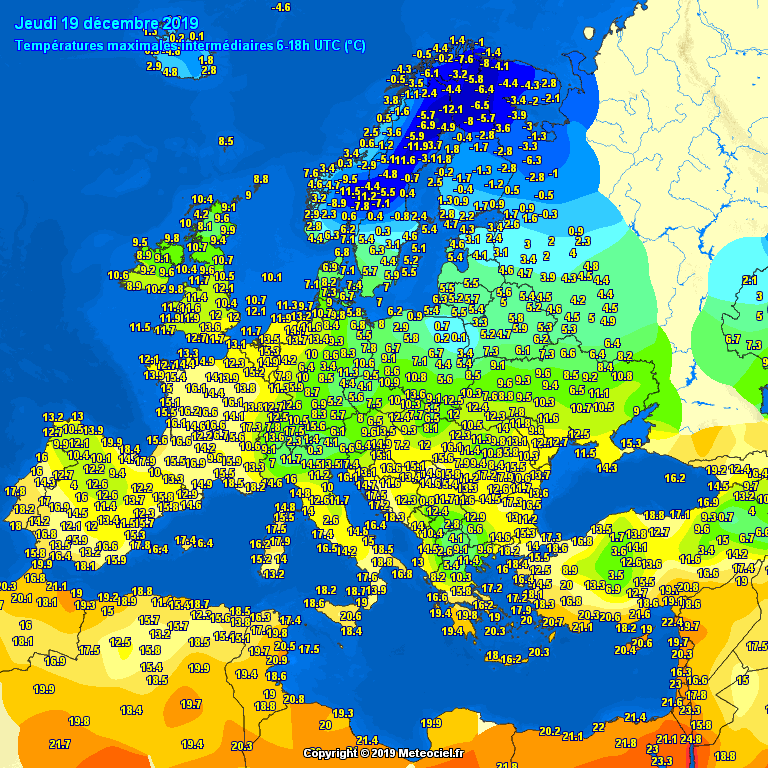 The pattern over Europe this coming weekend reveals an elongated upper-level ridge across the eastern half of Europe, while large deep upper-level trough/low is established over the North Atlantic. In between these large-scale features, strong south-southwesterly flow is advecting an impressively warm air mass from the Mediterranean far north towards the Baltics and Scandinavia. 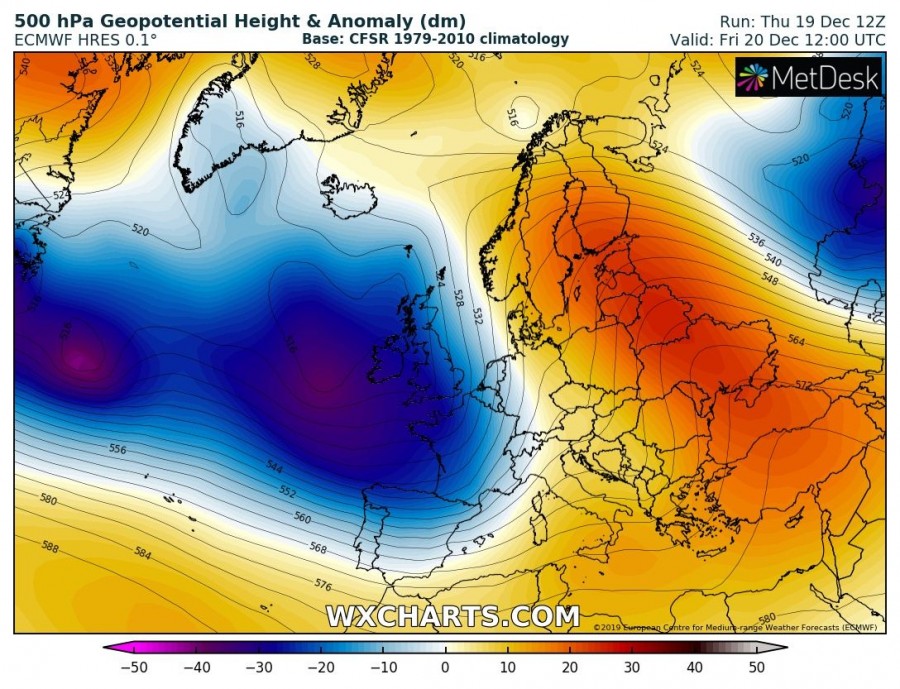 With a strengthening SSW flow ahead of the large North Atlantic and W European trough, a significant warm airmass advection spreads across east-central Europe again, also advecting far north into southern Scandinavia tonight and tomorrow. Further, into the weekend, extremely warm airmass spreads across the Baltic region and parts over the Scandinavia and western Russia. 12-16 °C above normal 850 mbar (approx. 1500 m ASL altitudes) temperatures are likely! 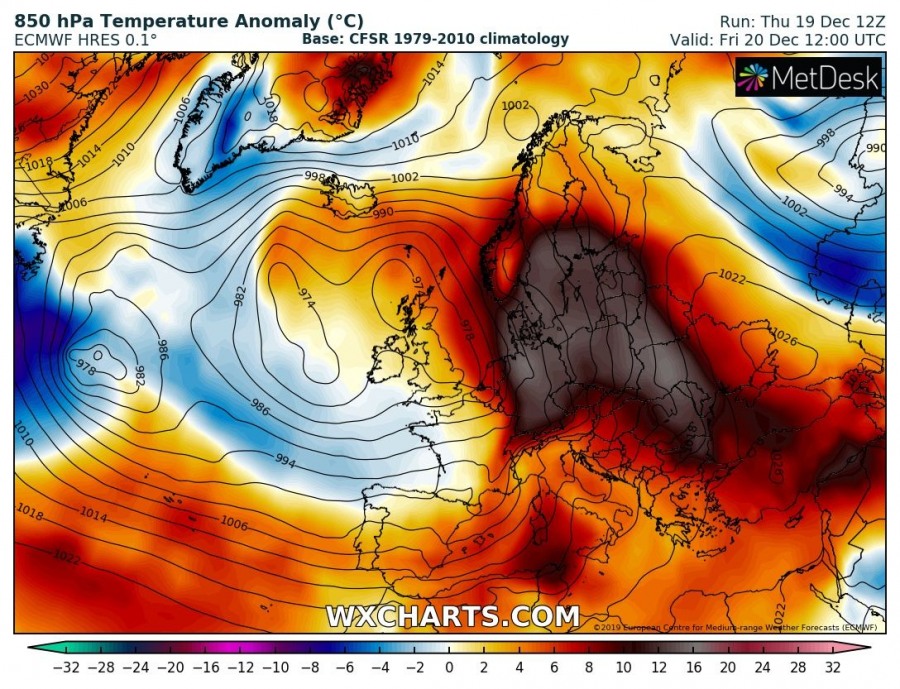 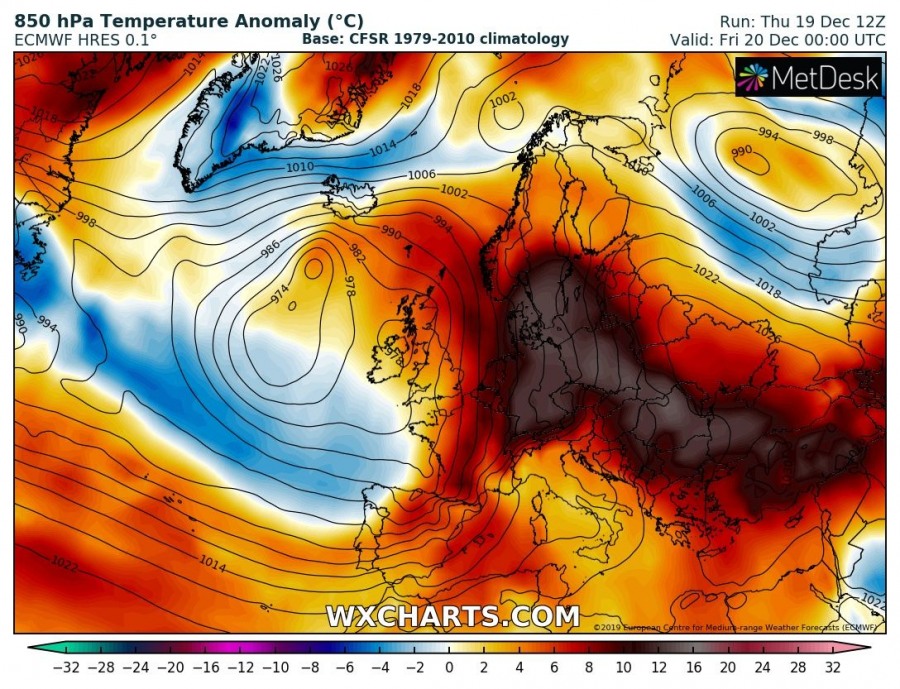 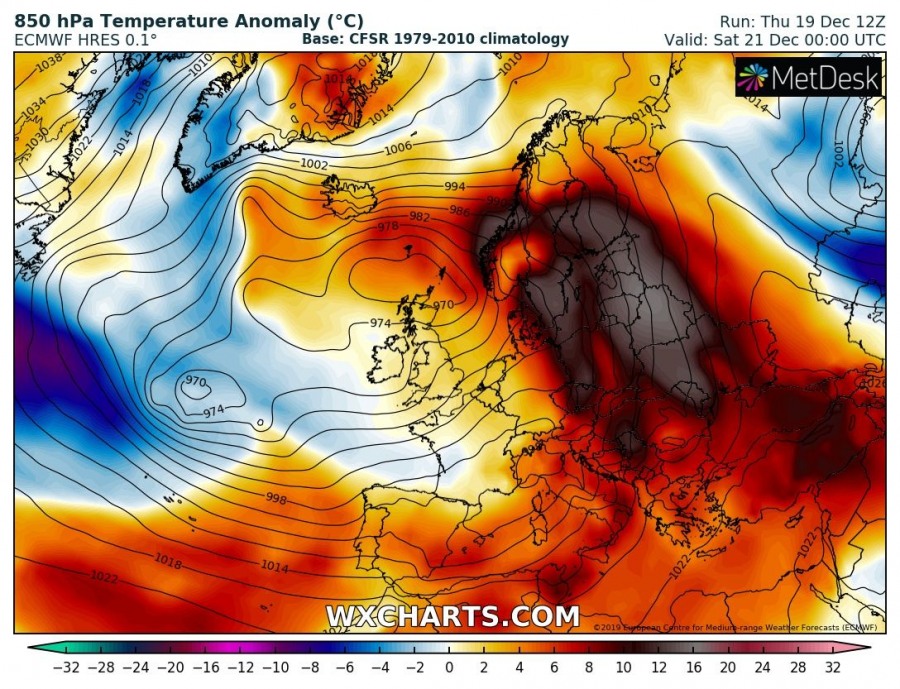 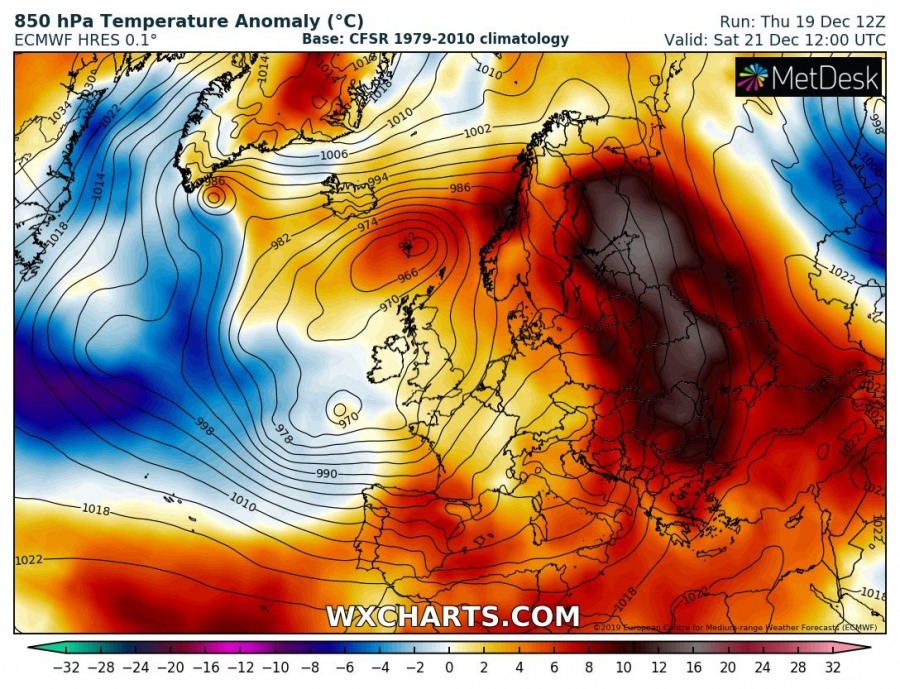 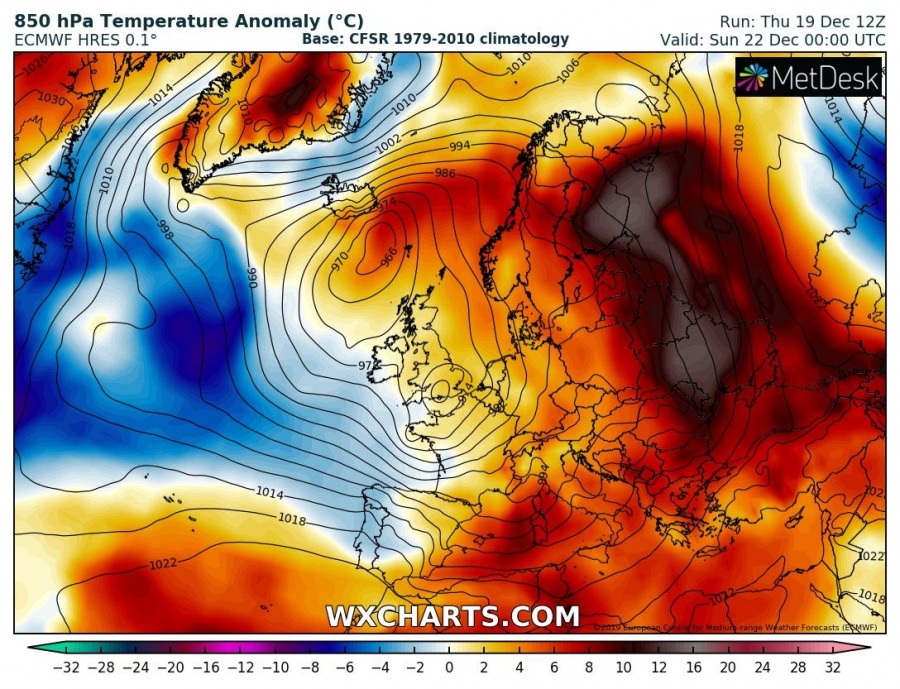 Huge 2 m temperature anomaly is expected to re-develop across east-central Europe, as well as towards the Baltic region. Many areas should experience even more than 10-12 °C warmer daytime average temperatures than normal for the end of December! 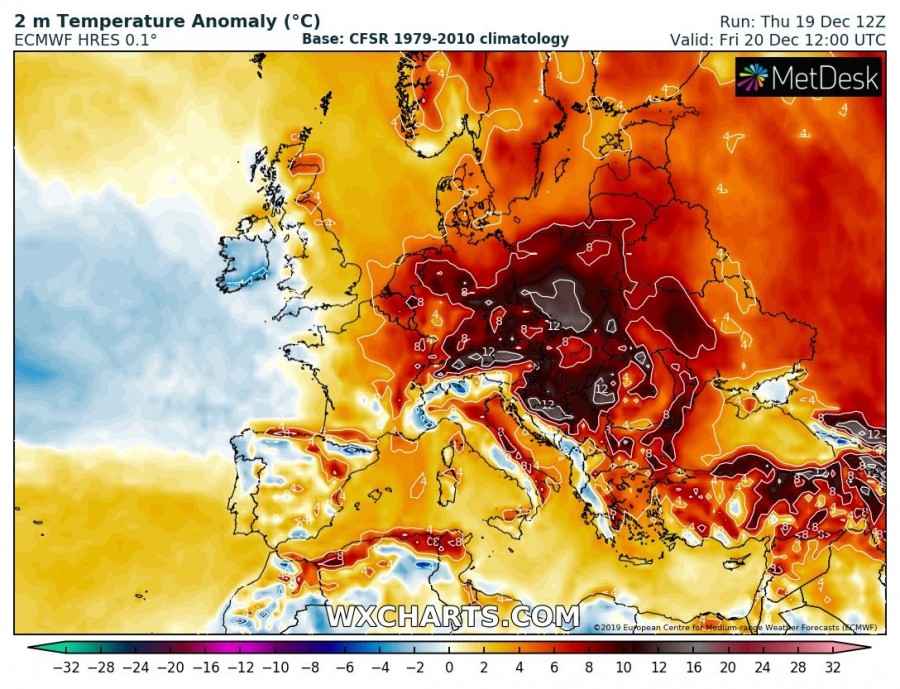 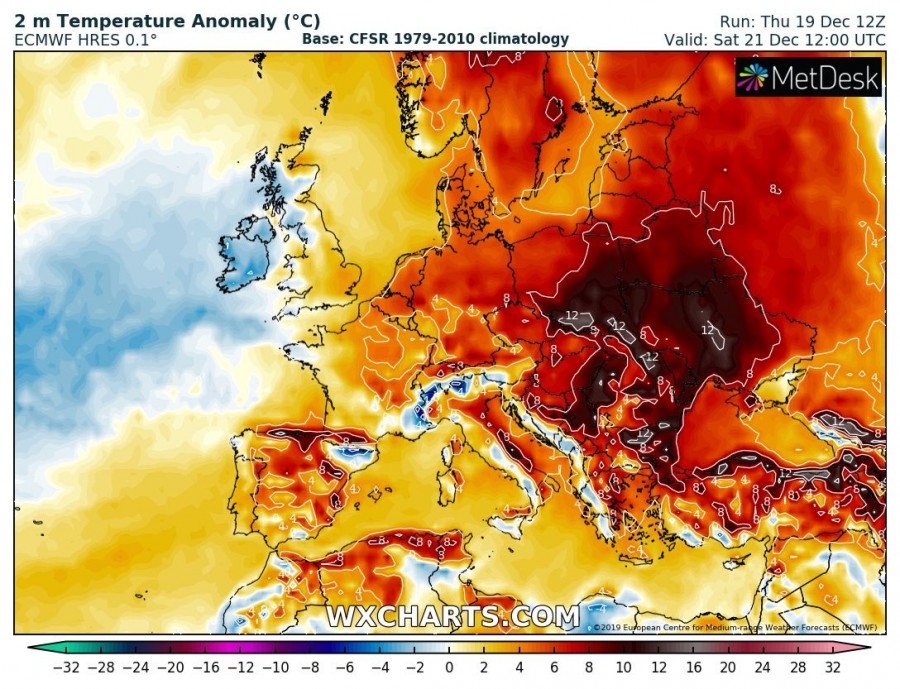 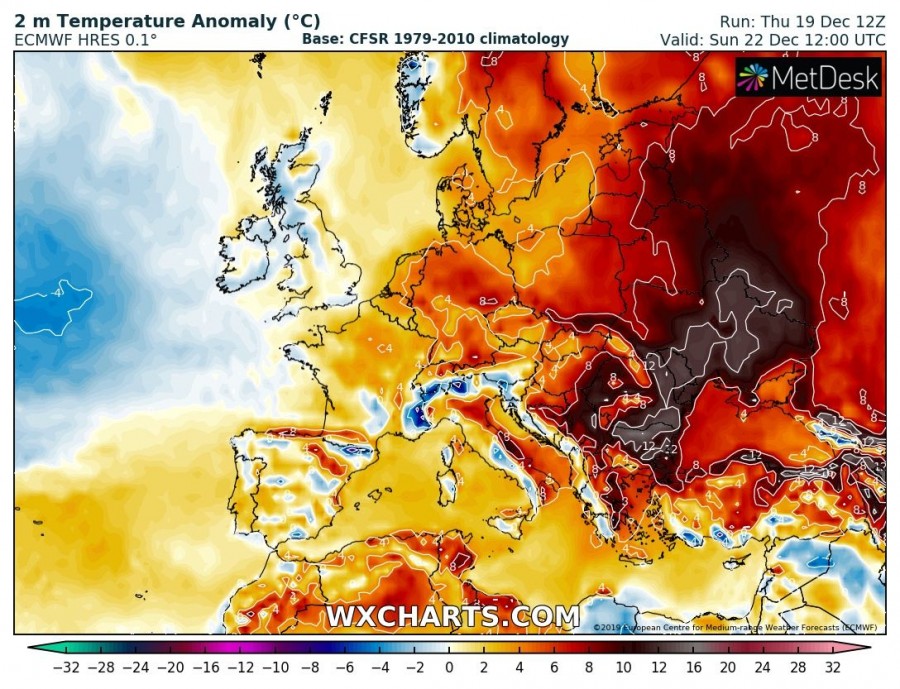 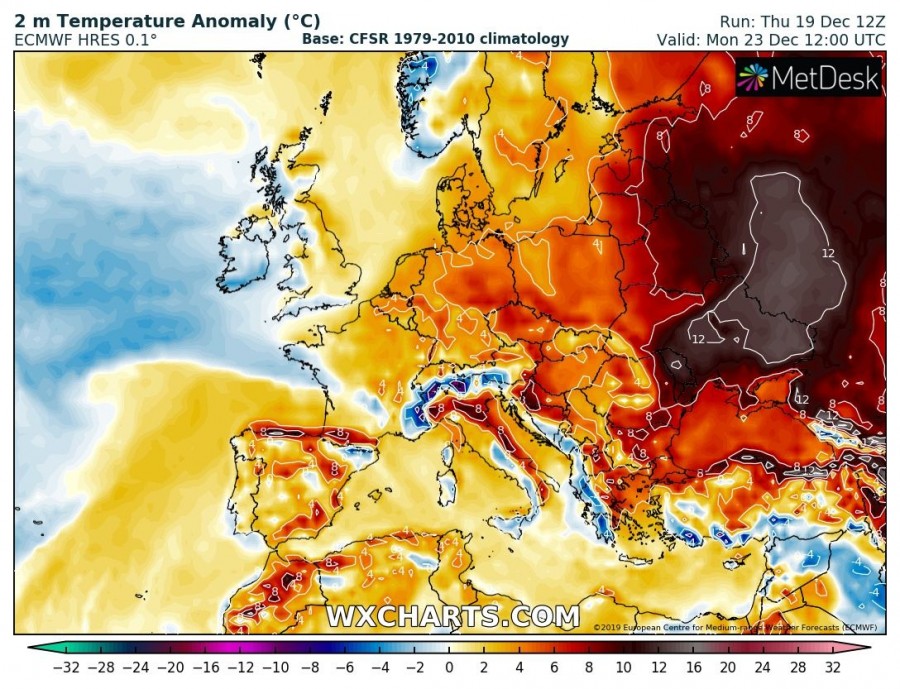 The extreme warmth should gradually vanish early next week as a more dynamic pattern over western Europe translates more east into continental Europe as well.

See the previous discussion on this matter: