A massive dust/sand storm has spread over the islands due to a heavy Saharan dust transport, called #Calima this weekend. The event is associated with the large upper-low over the region, forming on Friday and persisting over the weekend, resulting in severe easterly winds from North Africa (Saharian desert). The existing pattern suggests the event should continue for a few more days, as upper low remains over a similar position until Wednesday. This is the worst Saharan dust event in the past 20-30 years.

Note: The event is associated with the so-called “Saharan Air Layer” – an extremely hot, dry and sometimes dust-laden layer of the atmosphere that overlies the cooler and more-humid surface air mass above the Atlantic Ocean. If this layer passes over the Canary Islands, the phenomenon is then named “Calima”. #Calima is the warm or hot easterly winds from Africa which spread to the Canary Islands. The word Calima itself originates from the Spanish word for “haze”, in this case, the haze is a layer of dust and sand brought on high winds originating from the western Sahara.

Here is a spectacular animation of the Saharan dust transport – showing the strong Saharan dust storm (#Calima), moving over the Canary Islands, causing major discomfort and closing all air traffic.

There is persisting strong upper-level ridge over southwest Europe and the Mediterranean while an upper low sits over Canary islands. This causes the low/mid-level flow becoming westerly across the western Sahara, blowing towards the Canary Islands – this is #Calima. 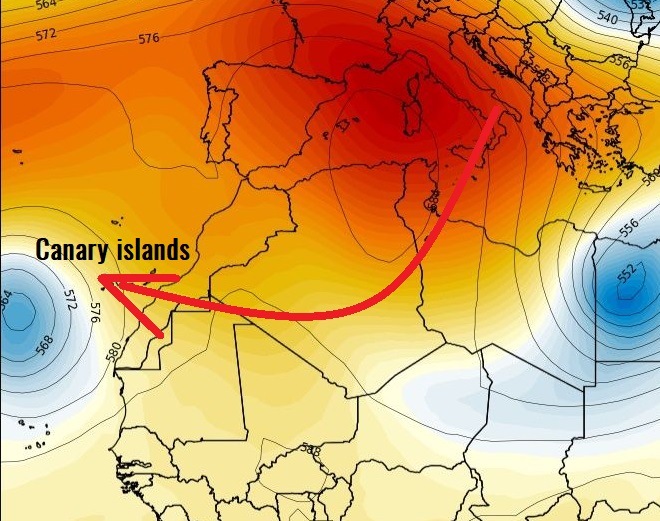 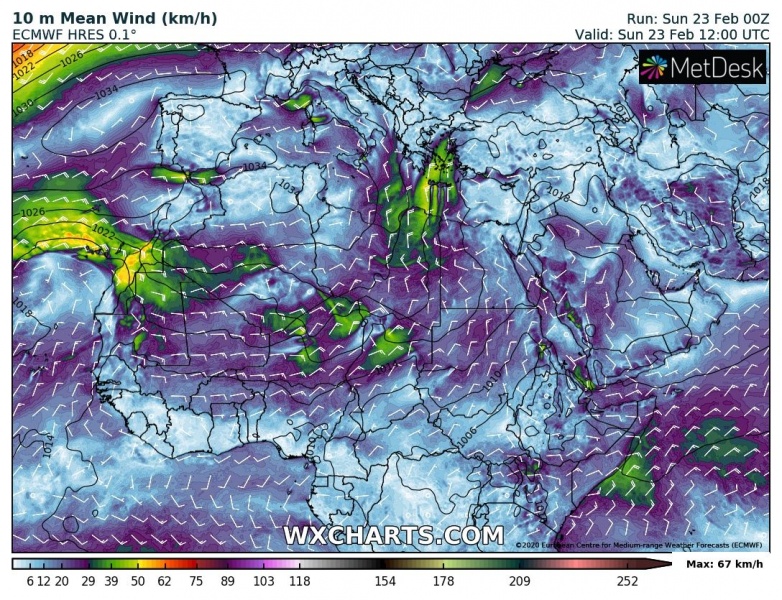 Here is some spectacular satellite imagery from this weekend – a view of the huge Saharan dust transport from Morrocco into the Atlantic ocean and over the Canary Islands. Notice also the wave features behind the islands.

Can you see #Lanzarote disappear in this video under a cloud of Saharan dust? I can…from my window.#calima #duststorm pic.twitter.com/oomfXD8Ei0 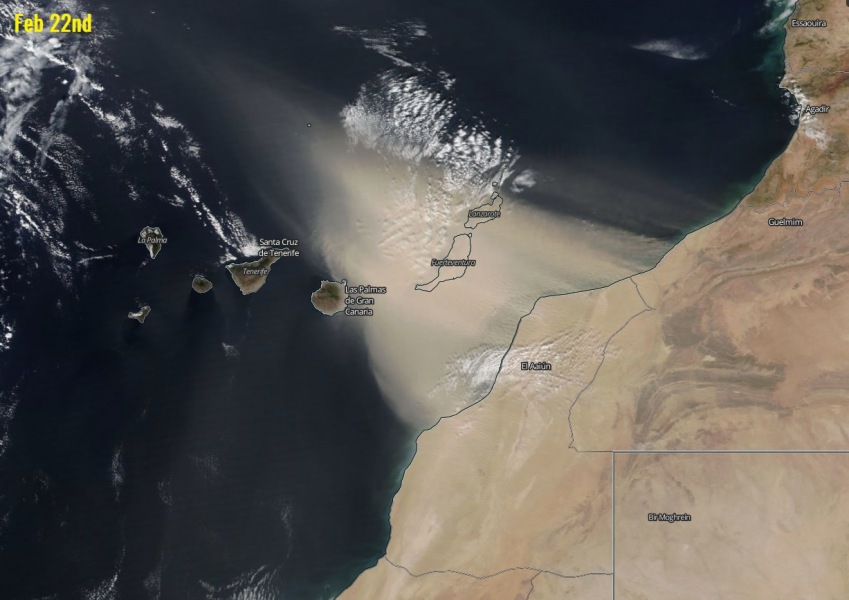 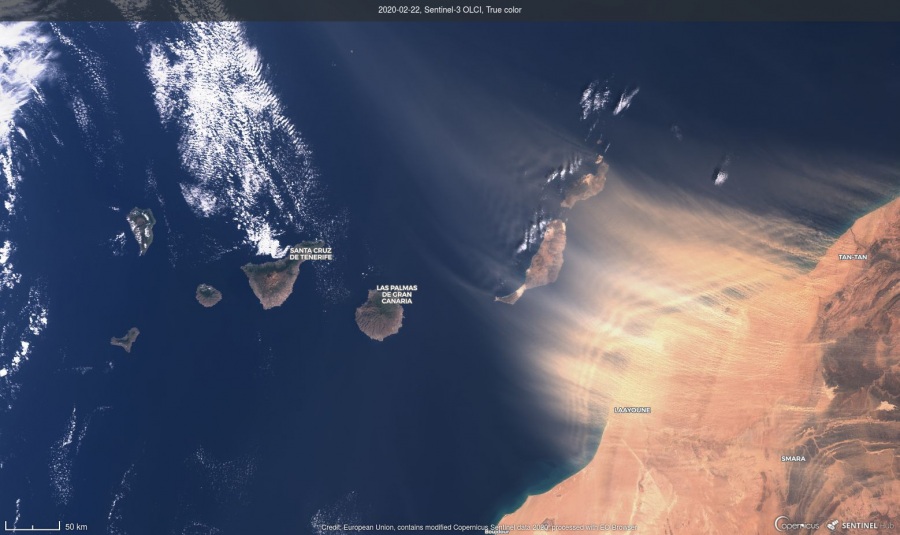 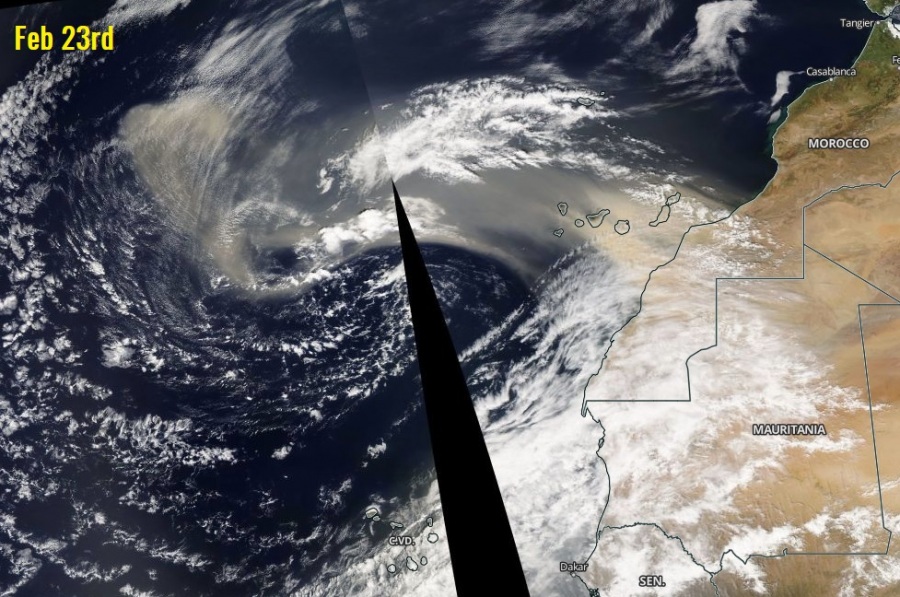 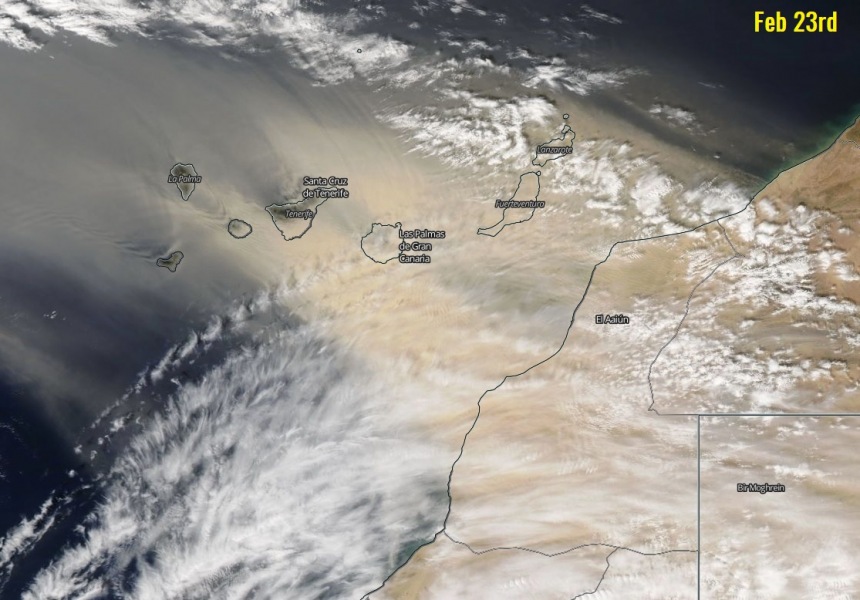 Calima brought a sudden and very sharp change in the temperature, which has climbed into the 30s! What is makes even more impressive, the peak values were recorded overnight. 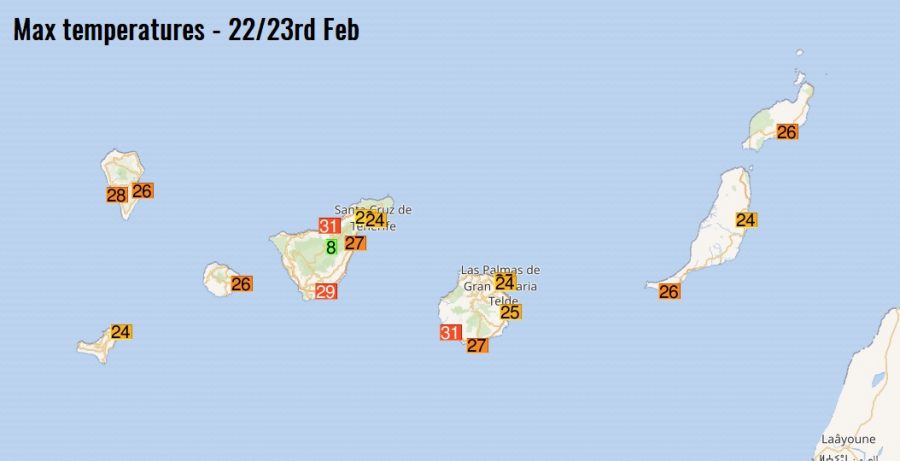 Numerous reports of an apocalyptic scene with huge amounts of Saharan dust in the air across the Canary Islands:

Unreal, the Canary Islands have turned into Mars, due to the heavy Saharan dust event, called #Calima, yesterday and today. This is the worst dust event in the past 20-30 years for the Canaries.

Thanks to Marty O'Neill – @dishyouwerehere for the report. Posted with permission. pic.twitter.com/XzAmA6keaR

Wow, the Canary Islands have turned into Mars, due to the heavy Saharan dust transport, callee #Calima, yesterday and today. This is the worst Saharan dust event in the past 20-30 years.

Thanks to Marty O'Neill – @dishyouwerehere for the report. Posted with permission. pic.twitter.com/NlpfMZYgSV

Additionally, several destructive wildfires have also started west of Gran Canaria and quickly spread over a large area due to severe and locally even hurricane-force winds! Attached are reports from the Tasarte area: