Hurricane Helene is becoming better organized today, based on satellite imagery. It has sustained winds of 75 mph (121 km/h) with a central pressure around 986 mbar. Its track will lead it towards the Azores this weekend and then likely towards the British Isles and Ireland on Tuesday next week. Models are suggesting it will remain a very powerful post-tropical storm once it approaches western Europe.

Infrared satellite scans this afternoon are revealing a large eye surrounded by convective bands which suggests the storm remains a healthy CAT 1 hurricane and is expected to maintain this strength until it passes Azores on Sunday morning.

Here is latest model guidance for Helene on Monday, Sept 17th when it will already acting as a post-tropical storm across eastern Atlantic ocean. Storm/Cyclone should remain pretty deep with intense wind field until it reaches Ireland.

ICON-EU and ECMWF models guidance are confirming a likely very intense storm is on the way. 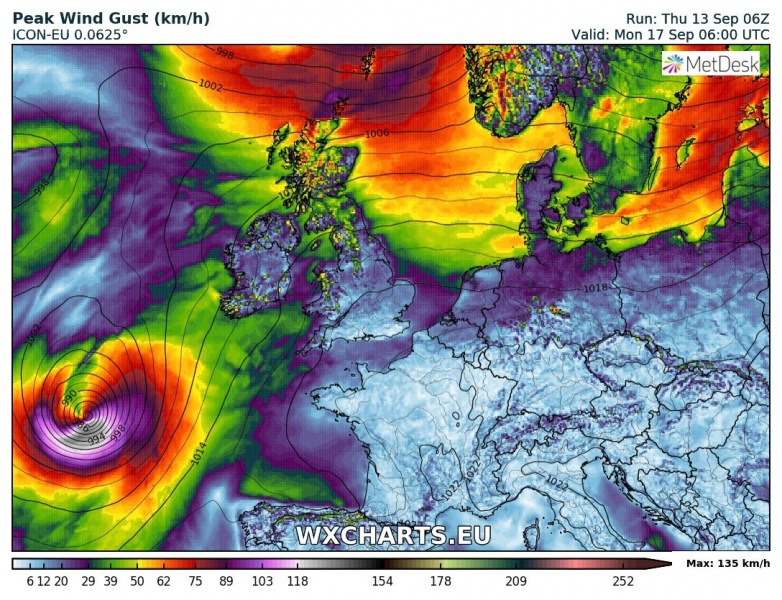 Model track guidance has the majority of the tracks towards Ireland while some of the models push the ex-hurricane Helene towards NW France. Still too far ahead to give more details, especially as global models depend on the other tropical systems currently ongoing in the region. 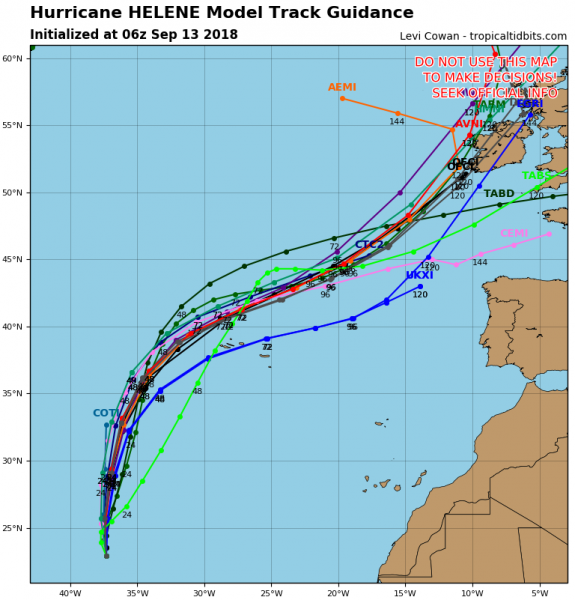 We will update as soon as we get more data available – stay tuned!