Major hurricane Lorenzo reached CAT5 strength late yesterday, September 28th. It is now the second Atlantic hurricane to have reached CAT5, after hurricane Dorian which devastated the Bahamas earlier in the month. 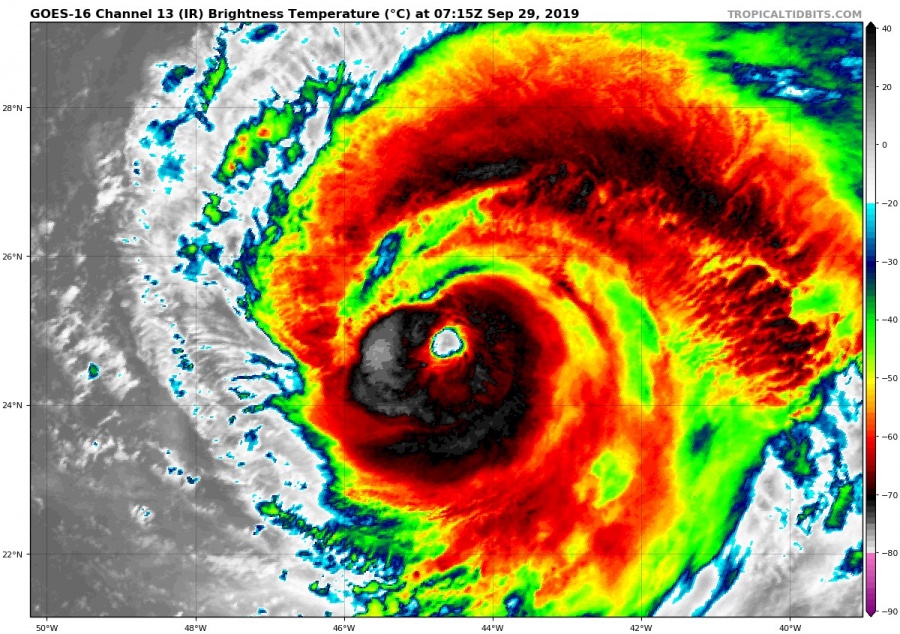 Lorenzo has strengthened to Category 5 by early morning on September 29th, with peak sustained winds of 160 mph (257 km/h). This comes after a transient weakening from the previous peak of Category 4 on September 26-27th to Category 3 on September 28th, likely due to an eyewall replacement cycle. Indeed, Lorenzo had lost the previously well-developed eye by September 27th, but has now formed it again. Central pressure has dropped to 925 mbar. EDIT 9:45 UTC: per latest data Lorenzo has slightly weakened, to upper end CAT4, 2 mph shy of the CAT5 threshold. 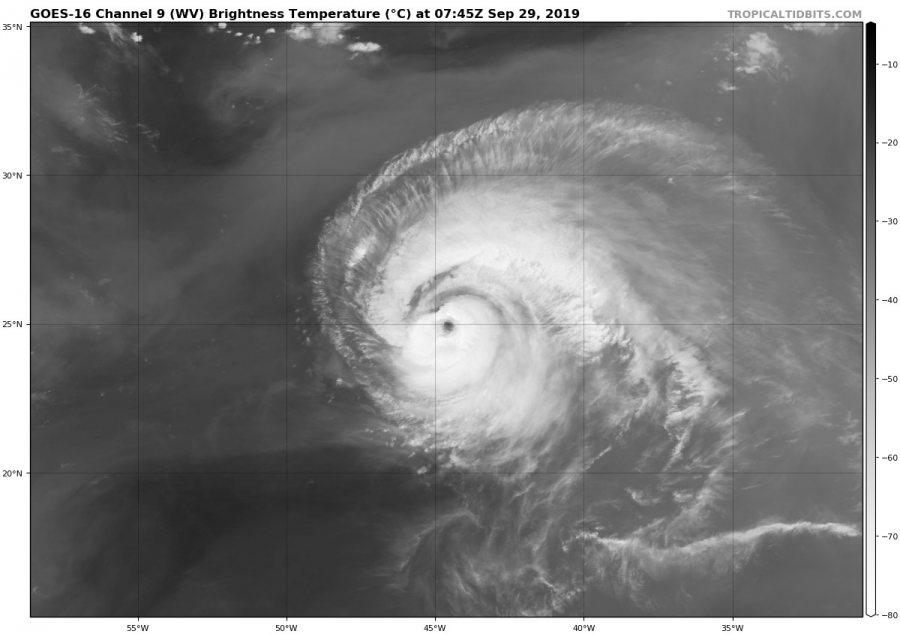 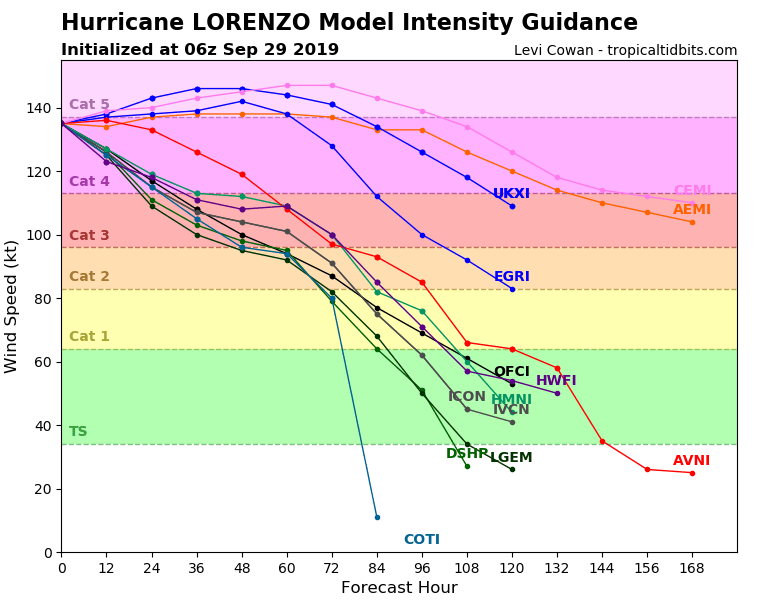 There is considerable uncertainty about the future evolution of Lorenzo: while the future track is rather well constrained, the strength is less so. It will likely remain a major hurricane for at least another 48 hours. Some models have it remaining at CAT5 strength throughout the period, while others push it to CAT4 or CAT3. Regardless, Lorenzo will remain a powerful system. 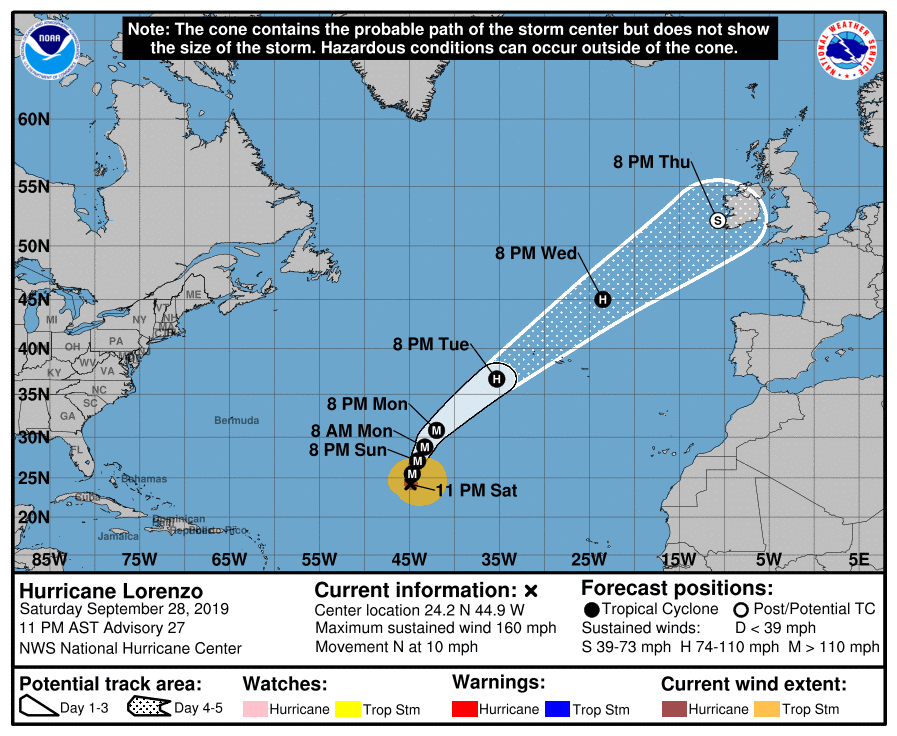 The future track will take Lorenzo northeastward. It will track close to the Azores in the middle of next week, likely still a CAT1 to CAT2 hurricane. Stay tuned for further updates as Lorenzo approaches the Azores and its track becomes better constrained!