Both GFS and ECMWF are in good agreement on the cold push. It starts in the wake of a broad low that will push across the Baltic region early on Monday, estalishing a broad meridional flow from the north into central Europe. Cold airmass will push across NW Europe, including parts of Scandinavia, the British Isles and Ireland by late on Monday, pushing further into central Europe by Thursday and into eastern and southeastern Europe late in the week. 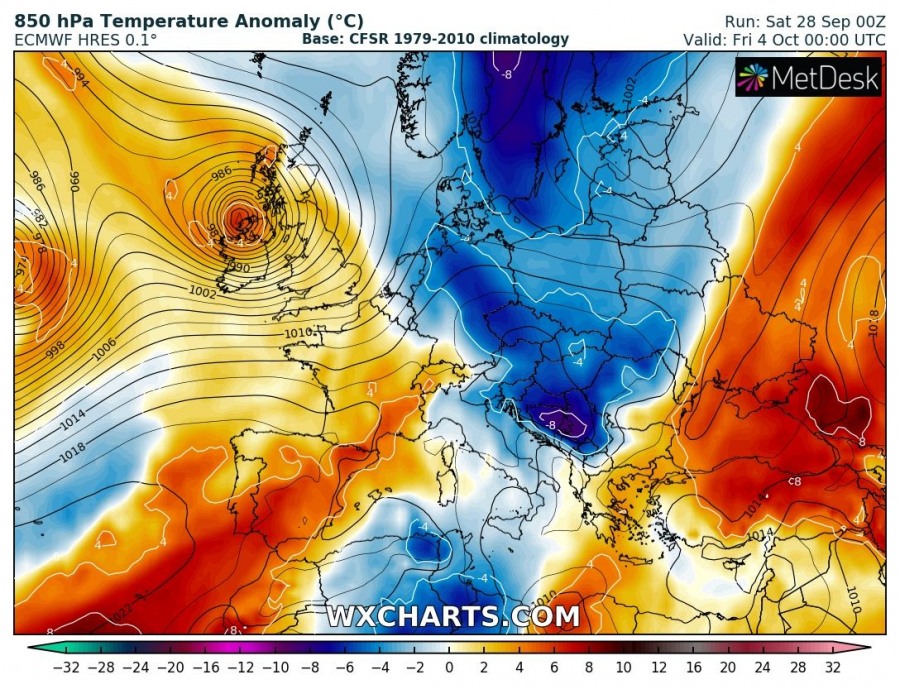 Temperatures will be close to 0 °C and below in some areas. Expect frosty morning in many location with clear skies.

Severe thunderstorms and excessive rainfall is likely across parts of the northern Mediterranean, particularly the Adriatic region, as a cutoff low will form and push SE across the region.

Stay tuned as we monitor the evolution of this pattern! More details coming as the pattern unfolds.