The tropical activity is ramping up in the western Pacific this weekend. A tropical wave #95W begins forming deeper and more widespread convection in the Philippine Sea. A tropical depression #Ambo has formed along the eastern Phillipines. It is expected to strengthen further over the next few days while heading west into the northern Philippines. Ambo is currently packing the maximum sustained winds of 20 knots and the central pressure of 1007 mbar. It could deliver severe winds and excessive rainfall threat along its path this coming week.

Environmental conditions revela that low shear and near 30 °C sea surface temperatures are present in the Western Pacific. These are supportive of a tropical depression which is likely to strengthen in the next couple of days over the Philippine Sea. There is an increasing potential this tropical depression could become a tropical storm by mid week. 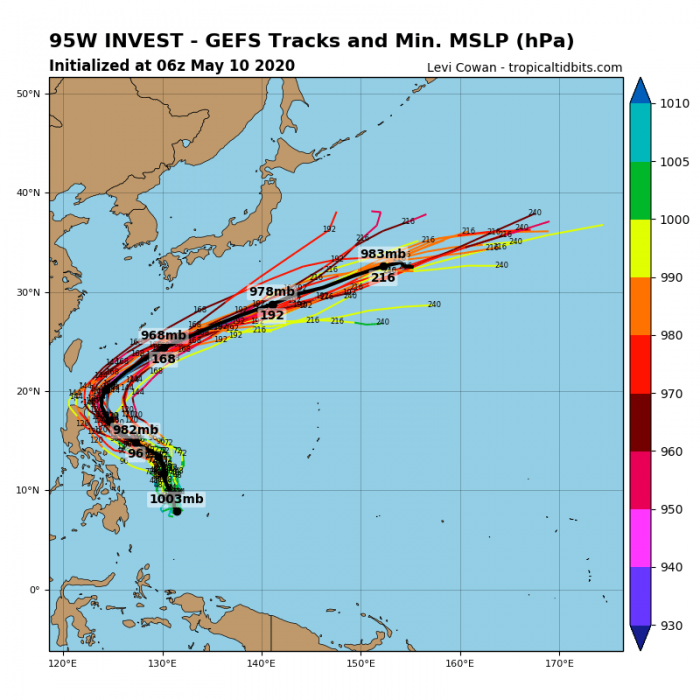 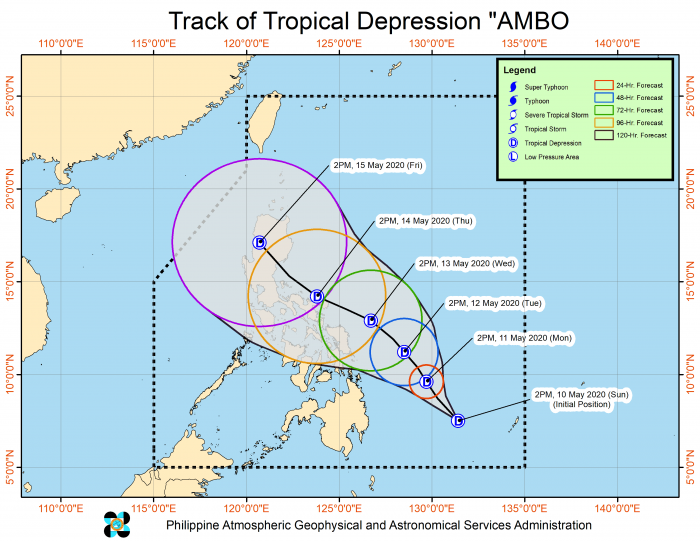 Infrared satellite imagery indicates the broad area of convective activity around the virtual center of the tropical wave #95W. It is slowly emerging together into a depression. The activity is drifting northwest towards northern Philippines at a slow speed and organizing. 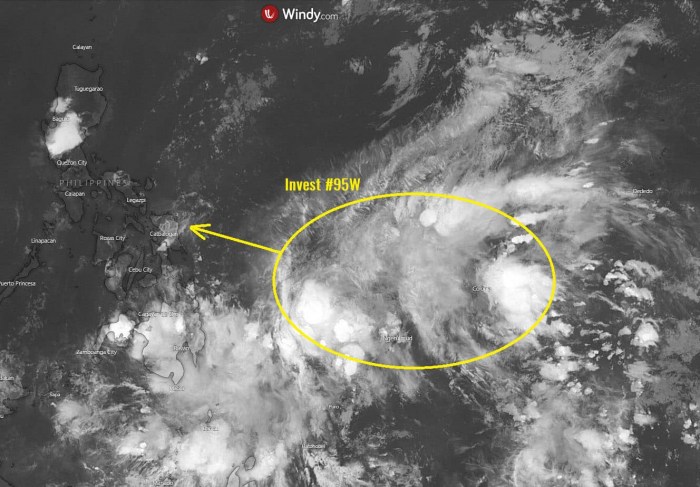 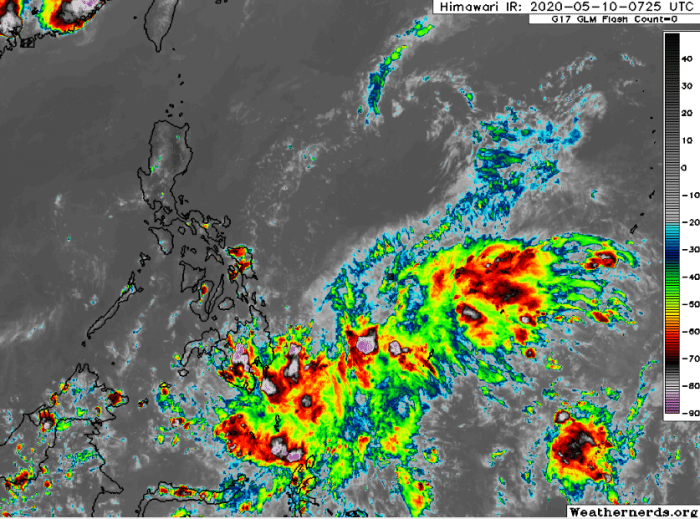 As it can be seen on the GFS and ECMWF model trajectories for the next 10 days, the exact track of tropical depression Ambo across the northern Philippines in not well-defined yet. The GFS model is tracking it along the east coast towards north. But the ECMWF model is tracking Ambo across the country and then turning its track north towards Taiwan.

GFS model forecast for total rainfall and wind accumulation swath over the next 10 days: 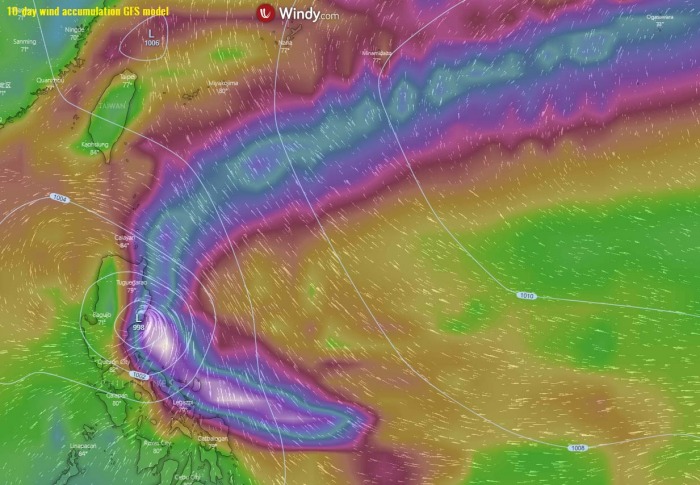 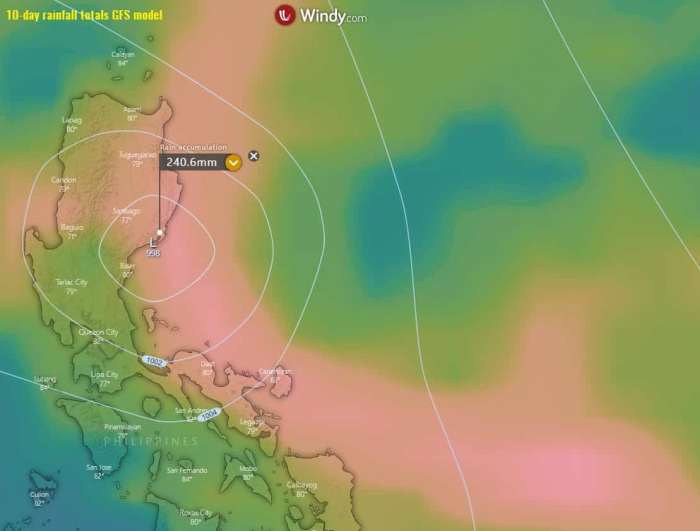 ECMWF model forecast for total rainfall and wind accumulation swath over the next 10 days: 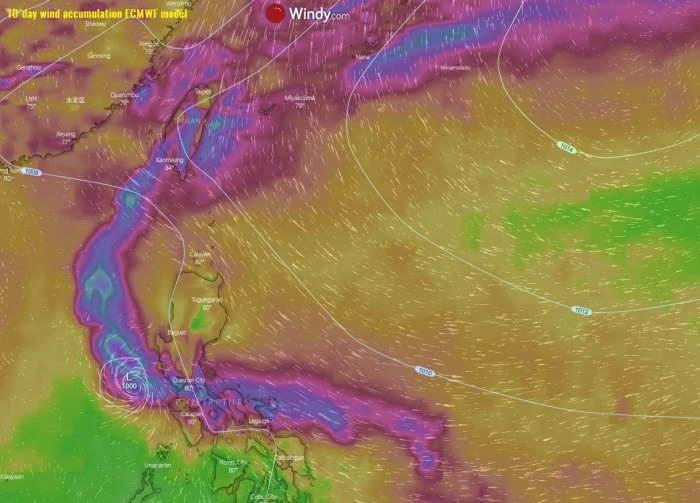 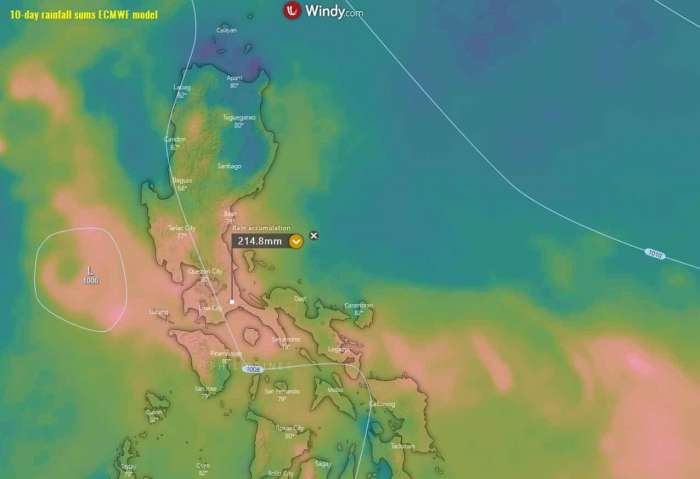 The convective activity with tropical depression Ambo will likely bring excessive rainfall. In addition, there is also a potentially for severe winds threat in some areas. We are monitoring Ambo’s evolution further, so stay tuned for the updates!