During the past week, the tropical activity was mostly around Australia but now there is also some activity over the Southwest Indian Ocean. A tropical wave has released an Invest #91S with an increasing potential for excessive rainfall and rising flooding potential over northern and eastern Madagascar later this weekend into next week. 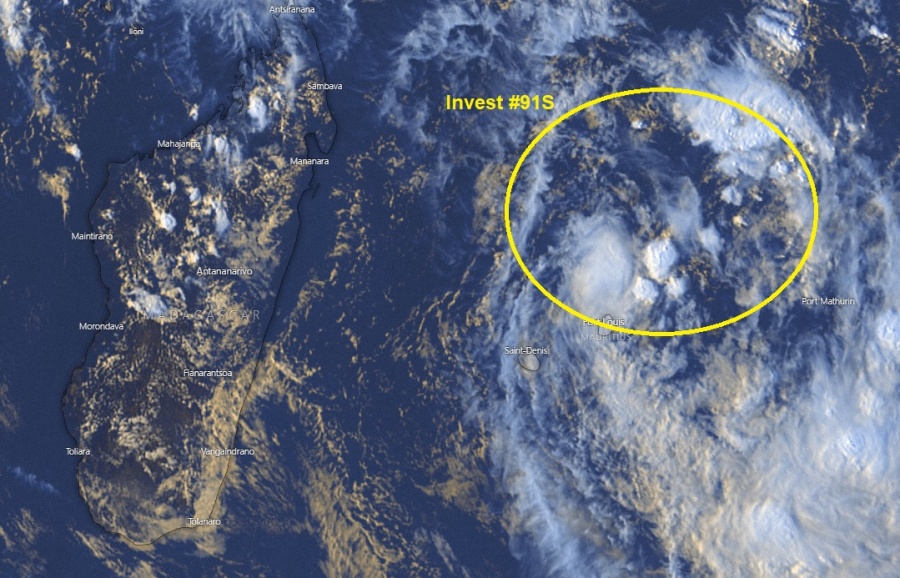 A tropical depression / Invest #91S will continue drifting westward towards Madagascar this week at a very slow speed while maintaining its current strength of 20-30 knots and central pressure 1000-1005 mbar. Conditions do not support any significant strengthening of the system’s wind field, but mainly lots of rain with the slow-moving storms around the virtual center. 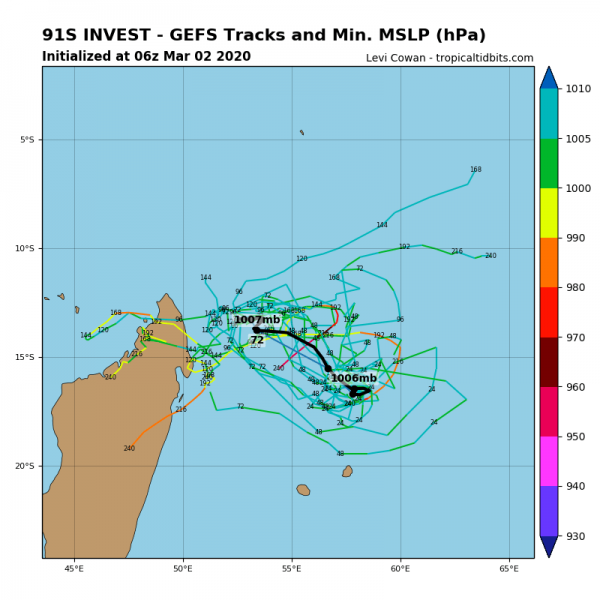 However, quite an impressive rainfall totals are seen over the next 10 days, with both global models ECMWF and GFS. Bringing lots of rain and increasing flooding potential for eastern and northern Madagascar. 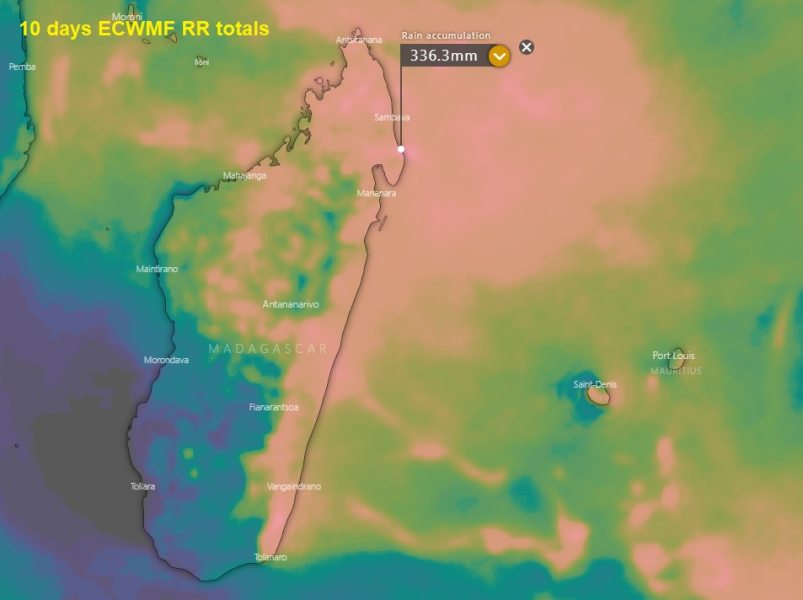 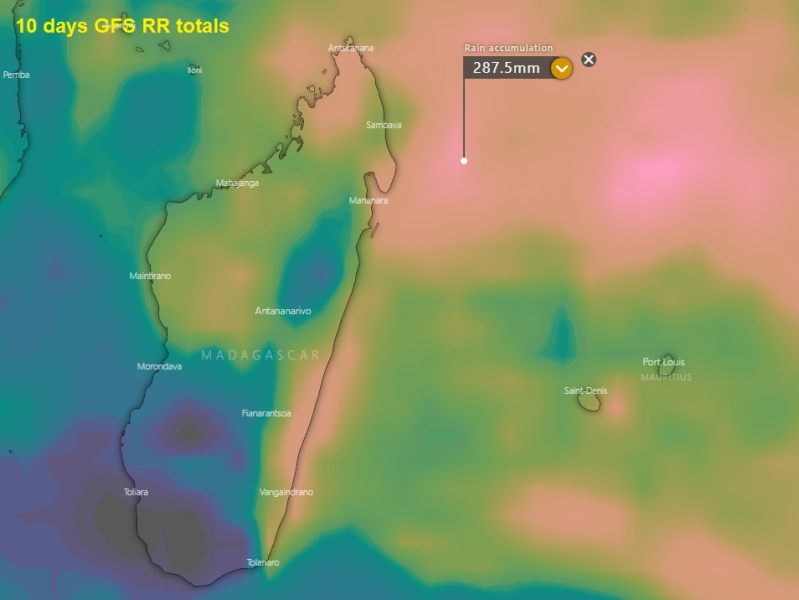 Long-range GFS model trends are, however, hinting a turn back eastward and strengthening of the system next week. But indeed it is way too far for any reliable outlook of the #91S behavior yet. 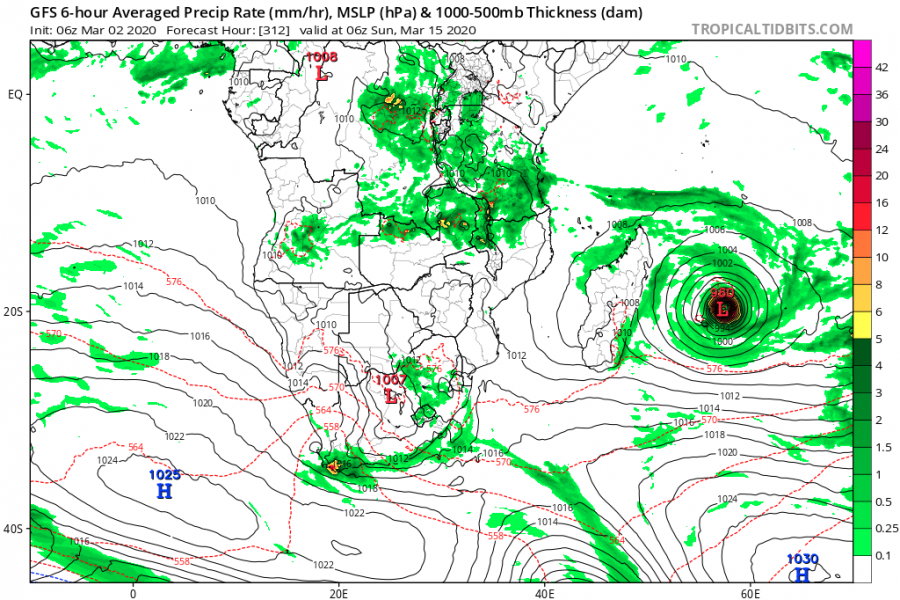 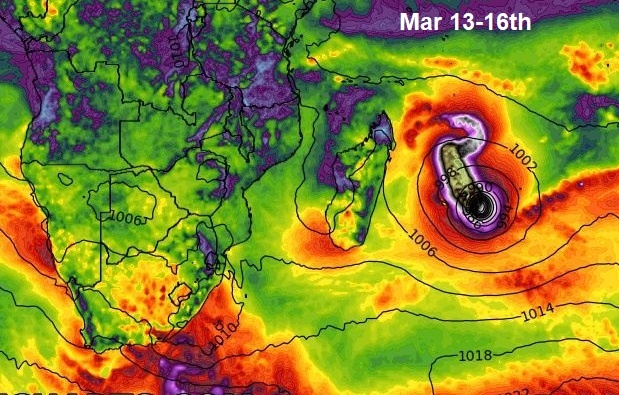 We are monitoring this wave evolution through this week and will be updated when necessary – stay tuned!