As we discussed last night, a rare and very dangerous deep cyclone and the frontal system is forming over Egypt and the Middle East today, expected to result in extreme amounts of rainfall for the region and likely lead to dangerous and damaging flooding. Today, satellite imagery indicates a massive sandstorm has developed along the moving cold front in southern Egypt, spreading across Sudan. Sandstorm will also spread towards the east, into northern Saudi Arabia and Israel tomorrow!

Here are some impressive satellite images of the system this afternoon. Notice a huge sandstorm from southern Egypt into Sudan: 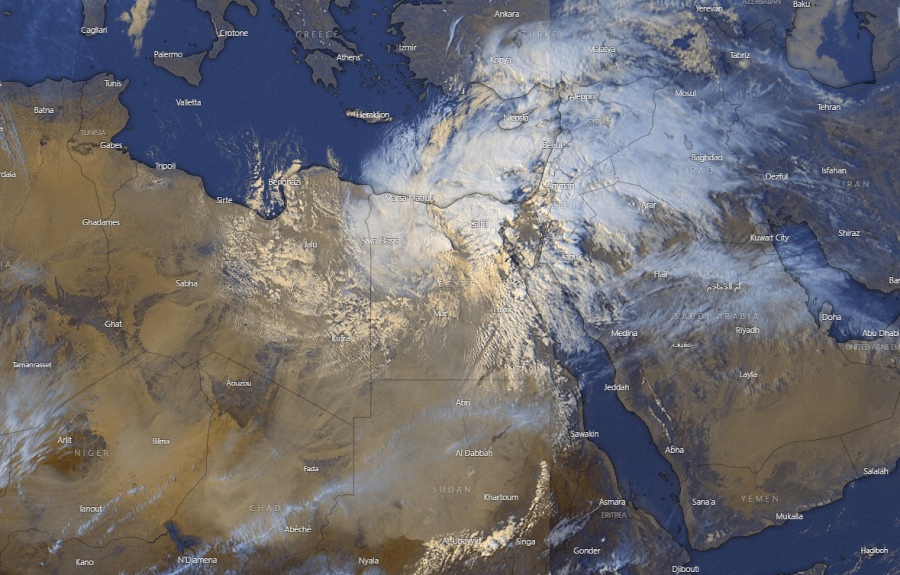 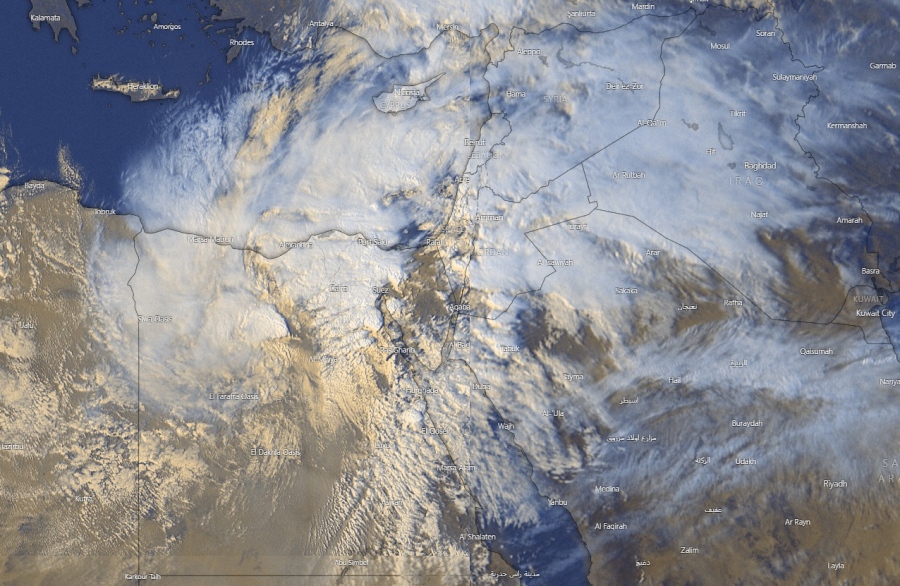 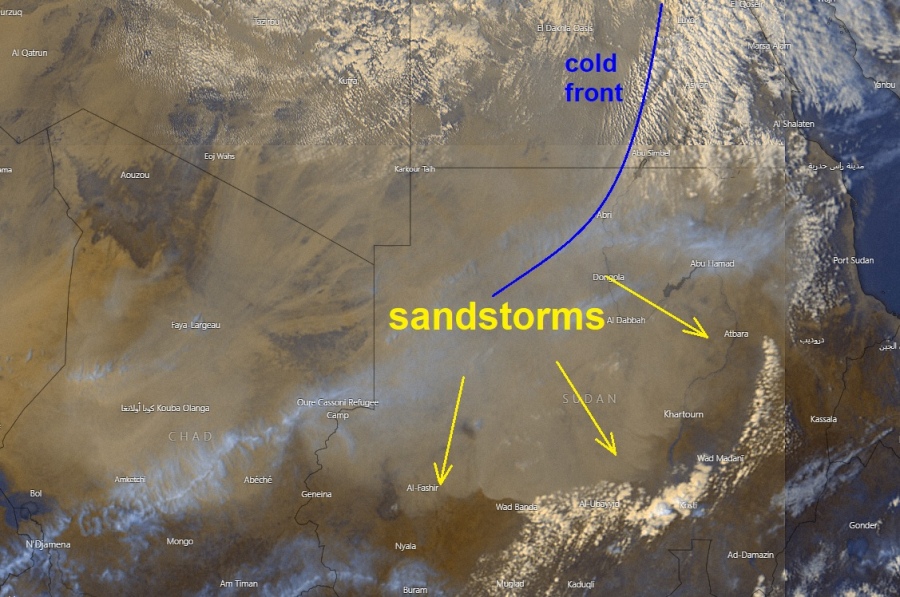 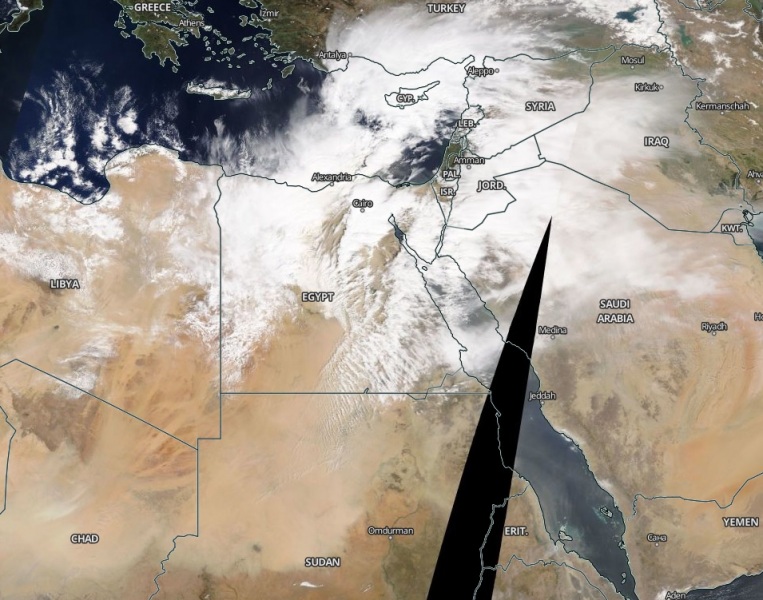 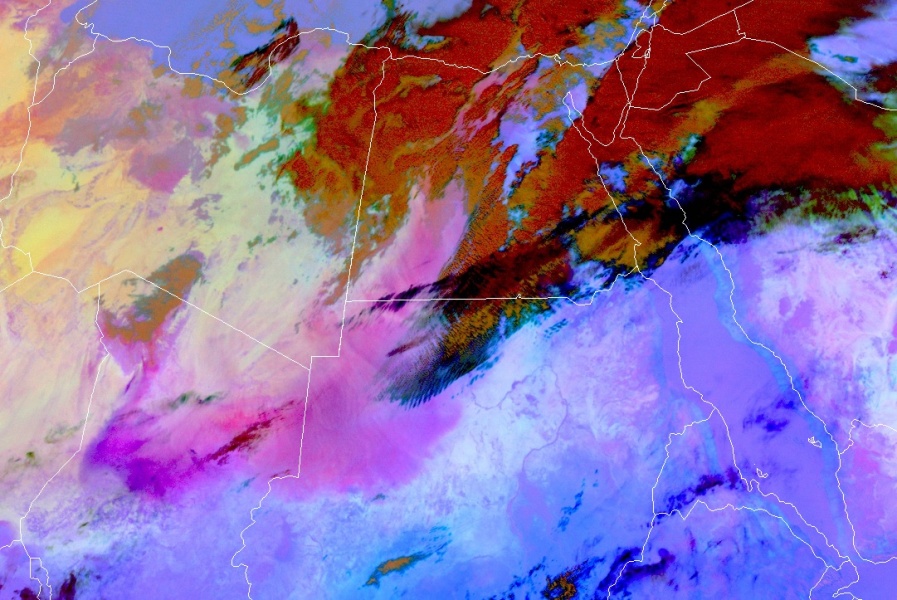 Models are more on less on track with the significant deepening of the surface low tonight, while its centers will be drifting towards the eastern Mediterranean and Sinai peninsula: 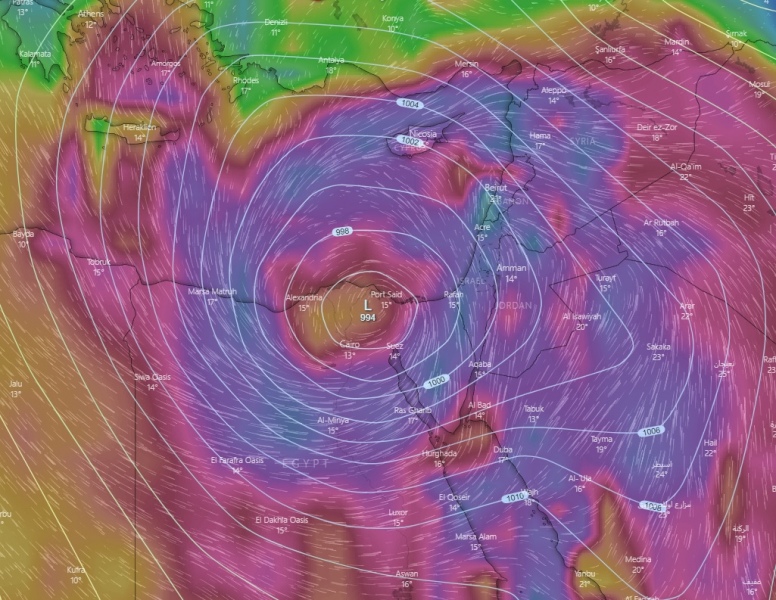