Looks like tropical Atlantic is taking a higher gear this week. An impressive train of tropical waves is seen from western Africa westwards towards the Caribbean. Tropical Storm Laura and Marco – the next two reserved names in Atlantic hurricane season 2020 – are likely to form in the coming days.

All three waves are expected to track west-northwest into western tropical Atlantic, the Caribbean, and potentially towards the Gulf of Mexico, the Bahamas, and possibly the United States next week. The highest concern is the Invest #98L which is forecast to potentially track towards Florida and Bahamas.

Satellite imagery of the tropical Atlantic is actually very impressive. There is a concerning train of tropical waves between the Caribbean Sea and the eastern Atlantic ocean. The first better-organized system will be the middle one, being located in the most favorable conditions at the moment. 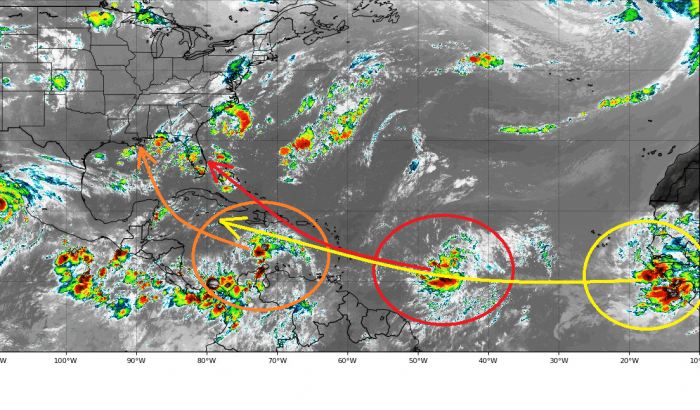 The wave to its west is next in line to become a tropical depression in the coming days. The third wave, ejecting off western Africa, needs to be closely monitored when the activity finally enters the Atlantic this Friday. 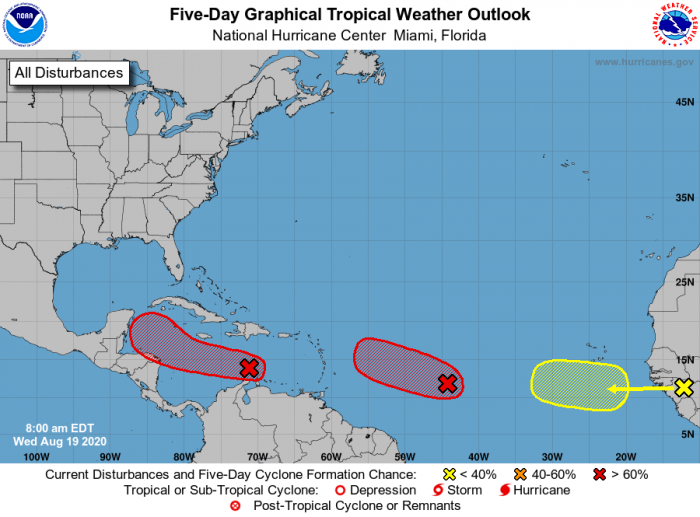 We should expect to see formation of Tropical storm Laura and Marco in the coming days.

A well-defined tropical wave is located over the eastern Caribbean Sea and is producing rather disorganized showers and thunderstorms. Some development of this system is likely over the days while the circulation will continue towards the west. 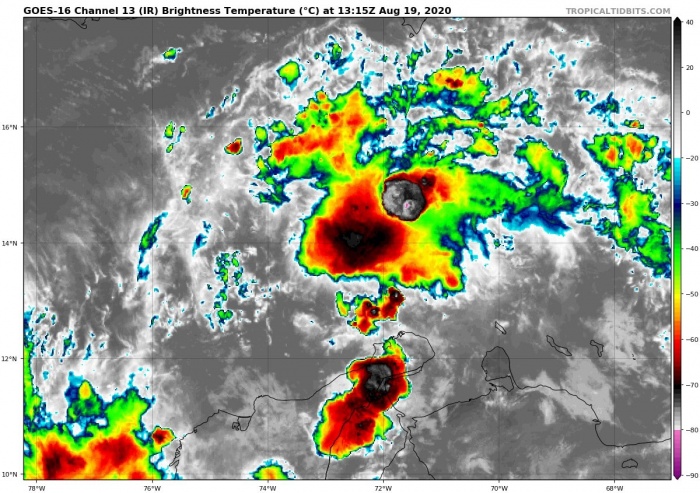 The wave is forecast to move gradually towards west-northwest into the northwestern Caribbean Sea. A rather high chance is there that a tropical depression is likely to form late this week. 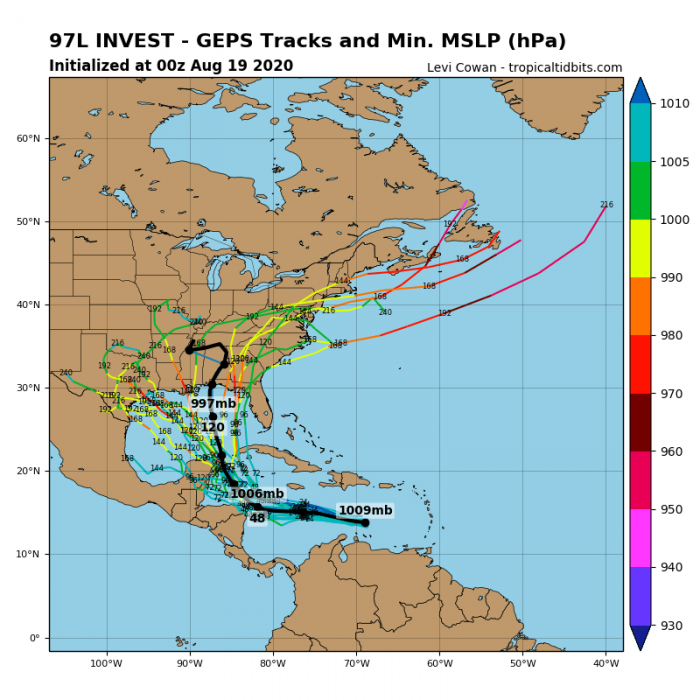 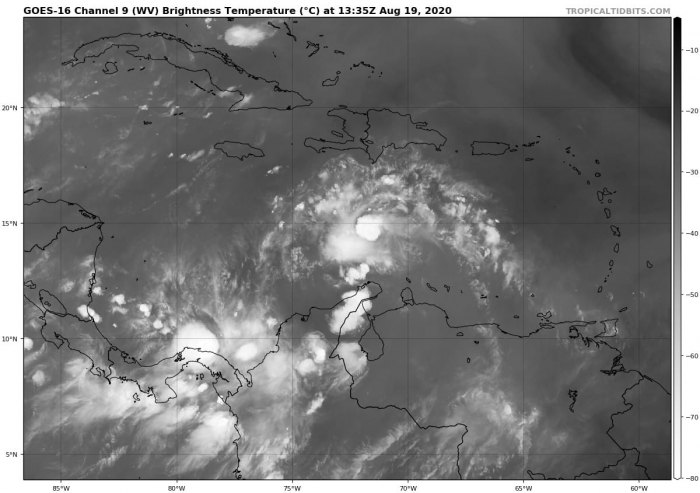 There is an elongated area of low pressure, located around 1000 miles east of the Windward Islands. Quite intense convective storms are already ongoing on the western side of the wave. With the very favorable environmental conditions in the region, further development and strengthening is expected. 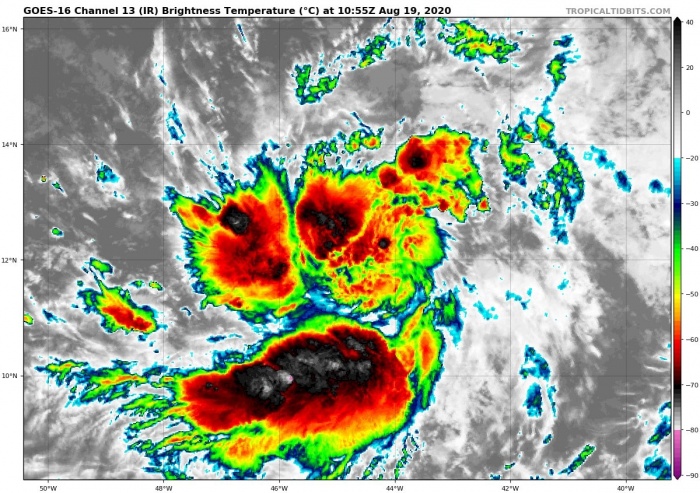 A tropical depression is expected to form during the next two days as the system moves further west by Friday. Weather model are hinting we will likely be seeing a formation of a new tropical storm, Laura, over the weekend. Chances are that the system will also become a hurricane next week while moving west-northwest into the northern Caribbean region and the Bahamas. 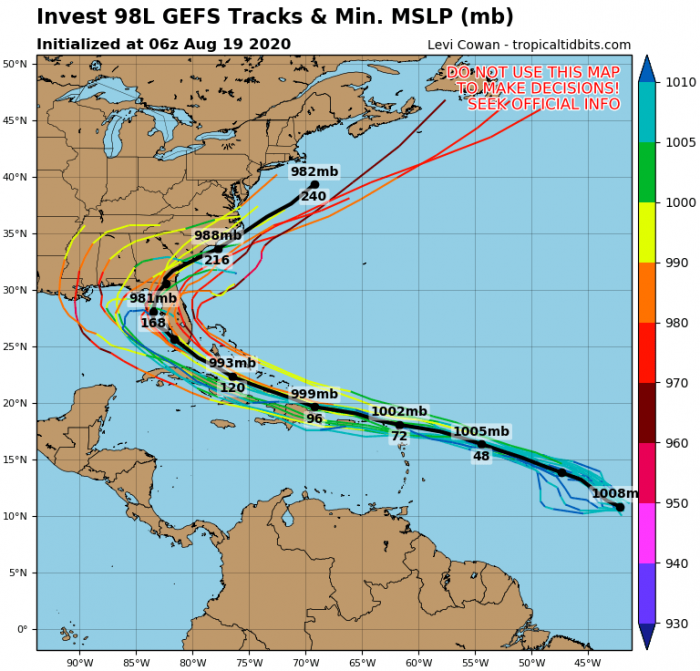 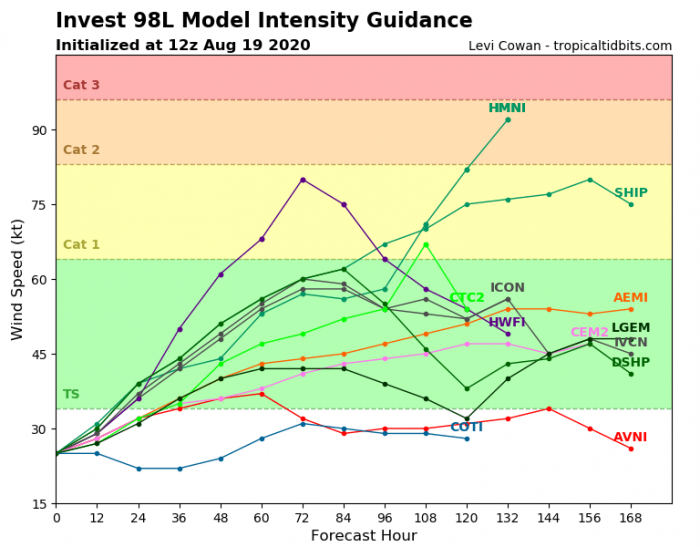 NHC is giving the Invest #98L a 90 % chance that a tropical depression will form within the next 48 hours. The system is surely in a very favorable environment for further strengthening and potentially becoming a tropical storm Laura in the next days. 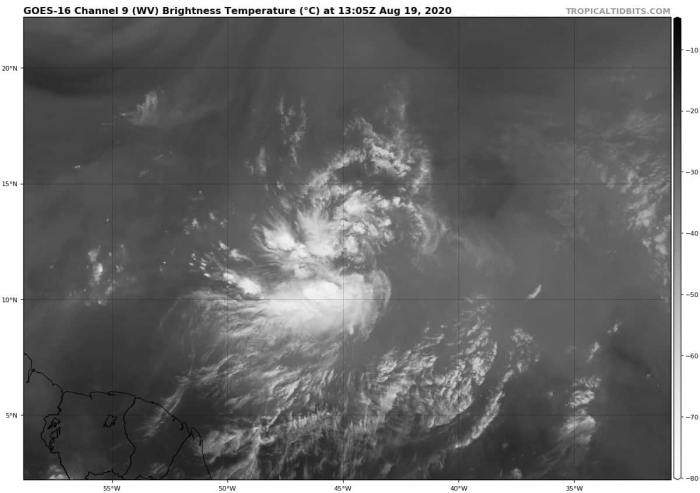 Another quite large area of rather widespread showers and thunderstorms is ongoing over equatorial Guinea and Sierra-Leone in western Africa. The activity is associated with a vigorous tropical wave moving towards the eastern Atlantic. Although the overall environmental conditions are expected to be rather marginal for significant development in the coming days, conditions are monitored how the system evolves after entering the warm Atlantic sometime on Friday.

NHC is giving only a 20 % chance of tropical depression/storm formation in the next 5 days. The system needs to be monitored further.

All the tropical waves are closely monitored and future updates are planned – stay tuned. The next in line are tropical storm Laura and Marco. The peak of the Atlantic hurricane season is approaching fast, so the activity is normally ramping up.

This year, the peak comes together with the very favorable Madden–Julian oscillation (MJO) pattern, delivering extremely favorable environmental conditions to the western and central tropical Atlantic!