We have discussed about the potential formation of tropical depression in the Gulf of Mexico a few days ago. The remnants of the ex-tropical storm Amanda sustained over Central America as the system was quite large. Deadly flooding occurred over El Salvador. Storms associated with the system have now re-emerged over the southwest Gulf of Mexico – Tropical Storm Cristobal has formed.

Cristobal has formed in the Bay of Campeche, southwest Gulf of Mexico – the 3rd Atlantic named storm of the 2020 hurricane season. Cristobal is the earliest date for an Atlantic 3rd named storm formation on record (since the year 1851). It is packing 35 knots of sustained winds, with a minimum central pressure of 1004 mbar.

A tropical storm warning is now in effect along the Mexican coast. This system is likely to maintain its relatively stationary position for a few more days over the southwestern Gulf of Mexico. Then, the system is expected to move towards the southern United States Gulf Coast early next week.

Satellite imagery indicates the system is becoming large and better organized today, with deep convection indicating the cyclonic structure. The storm is getting in better shape and gradually strengthening. 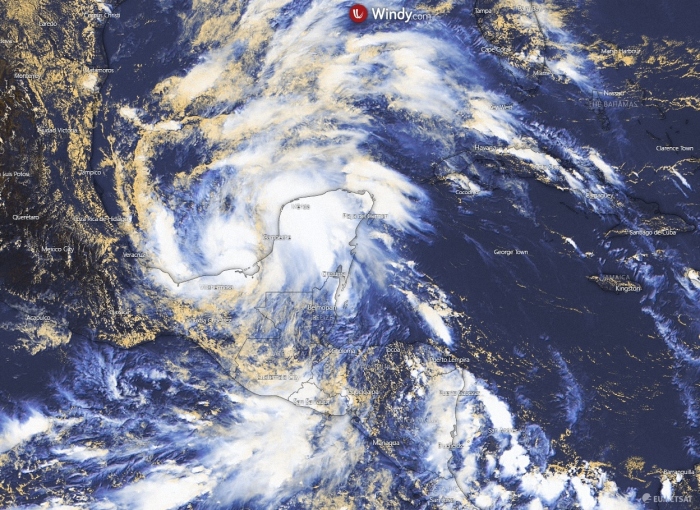 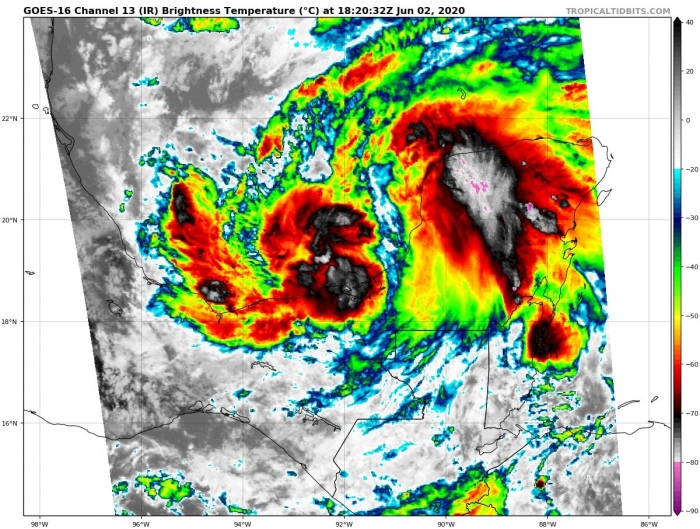 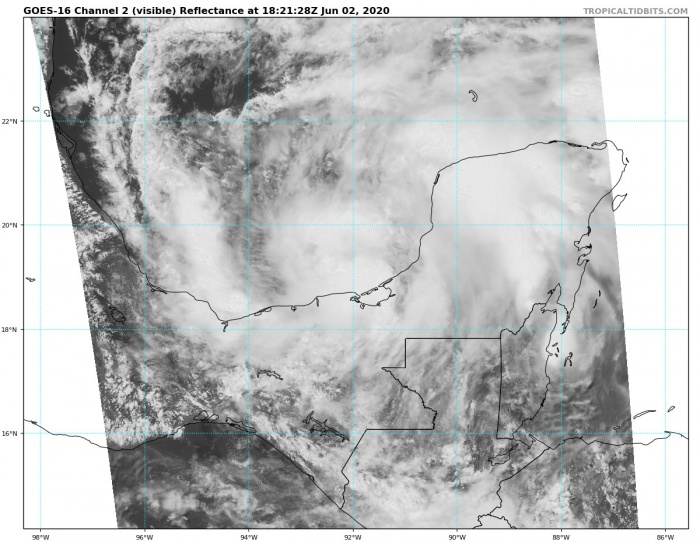 Radar loop of newly named Tropical Storm Cristobal moving along the coast of Mexico. Appears to be jogging SE from what I can see. #wx #Cristobal pic.twitter.com/lZWe9hUfF4

Early season TCs are not really well +correlated to increased overall TC activity for the season, but still an interesting historical note regardless. pic.twitter.com/0WnZNwQXSV

Advanced Dvorak Technique analysis estimates indicate there are 34-knot winds already present across the radii of 50-80 miles around the virtual center of the storm. The latest NOAA Hurricane Hunters aircraft have confirmed the better-organized system. Therefore, depression was upgraded to a tropical storm.

CRISTOBAL COULD REACH US GULF COAST

The National Hurricane Center (NHC) is hinting that Cristobal should maintain its position for a few more days over the southwest Gulf of Mexico. This should lead to additional heavy rainfall to portions of southern Mexico, Guatemala, Honduras, and El Salvador, which could cause life-threatening flash flooding and mudslides. Cristobal should then turn north and continue towards the southern US coast later this week and potentially make landfall next week: 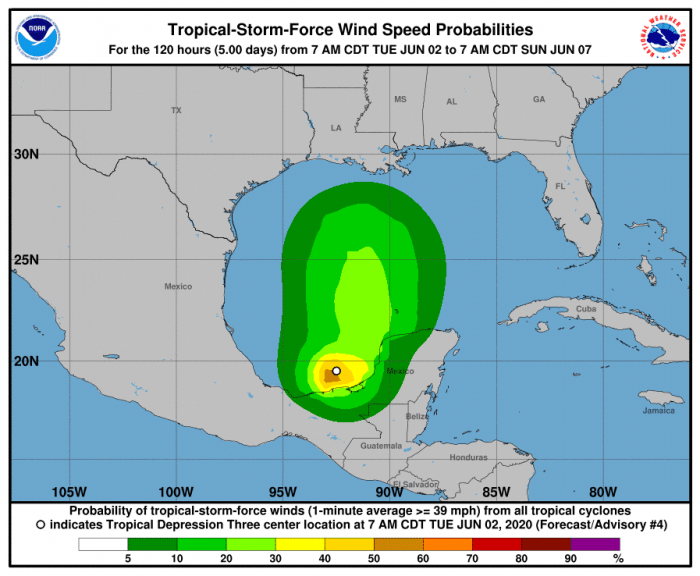 The most aggressive model regarding the precipitation amount, potential flooding, and winds is the ECMWF model. It is hinting up to 6 inches of total rainfall possible along the southern US Gulf Coast over the next 10 days. We can also see the main wind swath associated with the activity along the center of Cristobal crossing the Gulf of Mexico: 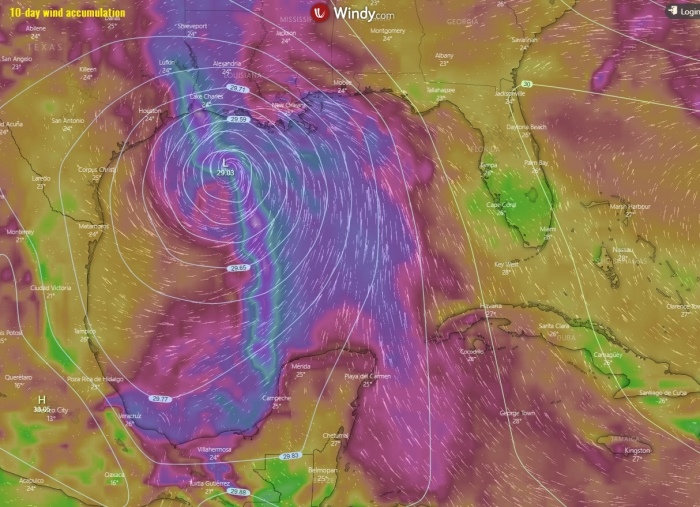 We will continue monitoring the system’s evolution and post further updates in the coming days – stay tuned!