The remnants of the Eastern Pacific Tropical storm Amanda are moving into Central America. The system is releasing a huge amount of rain across portions of southern Mexico, Guatemala, El Salvador, Belize, and western Honduras. Destructive flooding is ongoing in El Salvador, at least 14 death have been reported. Flooding and landslides threat should continue over the next few days while remnants could re-develop into Tropical depression Cristobal over the Gulf of Mexico.

This large system (remnants of Amanda) should sustain into mid this week while gradually moving north-northeast across the central American countries. If these storms/remnants move back over waters of the southwestern Gulf of Mexico, environmental conditions appear favorable to support further development of the tropical activity. This would mean we will see a new tropical depression that could form there. There is a potential we could see the next tropical system – Cristobal later this week.

The satellite imagery and animation reveal the overall activity will the remnants of Amanda are spread over a quite large area, supporting large and deep convective clusters. These storms are releasing tons of rain in some regions: 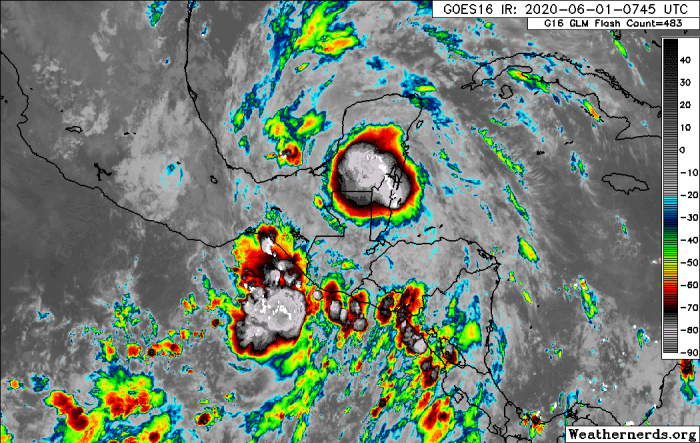 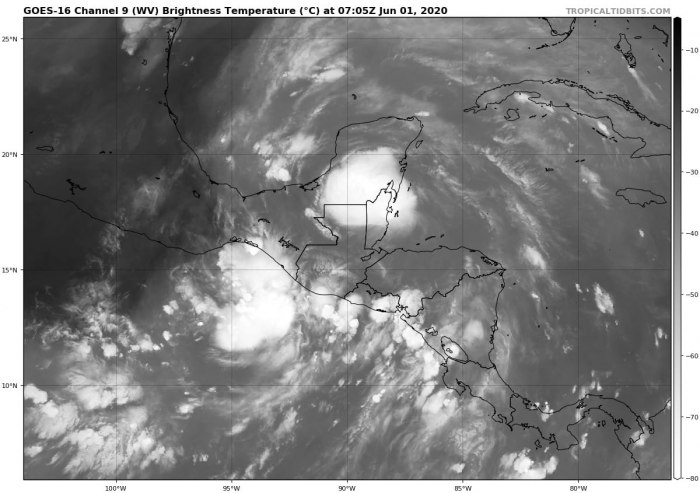 As promised, I wanted to illustrate the binary interaction between the remnant #Amanda vortmax & the larger Central America Gyre (#CAG).

The 12z GFS tracked the vortmax making a near full cyclonic loop around the CAG, going from the East Pacific, to Bay of Campeche & back again! pic.twitter.com/Avonfco02x

Breaking: TS #Amanda has formed in the eastern Pacific. This marks the first named storm of the 2020 season for the eastern Pacific. Amanda will move ashore this morning in Guatemala bringing heavy rains that may lead to flash flooding and mudslides across the region pic.twitter.com/Gwy0JCCJPk

Amanda has moved ashore this morning in Guatemala, bringing heavy rains and lead to flash flooding and mudslides across the region. Especially the country of El Salvador was badly hit. The future trends of the activity suggest the system could sustain across Central America and re-develop into a Tropical Depression Cristobal in the Gulf of Mexico later this week. However, its formation depends on how the activity will maintain in the coming days. If Cristobal eventually forms, its track could bring heavy rains into the southern US coast later. 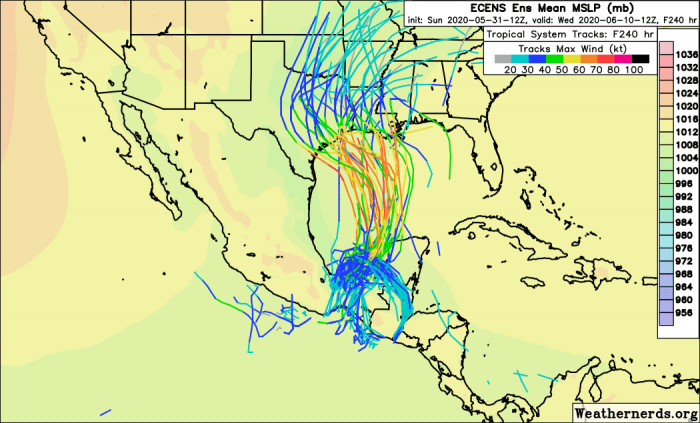 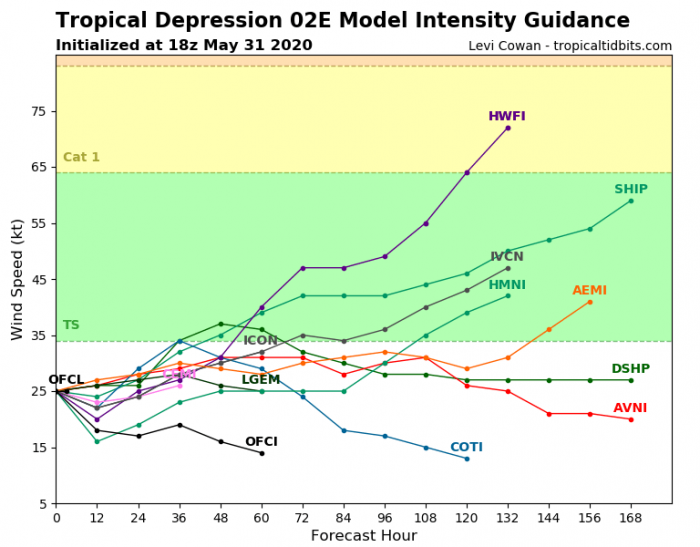 Here is the ECMWF model simulation for the rainfall amount along the system’s path over the next 5-10 days. It could indeed track the northeast and bring lots of rain also over the Gulf of Mexico. Potentially reaching Florida over the next weekend. However, it all depends if the system survives and re-develop once it finishes its crossing over Central America.

There are already numerous reports od destructive flooding and landslides from the country of El Salvador. Huge rains are still ongoing after Amanda came ashore on Sunday. Unfortunately, a number of fatalities (at least 14) has been reported as well:

I just received this video from #ElSalvador. It’s hard to watch a country go through so much. #tropicalstormamanda #Amanda pic.twitter.com/GNOupJUzpU

We are closely monitoring the evolution of Amanda’s remnants and will keep you updated in the coming days – stay tuned.

Note: Today, June 1st is the first day of the Atlantic hurricane season, which will last until November 30th.