The zonal flow pattern is established over Europe in the coming days, as deep troughs persist over the Arctic region with strengthening ridge to the south. As a result, several cyclones / waves will rapidly push into western Europe within the strong westerly flow and deliver unsettled windy conditions and locally lots of rain, leading to some flooding.

Strong zonal flow pattern develops over western Europe tomorrow as deep trough is located over the north-northeast Atlantic and strengthening ridge is developing over the Azores and east-central Europe. At the surface, the broad deep low-pressure system persists across the N half of Europe, resulting in warm advection with the westerly flow. 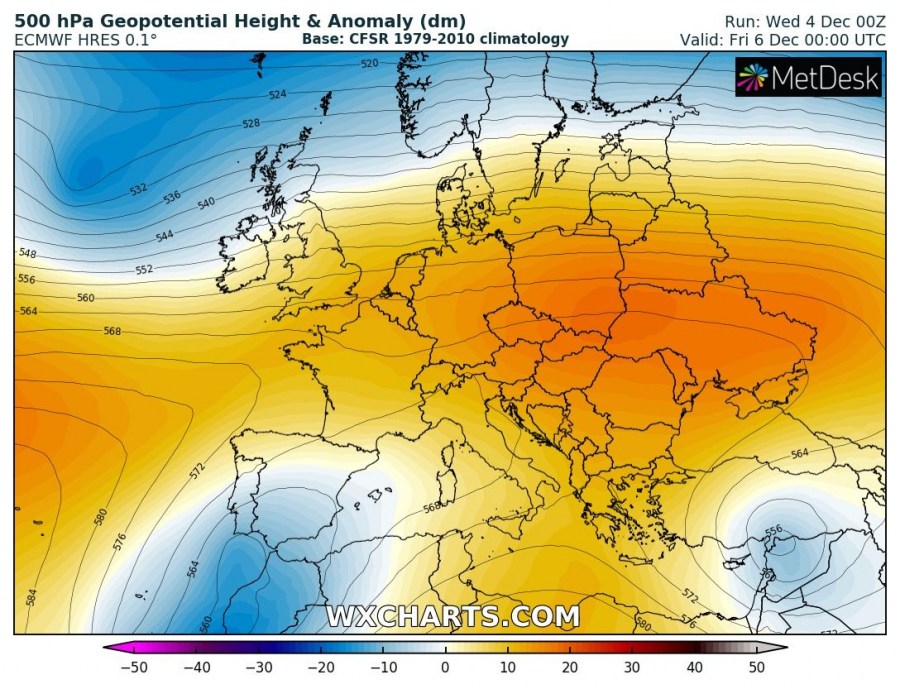 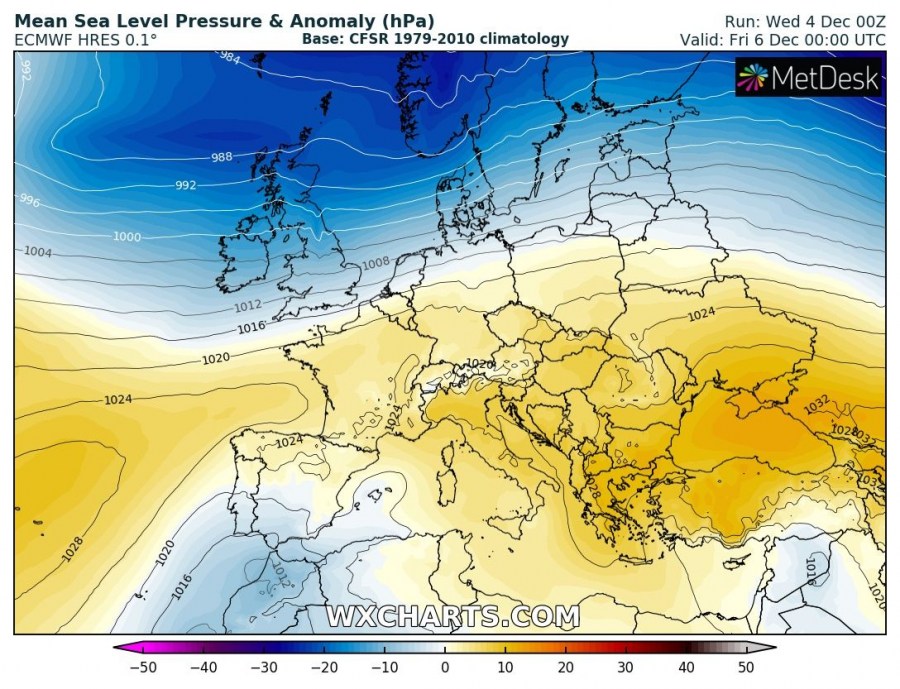 3-hour sequence of the cyclone, traveling from west to east across the northern parts of British Isles, Scotland. The cyclone should not be particularly deep, but a tight pressure gradient should result in heavy rainfall along the front and severe winds. 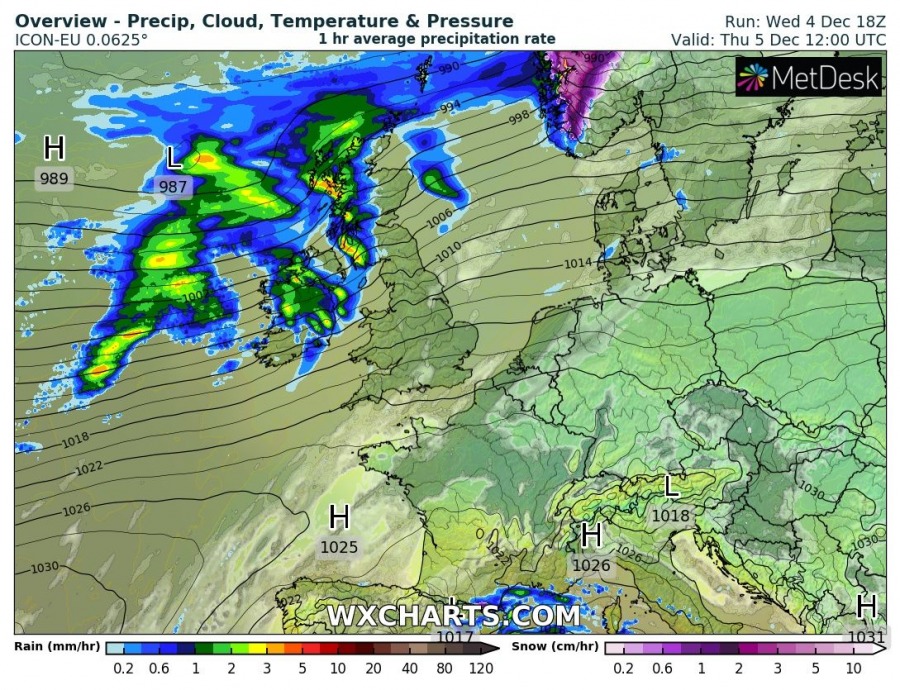 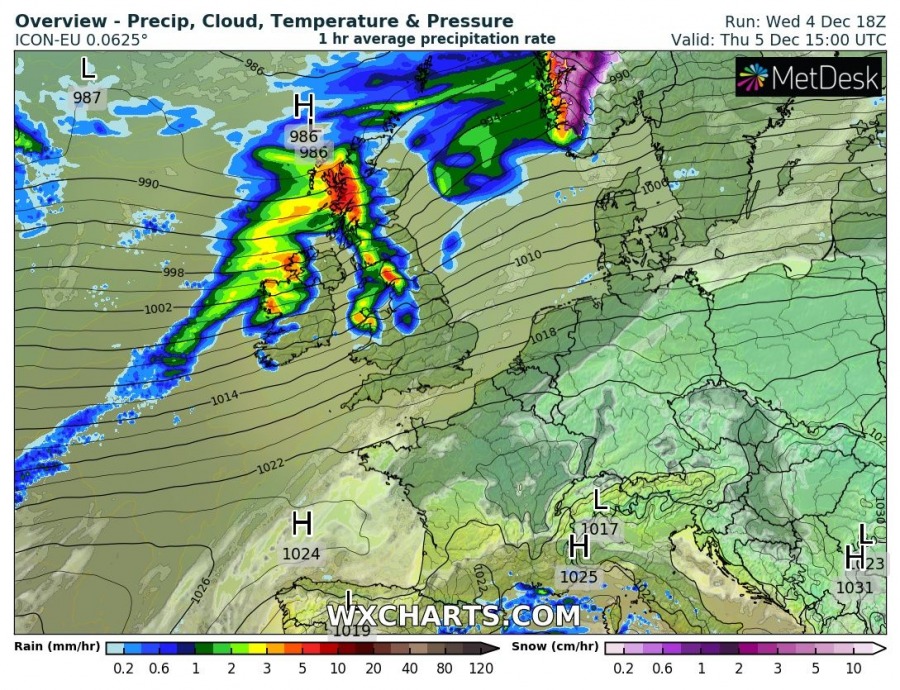 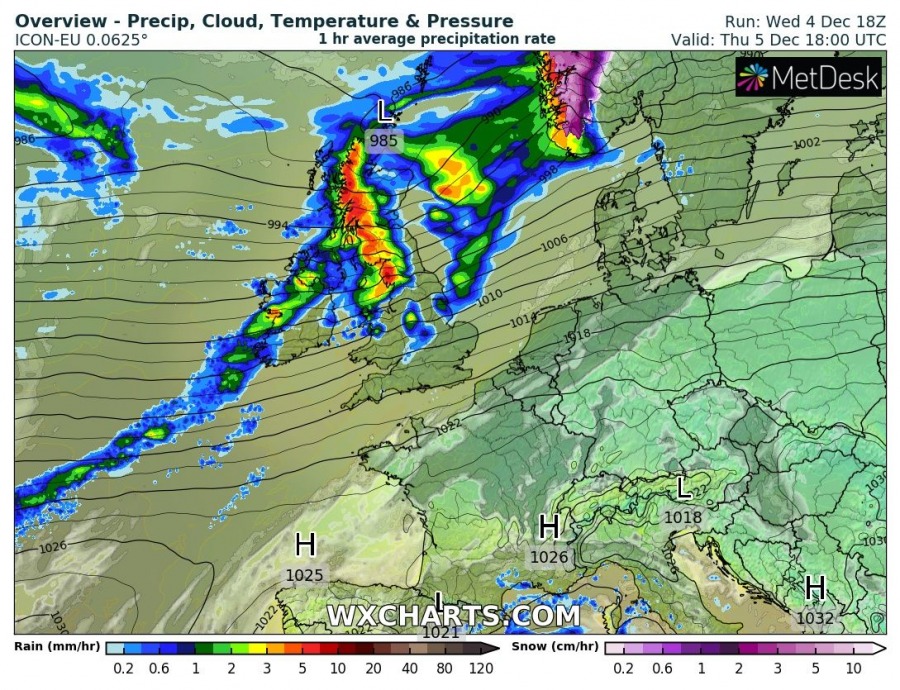 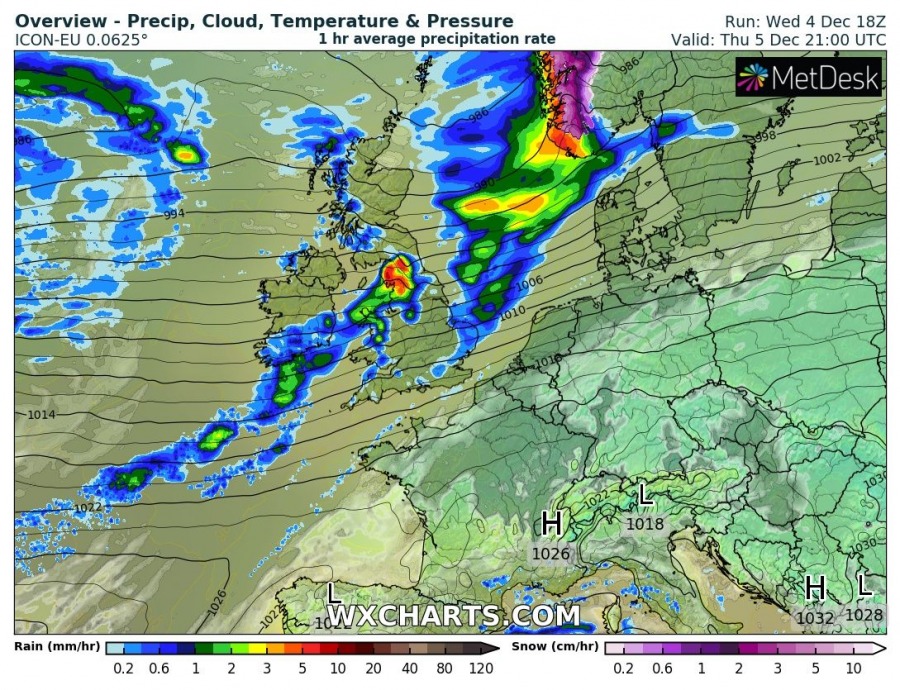 Severe winds are expected along with the tightening pressure gradient as a small wave / cyclone travels rapidly east with the westerly flow. Peak gusts could reach 90-120 km/h, possibly even more in some more exposed areas and indeed highlands – extremely severe gusts are expected there. 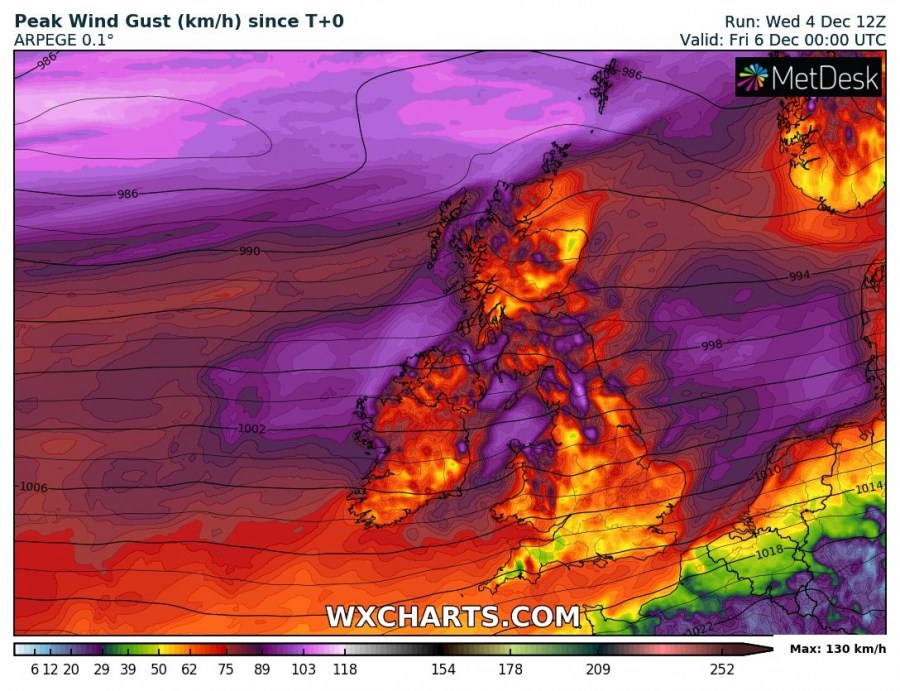 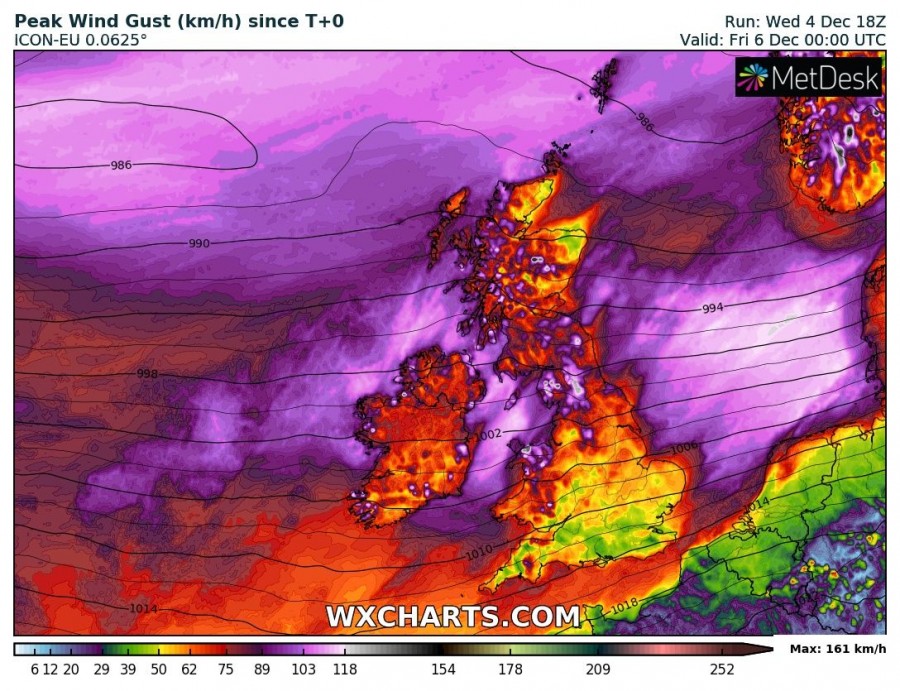 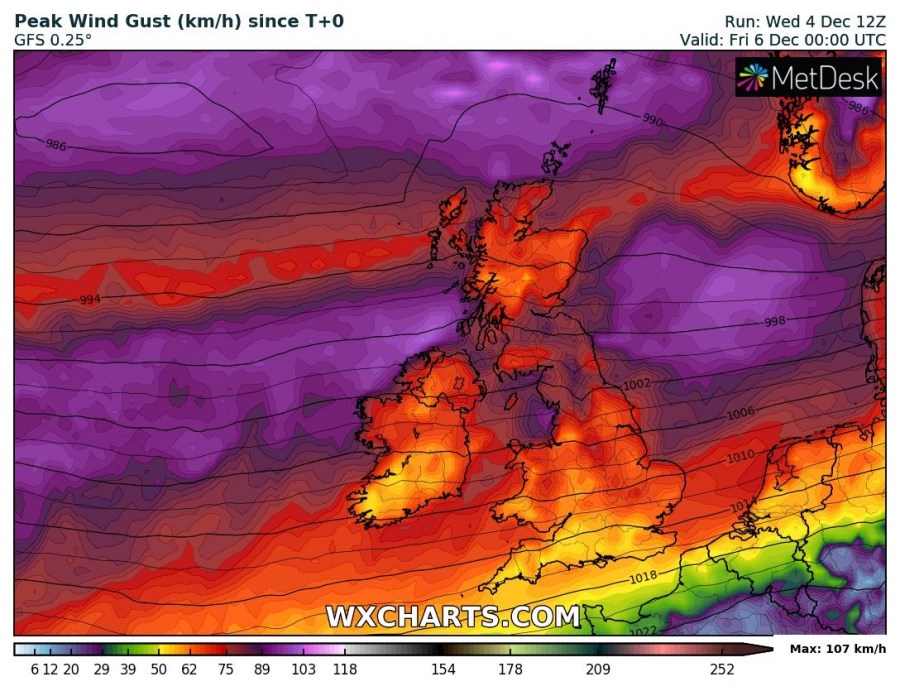 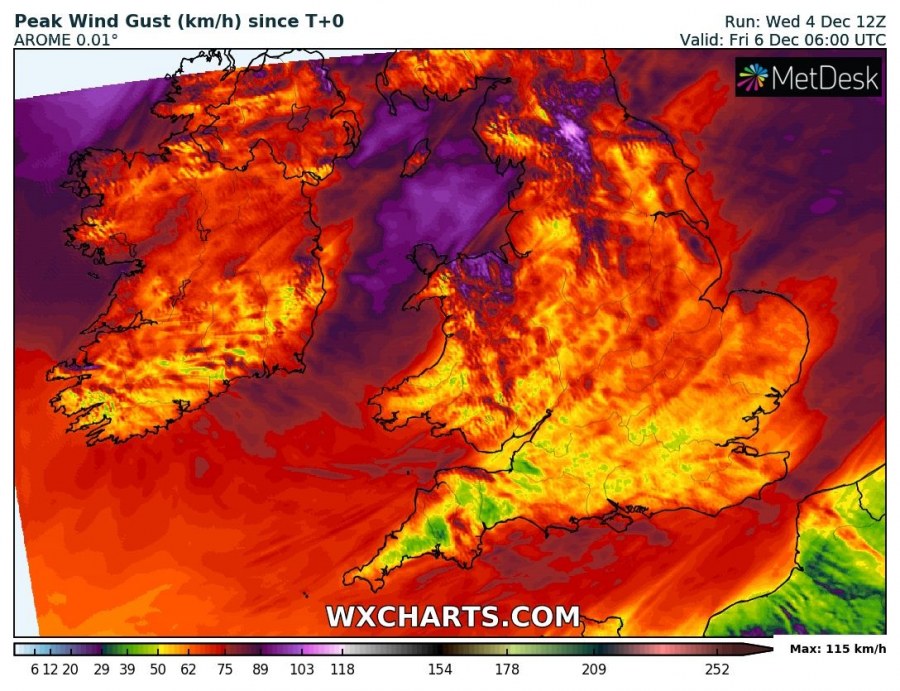 Persisting zonal westerly flow will develop strong orographic rainfall into the Scottish Highlands and locally bring 70-100 mm of total rainfall until Friday morning (within a 24-hour period). Excessive rainfall with locally 70-130 mm will also occur over the N England and Wales higher terrain. Some flooding could occur. 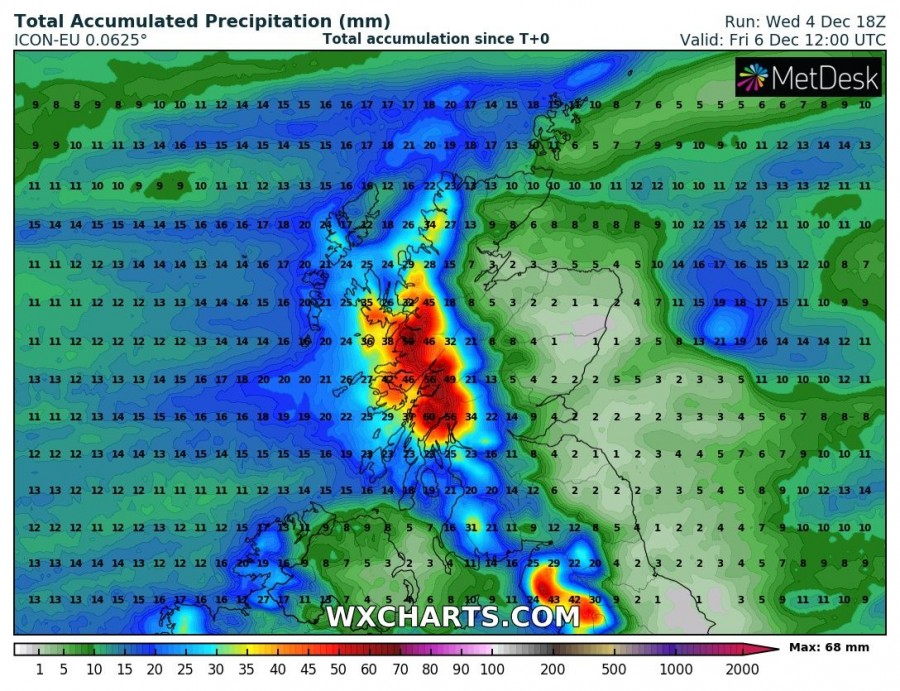 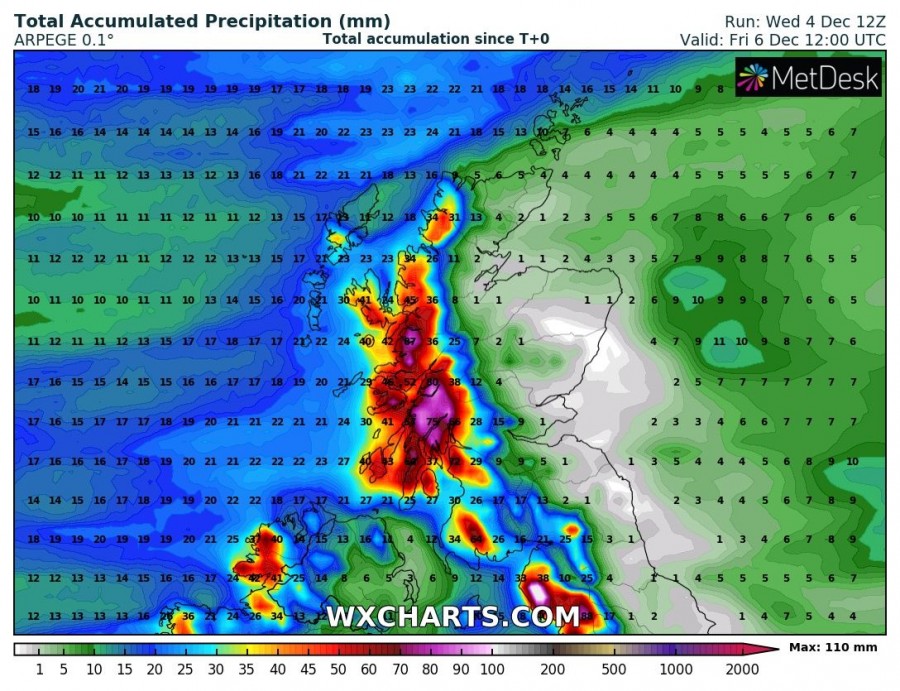 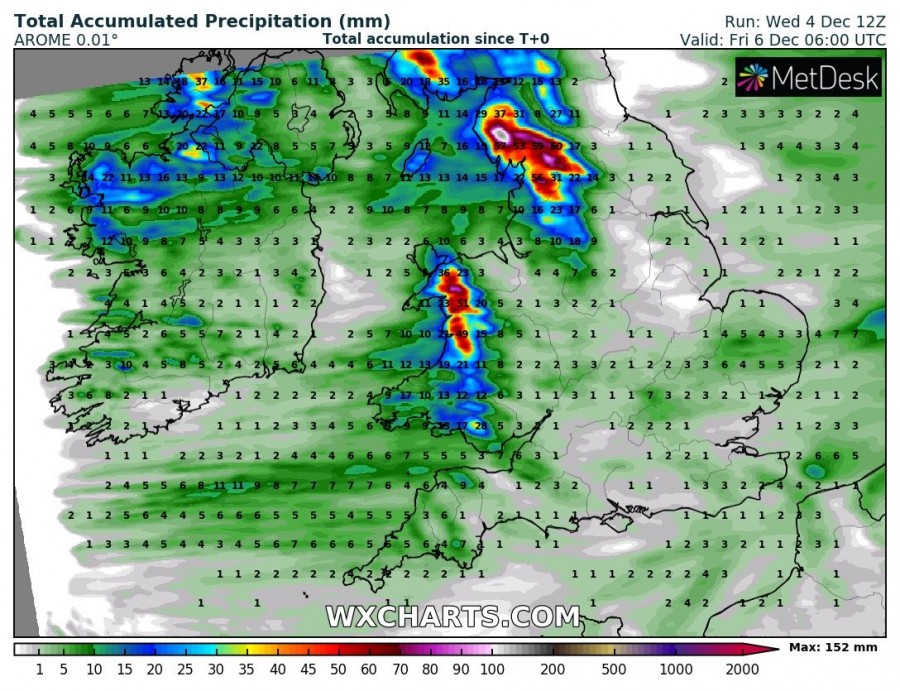 Stay alert for dangerous conditions and high waves along the coast of Northern Ireland and western Scotland.