The ex-hurricane Helene crossed the Azores with Tropical storm characteristics and strength last night and is now on its way towards western Europe. Helene will be an intense post-tropical/extra-tropical storm and expected to bring gale force winds up to around 120 km/h across south Ireland and parts of UK tomorrow late evening and overnight to Tuesday, Sept 18th.

Right now, Helene is quickly undergoing an extratropical transition and will be accelerating northeastward and becoming absorbed in a large baroclinic zone extending over the northern UK. Here is the most likely scenario of its centre track across the British Isles and Ireland.

Based on various model outputs, Helene will likely produce a strong windstorm with wind gusts around 100-120 km/h. Attached are model comparisons of GFS, ARPEGE, ICON-EU and HWRF models. 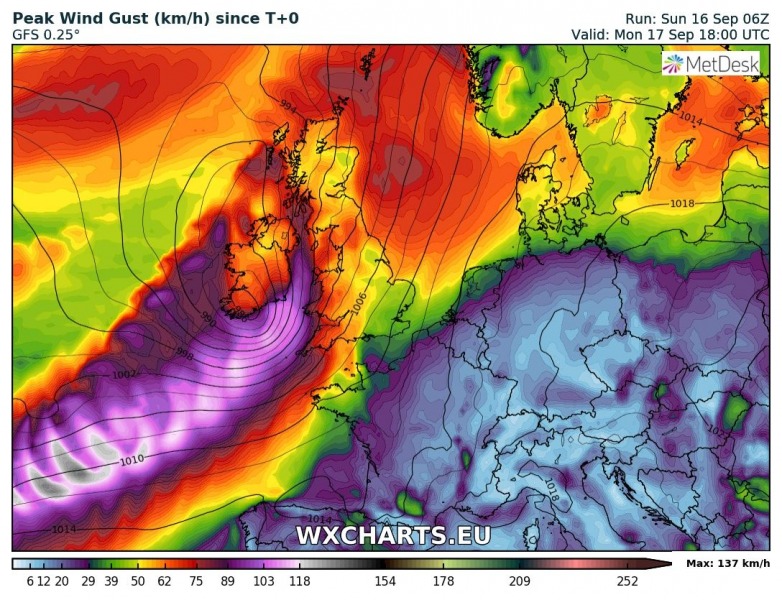 Precipitation swath associated with Helene – most of the excessive rainfall remains to the west of centre, however.