Hurricane Leslie strengthening in the central Atlantic, heading towards the Azores and western Europe by mid next week

We now have the sixth hurricane of the 2018 Atlantic hurricane season – Leslie was upgraded into a hurricane this morning. Satellite imagery reveals a strengthening system with a large eye becoming visible. Leslie is expected to turn sharp east on Saturday and could eventually head towards the Azores islands and then accelerate towards the western Europe as a potentially very intense cyclone late next week.

IR satellite images indicate more intense convection ongoing around the eye. The hurricane continues with increasingly better organization in a favorable environment with very warm sea surface and low shear along its path. 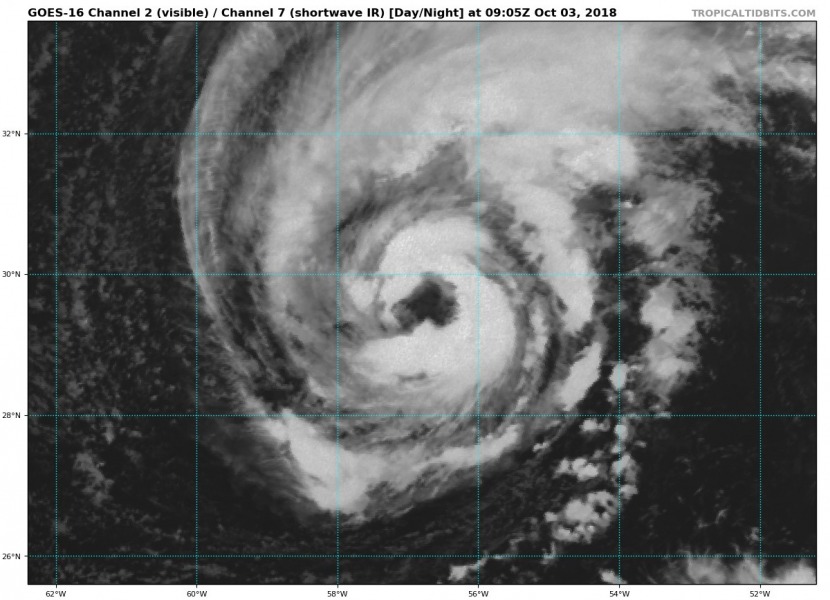 Leslie is slowing down its movement towards SSW today, and expected to make a turn tonight. It will then move due north for about 48 hours before making another sharp right turn, towards the Azores on Sunday. 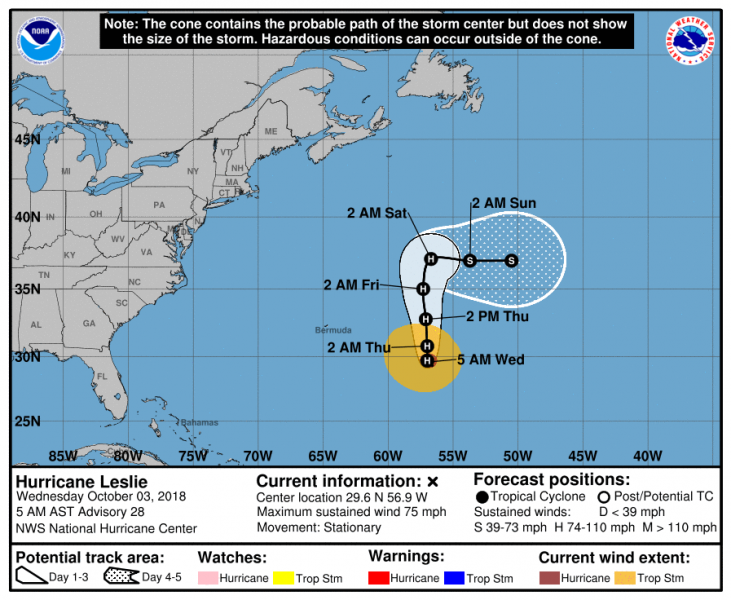 Models are hinting the post-tropical system will become more severe as it pushes into the northern Atlantic. Both GFS and ECMWF global models are indicating similar development. 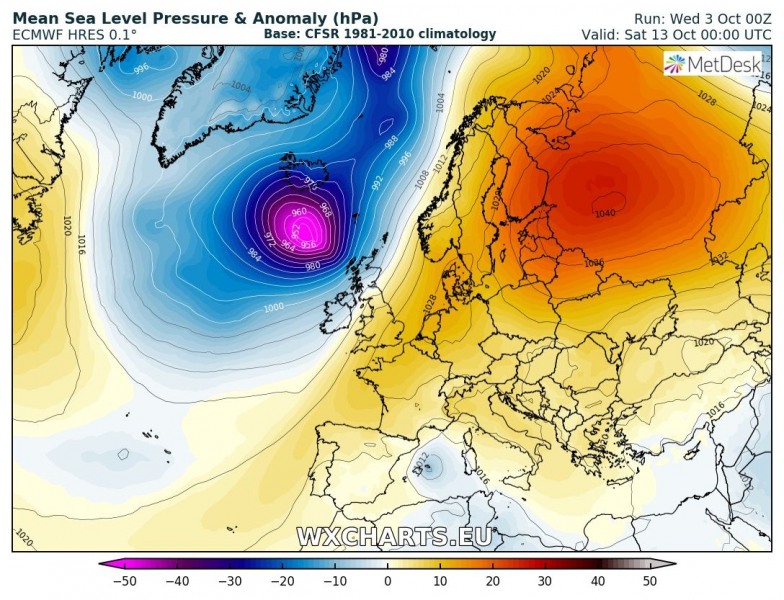 Peak wind gusts swath for Leslie – the hurricane continues towards the Azores on Friday and then turns NE towards western Europe by the middle of next week. The Azores could get hit hard with huricane force winds sometime around Wednesday or Thursday.

«Next Post Extreme threat for flash floods across southern Italy until Saturday, Oct 6th
Hurricane Leslie on its way towards the Azores next week, results in a very warm weather over Europe Previous Post»