Super Typhoon Mangkhut maintains its status and has remained a solid Category 5 Super Typhoon through all night. It is now even stronger than during the previous satellite update – 1-minute sustained winds are now at 180 mph, which is almost 290 km/h. Gusts are up to 220 mph or 355 km/h! Central pressure is now estimated at 898 mbar.

Finally, a new day is opening over the typhoon and again we face an incredible textbook structure of a powerful CAT 5 storm. Notice the completely symmetric shape and textbook stadium effect on the very intense eyewall.

Latest model guidance is almost coincident to the previous two runs, so the future path leads Mangkhut into the northern outskirts of Luzon island on Saturday morning local time. Still with a powerful CAT 5 strength. 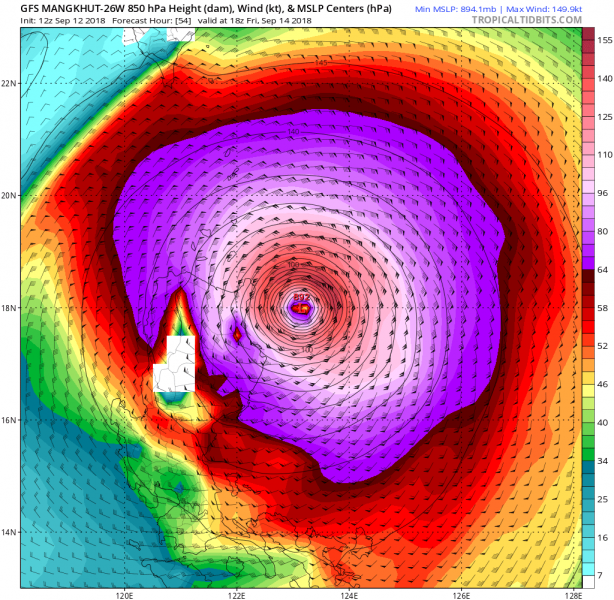 12z GEPS (GFS ensemble) maps still show some possibilities of Manghut to miss the Luzon with its dead center. But the typhoon is so incredibly large, it would still very strongly affect the northern parts of the Island. It would even put the area in higher danger as the southern part of the eyewall would brush the coastal areas with near 300 km/h winds. 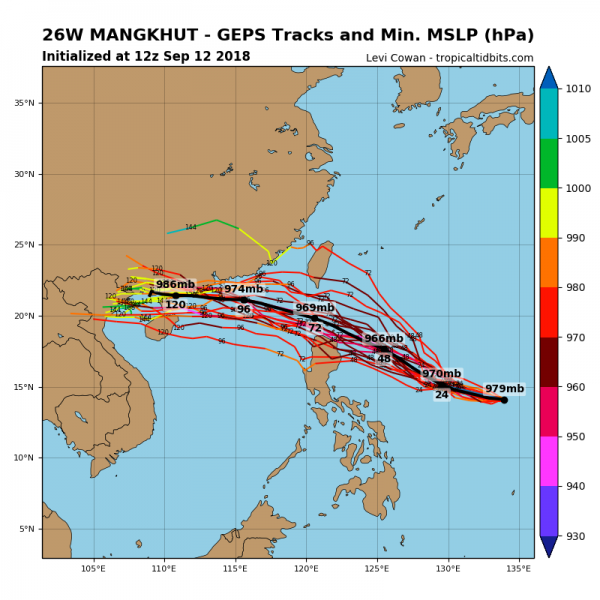