The most intense tropical system of the year so far – Super Typhoon Mangkhut – maintains its Category 5 strength in western Pacific today. It is heading towards the strait of Luzon in two days. Latest model trends are suggesting Mangkhut will probably make landfall as a Category 5 typhoon on Saturday morning, devastating the northern parts of Luzon island with 250 km/h sustained winds and destructive flooding.

The morning light brought some spectacular satellite imagery of typhoon Mangkhut in the visible spectrum, while the imagery in Infrared spectrum is nothing short of impressive as well. Mangkhut has such a textbook structure, perfectly symmetrical and compact shape with very cold cloud tops – all signs of a very powerful storm with undisturbed outflow ventilation in the upper levels. 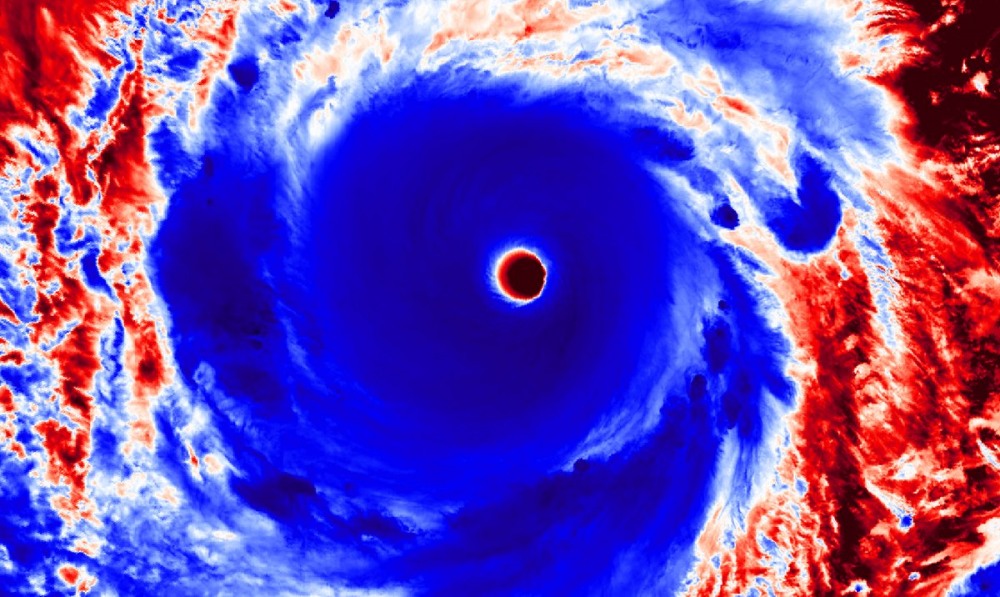 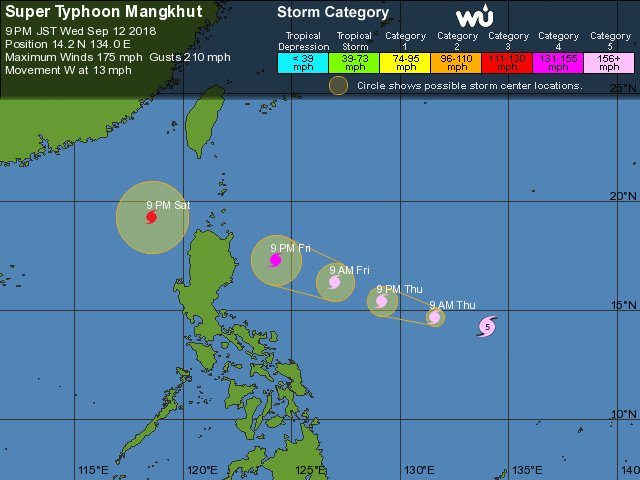 Attached are some additional impressive satellite images from today. Mangkhut is a very large typhoon and no other system can compare with this one so far this year! 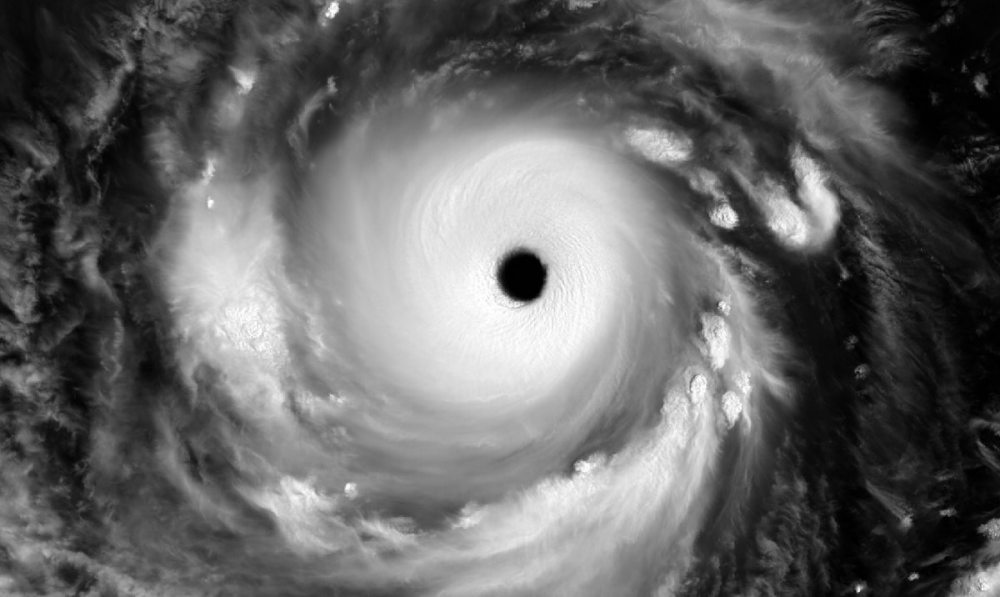 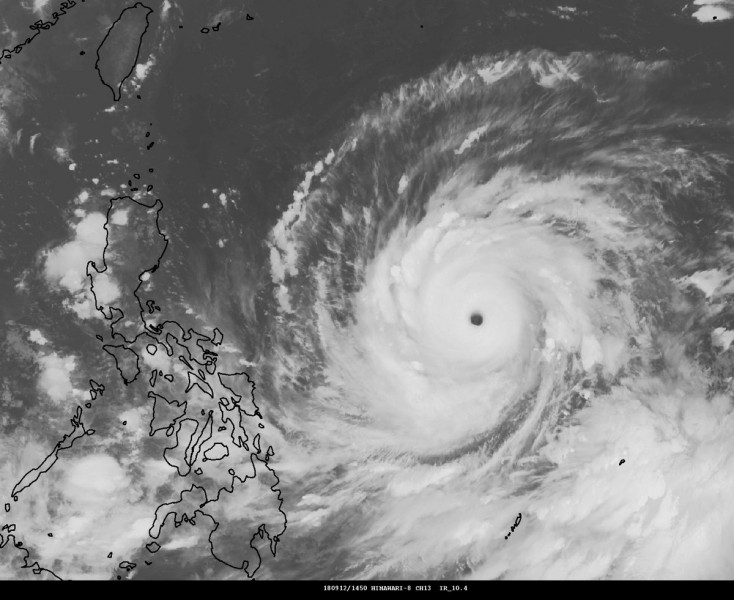 The future track of this Super Typhoon has changed a little as Mangkhut is expected to make landfall in the northern parts of the island Luzon, Philippines on Saturday morning local time. Given the expected track through the extremely warm sea surface waters and an impressive amount of ocean heat content, Mangkhut will likely remain a powerful Category 5 typhoon and bring destructive winds into the area. The potential is high for a catastrophic winds and flooding, as well as major storm surge there.

The GFS model has been the most intense so far. Some of its runs have pushed central pressure even to near 870 mb. GFS is known to overestimate tropical systems, so it will likely be around 900 mbar based on trends and current observations. Landfall should be just a few hours after the peak intensity expected by most of the models, so basically at the worst time possible. 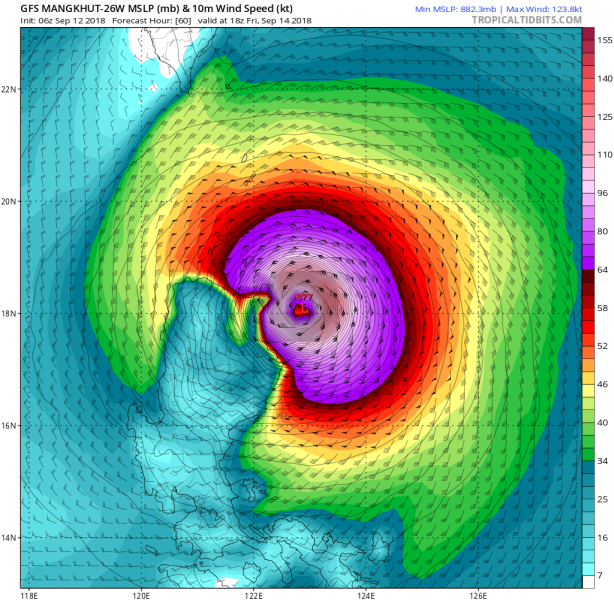 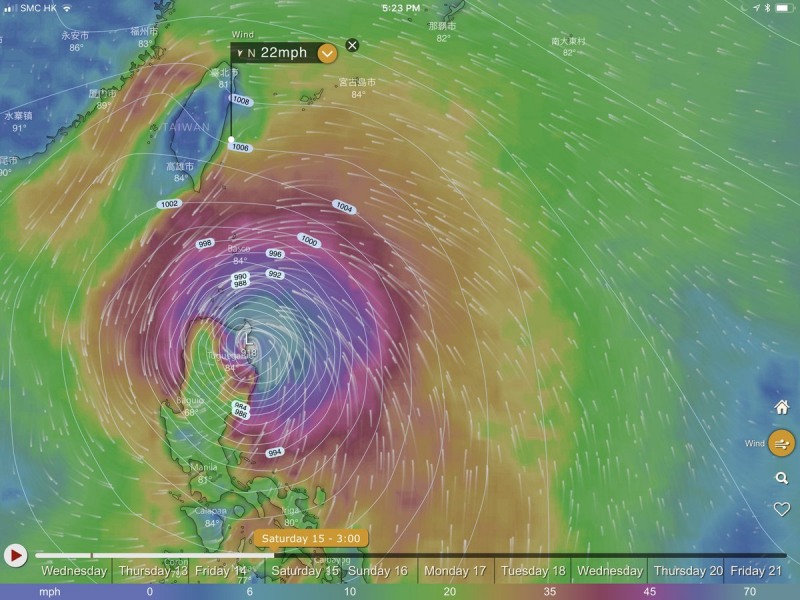 We will have more updates on Mangkhut this evening when daylight arrives over the typhoon and reveals its morning structure – stay tuned!