November 30th is the official end of the Atlantic hurricane season, but a record-breaking 2020 season just doesn’t give up. There are currently two waves in focus, where an impressive non-tropical low could become a Subtropical storm Kappa soon. The system will spread severe winds and major waves into Azores, Madeira, and the Canary Islands over the next few days.

EUMETSAT satellite imagery on Saturday reveals an impressive development of non-tropical surface low, centered to the west of the Iberian peninsula. Roughly in the middle between Portugal and the Azores. The system is moving south towards Madeira and the Canary Islands.

Visible satellite of the system’s core indicated some deep convective storms forming across the western parts of the system, with a well-defined surface low circulation. As we can see from the image provided by Windy.com below, its frontal boundary is extending into the western Iberia from the western Bay of Biscay. 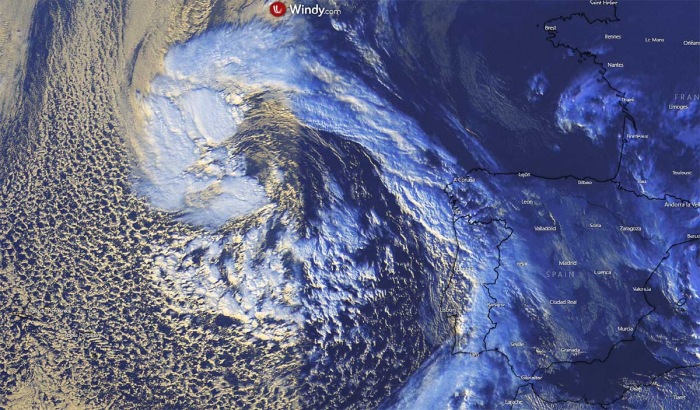 According to the National Hurricane Center (NHC), a strong, non-tropical low-pressure system over the far eastern Atlantic is expected to move southward about midway between Portugal and the Azores through the weekend. The environmental conditions could allow the low to acquire subtropical characteristics early next week while it meanders just to the north of the Canary Islands.

By the middle of next week, environmental conditions are forecast to become unfavorable for further development and the system will gradually weaken. 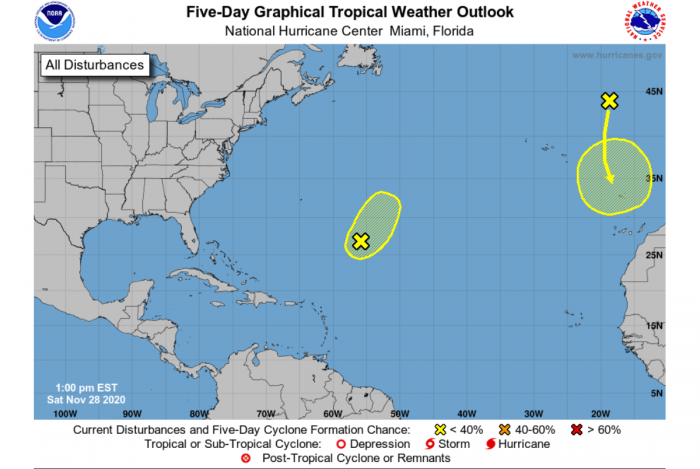 While there is also another non-tropical system in the Atlantic where a low-pressure area is located about 650 miles east-southeast of Bermuda. It has opened up into a surface trough. However, a development of this system appears increasingly unlikely before it is absorbed by another non-tropical low-pressure system to its north on Sunday and eventually merges with an approaching frontal system over the north-central Atlantic early next week. 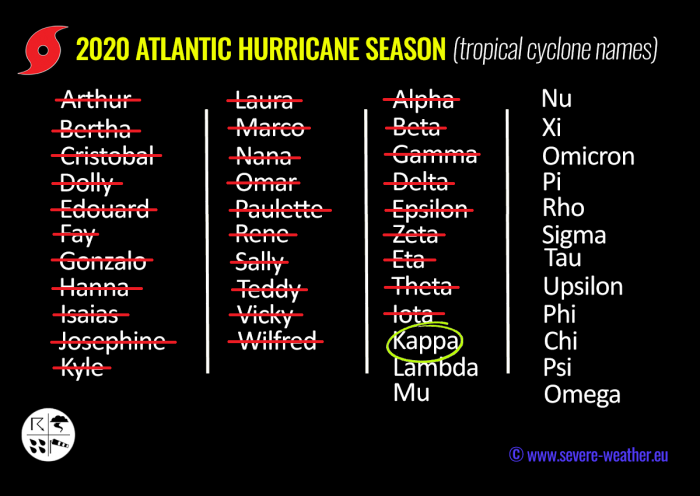 While moving south, the system will generate a broad area of severe winds and major waves, gradually spreading towards the Azores, Madeira, and the Canary Islands.

A very impressive water vapor satellite scan on Saturday afternoon indicated a rather rapidly developing storm, located to the west of the Iberian peninsula. Located roughly the midway towards the Azores. A spectacular dry conveyor belt is seen, wrapping into the system’s core.

Below are details for the mean sea-level pressure for the system estimates by the NOAA.

The surface depression began forming southwest of Ireland on Friday afternoon when a deep trough was emerging south across the Eastern Atlantic. Then, the system was slowly sliding south across the western portions of the Bay of Biscay and reached somehow in the middle between the Iberian peninsula and the Azores by Saturday afternoon: 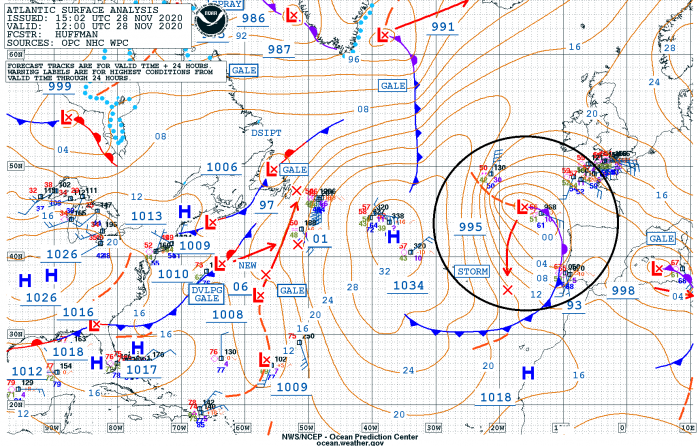 During the afternoon hours, the NOAA MODIS satellite scan revealed a quite spectacular structure of a developing storm. With a broad channel of cold air mass being pushed behind the cold front, spreading across the Azores and towards Madeira and western Iberia. 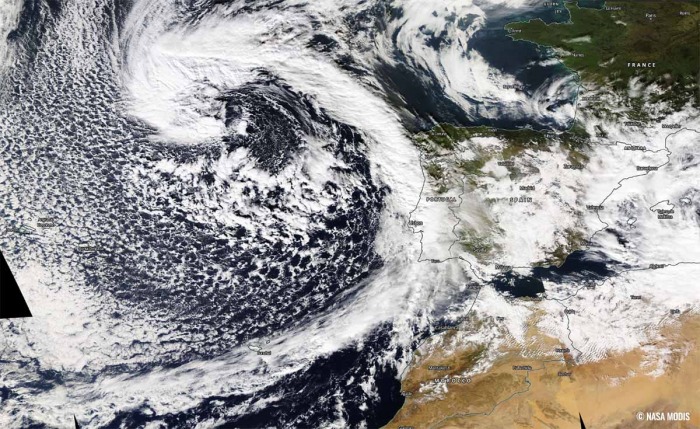 The advection of cold maritime air mass is even better visible on the earlier water vapor satellite image above.

It appears likely that the system will continue deepening and organizing while moving south. During Sunday night, the central pressure will be just shy above 990 mbar. There is a strong ridge and high-pressure system over the Atlantic further west, while another large upper low is located over the Mediterranean. 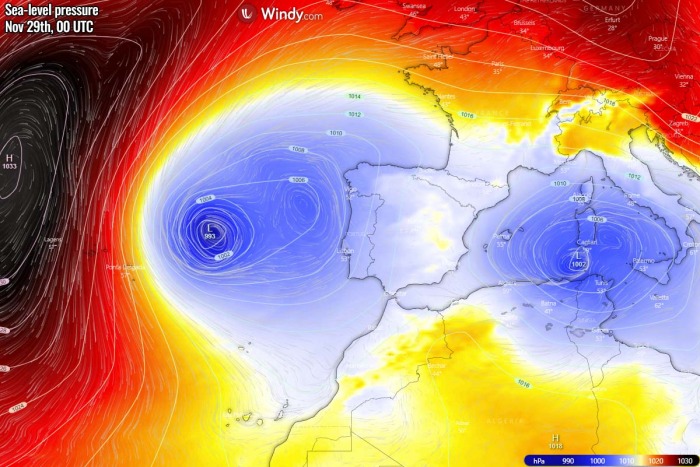 On Monday, the upper ridging expands into western Europe, so the upper low gets trapped to its south. It continues moving south between the Azores and the Canary Islands, with its center very near the Madeira island on Monday morning. Models do hint its transition into a subtropical low. The low will maintain the low 990s central pressure. The upper low over the Mediterranean will finally weaken while drifting east. 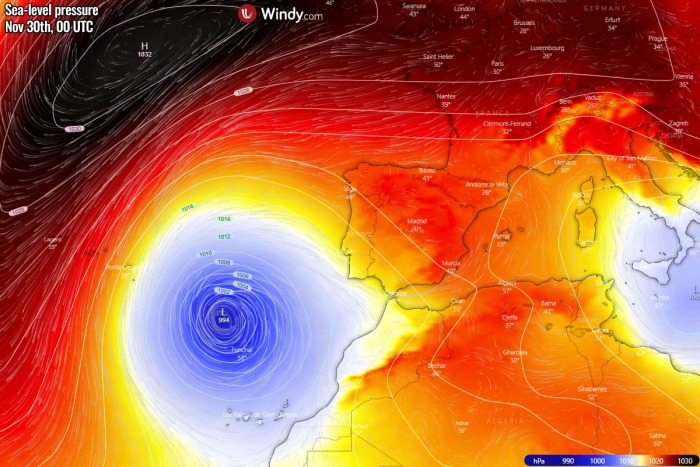 A similar mean sea-level pressure picture is seen on Tuesday, with the system possibly being fully organized as a Subtropical storm. It will slow down its forward progress towards the south and maintain its position roughly northwest of the Madeira island. The upper ridge and high-pressure system to its north will be strong, centered over the Bay of Biscay and to the west of Ireland. 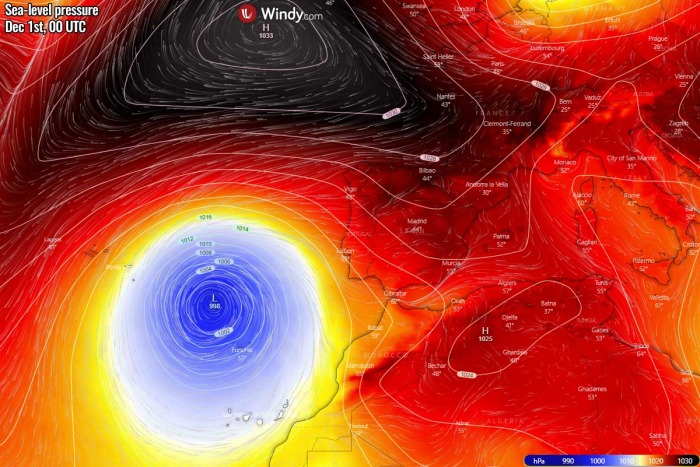 Here are the GFS ensemble model tracks simulations. GEPS is in fairly good agreement the system will continue moving almost due south until Monday afternoon, then it might maintain in the same general area for a few days while attaining subtropical or even tropical conditions. 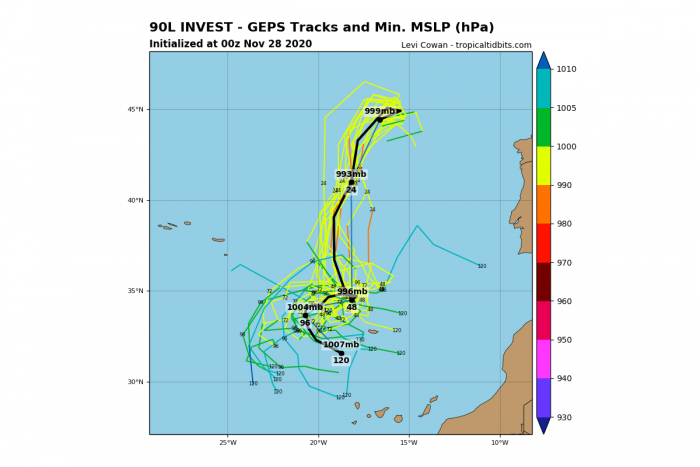 If the model trends persist, we may see a Subtropical (or even tropical) storm Kappa to form on Monday or Tuesday. Chances are definitely there as conditions could support such an evolution after the system is fully closed off by Monday.

The Atlantic 2020 hurricane season would then see its 31st storm on its final day as the official end of the season is November 30th.

SEVERE WINDS FOR AZORES AND MADEIRA

It is quite impressive how well-organized the upcoming subtropical system is already on Saturday. And what models are trending, is definitely calling for a subtropical storm or eventually also a tropical storm transition sometime on Monday or Tuesday.

Attached below is the 3-day wind accumulation map over the region.

We can clearly see the most intense winds will be located along the western part of the southward trailing surface low, reaching severe speeds. The attached map below indicated the position of the low on Monday evening, centered to the northwest of Madeira island. The island will likely be experiencing a very windy few days period.

Nevertheless, strong to severe winds are expected over the region from Sunday through the mid-next week. And all the islands will likely experience these winds, and those could be quite dangerous on some islands where orographic features could locally increase the wind speeds to violent forces.

HIGH WAVES AND RAINFALL FOR THE AZORES AND MADEIRA

Another dangerous result of the forming subtropical storm near the Azores and Madeira will be significant sea waves. Those will be the strongest through Sunday morning when the low is deepening at a faster rate. It appears likely that the waves could reach 10-12 meters (34-36 feet) height, gradually spreading south towards the Azores. 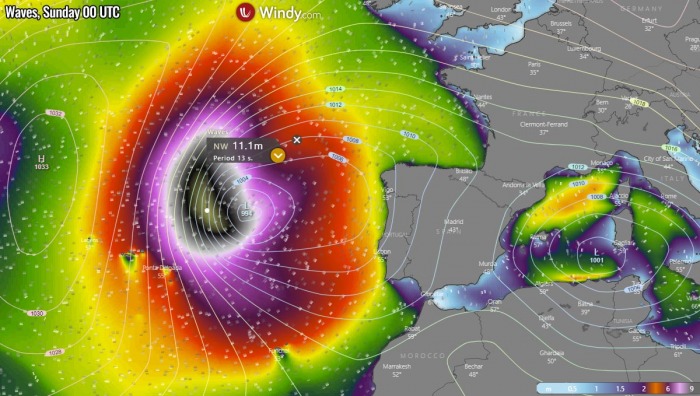 Models are forecasting that the eastern Azores will likely be in the worst position to take the highest waves through Sunday. As we can see from the chart below, a wave up to 10 meters will be still possible during the afternoon hours. Dangerous waves will hit the coast and continue further south towards Madeira as well. 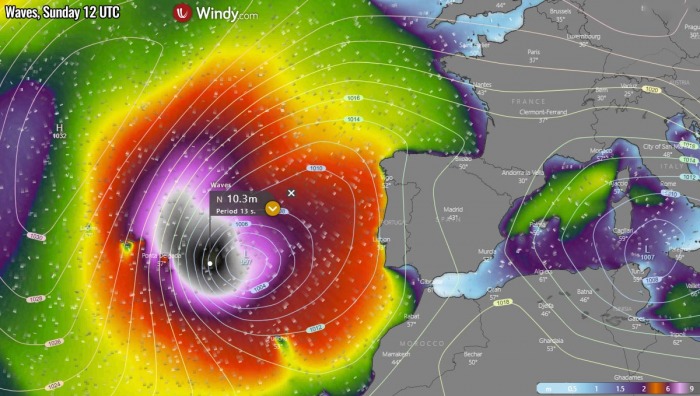 Towards Sunday night into Monday morning, the strengthening of the low will be completed but the pressure will remain low. This will be less supportive for maintaining very high waves, but still, waves will remain very high while the system’s center will come closer to Madeira island.

As the system slows down on Monday, its thunderstorm activity will maintain over the same areas for a longer period of time. This means higher rainfall accumulations are likely, especially on its front, warmer side. Therefore Madeira island and areas further north could see around 100-150 mm of total rainfall through mid-next week. 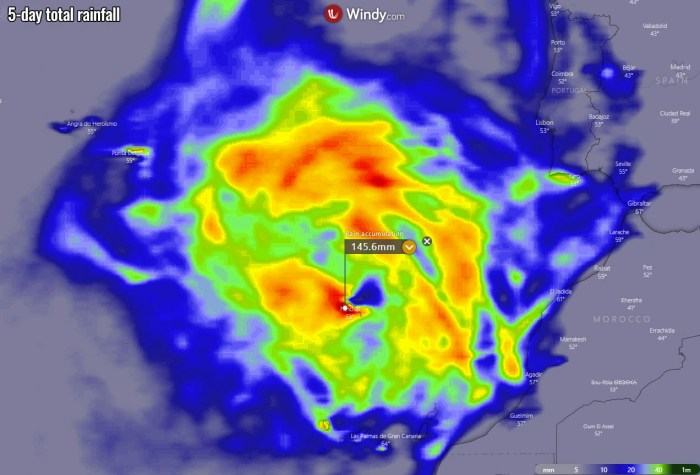 Some flash floods will also be possible locally.

The last Tropical Storm was Iota two weeks ago, so the 2020 Atlantic hurricane season has reached the 30th named storm. A record-breaking number of storms in one season.

Iota, therefore, is the ninth (9th) named storm from the Greek alphabet list. So the season now is well above the previous record of 6 named storms from this list, set in 2005.

And the season might be aiming towards Nu or Xi storm names at the end, surely there are possibilities. Stay tuned!

>>Winter storm with blizzard is forecast to develop across the Great Lakes through Tuesday, while severe storms for the Atlantic coast on Monday<<