The now CAT 1 hurricane Florence is brushing the coastal areas of North Carolina now, resulting in major storm surge combined with very intense rainfall and flash floods. Numerous areas along the coast have already been flooded. Florence is moving very slowly towards west now, so these extreme weather conditions are expected to prevail through much of the night and morning hours local time.

Radar and satellite analysis is revealing a still impressive structure of the inner eyewall, positioned about 30-40 miles off the coast SE of Wilmington, Carolina. This puts the coastal areas in greater danger as the almost complete and closed eyewall is being maintained over the warm waters and releasing its power ashore. 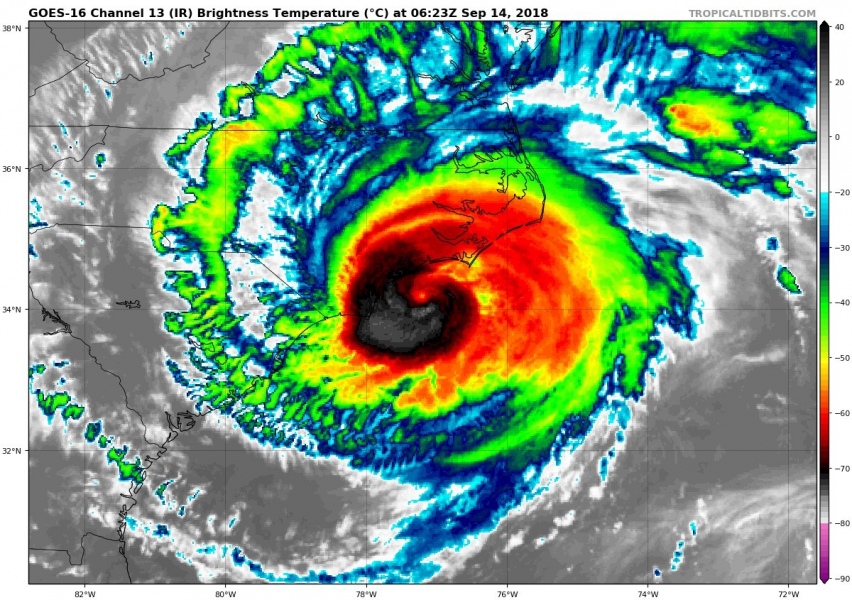 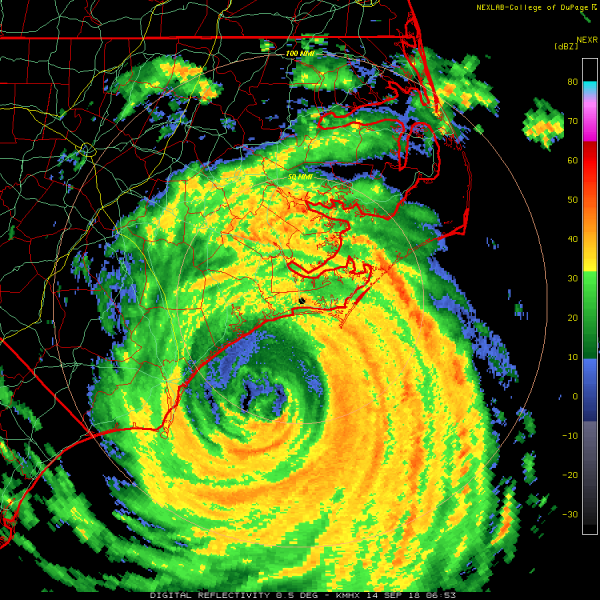 Tropical storm winds probabilities map by NHC suggests a large part of coastal North Carolina as well as eastern parts of South Carolina will be affected by severe winds. 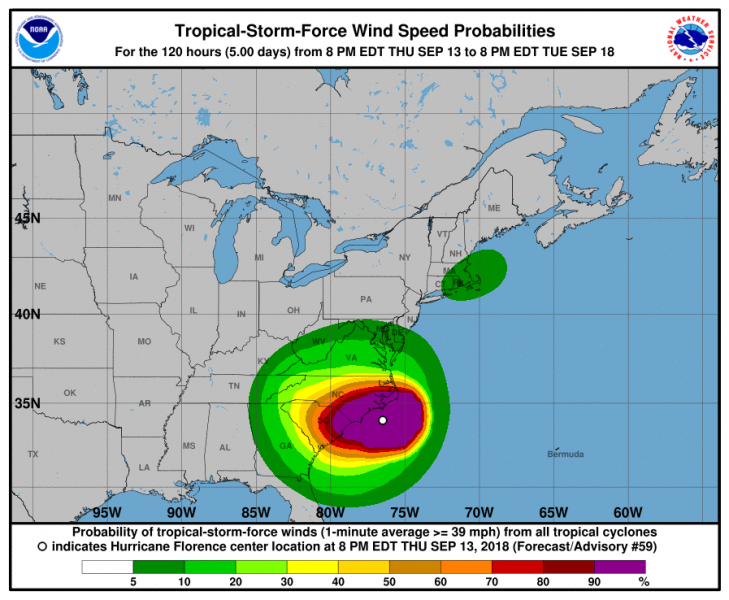 Florence will be moving slowly towards W-SW today and is likely to make landfall with inner eyewall in the next 6-12 hours near the city of Wilmington. The most intense rainfall is expected to be maintained on the eastern side of Florence, so around Morehead City area where models are pointing towards the most excessive rainfall through the whole event. 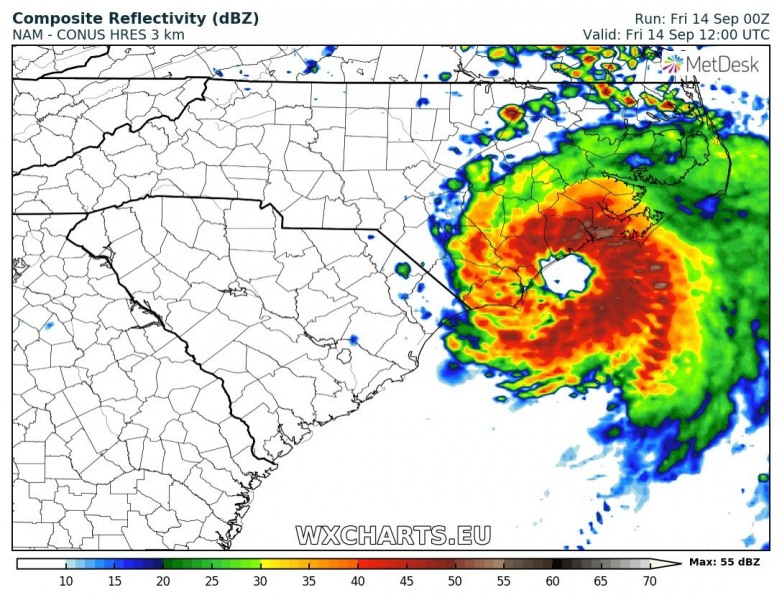 Latest NAM model has pushed the rainfall accumulations into near 50 inches (= 1250 mm) until Sunday morning local time. If this verifies, parts of coastal North Carolina will be under a few feet of water. Especially after taking in account the major storm surge as well.

The future track pushes Florence towards west this weekend before the storms turns into tropical depression over the Appalachian Mountains and accelerates towards the NE United States early next week. 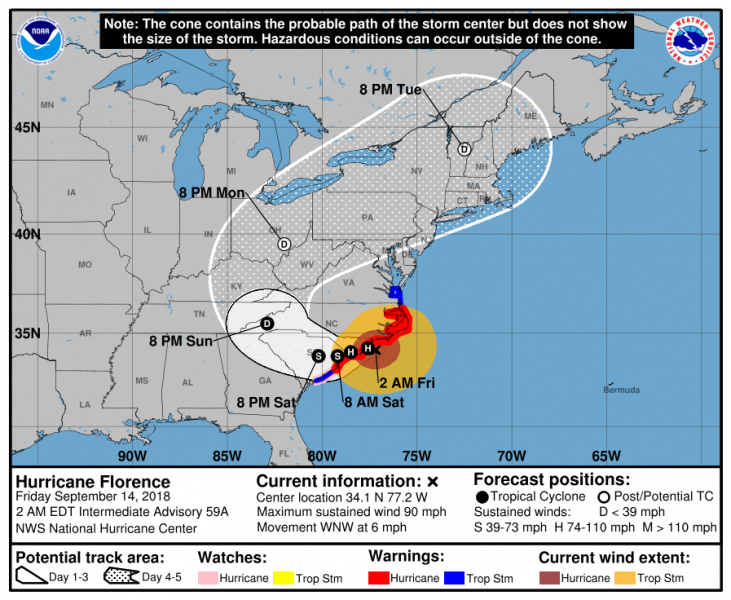