An exceptional Himawari-8 satellite presentation of Category 5 Super Typhoon Mangkhut during the sunset time over Philippines.

These are the likely forecast tracks per various model runs, a direct hit/landfall in the northern tip of Luzon is expected. Typhoons of such intensity usually tend to wobble just prior to landfall so the exact future track is very hard to forecast. However, when Category 5 storms are concerned, a shift in track 50 km up/down does not make much of a difference. The windfield of Mangkhut is so extremely intense and large, the whole north part of Luzon will be affected by intense hurricane force winds. About the worst scenario among all (bad) scenarios is if the landfall is just east of Tuguegarao city: this would put the extreme NE part of Luzon into the greatest and most intense wind field inside Mangkhut since front-end quadrant is the most severe due to a forward momentum. The devastation there will be huge!

The sea surface temperature ahead of Mangkhut is very high, between 29 and 30 °C. This results in extremely favorable conditions, as a lot of moisture is present in the boundary layer, “fueling” the typhoon. The Ocean Heat Content map suggests Mangkhut is arriving into the most favorable area within the next 6 hours, so some additional strengthening may be expected overnight, just prior to making landfall. We could be seeing an increase in strength, back to around 180 mph (290 km/h) sustained winds.

Attached are some more extremely impressive satellite images, both in visible and infrared spectrum. Analysis of both confirms that a very intense eyewall surrounds Mangkhut’s eye and no signs of possible Eyewall Replacement Cycle (ERC) before landfall are visible. A possible ERC would weaken the storm somewhat, but seems highly unlikely at this time. 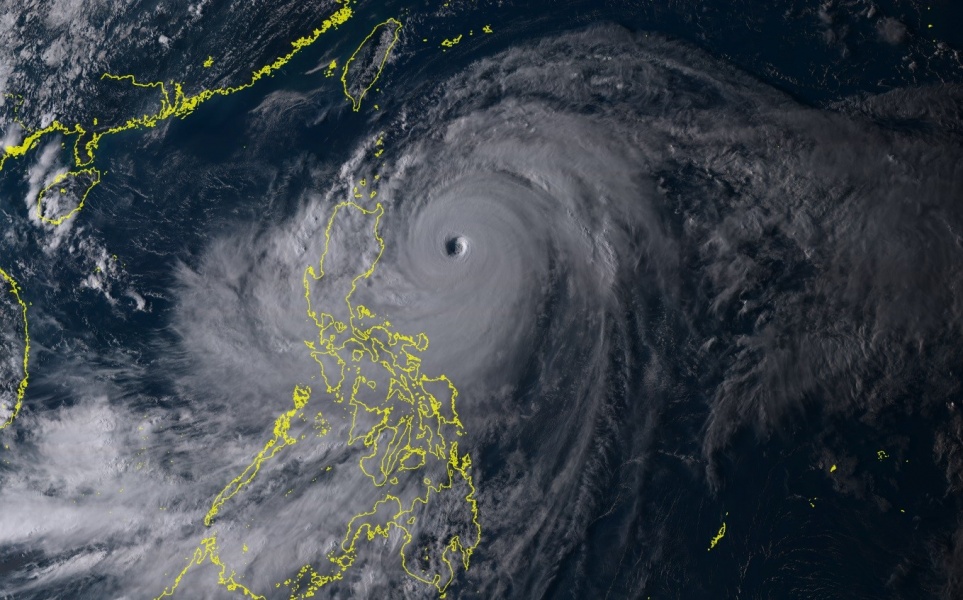 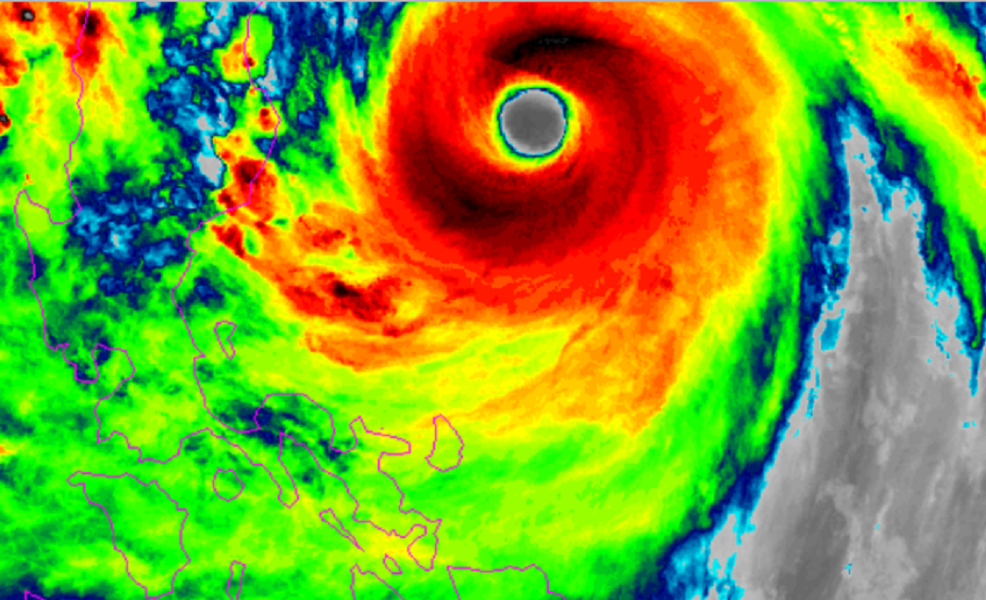 We will have more updates when next data becomes available. North Luzon will be facing a widespread damage from this typhoon, both from intense rainfall, flash floods and related landslides across the mountainous terrain, river flooding and the 250-300 km/h sustained wind damage. Coastal areas will also face major storm surge danger.