While many are focusing on the dangerous major hurricane Florence, there is another interesting and potentially dangerous tropical system in the Atlantic. The Category 1 hurricane Helene is heading towards Europe early next week. Helene is currently still in the central Atlantic, but is moving towards the Azores. Later on, Helene will become a post-tropical storm and accelerates towards western Europe. It is possible the ex-hurricane Helene will be pushed into British isles and Ireland on Monday and bring gale force winds and torrential rainfall into the region.

The latest satellite observations of Helene reveal it is still a solid Category 1 hurricane, with sustained winds of 92 mph and central pressure around 977 mbar. For now it is still moving NNW, but expected to turn NE on Friday and approach the Azores. 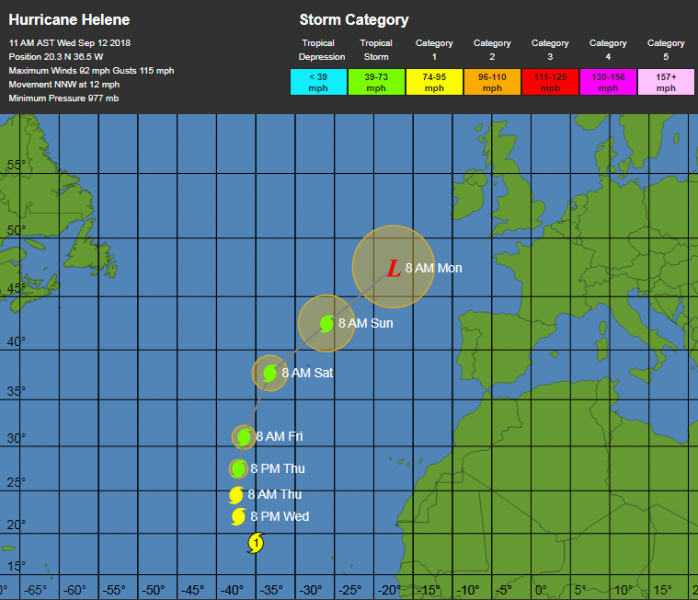 Helene is expected to cross Azores on late Saturday, Sept 15th with strong Tropical storm force winds – sustained winds of 100-120 km/h. Most of the models are tending in this way and Azores will be affected directly. 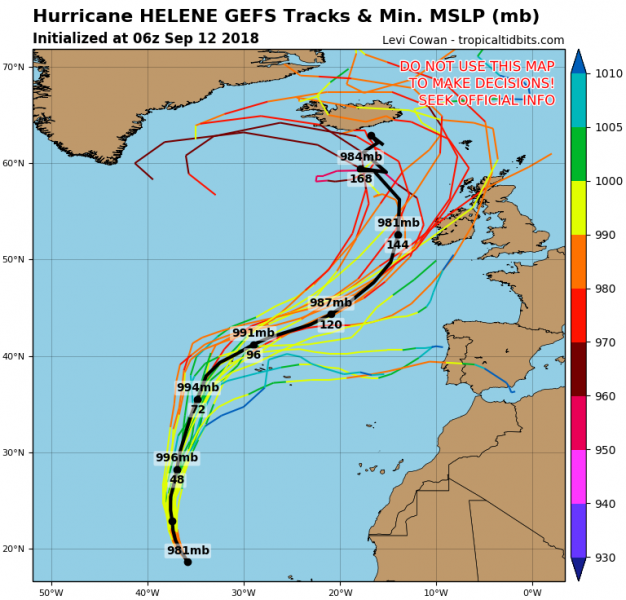 An intensity map for Helene suggests it will likely have winds of Category 1 or Tropical Storm strength through the next 5 days. 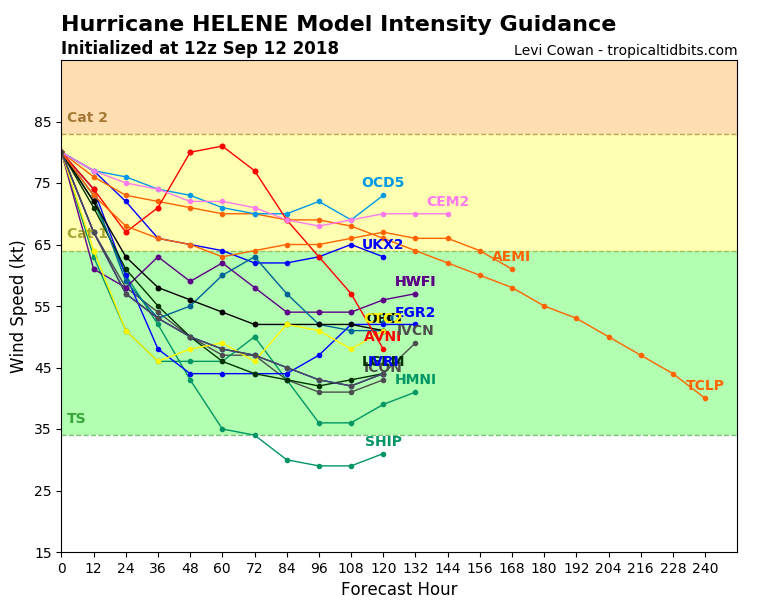 Helene will then likely lose most of its tropical characteristics and become an extra-tropical (post-tropical) storm and head towards the western Europe this weekend. Various models are simulating its path towards Ireland, most likely it would impact the island on Monday, Sept 17th. However, the potential impact is still 6 days ahead, so the track could change and ex-hurricane Helene would pass into N Atlantic just west of British Isles and Ireland. On some ensemble options, the storm could eventually move towards the Iberian peninsula too. 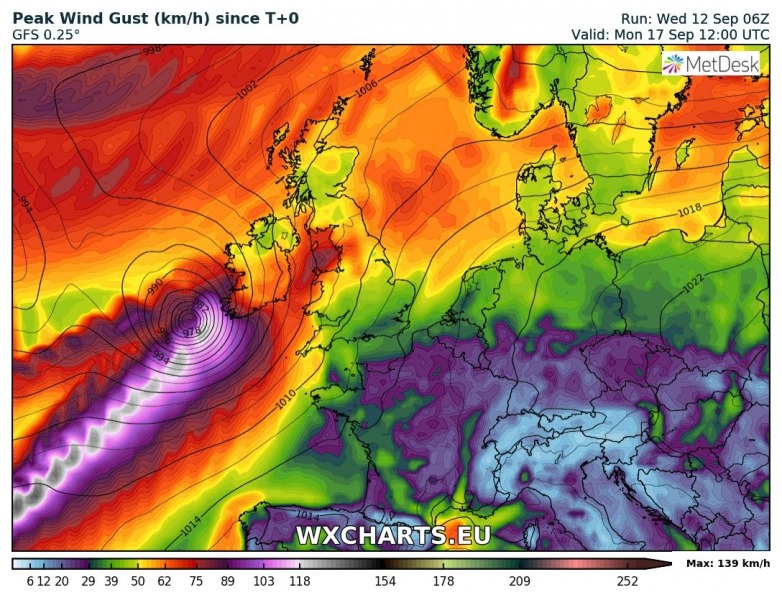 The eye has become less distinct, but the overall convective pattern remains well organized and symmetric. Based on the latest Dvorak estimates, the initial intensity is kept at 80 kt. Most of the guidance show a significant increase in the shear in 24 hours, but the SSTs are not changing much for the next 2 days or so, thus gradual weakening is forecast. After that time, both shear and SSTs will become belligerently unfavorable, resulting in additional weakening. By the end of the forecast period, Helene should have acquired extratropical characteristic.

The hurricane is moving toward the north-northwest or 340 degrees at 12 kt, embedded in the southerly flow to the east of the digging trough over the central Atlantic. Since the trough is forecast to amplify, Helene will be forced to turn to the north-northeast and northeast with an increase in forward speed. The global models remain in fairly good agreement on the current forecast track of Helene, and they all bring the cyclone near the Azores in 3 or 4 days. Interests in those islands should closely monitor the progress of Helene over the next several days.

We are closely monitored the evolution, so stay tuned for further updates on Helene as it nears Azores later this week.