Interested in lightning? Here are Top 10 most interesting and surprising facts about this awesome phenomenon:

1. Can lightning strikeout of a blue sky? Yes, almost. 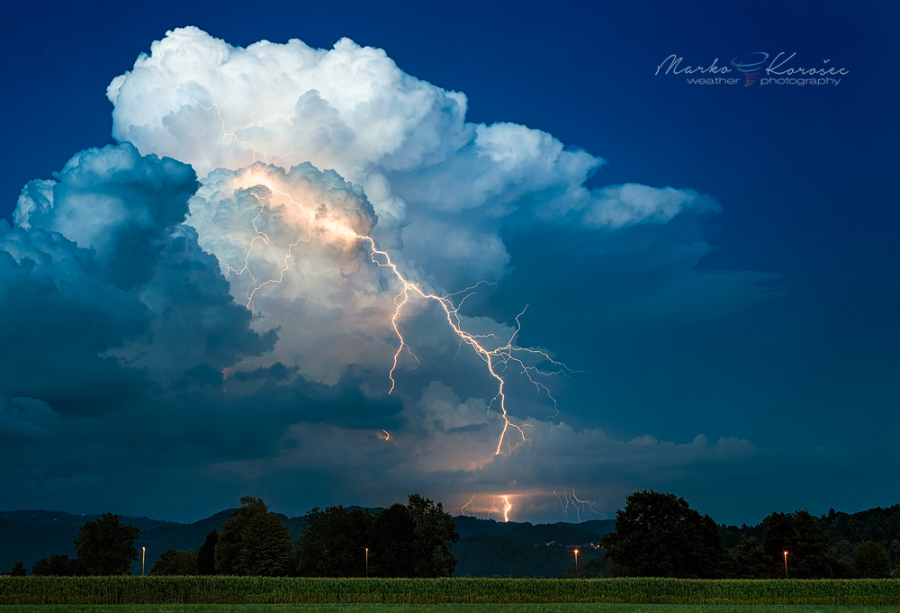 Bolt from the blue from the updraft tower on a storm in central Slovenia on July 21, 2016. Photo: Marko Korošec.

While most bolts from the blue hit within several tens of kilometers of the thunderstorms, they can reach much further out. A bolt from the blue struck 74 km (46 miles) ahead of an advancing squall line near Ponca City, Oklahoma on June 25, 2018.

Not feeling very safe? How about this? The longest detected lightning bolt happened on June 20, 2007 in Oklahoma. Remote lightning sensors detected a bolt which covered a horizontal distance of 321 km (199.5 miles). The bolt propagated from the main storm updraft along the stratiform anvil region of the storm (anvil crawler). Along the way, the lightning bolt produced 13 cloud-to-ground strikes. While technically not a bolt from the blue, the distance from the main thunderstorm updraft makes this a record-setting event.

All seven strikes were documented by the superintendent of Shenandoah National Park, R. Taylor Hoskins. He was not, however, present during any of the seven reported events.

It is extremely unlikely that Mr. Sullivan was actually hit directly 7 times, rather at least some of the hits were indirect. 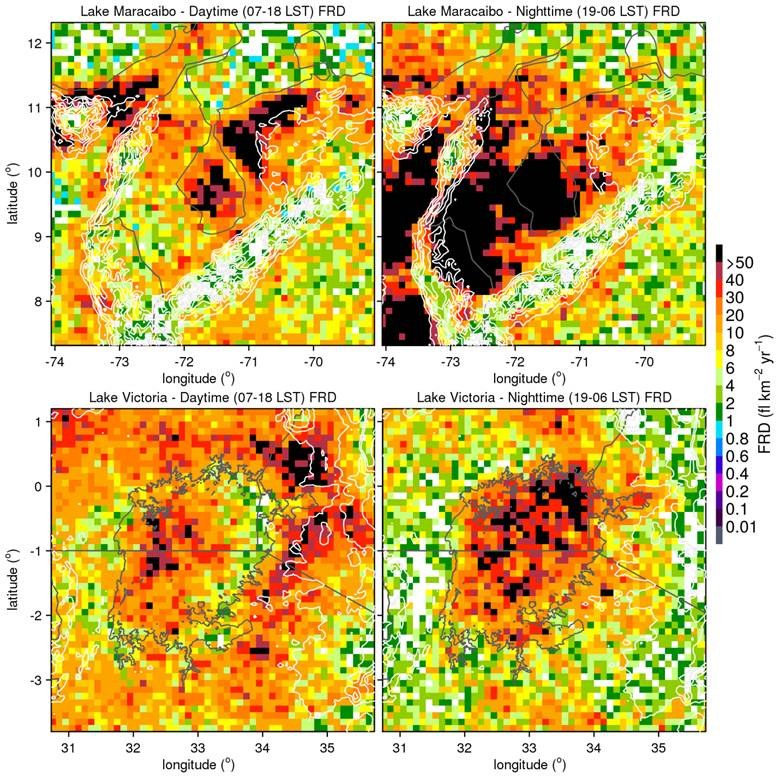 Comparison of lightning flash rate for Lake Maracaibo and Lake Victoria, the previous record holder for the highest lightning rate in the world. Units are in lightning flashes per square kilometer per year. Map: University of São Paulo.

Catatumbo lightning: The place with the highest lightning activity in the world 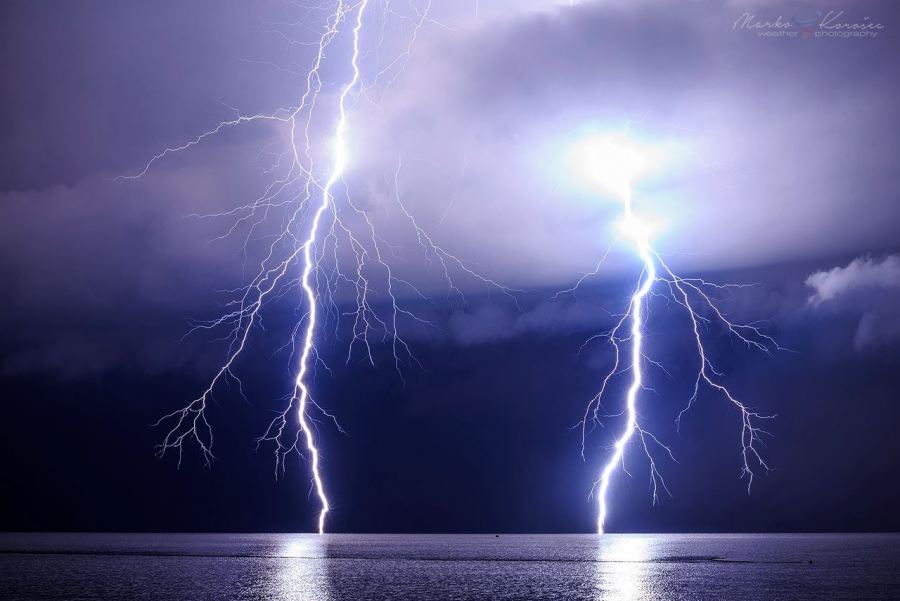 On to the next 5 interesting and surprising lightning facts

6. In 1769 lightning struck the Church of St. Nazaire in Brescia, North Italy igniting 90 tonnes of gunpowder.

This event, also known as the Brescia explosion happened on August 1769. A lightning bolt struck the Bastion of San Nazaro where the Republic of Venice stored no less than 90 000 kg of gunpowder. The massive explosion hurled large stones up to a kilometer from the site, hitting buildings and people. City gates were blown open as were doors of houses and shops. Reports indicate about a sixth of the city was destroyed and possibly up to 3000 people died in the blast, although an official account reports 400 fatalities and 800 injuries.

7. There are lightning superbolts
Lightning super bolts are loosely defined as 100 times more intense than average lightning. About 1 in 1000 lightning bolts exceeds an (optical) power of 100 GW and about 5 flashes in a hundred million exceed an optical power of 3000 GW.

A super bolt on May 31, 2012, in Tulsa, Oklahoma rattled the town with earthquake-like shaking. Car alarms were set off almost a kilometer from the strike and picture frames fell off the walls! A super bolt in Illinois is reported to have broken windows, shook houses and produced a 2-m wide and 30-cm deep crater at the strike point. 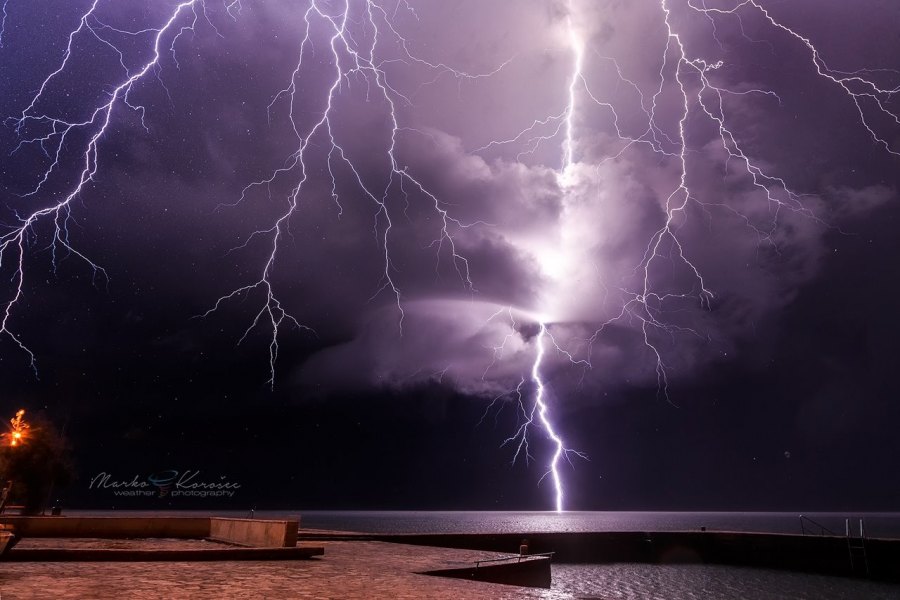 8. The electric field from an approaching thunderstorm can make your hair stand on end
Hair standing on end is a bone-chilling precursor to a nearby lightning strike. Remember those experiments in school, where you rubbed a plastic rod against a cloth, held it to close to your head and your hair stood on end? When you rub the balloon against your sweater, charge separation occurs: electrons are transferred to the balloon. Both the sweater and the balloon acquire static charge, the balloon positive, and your sweater negative. When you move the balloon to your hair, the negative charge on the balloon induces a positive charge on your hair, making it stand on end. 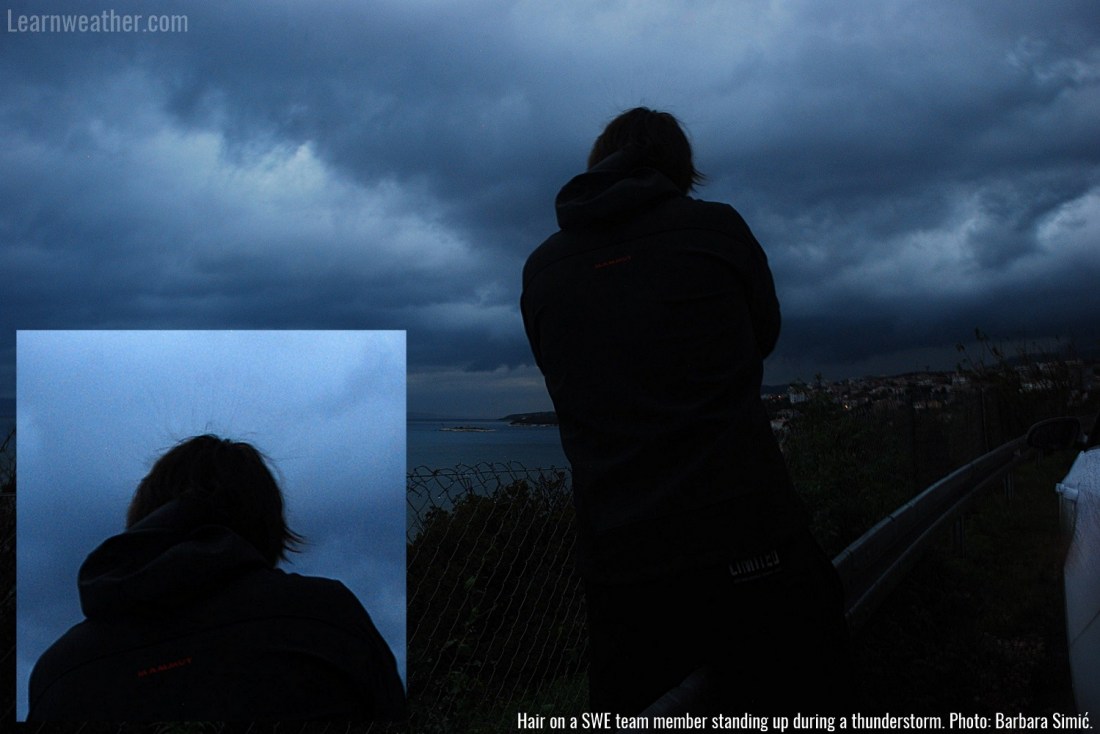 Hair standing due to the intense electric field. You are in the danger zone if this happens to you.

10. Better odds than the lottery

Your odds of being hit by lightning are actually better than your odds of winning the lottery. Of course, your odds depend a lot on your location; you are fairly safe from lightning if you live in the arctic circle. In places with more lightning, it is a different matter. In the U.S., the National Weather Service estimates the odds of being struck by lightning in your lifetime is approximately 1 / 15 300. About 10% of lightning strikes result in death, but as much as 70% leave permanent effects.

How to photograph lightning – Lightning photography 101