Autumn is usually a bridge between summer and winter. A slow and steady transition, when the hot air masses are moving out in the south, and colder air from the north gets more frequent and goes further south. Well, this weekend in the USA, we will see both summer and winter at the same time!

A strong low pressure system will move down from western Canada into northwest USA. It will bring a cold airmass from the north and a lot of precipitation, which will fall mostly as snow in the higher elevations of the Rocky Mountains. In the east, there is a strong and persistent ridge (high pressure system), which is keeping the temperatures in the southeast over 32°C for a long period of time now, breaking many September temperature records. 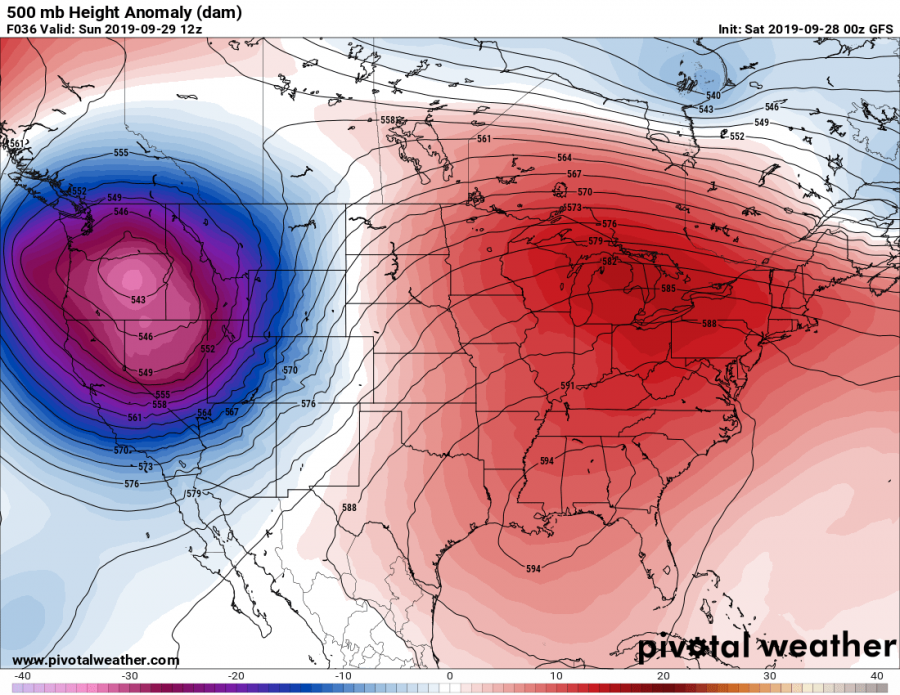 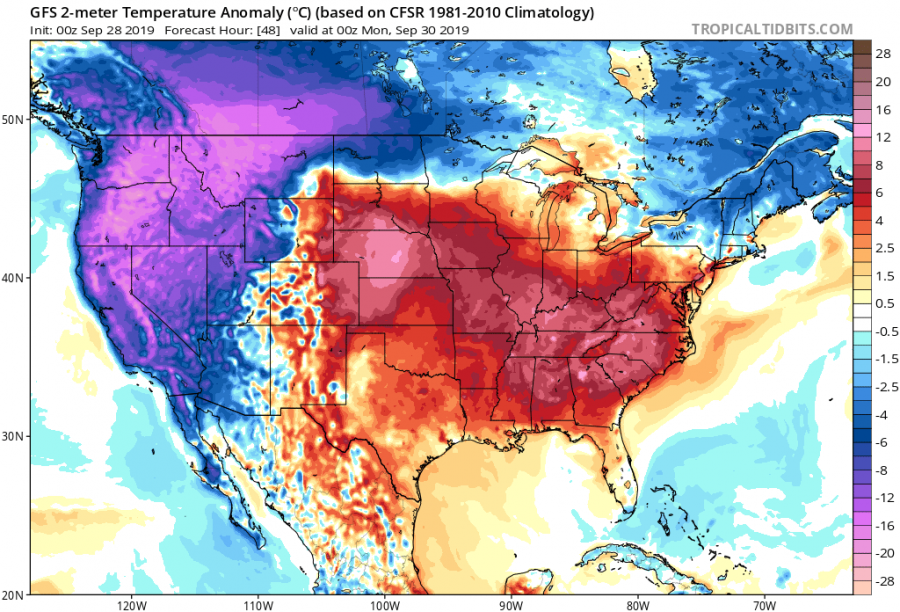 This snowstorm will be quite strong, as it is expected to drop over 1 meter of fresh snow in the highlands. Snowfall is also expected lower down, but is not expected to have any significant accumulations on the lowest altitudes. The map shows total snowfall in inches. 1 inch is roughly around 25 mm or 2,5 cm. So 4 inches equals 10 cm. 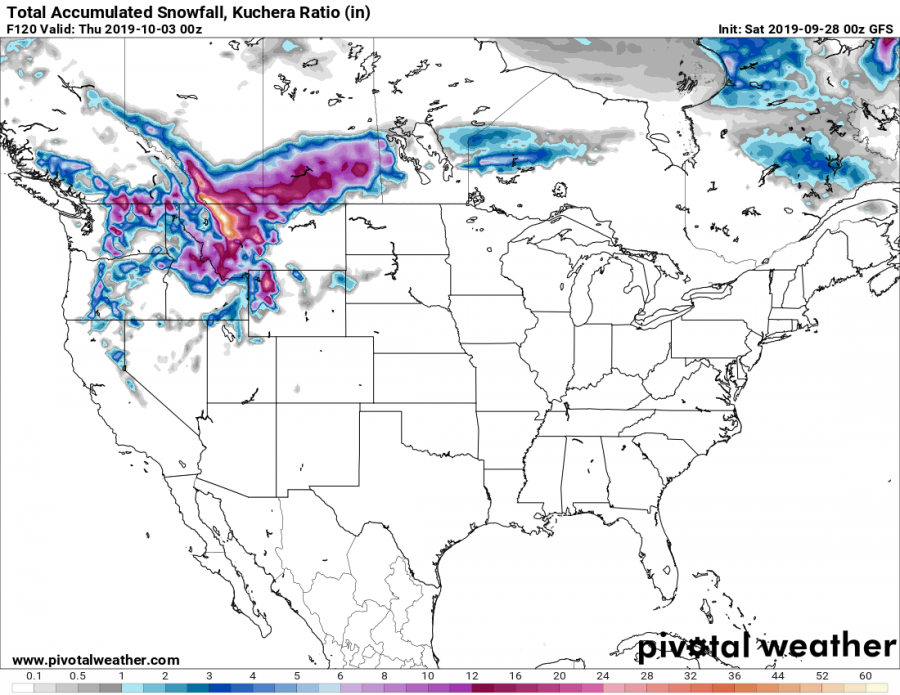 The snow cover is not expected to stay thick for long, as next weekend a high pressure system will move over the northwest, followed by a low pressure system from the Pacific a few days later, which will bring south winds and higher temperatures. 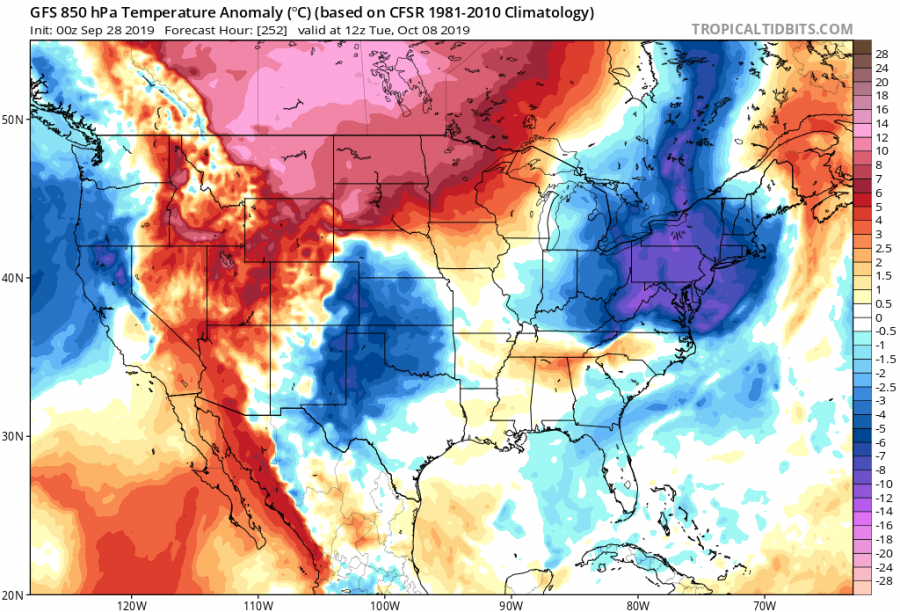 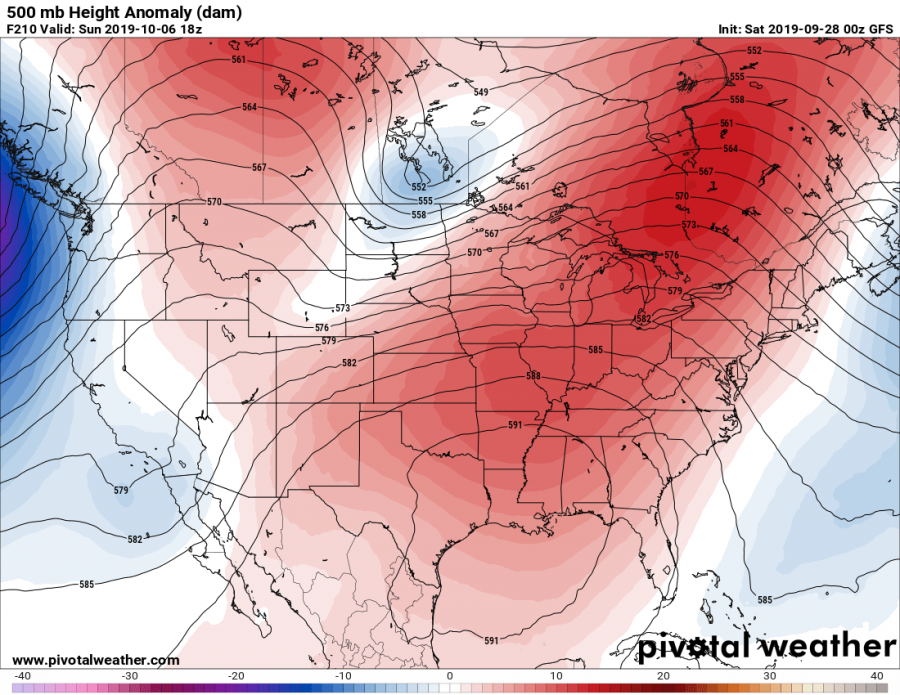